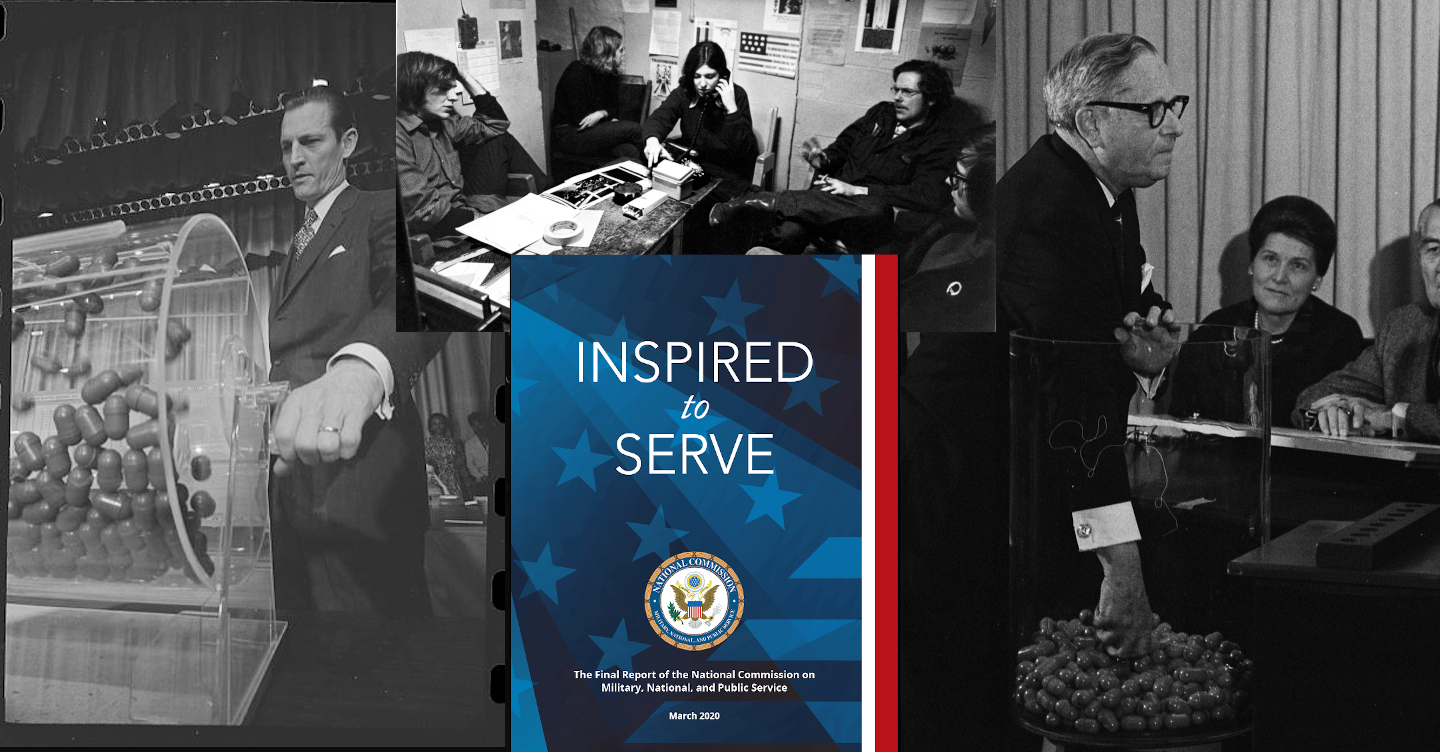 The National Commission on Military, National, and Public Service released its report “Inspired to Serve” on 25 March 2020. The Commission’s two primary statutory charges were: (1) to “conduct a review of the military selective service process” and (2) to “consider methods to increase participation in military, national, and public service in order to address national security and other public service needs of the Nation.” In concert with this release A BETTER PEACE welcomes Amy Rutenberg to the studio to discuss how the Vietnam-era draft affected society and how the U.S. transitioned to the all volunteer force. She joins our Editor-In-Chief Jacqueline Whitt to examine the unintended consequences and discriminations of draft policy, deferments and the evolution of what she calls the martial citizen.

Amy Rutenberg is an Assistant Professor at Iowa State University. She researches the connections among war, U.S. society, citizenship, and gender. Jacqueline E. Whitt is an Associate Professor of Strategy at the U.S. Army War College and the Editor-in-Chief of WAR ROOM. The views expressed in this presentation are those of the speakers and do not necessarily reflect those of the U.S. Army War College, U.S. Army, or Department of Defense.