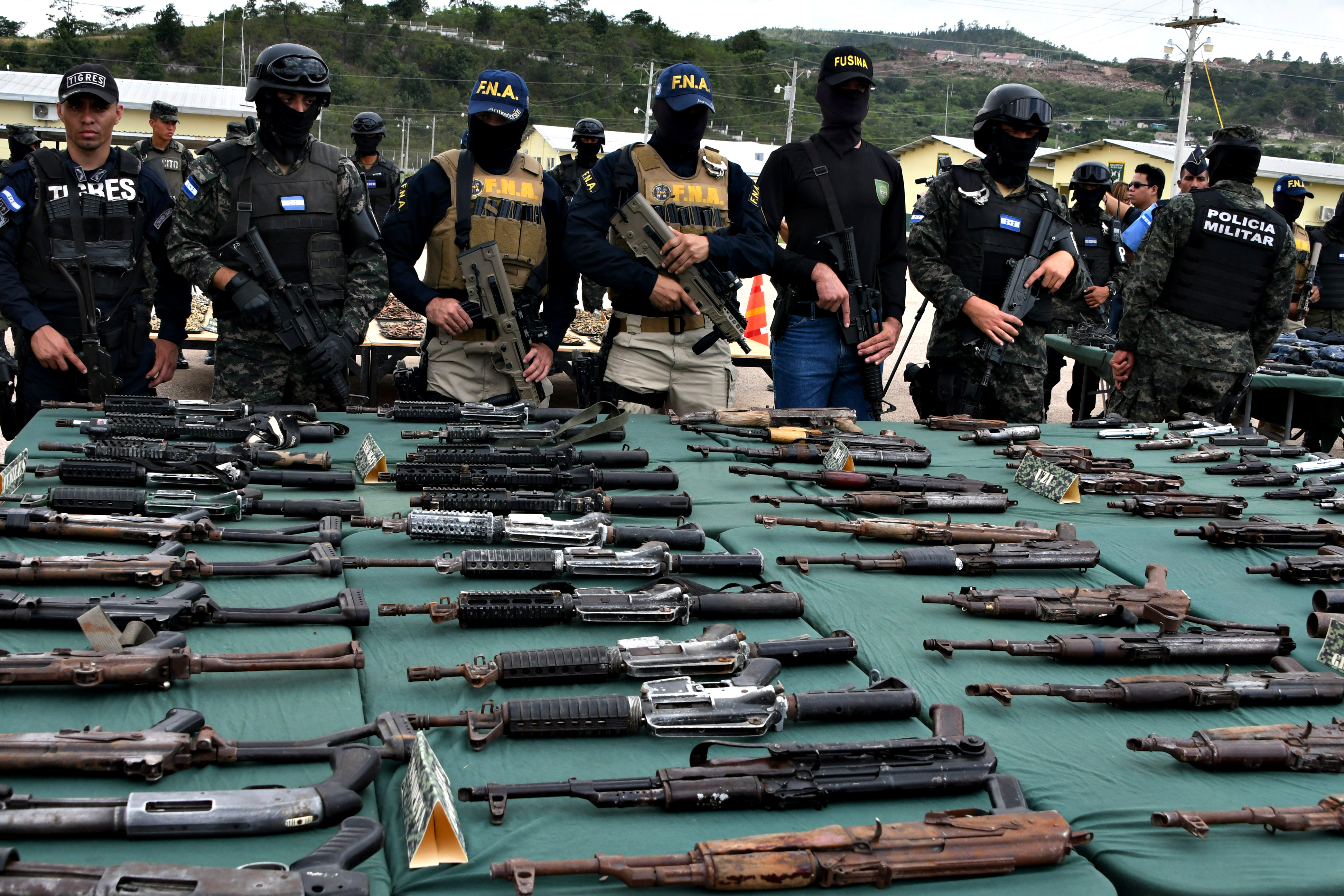 Paul Kan and Jacqueline E. Whitt discuss organized crime as an important force in the global security environment. Whether organized criminal activity by large transnational groups or networks of smaller groups perpetrating similar criminal behaviors like money laundering, organized crime has a destablizing effect on governments and societies. The speakers discuss the challenges of separating legal from illegal activity and the dispels a number of myths surrounding organized crime built up in popular media.

Photo: Police and military specialized units personnel custody an assortment of assault rifles seized to members of the Barrio 18 and Mara Salvatrucha gangs after an operation launched at the Marco Aurelio Soto national penitentiary in Tamara, 20 km north of Tegucigalpa, on August 29, 2017.