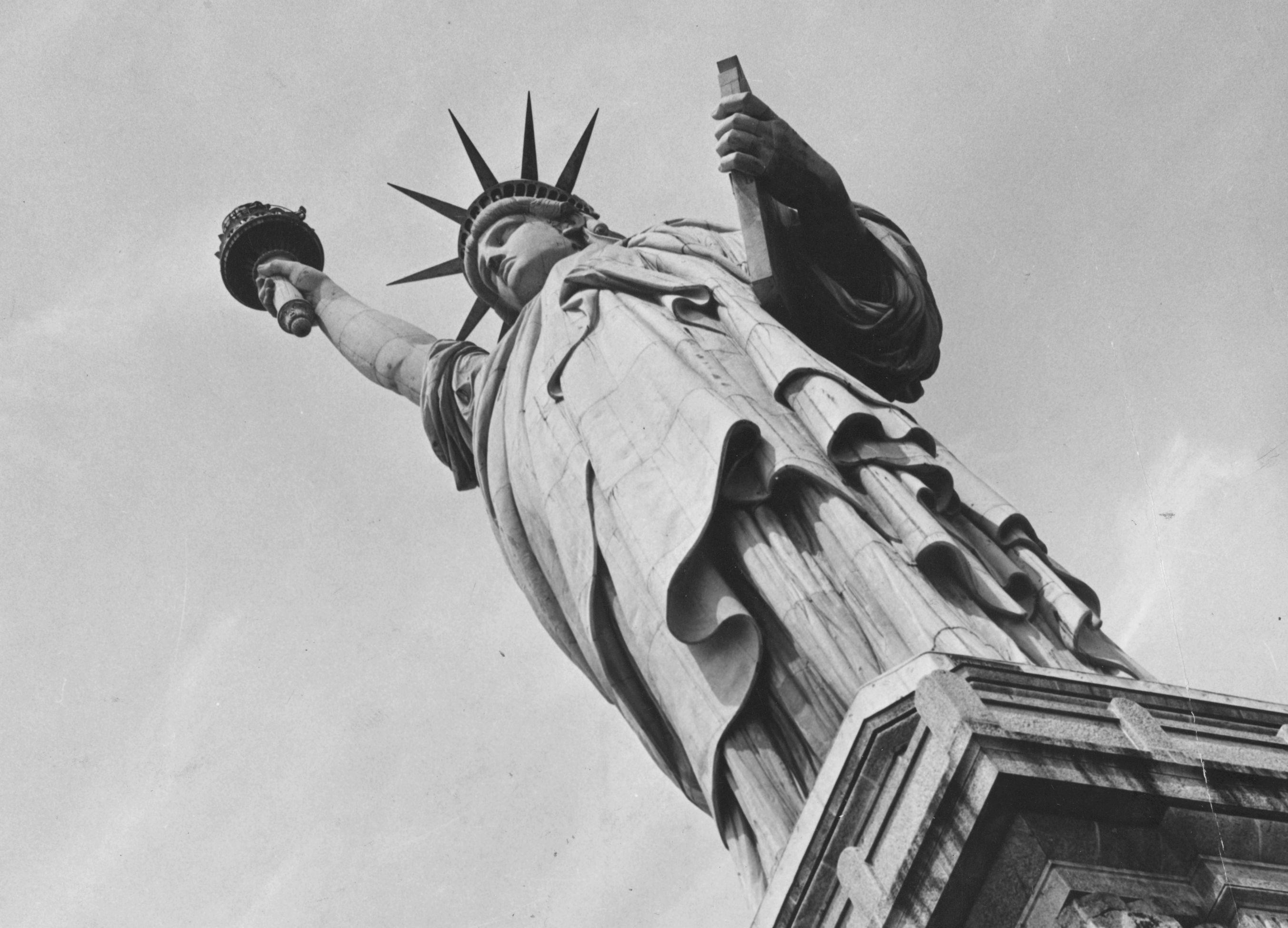 Hope … is at the core of the most successful components of American grand strategy over the last seventy-plus years.

“Hope is not a strategy” is the ultimate morsel of accepted certainty, an effective way to shut down an argument with someone who dares utter the word “hope” in a national security strategy debate. When it comes to American grand strategy, it is also dead wrong. Hope is not just a strategy; it is at the heart of the most successful components of American grand strategy over the last seventy-plus years. The idea is worth re-discovering if we are to find ways to deal with America’s biggest strategic challenges.

The core of the “hope is not a strategy” mindset (or, sometimes, “hope is not a plan” or “hope is not a course of action”) carries some validity. It’s meant to express the uncontroversial notion that action is more important than words, careful planning is more valuable than lofty ideas. It expresses the idea that it is better to be prepared than not, better to be a sheepdog than a sheep. Used in this manner, “hope is not a strategy” represents unassailable reasoning. Any strategy that only espouses high ideals without at least laying the groundwork for turning that strategy into reality is fruitless at best and hazardous at worst.

Like many pithy sayings, though, “hope is not a strategy” has been overused and stretched thin, to the point where “hope” is seen as almost a dirty word, particularly in national security debates. When candidate Barack Obama dared make “hope and change” his campaign theme, Republican candidate Rudy Giuliani shot back, arguing that “‘change’ is not a destination, just as ‘hope’ is not a strategy.” The saying (or some variant) has been made into books, including a scathing criticism of the Obama presidency and a business leadership tutorial by a former Army Chief of Staff. In recent years, Chuck Hagel, John Boehner, Mitt Romney, and the Cato Institute have been among those who have headlined the phrase to argue matters of national security strategy. The phrase is common in military circles; staff officers who utter the word “hope” in a briefing are quickly dispatched back to the drawing room with a cutting use of the “hope is not a strategy” phrase.

Yes, hope – standing alone, unmoored to any concrete action or contingency plans – is not a strategy. But we would do well to remember that when it comes down to it, hope is not just a strategy; it is the only strategy America really has, and it should spur us to action, instead of remaining paralyzed by endless, realist, what-ifs.

When the signers of the Declaration of Independence put their lives, fortunes, and sacred honor on the line against the greatest military power on Earth, they certainly had no guarantee of a successful outcome. They did what they thought was right – what they had to do – and then they prayed and (yes) hoped for the best. Eleven years later, the Framers of the Constitution attempted an experiment unlike any other: government by the governed. They had no assurance this experiment would work out. As Justice Oliver Wendell Holmes wrote 132 years later, the Constitution “is an experiment, as all life is an experiment. Every year, if not every day, we have to wager our salvation upon some prophecy based on imperfect knowledge.”

On June 5, 1944, when General Dwight D. Eisenhower gave the go-ahead for Operation Overlord, hope played a prominent role in the decision. Certainly, exhaustively careful planning had gone into the unprecedented invasion, but Eisenhower still faced a series of unknowns and potential complications, resulting in a “soul-racking” question of whether to approve the invasion. Eisenhower, who famously believed that “pessimism never won any battle,” approved the plan, and history changed.

Ask anyone for an example of successful U.S. grand strategy, and the answer will likely come back as the U.S.’s containment strategy toward the emerging Soviet threat in the 1940s and 1950s. George Kennan’s “Long Telegram,” the document that formed the basis for containment, is suffused with hope and optimism – the recognition that fundamentally Western democracy was a better model than Soviet-style Communism, and that with time, persistence, and confidence, the American-led Western model would ultimately prevail, regardless of what unknown obstacles may present themselves.

Hope is not a strategy confined to either American political party, and it is not merely what leaders do when they are out of options. Rather, hope in the power of Western-style liberal democracy, and the belief that its values will inspire hope in others, formed the narrative of American grand strategy for decades. At the end of the Cold War, President George H.W. Bush foresaw a “new world of hope and possibilities and hope for our children,” and he set American strategy accordingly, charting a cautious but resolute path toward opening up formerly repressed regions. President Clinton extended this course of hopeful engagement; his final National Security Strategy called for the United States to “bring our country’s strengths directly to international publics, governments, and militaries, with the hope that this exposure may inspire others to promote democracy and the free market.” President George W. Bush came into office advocating a more cautious approach, but he soon mirrored many of President Clinton’s policies by actively involving the U.S. in the Middle East, in the belief that, “The best hope for peace in our world is the expansion of freedom in all the world.” The long-term wisdom of these administrations’ engagement strategies may still be up for debate, but the fact remains that hope has long been a unifying theme of American national security strategy.

Hope as a strategy builds trust, inspires solutions to wicked problems, and helps us learn from our failures.

Today, however, American grand strategy seems to have bought into the idea that hope is not a strategy. The most recent National Security Strategy uses the word “hope” only twice, once in critiquing former administrations’ economic engagement policies. The hope-fueled liberal internationalism that built the U.S.-led international order and formed the foundation of American grand strategy for more than 70 years has come under scrutiny, with the current administration critiquing American involvement in NATO, pulling out of the Trans-Pacific Partnership and announcing an intent to do the same with the Paris Accords. Liberal internationalism has been replaced by a strategy of principled realism and global competition. Even today, as our South Korean friends engage in hopeful engagement with their North Korean kin at the Olympics, the U.S. response is to stress the drawbacks in engaging with the dangerous and cruel regime. The Trump Administration has been criticized for lacking a cohesive narrative in its grand strategy; for better or worse, hope provided that narrative for decades. Now, the hope that America can lead the world through its example and through its engagement with other nations has yielded to a amalgam of hard practicality, cautious preparation, and principled self-interest.

Whether this fundamental shift is wise or not—and certainly an argument can be made that a hopeful strategy of engagement, cooperation and liberal internationalism should not be blindly followed—it should not be shaped by the reflexive distrust of optimism. As a Harvard Business Review article noted in a different context, hope as a strategy builds trust, inspires solutions to wicked problems, and helps us learn from our failures. A national security strategy that at least recognizes a role for hope might spur creative approaches to strategic problems with Russia, China, and North Korea, not to mention wicked problems such as climate change and economic imbalance, challenges to which current American strategy has not proposed real responses.

Strategy is not a science; it is an art of big-picture thought, communication, and constant adaptation. As the optimist Eisenhower said, “Plans are worthless, but planning is everything.” Strategy works best by laying out an optimistic big picture and working out contingencies as they come, rather than dogmatically insisting on a “foolproof,” rock-solid plan before taking any action at all. “Hope is not a strategy” may be an accepted aphorism, but so is the adage that “an 80 percent solution today is better than a 100 percent solution tomorrow or next week.” Hope need not be the ending point of strategy, but it is an essential element. It frames strategy’s narrative, and it prevents paralysis by analysis, allowing for creative, optimistic adaptation.

The icon of the Republican party, former President Ronald Reagan, once said that “America is too great for small dreams.” Today’s strategy-makers would do well to remember this. The “hope is not a strategy” mindset results in inaction and paralysis, while a strategy of hope inspires creativity and bold action. Until recently, America understood this, and it used hope as the cornerstone of a strategy that built a world of unquestioned American dominance. America’s strategic challenges are weighty and varied. They demand a healthy dose of hope in our strategy.