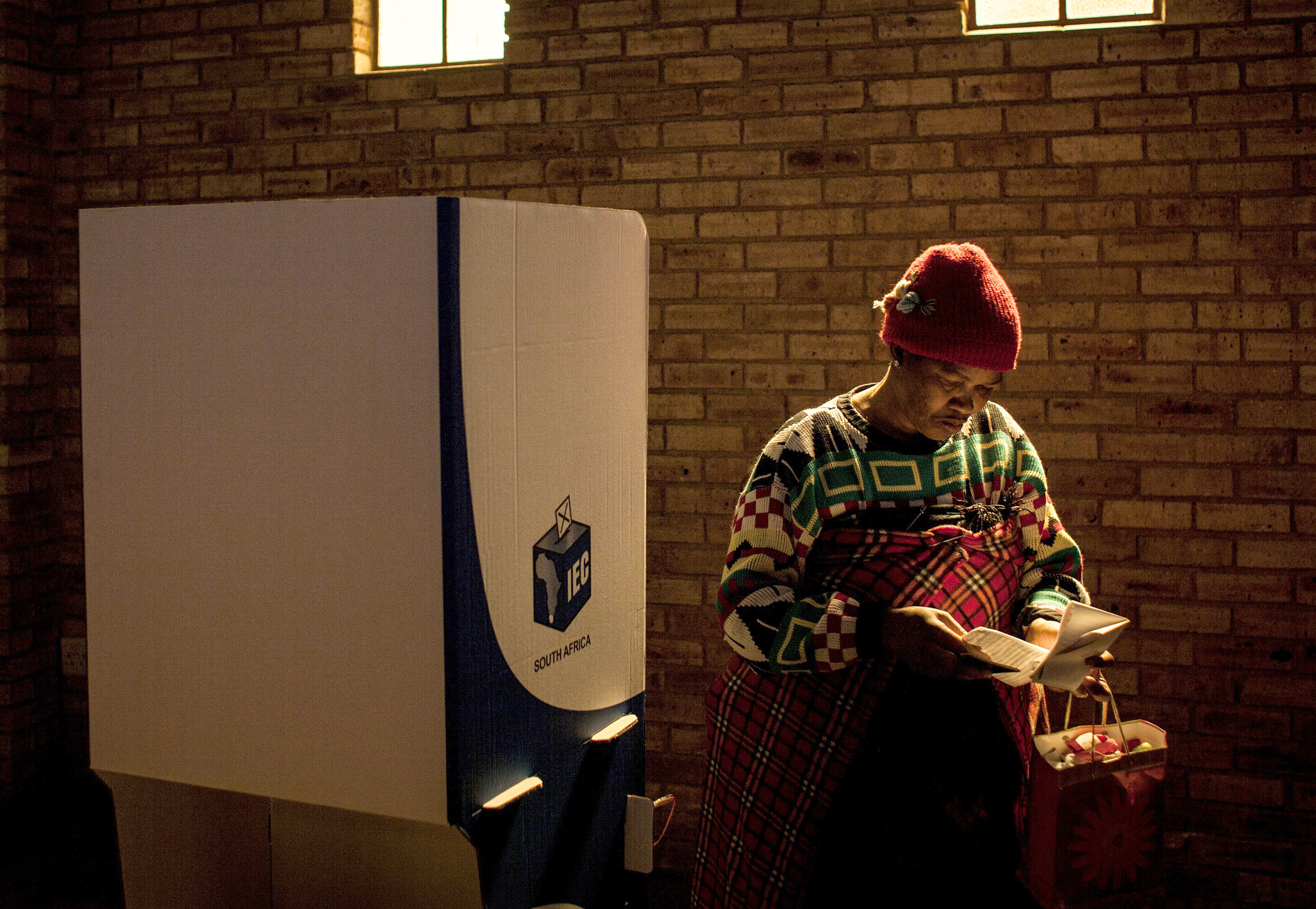 If [President Mnangagwa] wants a genuine legacy of someone who has restored Zimbabwe to great prominence, he has an opportunity here, but … they have to show us.

The elections in South Africa signal a potential turning point in the nation’s politics. Since of end of apartheid, the Africa National Congress, or ANC, has been the dominant party both politically and symbolically with Nelson Mandela being the first President of the newly-integrated nation. However, due to systemic corruption and other problems, the ANC is facing growing competition from other parties for the first time. What does this mean for the nation as national elections approach. Join Dan Hampton from the Africa Center for Strategic Studies and the Army War College’s Director of African Studies Chris Wyatt as the as they discuss South Africa’s present and future.

Photo: A woman looks at documents as she gets ready to cast her ballot during municipal elections at a polling station on August 3, 2016 in Soweto’s Freedom Park, South Africa.