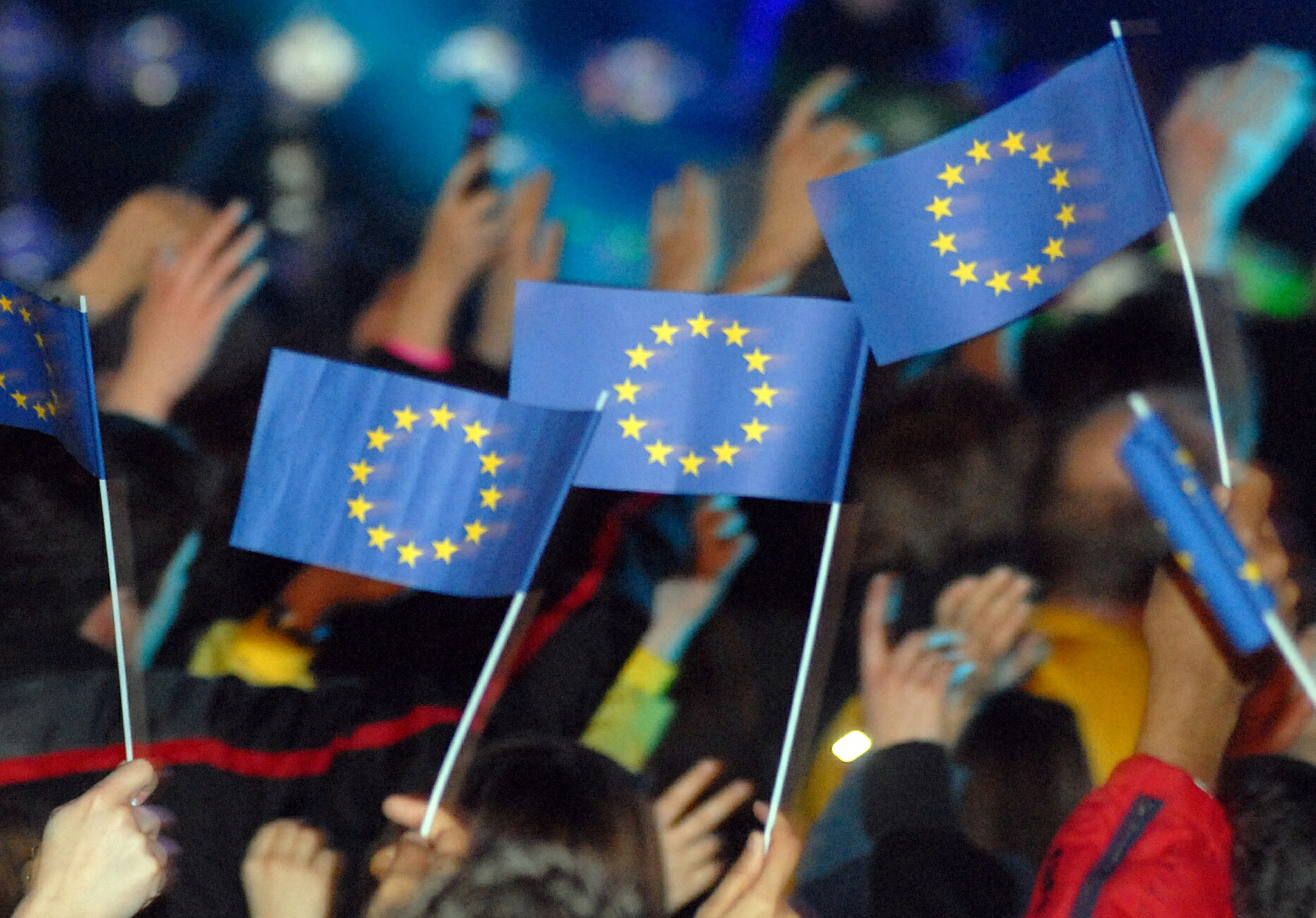 Five allied powers … set out a bold program of cooperation in areas ranging from cultural and economic cooperation to mutual security. … Most of these ambitions have come to fruition.

On March 17th, 2018, millions will celebrate the Feast of Saint Patrick, the patron saint of Ireland. However, another significant historical event will pass largely unnoticed. This year marks the 70th anniversary of one of the most ambitious and, to date, successful treaties in European history. On March 17, 1948, five allied powers from World War II signed the Treaty of Brussels, which, in an attempt to end two thousand years of intra-European warfare, set out a bold program of cooperation in areas ranging from cultural and economic cooperation to mutual security.  What makes this anniversary memorable is not so much what these countries aspired to in that treaty, but that most of these ambitions have come to fruition. At a time when pessimism seems to dominate international relations, we should consider the extraordinary achievement of the European project.

Why should we care? Since World War II, the benefits to the United States of alliances, such as NATO, and economic partners, such as the European Union, have far exceeded the costs. The National Defense Strategy recognizes the benefits provided by our European allies and resolves to strengthen those partnerships to address the mutual challenges faced by the United States and its European allies. For example, European members of NATO continue to contribute forces to Operation Resolute Support in Afghanistan in addition to the Enhanced Forward Presence footprint to deter Russian aggression. The EU has also become a key partner in addressing terrorist threats in Europe and Africa. Just as importantly, European nations share the same democratic values and support for the global liberal order as the United States. The EU is also the largest trading partner with the United States. The EU foreign direct investment in the United States exceeded $2.5 trillion euro in 2015, while U.S. investment in Europe surpassed $2.4 trillion euro. While the EU has struggled recently to find its way forward in the aftermath of Brexit, it remains a strong partner with the United States in pursuing a more peaceful and prosperous European continent.

The Treaty of Brussels was a constructive response to the devastation of two World Wars which had left the continent in economic, political and social turmoil. In 1944, the governments of Belgium, Luxembourg, and the Netherlands signed a treaty establishing the Benelux Customs Union, even while their countries were under German occupation. The end of World War II saw the creation of the United Nations, with 50 countries ratifying the charter. In spite of these gains, there was growing concern about the threat posed by the Soviet Union and lingering fears of the possibility of a resurgent and revanchist Germany.

These circumstances set the stage for the Treaty of Brussels. Having been occupied (or the target of invasion) by Germany in World War II, Belgium, France, Luxembourg, the Netherlands, and the United Kingdom were the signatories of the treaty. The treaty contained ten articles and focused on several areas of cooperation. The first of these was a commitment to the principles of human rights and democracy. The next overarching aim was to strengthen “the economic, social and cultural ties by which they (were) already united.” This ambitious goal depended upon economic recovery and efforts to provide security succeeding.

In the primary line of effort, the signatories pledged to coordinate in European economic recovery efforts. These efforts began in earnest with creation of the European Coal and Steel Community (ECSC) in 1951. The ECSC was significant in that it included not only most of the members of the Treaty of Brussels, but also West Germany and Italy. The ECSC brought the former belligerents of the past two wars together to cooperate in the production and sale of coal and steel; these were the two key commodities needed not only for economic reconstruction, but also mobilization for war. The goal was to facilitate economic recovery and to promote a lasting reconciliation between the former belligerents.

The ECSC was so successful that the Treaty of Rome was ratified in 1957, creating two new institutions: the European Economic Community (EEC) – to further integrate European economies into a customs union – and the European Atomic Energy Community (Euratom) – to jointly develop Europe’s nuclear resources. The EEC succeeded in its original aim in that it accelerated the post-war recovery in Europe and also led to greater economic, social and political integration. The culmination of these efforts was the creation of the European Union (EU) in 1992 and the introduction of the euro in 1999. While many underestimate the EU as an economic power, the European Union is the world’s second largest economy, next to the United States. It is also the largest trade block in the world and the world’s largest exporter of goods and services. It is also the largest source of official development assistance (ODA).

The third key aspiration in the Treaty of Brussels was the commitment to assist each other in “maintaining international peace and security and in resisting any policy of aggression.” Here again, Europe has seen great success, much of it owing to the creation of the North Atlantic Treaty Organization (NATO) in 1949 and to the willingness of the United States and Canada to commit themselves to a strong and free Europe.  While European efforts to create an independent security capability floundered with the European Defense Community in 1954, they were revived in 1998 at St. Malo when Britain and France agreed to establish a European Security and Defense Program (ESDP) , which later evolved into the Common Security and Defense Policy (CSDP). Today the EU has its own diplomatic corps, the External Action Service, under the auspices of the EU’s Common Foreign and Security Policy (CFSP). As a part of the CFSP, the EU is currently conducting 10 civilian missions and 6 military operations in Europe, Africa, and Asia to promote peace, prevent conflict and strengthen stability.

A final key provision of the Treaty of Brussels was to deter future aggression by Germany. Perhaps this is the most significant achievement of all. Learning the lessons from Versailles, the allies pursued a strategy of integration and institutionalization in relation to Germany and Italy. In addition to membership in the ECSC, West Germany and Italy joined in the creation of the Western European Union in 1954. The next year, West Germany joined NATO. (Italy was among NATO’s founding members in 1949). With reunification in 1990, Germany imbedded itself further into European institutions with a commitment to a common currency zone. Today, military conflict between France and Germany is unthinkable. In fact, France and Germany have been seen as the twin engines of European integration.

The story of the European Union is not over. It continues to face the types of challenges that have defined the history of all civilizations.

In a highly regarded speech in September 2017, French President Macron articulated a vision to lead the European Union back on the path of ever closer union. France has also conducted a strategic review to strengthen its capabilities in light of a seemingly reluctant U.S. ally and the looming British exit from the European Union. The other engine of European integration also appears to be firing on all cylinders. Leaders in Brussels hailed the deal on a new German coalition government in February 2018 as good news for Europe and a return of Germany to a leadership role.

The Treaty of Brussels also foresaw the expansion of cooperation to future countries sharing the same values and ideals of the original five. Since 1949, the NATO alliance has expanded from 12 members to 29 member states with the addition of Montenegro in 2017. In tandem, the European Union has expanded from six members in the European Economic Community in 1957 to 28 members today. Of those, 22 are members of NATO and 19 are members of the Eurozone. While many see this expansion of cooperation, through NATO and the EU, as a success story, others have viewed this expansion as idealistic folly and see the perils in continued enlargement.  For example, some argue that expansion has unnecessarily threatened Russia by eliminating its historic buffer zones.

All of this is not meant to imply that the European project is an unbridled success. Europe’s economic growth has not been uniformly distributed throughout the Union. Some argue that the EU has become over-regulated and out of touch with its electorates. According to data from the IMF’s World Economic Outlook Database, annual GDP growth in the Euro area has been an anemic 0.9% since 2007. During the same period, gross government debt has risen from 64% of GDP to an average of 85% of GDP. Unemployment also remains high at an estimated 8.6% in 2018. There is also a growing disparity within the EU. For example, Germany’s GDP has grown at an average 1.4% rate since 2007, while Greece’s GDP has fallen by an average 1.8% per year since 2007, leading to despair about Greece’s economic future.

The results of European common security initiatives have been similarly imperfect. The United States has consistently lamented the underinvestment by European nations in their military capabilities and their failure to live up to NATO’s goal of military expenditures meeting 2% of GDP. The recent U.S. National Defense Strategy also highlights the growing strategic gap between America and Europe as a result of this underinvestment. At the same time, many are leery of efforts to strengthen autonomous European capabilities in the face of perceived U.S. ambivalence. The United States has recently expressed concerns that the EU Defense Pact could pull resources away from NATO. Others fear that the European Defense ambition could tear apart the NATO alliance due to increasingly divergent interests of its members.

Europe is taking steps to address some of these security issues. NATO allies were expected to increase defense spending by 4.3% in 2017 and a majority of NATO members are expected reach the 2% level of defense spending by 2024.  Many also question the arbitrary nature of the 2% measure and advocate a greater focus on capabilities. European nations have begun to address some capability shortfalls and the EU laid out its ambitions for developing strategic autonomy in its 2016 European Global Strategy. The EU is putting its money where its mouth is with its European Defense Action plan, which could ultimately provide up to 500 million euros for defense research. Many also see the EU’s Permanent Structured Cooperation (PESCO) as means to greater efficiency and enhanced military capability in support of both EU and NATO priorities.

The story of the European Union is not over. It continues to face the types of challenges that have defined the history of all civilizations, and centrifugal forces are straining the security, economic, social, and cultural bonds in Europe. First, terrorism continues to plague the Continent, though the ideologies of the terrorists are much more diverse than is often portrayed in the media. Second, as mentioned above, European economic growth remains lackluster and a poor outcome on Brexit could hurt both the UK and the EU. Third, although Macron’s electoral victory in France allayed the fears of a Eurosceptic and nationalist government coming to power, and Italy’s popular Five Star Movement recently dropped its threat to leave the Eurozone, the nationalist Alternative for Deutschland Party garnered over 12% of the votes in September 2017. Finally, demands for independence from regions such as Catalonia could undermine the cultural and political ties that have fostered stability on the continent since 1948. Despite these challenges, however, the European Union is worth celebrating.

So this year, in addition to raising a glass of green beer in celebration of Saint Patrick’s Day, perhaps hoist a Belgian beer to acknowledge the success of the Treaty of Brussels and to wish it another 70 years of good health.

Photo: People wave the EU flag as they attend a concert in Brussels as part of celebrations marking the 50th Anniversary of the European Union’s founding treaty.