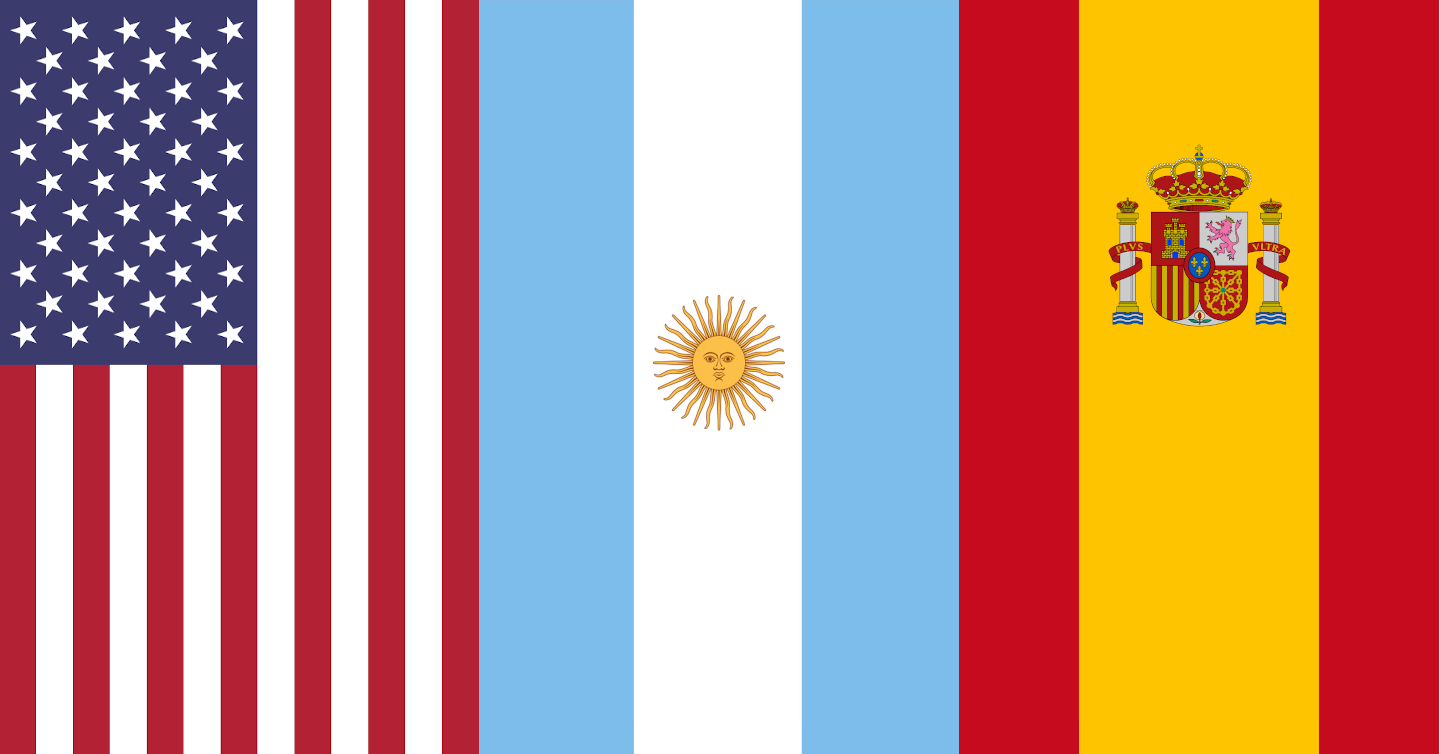 The Army War College joins the rest of society to commemorate the long tradition and considerable contribution made by Hispanics to defend our nation.

A BETTER PEACE welcomes three native Spanish speakers as they take over the mics. Originally recorded during National Hispanic Heritage Month 2019 (Sep 15 – Oct 15 ’19) three students in the AY20 Resident class of the U.S. Army War College sat down to record our first ever all Spanish podcast. International Fellows Alfredo Pozzo and Fernando Prada joined fellow U.S. student Andres Paz to discuss their initial impressions of the Carlisle experience as they embarked on their academic journey that is the War College. For those of you who aren’t quite as fluent in Spanish, a full English transcript can be found here.

Photo Description: Flags of the United States of America, Argentina, and Spain