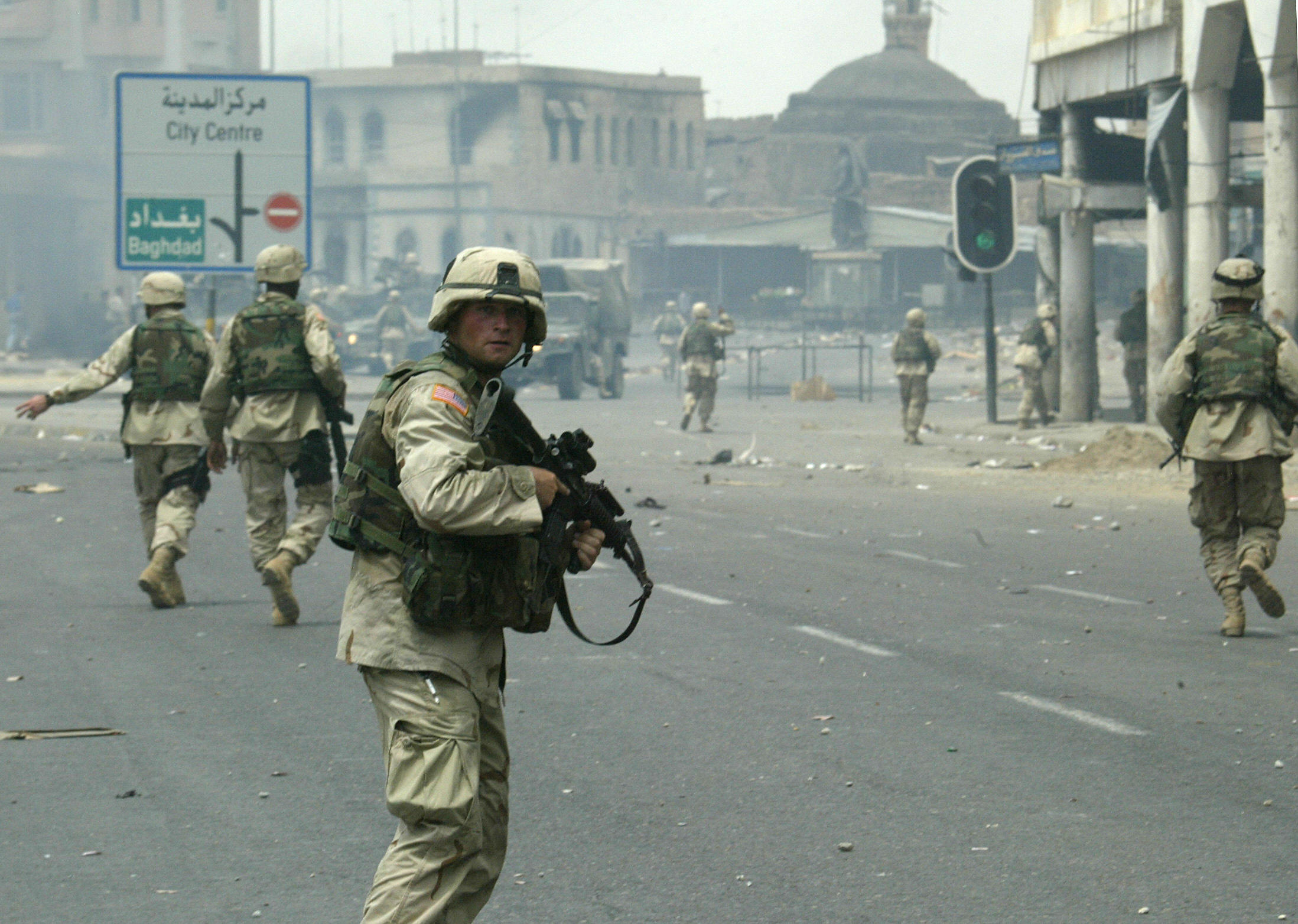 Iraqis came up to [COL Rick Schwartz] and said, ‘Thanks for getting rid of Saddam. What do we do now?’ Rick had no answer.

That coalition forces were ill-prepared and ill-equipped to secure the peace after capturing Baghdad is well understood. How has the joint community evolved its doctrine and postured itself better to address the demands of post-conflict environments? WAR ROOM welcomes Bill Flavin and Scott Braderman from the U.S. Army War College’s Peacekeeping and Stability Operations Institute to present on-going discussions at joint and interagency levels.

Photo: US soldiers deploy in a street during clashes with Iraqis in the northern city of Mosul 13 June 2003.