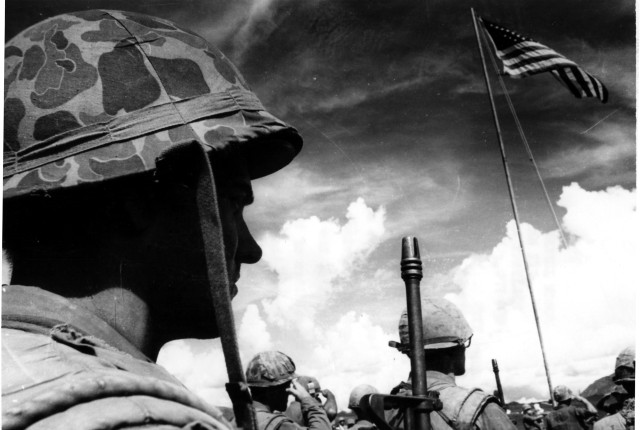 What becomes the dominant narrative? [The Vietnam War has] been examined principally through American eyes.

The Tet Offensive was an important event during the U.S. war in Vietnam. After three years of direct involvement by U.S. combat troops, the North Vietnamese and Viet Cong were convinced that the relationship between the U.S. and South Vietnam was fragile, and that military action could drive a wedge between them. This could bring about an uprising by the South Vietnamese people against their own government and severely weaken the ARVN, the South’s military. Despite being arguably a military victory for the U.S. and its South Vietnamese ally, the Offensive was ultimately a strategic defeat. WAR ROOM welcomes U.S. Army War College Professor of Security Studies Dr. Frank Jones to discuss why this is so and what it means for the U.S. fifty years later.

You can download a copy of the podcast here.

Photo: Leathernecks of the 3d Bn., Fourth Marine Regiment salute fallen Marines during Memorial Services held at Khe Sanh. The unit of the 3d Marine Division was joined by soldiers of the Army of the Republic of Vietnam during the Memorial Services.