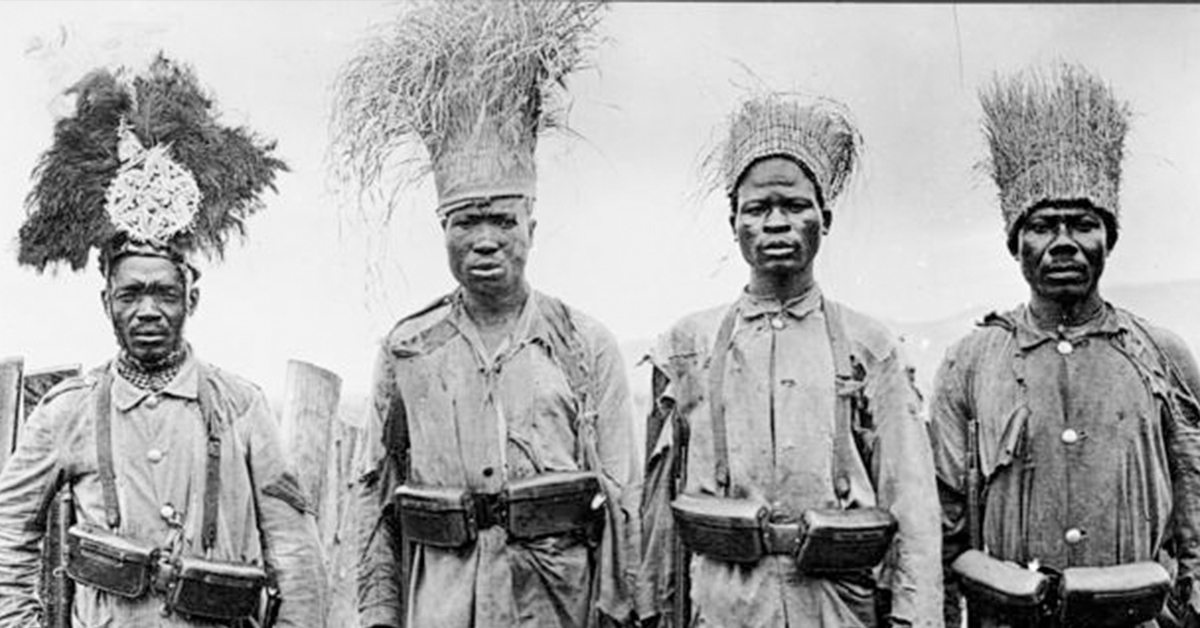 At the outbreak of the war, all of those armies were quite small but they rapidly grew many times their size in 1914

Historical memory of the First World War often focuses on the western front, perhaps because of egocentrism or the wealth of documents and literature that emerged from the front. But while the western front is iconic, this focus obscures the fact that the Great War was indeed a world war fought on several continents by soldiers from around the globe. An often overlooked theater was Africa, where soldiers from colonial armies fought each other on the continent, or joined their colonial powers on the western front. These small colonial armies originally supported and preserved imperial rule, but as the Great War broke out they mobilized quickly. What motivated Africans to fight in the armies of their colonial power? How did the war change the relationships between the empires and their colonies? These are other topics are presented by special guest Michelle Moyd, author of Violent Intermediaries: African Soldiers, Conquest, and Everyday Colonialism in German East Africa. WAR ROOM Editor-in-Chief Jacqueline E. Whitt moderates.

Michelle Moyd is the Ruth N. Halls Associate Professor, Department of History and Associate Director, Center for Research on Race and Ethnicity in Society at Indiana University. Jacqueline E. Whitt is the Editor-in-Chief of WAR ROOM. The views expressed in this presentation are those of the speakers and do not necessarily represent those of the U.S. Army War College, U.S. Army, or Department of Defense.