[COOK SAID,] ‘These faces. I didn’t get to know all their names. They joined my platoon, and many of them were dead by morning.’

For forty-six years after the Korean War, veteran John A. Cook would be haunted by the memories of fighting and of his fellow soldiers being killed or wounded. What is now recognized as Post Traumatic Stress Disorder or PTSD had no name at the time, and veterans like Cook had nowhere to turn to get help. Instead, as the horrific images of war would waken him at night, he began drawing those images on paper as a way of dealing with his inner pain. The resulting collection of his “Midnight Drawings” are now in the possession of the Army Heritage and Education Center, and the subject of this podcast. Jim McNally, AHEC’s Curator of Art, tells this powerful, moving story with Jacqueline E. Whitt, War Room podcast editor.

Click here to access the Army Heritage and Education Center page on the Cook “Midnight Drawing” collection. Below is the drawing referenced in the podcast, titled “Mattson – Head and Back Wounds.” 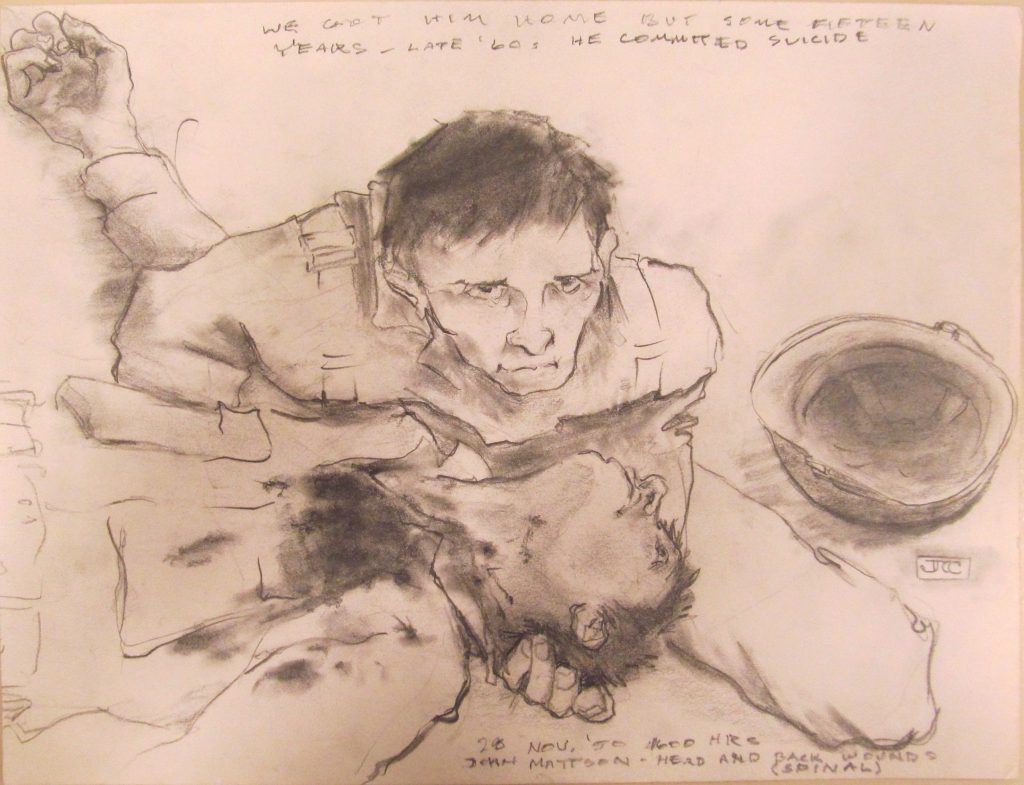 Jim McNally is Curator of Art at the Army Heritage and Education Center. Jacqueline E. Whitt is the WAR ROOM podcast editor. The views expressed in this podcast are those of the speakers and do not necessarily reflect those of the U.S. Army War College, U.S. Army, or Department of Defense.

Image: Close-up of “Mattson – Head and Back Wounds” by John A. Cook.