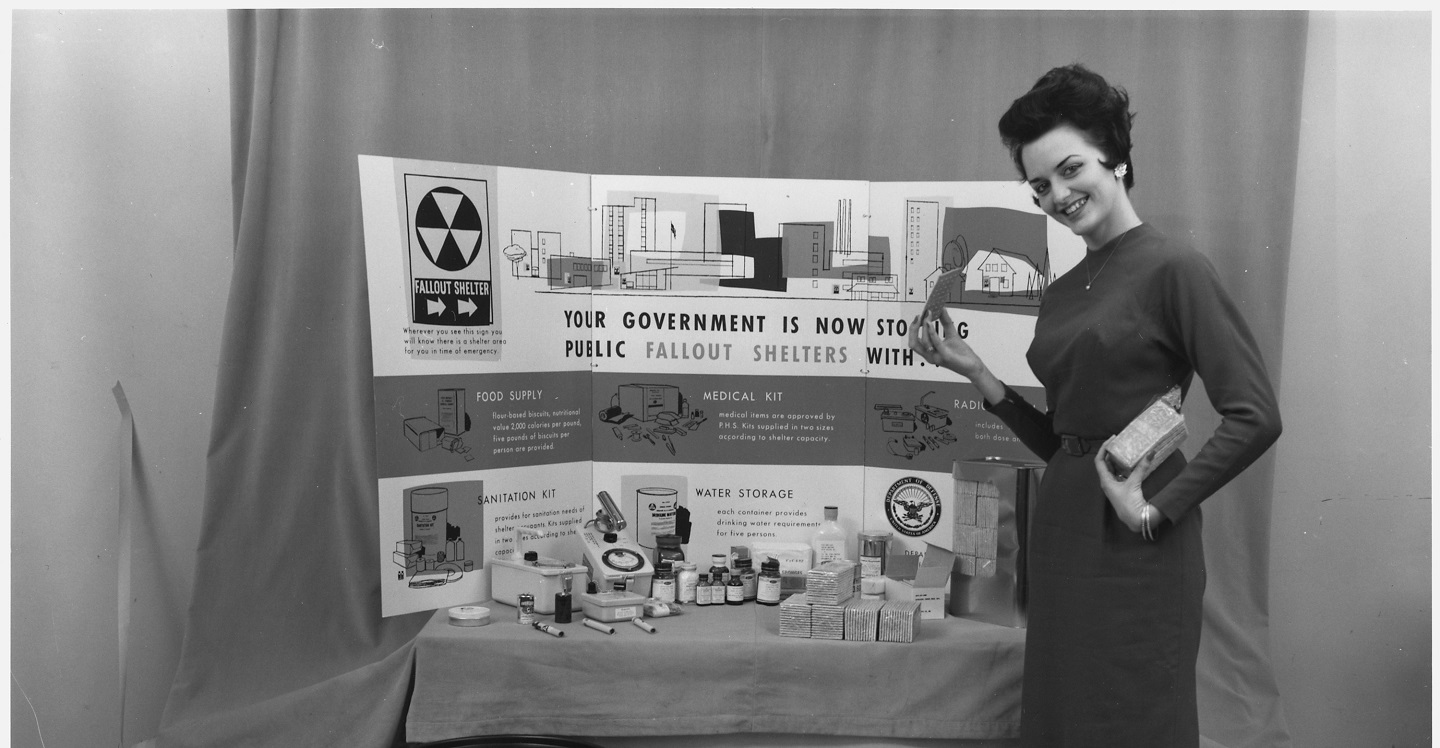 As the American national security apparatus again focuses on peer-to-peer combat after thirty years of assumed supremacy on the battlefield, the Gaither Report is vital reading…

If you were told that a single falling satellite could destroy your entire home and car without warning, would you consider spending almost 10% of your annual income for five years on an insurance policy that offered, at best, an untested idea for protection and, at worst, only the appearance of doing something to keep you safe? Probably not. But within the Department of Defense, and the US Government more broadly, such worst-case scenario planning is necessary, even common, because risk reduction is central to the enterprise. The work of the 1957 Security Resources Panel of the Science Advisory Committee, known colloquially as the Gaither Committee, was the epitome of this kind of worst-case scenario planning, with all of the attendant strengths and weakness of such efforts.

As the American national security apparatus again focuses on peer-to-peer combat after thirty years of assumed supremacy on the battlefield, the Gaither Report is vital reading, and not just to understand the general concepts of active and passive defense of a nation’s citizens in a nuclear exchange.  Analyzing worst-case scenarios and options for responding in light of a realistic analysis of the enemy’s capabilities is a critical skill for twenty-first century policymakers, who face a complex threat: a mix of cyberwarfare, terrorism, and information operations that collectively escalate into a Great Power conflict where at least one side is operating through unpredictable proxies.    Thus, comparing historical worst-case scenarios against actual events and data not originally available helps us see our current plans with 20/20 hindsight.

The Dwight Eisenhower administration formed the Gaither Committee in 1957 to develop “opinion of the relative value of various active and passive measures to protect the civil population…. suggest which of the various measures are likely to be most effective, in relation to their costs.” (Paragraph I)  The panel, led by Horace Rowan Gaither, a founder of the Rand Corporation, believed that the communist Union of Soviet Socialist Republics (USSR) was motivated by expansionism. The panel also assumed the Soviet threat would become critical by 1960.  Concluding that a critical threat of conquest was imminent, the panel’s product, known as the Gaither Report, provided estimates on the costs associated with various options for both the active and passive protection of American population centers and strategic nuclear assets, and for the development and production of additional ballistic missiles required to achieve superiority over the USSR.  Additionally, the Gaither Report war-gamed five periods (1957-1959, 1959-1960, 1960-1962, the period of 1962 to about 1970-1975, and the period of 1970-1975 to an unspecified point at least ten years later) to estimate the strategic balance of power between the United States and USSR and the associated risk of nuclear war in each period.

A nuclear strike on the U.S. homeland was the worst-case scenario imaginable at the time. Thus, the Gaither Committee focused on this to the exclusion of almost everything else, including American military involvement since World War II that did not involve nuclear weapons or take place in Europe (the Korean War, the 1955 Taiwan Strait Crisis, etc.). Instead, the Committee focused on the goal of protecting the civilian population and U.S. strike capability from a nuclear strike with minimal warning and focused on the most pessimistic intelligence estimates available.  To calculate the amount of damage the Soviet Union would be able to inflict in a first strike on the United States, the committee assumed the Soviets possessed 4,500 bombers (3,000 of which were jet powered), over 500 submarines (presumably able to carry, or be modified to carry, nuclear weapons), and 10,000 jet fighter interceptors solely devoted to defeating American bombers.  In reality, these numbers would have been difficult for any country to produce and are even more fantastical because they explicitly exclude allied states.  The overwhelming combat power seen at Pearl Harbor and in the Allied bombing campaigns of World War II – this time with a nuclear-armed enemy — seem to haunt the committee’s collective conscience.   For comparison, in 1956, the United States Navy possessed 108 submarines and the Strategic Air Command, the United States’ nuclear strike force, reached its peak strength in at 2,500 bombers.

In considering how the United States might respond to this threat, the Report looked at two types of defense: passive and active.  Passive defenses would protect the civilian population without inflicting military damage to Soviet Forces (e.g., fallout shelters and air raid sirens.  Active defenses were those that would either inflict military damage to Soviet Forces (e.g., fighter interceptors and surface-to-air missiles) or would increase the readiness of American nuclear forces (e.g.,, building more bombers and submarines, the Strategic Air Command ground alert concept, and improved radar systems).

In terms of passive defense, the Gaither Report was blunt: “Passive defense programs now in being and programmed for the future will afford no significant protection to the civil population” (Paragraph III.A.2.).  Eisenhower’s relatively conservative economic agenda was clearly on the minds of the writers, who concluded that effective passive defense was cost prohibitive ($15 Billion dollars per year in 1956 dollars, or $137 Billion dollars per year in 2020 dollars, for five consecutive years). Nevertheless, they still proposed spending money on some passive defensive measures which they acknowledged were not entirely effective, and in some cases were borderline ineffective.  The point was psychological. They believed the U.S. government had to create the appearance of doing something to protect Americans, so “both the Russians and our Allies may believe that we shall feel increasing reluctance to employ the strategic nuclear forces of Strategic Air Command  in any circumstance other than when the United States is directly attacked.”

But passive defense was secondary to the deterrent effect of maintaining a credible threat that the United States would use its strategic nuclear forces: “The main protection of our civil population against a Soviet nuclear attack…will continue to be the deterrent power of our armed forces.”  As such, the Gaither Report was candid regarding the technological limitations of US forces in 1957 and prioritized improvements accordingly to guarantee American supremacy, because the report implied Soviet supremacy would occur in the near future.  Many recommendations concerning active defense revolved around increased nuclear alert posture for Strategic Air Command bombers, maximizing the number of intercontinental and submarine-launched ballistic missiles to offset perceived gaps between current (1957) US and Soviet strategic forces, and developing a more effective air defense system that was not vulnerable to low-altitude bombers or aircraft equipped with electronic counter-measures. (Paragraph III) Thus, the report remained classified until 1973, when many of the systems used in 1957 were already retired and the United States had just spent almost an entire decade fighting a counter insurgency using thousands of nuclear-capable bombers and fighter-bombers in a conventional role.

In fact, it took the 1962 Cuban Missile Crisis to trigger the mass construction of fallout shelters in the United States and serious concern about passive defense against nuclear attack.

The final conclusions of the panel recommended a less-than-perfect active and passive defense system, but would nonetheless cost at least $25 Billion from 1958-1963, $229 billion in 2020 dollars. (Paragraph V.A)  The writers advised an “increase in the debt limit would be necessary” and that an additional 4-8 percent of the nation’s Gross Domestic Product would have to be devoted to defense in order to pay for the “cost-effective” proposals in the report.  They acknowledged that the program would be much more expensive if private donor and local government tax dollars were not used to build fallout shelters, that the program would slow the creation of Eisenhower’s interstate highway system and other public works, and that it would also lead to shortages in steel and concrete.  These admissions doomed the report’s recommendations from being fully implemented by the Eisenhower administration.  Notably, the recommendations implemented the quickest were the ones that were already in progress and did not seriously affect the American economy, such as permanently increasing the alert status of Strategic Air Command bombers (the test program was already underway).

In fact, it took the 1962 Cuban Missile Crisis to trigger the mass construction of fallout shelters in the United States and serious concern about passive defense against nuclear attack.  Either way, by 1969, the cost of the Vietnam War, technological advances, and changing views on military spending would invalidate almost all of the Gaither Report’s recommendations not directly related to nuclear submarines or the Strategic Air Command.

The Gaither Report’s conclusions are sobering and fatalistic, some might even say overly dramatic. Nevertheless, it accurately predicted that the 1961-1963 timeframe “could be a very critical period for the U.S.,” and that the 1970-1975 period “could be a period of extremely unstable equilibrium.” (Appendix A/Time Table)  The war scares involving American and Soviet Forces in Berlin and Cuba from 1961-1963, fear of the Soviet reaction to the 1972 Linebacker II air campaign against North Vietnam, and the imminent threat of a US-Soviet nuclear exchange during the 1973 Arab-Israeli Yom Kippur War mirrored the Gaither Report’s analysis on periods of heightened risk.

As a soldier who graduated high school and joined the Army just months before September 11, 2001, the idea of peer to peer competition escalating to nuclear conflict is difficult to fathom. This collective “nuclear amnesia” among strategists and military officers means we have forgotten both the real danger that nuclear war posed in this historical period, but also that we have come to think of nuclear war as, essentially, unfathomable. The Gaither Report offers us important insights into a period when nuclear war was quite fathomable, and it also enables us to analyze worst-case prediction and preparation with the benefit of knowing what happened historically.

While they had a good grasp of potential crisis points, the committee’s worst-case scenarios never played out.  What is more, it is unclear whether and to what degree the implementation of its recommendations had anything to do with preventing nuclear or large-scale conventional war.  While deterrence is always difficult to prove, the Gaither Report’s focus on worst-case scenarios combined with trying to find cost-effective solutions led the committee to make few real choices about priorities. Their version of deterrence required more spending on passive defense for morale and appearances, and active defense to match the perceived Soviet threat. Add to that the reality that the United States fought costly conventional and unconventional proxy wars in the same period, and all of a sudden massive defense budgets make a whole lot more sense.  When the costs of the Gaither Report’s recommendations are combined with the costly proxy wars that the United States engaged in during the 1956-1975 timeframe, it is easy to see why defense budgets and the federal deficit ballooned during this period.

The Gaither report reveals one of the ways that a collective fear of the worst-case scenario contributed to what Eisenhower called “the Military-Industrial Complex.” This tendency to plan for and prepare for the worst has not gone away. In recent years, the United States has confronted the threat of a dirty bomb or chemical/biological weapon attack by a non-state actor carried out on a civilian target.  The federal government and the Department of Defense spent a lot of treasure doing something in part to present an image of being proactive, and at the same time expanded the military and fought costly wars overseas.  Perhaps strategists and planners can learn some lessons here about the dangers of worst-case predictions.  Careful reflection of the report and why the apocalyptic scenarios it predicted didn’t come to fruition can help us envision more realistic scenarios of Great Power competition than a nuclear war or a repeat of World War II in Europe. With such an understanding, maybe we can finally develop more efficient and less costly strategies, weapons systems, and organizational structures needed for victory.

The declassified portion of the Gaither Report can be found here.