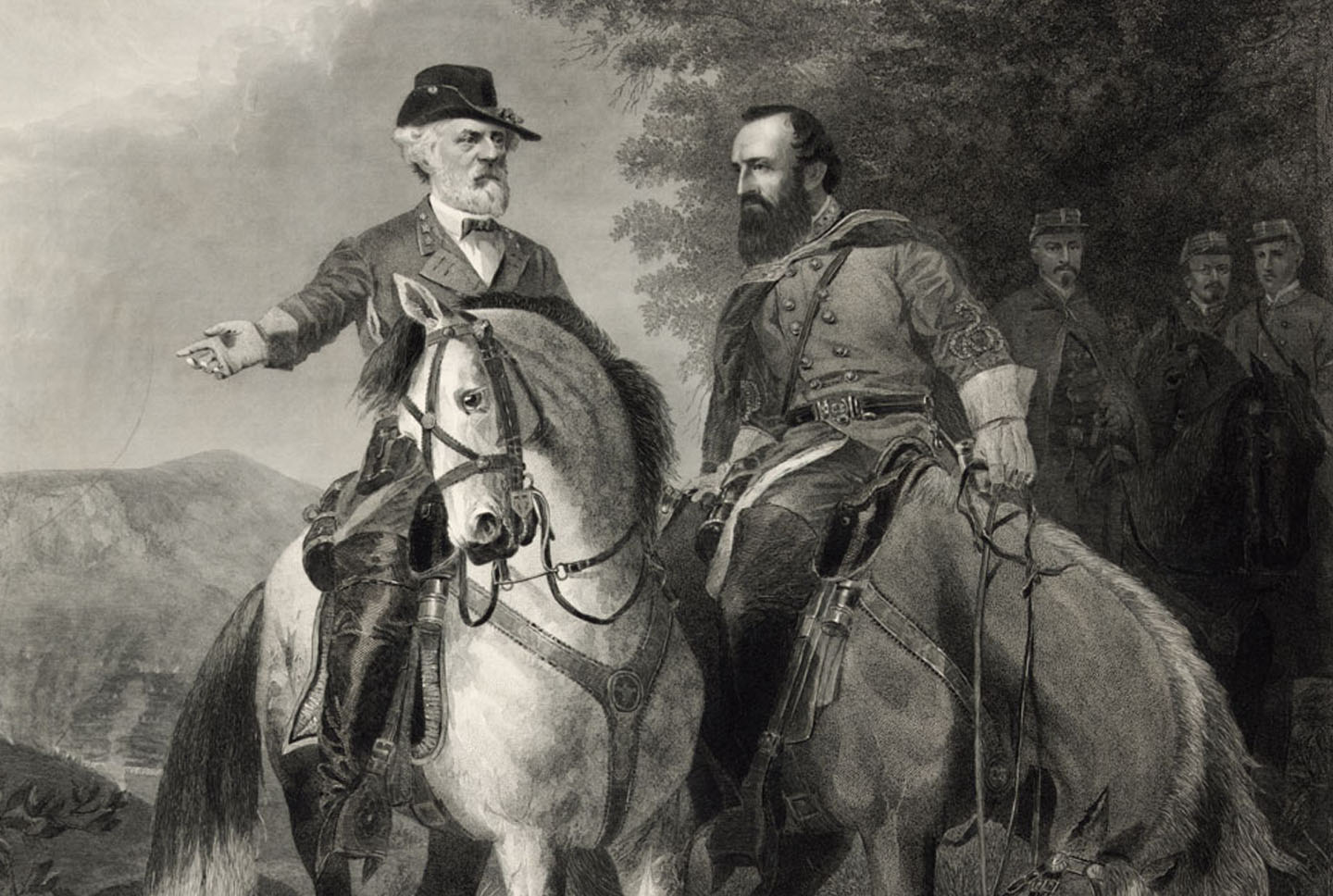 As the Campaigns of 1862 move forward, Lee turns to Jackson more and more for counsel

A BETTER PEACE continues its Great Captains series with a look at a leadership team, rather than an individual. In this episode, U.S. Army War College Professor of History Christian Keller argues that the strategic teaming of Generals Robert E. Lee and Thomas “Stonewall” Jackson enabled the success of the Confederate Army in 1862-1863. While Lee was a great strategic thinker at all levels of war, Jackson proved to be an exceptional field commander and strategic advisor to Lee. While each independently earned consideration of the title of Great Captain, their symbiotic relationship proved very powerful. That is, until Jackson was killed–a death that greatly affected both Lee and the Confederacy. U.S. Army War College Professor of Strategy Jacqueline E. Whitt moderates.

Image: In 1869, Everett B. D. Julio painted this scene of the Civil War generals and their horses. It depicts their meeting on May 1, 1863, just before the tragic death of Jackson.