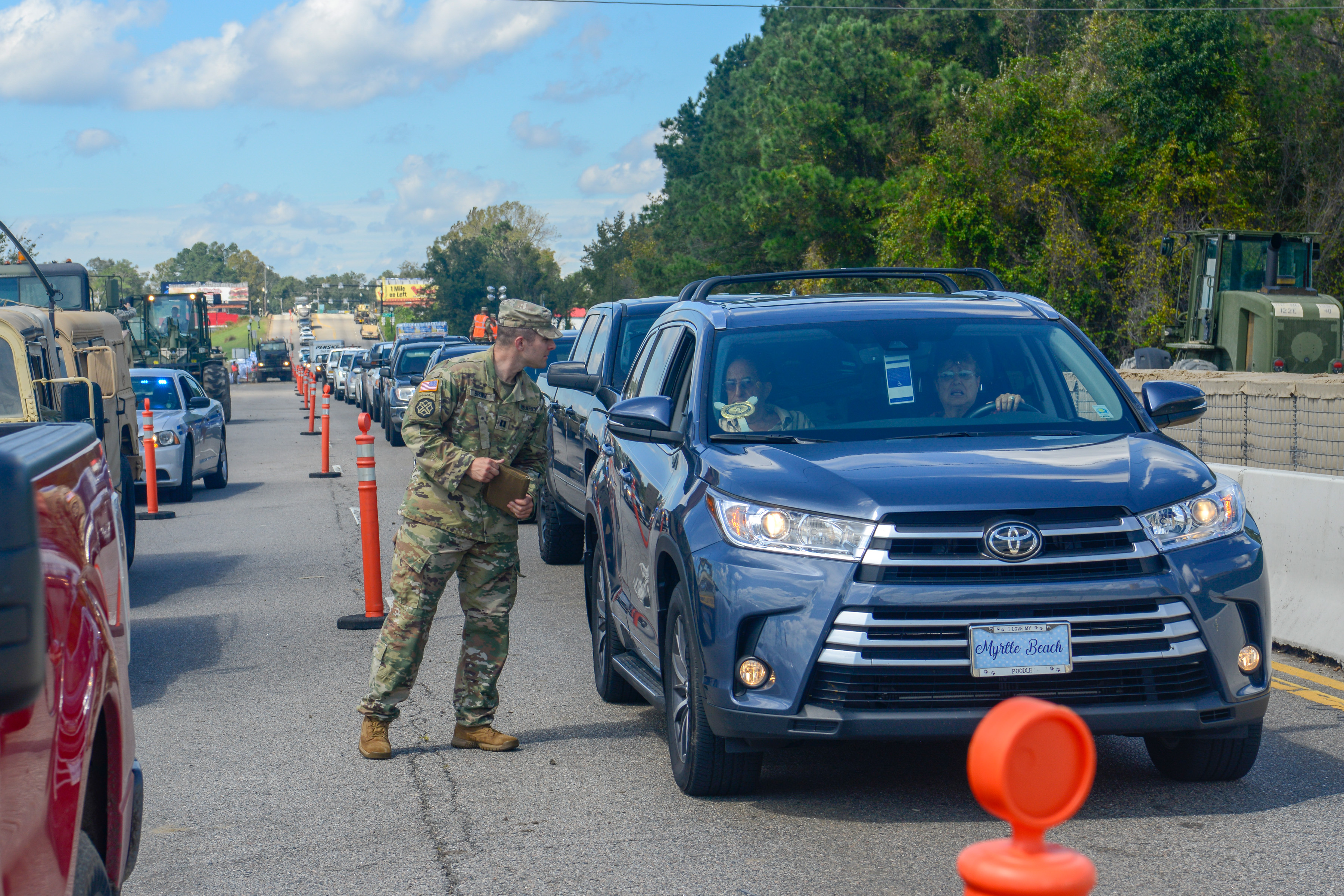 How do I stay true to two masters–the Army & Air Force, and also the employers?

Joseph Lengyel is a General in the U.S. Air Force and the 28th Chief of the National Guard Bureau. Jacqueline E. Whitt is the WAR ROOM Podcast Editor. The views expressed in this presentation are those of the speakers and do not necessarily reflect those of the U.S. Army War College, U.S. Army, or Department of Defense.

Photo: Soldiers with the South Carolina National Guard conduct traffic as they build a barrier to prevent flooding off of Highway 501 in Conway, S.C.