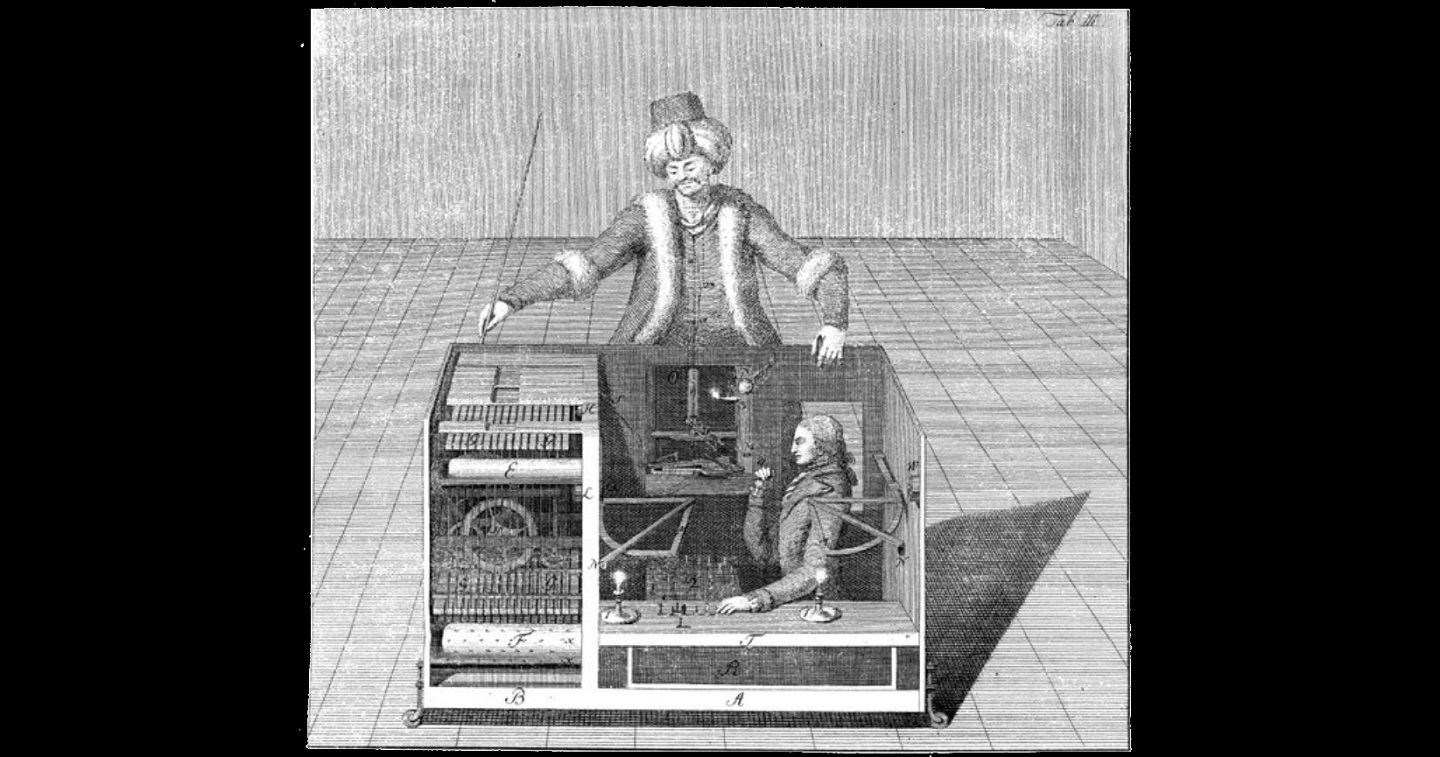 The race to develop and apply meaningful, breakthrough Artificial Intelligence … is moving at full-throttle

Can the military keep pace with or outrun the rate of technological change? It’s a daunting challenge. The more the Army invests in legacy systems to face traditional competitors, the more a growing number of non-traditional ones will counter it with emerging, asymmetric capabilities. The Army needs a different, bold approach to regaining advantage. It must ask questions like, “What’s better than a howitzer?” and “Do we still need tanks?” The best answers suggest applying leap-ahead technologies and thinking. The race to develop and apply meaningful, breakthrough Artificial Intelligence (AI) and other advanced technologies is moving at full-throttle.

Futurist, author, and computer scientist Ray Kurzweil estimates that between 2000 and 2007, technology advanced 1 million times – and predicts by his “Law of Accelerating Returns” it will advance a billion times over the next thirty years. Advances will occur exponentially faster as time passes. He theorizes that, relative to innovation rates of the past, we will experience 20,000 years of progress in only 100 years. By 2020, $1,000 will buy a computer capable of 10 quadrillion calculations per second – roughly equivalent to the power of a human brain. By 2030, $1,000 will buy a computer with a thousand times the power of human brain. By 2045, it will buy a processor a billion times more intelligent than every human combined.

The internet of things – all the devices connected to the web – is real, growing, and ubiquitous. In December 1995, there were 16 million internet users on Earth; in June 2018, the number was around 4.2 billion – and rising. In 23 years, more than half the world plugged in.

The spread of technology into almost everything we do and use will radically change the future military and operational environment. Between 2035 and 2050, warfighters will face longer, deeper, hyper-connected battlespaces. Adversaries will engage our Soldiers everywhere, from their home station military bases, to ports of debarkation, to tactical assembly areas, to their living rooms. Technology will infuse human life from outer space to the ocean floor; from military to non-military operations; from governmental to non-governmental business; from state to non-state acts; from physical to virtual experiences.

Meanwhile, the U.S. Army’s conventional war-fighting advantage will tumble without creative and innovative leaps in modernization. The Force’s edge in physical domains won’t do: the Army we field from 2035 on must dominate and overmatch in the cognitive domain too, for therein lies its greatest potential for future superiority and supremacy.

Consider the battlefield of the future and the staggering array of ways and means new technologies will offer: the interconnected and global nature of everything will yield physical and virtual effects with tremendous range, saturation, and immediacy – along with daunting complexity and stealth.

Our adversaries will continue to invest heavily in capabilities that offset U.S. legacy systems and processes and technological change will enhance adversaries’ effects too. The local fight may be influenced less by tactical fighters and more by unknown actors and organizations, or by adversaries beyond our reach. A hacked and corrupted computer server in the Defense Logistics Agency could have a disproportionately large impact on a brigade’s combat readiness compared to the security of supply routes.

How quickly are competitors catching up to us? In the decade after the Cold War, the U.S. Army’s Command and General Staff College’s correlation of forces calculators gauged the relative advantage or disadvantage of military forces worldwide.* Force equivalent calculations take useful snapshots of relative advantages and, by extrapolation, of trends in relative overmatch. While not designed to drive requirements or force structure planning (or to compare dissimilar organizations), such calculations show U.S. advantages eroding.

Consider the following findings: at the turn of the century, the force calculator gave a U.S. M1A2 tank battalion a 63% force equivalent (FE) advantage over a Soviet T80 tank battalion, and a U.S. multiple launch rocket system (MLRS) battalion had a 31% advantage over a Soviet BM-22 multiple rocket launcher (MRL) battalion. However, 2016 calculations reflect near parity (+/- 5%) between U.S. armored brigade combat teams and a Russian tank brigades and the MLRS battalion now has 40% less FE compared to a Russian BM-30 Smerch-M MRL battalion. And it has 37% less FE compared to a Chinese WM-80 MRL battalion. Though comparing force equivalents for U.S. and adversaries’ armor, infantry, and artillery units over a period of 17 years isn’t clean, percentage changes show shifting relative advantages in military capabilities which should give leaders pause.

Short-term benefits of increasing readiness through training and modernization of legacy systems will not offset the broader trend. Better howitzers and tanks are not the answer. The prize for taking the lead in exploiting AI is significant. Tech industry giants are spending tens of billions of dollars on AI research and development, while venture capitalists invest similar amounts in startup companies in the field. At the March 2017 South by Southwest Conference, entrepreneur Mark Cuban discussed the importance of engaging in the AI sector, saying,  “Whatever you are studying right now, if you are not getting up to speed on deep learning, neural networks, etc., you lose.”

This idea is hardly new. America’s first multimillionaires made their fortunes in the Industrial Revolution (e.g., Carnegie, Vanderbilt, Westinghouse, Du Pont). Billionaires in mechanization and mobilization (e.g., Ford, Rockefeller, Getty, Hughes) and the mega-multibillionaires in information technologies and global connectedness (e.g., Gates, Slim, Ellison, Bezos, Zuckerberg) all won by betting on innovation. The world’s first trillionaires, says Cuban, “are going to come from somebody who masters AI and all its derivatives and applies it in ways we never thought of.”

This headlong rush into AI has prompted some of the world’s great minds to acknowledge the inevitability of advanced AI and to go so far as to warn against possible catastrophe. Physicist Dr. Stephen Hawking warned that unbridled AI development “could spell the end of the human race.”  As recently as July 2017, tech innovator Elon Musk rattled leaders at the U.S. National Governors Association meeting, when he identified AI as the “biggest risk that we face as a civilization.”

Since January 2017, over 4,600 of the top experts in the AI, robotics, and other scientific fields, to include Google’s DeepMind founder, Demis Hassabis, IMB Watson Chief Scientist Grady Booch, Elon Musk, and (the now-late) Stephen Hawking signed an open letter, as part of the Future of Life Institute’s Asilomar AI Principles. In it, they acknowledge AI’s potential and advocate a framework to guide its safe development.

Pragmatically, these warnings and frameworks will do little to prevent AI’s  militarization. The rewards of being first at this are too great, and the risks of being second are too severe to forestall it. It is an arms race, like it or not.

Just as industrialization and mechanization changed the fundamental character of civilization and warfare, and overwhelmingly advantaged the side that was first to exploit such advances, breakthrough AI could yield similar (if not exponentially greater) effects.

Five-time Hugo Award winning author, mathematician, and futurist Vernor Vinge cautioned in 1993 that if technological achievement of a “singularity” is possible – that point at which greater-than-human intelligence drives runaway progress, models are discarded, and a new reality rules – then that singularity will certainly happen:

Even if all the governments of the world were to understand the “threat” and be in deadly fear of it, progress toward the goal would continue…In fact, the competitive advantage — economic, military, even artistic — of every advance in automation is so compelling that passing laws, or having customs, that forbid such things merely assures that someone else will get them first.

It’s not a matter of “if” AI will predominate, but “when” – and in what form.

Artificial Intelligence – and the human-computer interfaces that Vinge terms intelligence amplification (IA) – offer the Army opportunities for leap-ahead offsets over potential competitors. While advantages in physical domains may be brief and few, sustainable decisive advantages could be gained in the cognitive domain – that boundary-free area of the battlefield which involves knowing, predicting, and deciding.

Though not a domain in the strictest doctrinal sense, the cognitive dimension of human (and artificial or amplified) intelligence and organizational perception is an arena ripe for exploitation in future conflict. With it, individuals, teams, units, and the entire force could operate far more cognitively-connected than today – almost as a single organism. There is great potential for common understanding, collective decision making, and unified anticipatory action.

Unlike the physical domains, dominance in the cognitive domain is less vulnerable to asymmetric offset. Adversaries may try to keep each other from gaining knowledge, but offsetting an already-achieved advantage is hard, because knowledge isn’t fungible – you either know something or you don’t.

Cognitive domain advantages could be deep and long-lasting. In future conflict, ambiguity will likely increase, despite ubiquitous sensors and extensively connected intelligence networks. The velocity and scale of activity will make it tough to comb the important from the unimportant, or the real from the fake. Adversaries’ spoofing, deception, data manipulation and corruption will fog the common operational picture as part fact, part fiction. This murky situational awareness will feed decision cycles compressed by relentless data streams and near-instantaneous communications.

Decision events will therefore surge in frequency and speed. The short-term OODA loop decision cycle (observe, orient, decide, act) – could compress into a three-step recognize-decide-act cycle. Observation and orientation as discrete actions will be a luxury future battlefields forgo. Superiority will go to those with the best-evolved decision cycles to predict-decide-act, with the goal of eventually shortening the cycle to PA, or predict-act. By offering technologies that enhance prediction, both AI and IA can offer ways to cut considerably (or even eliminate) the time needed to decide. Predicting trumps understanding.

Likewise, AI/IA may enable reliable predictions without the need to understand what is being predicted or why. For example, future AI/IA could predict changes to the environment and likely adversarial actions that might not make sense to an analyst, and therefore would be dismissed out of hand. Such predictive capabilities enable us to anticipate, preempt, and gain supremacy over foes by eliminating most of their options and then focusing on countering the few that remain. This in turn controls outcomes and denies enemy initiative (at a minimum, the range of possible choices are controlled). Conversely, AI/IA can enhance friendly freedom of action. Increased cognitive reliability lets us choose and time proper actions to decrease friendly uncertainty and increase the operational tempo – to a pace at which adversaries lag orders of magnitude behind us in decision cycles, until they run out of counter-actions.

The implications of continued rapid technological change need urgent attention. Enabling technologies will change the character of war. U.S. leaders must get on board now and approach the coming change from a long-term view. In many cases, new and emerging technologies are already having effects, and may drive the military toward focusing on short-term reactions and solutions that simply won’t work for the long run.

Advances in artificial intelligence and intelligence amplification are areas of intense competition and development by industry as well as by potential competitors, and will be the first-principles in building a sustainable advantage in the future. How urgently and wisely the Army approaches these capabilities over the coming few years will set the stage for the next thirty and more.

Image: Detail of a copper engraving of “the Turk,” a fake chess-playing machine from the 18th century, taken from the book, Ueber den Schachspieler des Herrn von Kempelen (Leipzig und Dresden, 1789), by Freiherr Joseph Friedrich zu Racknitz. Source is in the Public Domain.