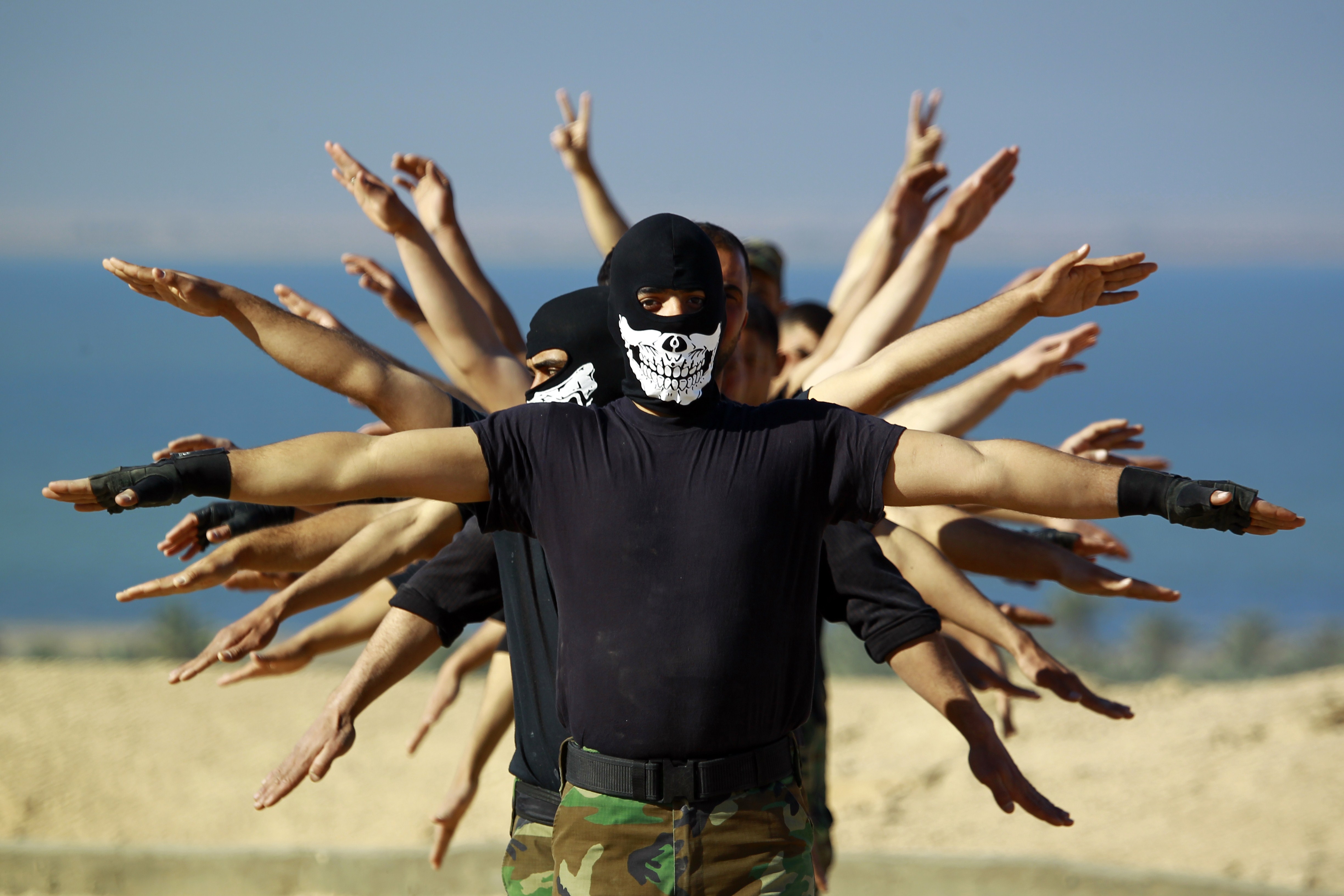 The same psychological processes that allow lying and cheating to be commonplace can also work for terrorism.

Thank you, Chief. All I’m saying is…that until we understand that our enemies are also human beings…we will never defeat them. Yes, they are bad guys, but that is what they do, not who they are.  ~Maxwell Smart

A common debate in terrorism research concerns the mental stability of individual terrorists. The construction of the “other” is an ancient characteristic of violence between human groups. Terrorists must not think like us, we tell ourselves. Indeed, how else to explain their deliberate involvement in the extreme and often indiscriminate violence characteristic of terrorist groups? Even the sanity of followers who support the heinous acts of terrorists must be questioned…right? Maybe not. When we insist on treating terrorists and the populations they draw from as the “other,” we undermine our effective use of information in shaping decisions in those populations. Seeing target populations as inherently alien to us puts them beyond the reach of our psychological tools. This is a mistake.

Research shows that terrorists and their supporters are much more like us than we probably wish to believe, suggesting that most of them are psychologically normal – not psychopaths. Therefore, understanding the routine psychological processes at play should inform current approaches to deterring terrorism.

The psychologist Leon Festinger, known for cognitive dissonance theory, introduced the idea that people tend to seek consistency between their beliefs and their behavior. When there is inconsistency, such as believing smoking is unhealthy but smoking anyway, people seek to resolve the inconsistency in a few different ways. First, you could change your beliefs, (i.e., smoking is not bad for me). You could change your behavior (i.e., stop smoking). Or, you could change your perception of the behavior (i.e., smoking supports relaxation and stress reduction), known as a rationalization. Human beings routinely rationalize behavior. It is a functional psychological process, and, yes, “human beings” includes terrorists. Drawing from recent examples of ISIS propaganda on social media helps demonstrate how rationalizations are at play.

When rationalizing behavior to reduce dissonance, people rationalize bad behavior in many ways. Consider the method of euphemistic labeling (e.g., a sales clerk who “lies” to customers, versus “leaves out certain details”). ISIS deftly uses this form of rationalization to encourage inhumane behavior by relabeling acts of murder and oppression as jihad to liberate lands of Islam, or to restore the caliphate. ISIS notes that it did not seek to kill or take advantage of people, but to give izza (honor) to Muslims. The rebranding of their violent behavior serves to reduce the dissonant contrast between extremely violent behavior and beliefs by reframing behavior in a form that is accordant with beliefs.

Moral justification is another common psychological strategy that appears regularly in the rationalizations for actions by groups like ISIS. Consider how the notorious beheadings characteristic of the group have been justified as decreed in scripture to “Smite [the] necks” of unbelievers. Or, consider another form of justification that involves the dehumanization of the victims of terrorism. ISIS propaganda is replete with labels that separate men, women, and children from their humanity. They are not human, they are infidels, filth, dogs, kafir (also kuffar, a highly derogatory term for non-Muslims), munafiqs (hypocrites), and murtadeen (apostates). Finally, consider how ISIS completely misconstrues the effects of their behavior as liberation, while ignoring the destruction of towns and the displacement of populations. They ignore the violent, oppressive effects of their behavior by focusing on implementing their interpretation of Shariah law. Moreover, ISIS employs this rationalization not only in its actions, but in its social media recruitment, as well.

This idea is not new. That is, the rationalization of inhumane behavior by terrorists is already out there as an idea with research support. Still, the common process of rationalization demonstrates how routine psychological processes factor into terrorist behavior.  Therefore, while rationalizations are certainly important to consider, one must then question whether other routine processes facilitate terrorist behavior. Remarkably, one of the most pervasive mechanisms for self-regulation of behavior, self-efficacy, also works to promote bad behavior, but has been overlooked as a psychological process supporting terrorism.

Self-efficacy is the belief that one possesses the ability and resources necessary to accomplish a particular task. Colloquially, it is a “can do” attitude. It sounds cliché, but the more you believe you can accomplish a task, the more likely you are to achieve it. In fact, increasing a person’s efficacy makes him or her more likely to: attempt a behavior, persist in the face of setbacks, and succeed in carrying it out. These are great outcomes when behaviors are constructive, but seriously disconcerting in the case of bad behaviors.

One generally develops self-efficacy beliefs through four sources of information: past success, vicarious experience (seeing others succeed), verbal persuasion, and emotional cues, with past success the most effective source for developing efficacy. Consider the example of riding a bike. After you successfully ride a bike for the first time, the next time you get on a bike, you probably feel confident in your success. If you observe a friend successfully riding a bike (vicarious experience), particularly if he or she is similar to you in relevant ways, you are more likely to believe you can also ride a bike – even if you have never done so. People like parents or friends may encourage you by saying you can do it (verbal persuasion), which also builds efficacy. Finally, negative emotions such as fear, or positive emotional states can, respectively, hinder or help bicycle riding success. What does riding a bike have to do with terrorism?

Counter-messaging may serve to disrupt the rationalization process by humanizing victims [AND] providing accurate portrayals of overt violence.

Bicycle riding highlights the significance of information that increases self-efficacy and therefore increases the likelihood that a subject will attempt to ride a bike for the first (second, third, etc.) time. ISIS propaganda serves a similar purpose, seeking to create and increase the sense of self-efficacy among target populations, encouraging them to get on the terrorism bike for the first time, and then get back on it again and again.

First, consider that once an act is successfully carried out, one overcomes many psychological hurdles to doing a task. Therefore, that first successful act is significant. Yet, individual success is difficult to experience over social media, and ISIS overcomes this difficulty by successfully using social media platforms to promote the other means of building efficacy. The use of videos, images, and written accounts give vicarious experiences that social media followers then also experience and share – building confidence to support ISIS, migrate to Iraq and Syria, or even carry out violent acts. Furthermore, the content of dialogue, social sharing, and the support characteristic of social media serve to provide verbal and social persuasion. Finally, violent images, religious themes, and personal accounts combine to trigger emotional cues in support of ISIS. The collective result is the development of efficacy beliefs for tasks of supporting and engaging in violence.

These routine psychological processes – resolving dissonance through euphemistic labeling and moral justification, and increasing self-efficacy – highlight the importance of information in the struggle to contain terrorism and extremism. Yet where should we focus our efforts? Early intervention seems crucial, and such efforts should focus on improved interventions to disrupt recruitment. But we also need a better information strategy, one that develops and implements more precise targeting of the psychological mechanisms that currently favor radicalization and violence. First, we need to create cognitive dissonance in the minds of the target population, undermining the euphemistic labeling and moral justifications that currently enable violence, while simultaneously eroding the population’s sense of self efficacy in engaging in terrorism. Second, we need to resolve and reduce dissonance around constructive behaviors, delivering messages that increase the population’s sense of self-efficacy pertaining to normal employment, education, and family life.

Disrupting rationalizations by creating dissonance may be difficult. Yet the same social media platform used in promoting harmful rationalizations can be exploited to distribute counter-messages that disrupt the rationalization process. These messages must humanize victims, accurately describe violence and its effects, invalidate moral justifications, and connect violent behavior to its exceedingly harmful effects. That said, the complexity of disrupting rationalizations also highlights the untapped potential for self-efficacy as a target.

We must also disrupt self-efficacy beliefs that promote terrorism. This underscores the continued importance of effective security and counter-terrorism operations. It is essential that people believe that terrorist acts are both hard to carry out and – if successful – as bringing swift and unpleasant retribution. Failed attempts instill doubt, suggesting one does not have the ability or resources to succeed at a given task. We must develop a deeper understanding of how self-efficacy for terrorism forms, and undermine it by taking greater advantage of successful counterterrorism operations, which produce information that can disrupt the self-efficacy of others considering terrorist behavior.

Social media and other digital platforms provide significant opportunities for such disruption. Research by the Brookings Institute hints at the potential of such an approach, albeit without an explicit connection to efficacy beliefs. We must saturate networks with instances of failure to disrupt efficacy formation, exploiting these platforms to disrupt the formation of efficacy beliefs among potential followers and future terrorists. We must counter the social persuasion that convinces people that they can succeed. And we must connect the appropriate negative emotions of anxiety, fear, and shame with the inhumane acts of violence that terrorists carry out.

We need a more effective approach to information operations in containing and combating violent extremism. Routine psychological processes for normal human functioning operate in the commission of terrorist acts. Indeed, ISIS provides an example of a successful social media campaign that exploits these behavior mechanisms for the promotion of violent acts. Without a doubt, violent groups of the past used the same psychological tools, and future extremists will follow a similar approach. Terrorism involves perpetrating awful acts, and the repugnance of terrorist acts will always require a powerful array of psychological approaches to help potential terrorists rationalize contemplated violence. Understanding these routine processes allows for counterterrorism operations to work across multiple domains, not just the physical/kinetic, targeting the psychological processes that support involvement in terrorism. It is our turn to be disruptive.

Noel Palmer, PhD, is Associate Professor of Management at the University of Nebraska at Kearney and a colonel in the U.S. Army Reserve. The views expressed in this article are those of the author and do not necessarily represent those of the U.S. Army War College, U.S. Army, or Department of Defense.

Photo: Fighters from the Iraqi Imam Ali Brigade, take part in a training exercise in Iraq’s central city of Najaf on March 7, 2015.