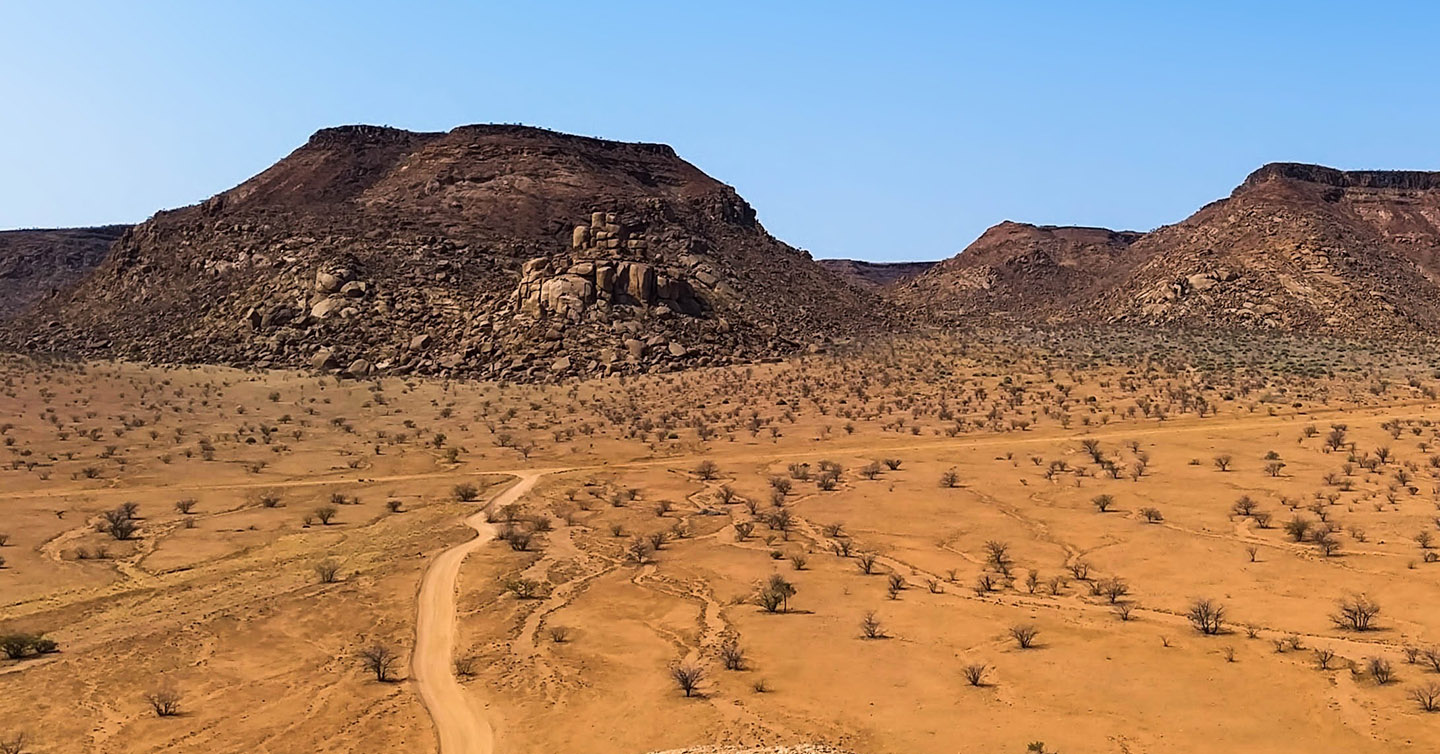 Last month, Air Force Chief of Staff Gen. David Goldfein testified before the Senate Armed Services Committee on the matter of climate change, where he correctly noted that “we have to respond militarily very often to the effects globally of climate change.” Nowhere is climate change felt more strongly than on the African continent, where rapid desertification and decreased rainfall have yielded profound results for the region’s ecological system. As Jared Diamond’s meticulously written examination of human history, Guns, Germs, and Steel, finds environmental factors heavily influence the trajectory of societies. Environmentally and socially, African countries will continue to be affected by changes in their climate, which has implications for the region’s security landscape.

Mali is one important case study of the connection between ecological devastation and war. The Northern Mali conflict broke out on January 16, 2012, and was led by the National Movement for the Liberation of Azawad (MNLA). As rebel forces closed in on Bamako, the French government, otherwise opposed to unilateral intervention, felt as if the situation demanded an immediate response. French forces were subsequently instructed to intervene on January 11, 2013.  The major non-state actors in Mali were the Movement for Oneness and Jihad in West Africa (MUJAO), an Al-Qaeda affiliate; the previously mentioned National Movement for the Liberation of Azawad (MNLA), a Tuareg nationalist faction; Al-Qaeda in Mali; and Ansar Dine, an Islamist splinter group which broke away from the MNLA and aligned itself with foreign Jihadist organizations.

None of these actors specifically noted climate change as a grievance. However, disasters caused by climate change were left unaddressed by the central government, which exasperated the political situation. Conditions in the arid north, for instance, have grown increasingly dire over the past several decades. A study conducted by USAID, for example, found that “relatively large swaths of northern Mali are hotspots.” It also noted that three-fourths of Mali’s population resides in areas vulnerable to potential climate-related crises.

These problems are compounded by government ineptness and a discriminatory attitude towards the Tuareg people. The Global Military Council on Climate Change (GMCCC) concluded that dismissive attitudes toward northern issues and low capacity overall led to climate-related challenges in underdeveloped areas being left unaddressed. During a 2014 interview with Al-Jazeera, an MNLA spokesman explained his organization’s grievances with the central government. These include diversion of internationally donated funds away from the Tuareg people and the lack of schools, hospitals, and wells. He also alleged the government was committing atrocities against civilians.

Malian officials have also admitted that Jihadist groups will simply bring food to highly impoverished towns and leave with allies in tow. As one village chief in the north said, “The government hasn’t done anything.” While this reinforces the underlying premise that wars are primarily fought for political and economic reasons, it does show how environmental problems when combined with institutional failures can provide additional fuel for unrest. In 2013, a study conducted by the U.S. Army’s Strategic Studies Institute reported a 30% decrease in rainfall since 1998. As a result, chronic hunger has become an endemic problem for the country, with 1.8 million citizens in desperate need of food aid.  In the sparsely populated northern provinces alone, more than 270,000 people face starvation.

What opportunities do climate change in Mali create?  Security problems, for one. For example, the GMCCC hypothesized that drier conditions enabled the mobilization of men and resources needed to undertake large operations such as the Azawad offensive, which culminated in with MNLA forces controlling northern Mali by April, 2012. Current climate projections for Mali predict more intra-seasonal variability, such as increased dry spells during otherwise rainy periods. Extended dry periods create longer fighting seasons and give groups who rely on seasonal fighters more time to plan, organize, and execute major combat operations.

Another security crisis that has grabbed Western attention in Africa is the threat posed by Boko Haram, which is now split between two main factions. Emboldened by the kidnapping of 276 girls from a government school in the spring of 2014, hundreds of thousands tweeted “#BringBackOurGirls.” This event, though tragic, is one of many instances where the group has used malevolent tactics in its broad campaign of terror in Nigeria. In January 2015, Boko Haram razed the town of Baga, leading to more than 2,000 deaths over the course of several days. This past April, Boko Haram killed 21 people in a northeastern Nigerian village and another 11 in an attack in Cameroon’s Far North Region. Yet Nigerian security forces struggle to crackdown on the group, and the Boko Haram faction aligned with the Islamic State has gained momentum over the past several months. According to Aryn Baker of Time magazine, the transition to democracy “hollowed out” the armed forces through “a combination of poor leadership, graft, misdirected staff training and a succession of civilian governments so worried about another coup that they have starved the armed forces of key resources.”

Boko Haram has a long and complicated history. However, climate change likely played a role in their rise. Some analysts argue that the 2004-05 agricultural crisis in the region played a significant role in providing cannon fodder for Boko Haram’s ranks. During two seasons of incredibly low crop yields, many refugees fled to Nigeria in search of better prospects and served as a recruitment pool for the group. Furthermore, one study conducted by the United States Institute of Peace found a “basic casual mechanism” linking climate change to political violence in Nigeria. As with Mali, this is not a direct relationship. Instead, the researchers argue poor responses to climate change heighten associated risks with one or more aggravating factors of conflict.

Though more research is needed to evaluate the impact of climate change on economies, existing literature does suggest a troubling trend. Given that 60% of Nigeria’s population and three-fourths of its unemployed are under thirty, a large recruitment pool for extremist organizations exists. Moreover, economically disenfranchised youth are statistically more likely to drift towards these organizations as both a form of political participation and economic activity. Thus, negative climate shocks which affect labor markets could generate more at-risk individuals. Unfortunately, terrorist groups like Boko Haram are not the only actors prone to take advantage of an unemployed population. Politicians in Nigeria often have wealthy “godfathers” who bankroll their campaigns and hold significant clout in the country’s socio-economic system. In one instance, a politician did not follow through with his godfather after winning an election caused an outbreak of looting, violence, judicial ambushes, and a gubernatorial abduction.

Economic studies have shown that trade typically serves as a buffer between peace and violence, as interdependence provides an incentive for cooperation. It eventually becomes a self-feeding loop: advantageous ties warrant more investment, which further reinforces the buffer.  It also promotes the cultivation of good social ties between groups. However, climate change has the potential to upset existing trade and social agreements. For instance, desertification has driven Fulani herders to encroach on farmers’ land, which has led to clashes between the two groups. In addition to this, as ties decay and tensions rise, identity politics become ever more crucial within the context of disputes.

3. Negative relations between the government and its citizens

In the environmentally delicate Niger Delta, government officials and property have frequently been targets of violence. In April 2015, gunmen killed nine people and burned down a politician’s house, while Urhobo militants destroyed a major oil pipeline. In fact, between 2007 and 2009, the deterioration of security in the area resulted in half of Nigeria’s onshore oil platforms being shut down. Petro-business, which is sanctioned by the government, has resulted in environmental degradation and climate change in the region, leading to youth militarism and gangsterism, hostage taking, and inter-communal violence.

While innovative techniques developed on the local or private levels to mitigate the effects of climate change are beneficial, there have also been negative responses. For example, climate-induced migration could see government services in affected areas overwhelmed. Nigeria’s social safety net is already weak to begin with and existing refugee camps are petri dishes for crime.

Dan Smith of the Berghof Foundation notes that the primary determinants of war are still political and economic factors. However, climate change does lubricate the slide to conflict. The United States military perhaps most succinctly describes climate change as a “threat multiplier.” In other words, actors are not driven to war because they acknowledge climate change. Instead, they observe the effects of it (e.g. less arable land) and act in a way that undermines political stability (e.g. migration). Mitigating these negative effects will prove important as the United States continues to promote a more prosperous and secure Africa.

Tom Sarsfield is a specialist in the aviation branch of the U.S. Army. The views expressed in this article are those of the author and do not reflect the views or policies of the Department of Defense or U.S. Army. Tom can be followed on twitter @TomTalksNatSec