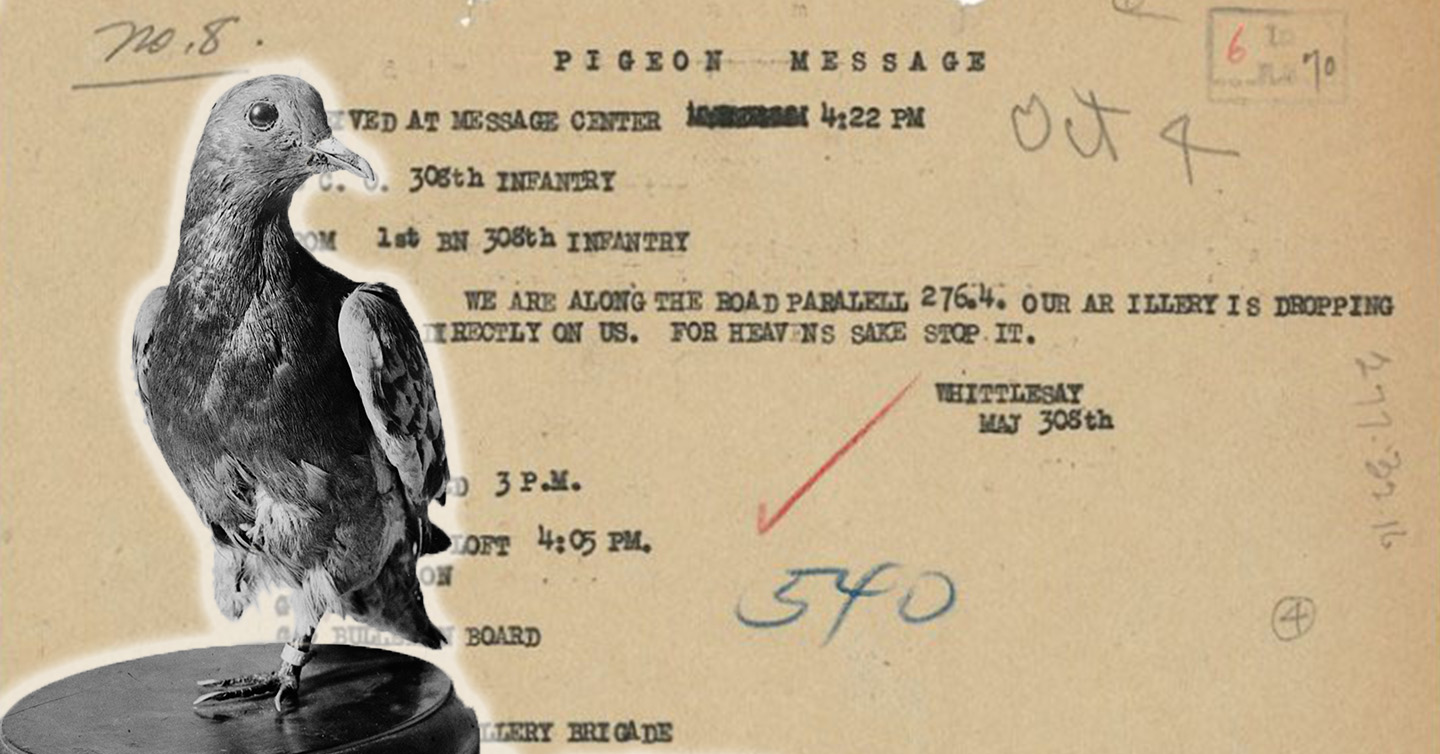 Technological innovation has always been central to warfighting, and the advances made over the 20th century were especially important. During the First World War, battlefield communications were limited, and armies employed means–old and new–to communicate. They used old technologies such as semaphores and telegraphs as well as new ones such as telephones and signal lights. But they also relied on animal power, including messenger dogs and homing pigeons to transmit critical information.
One such pigeon was responsible for delivering the message that saved the “Lost Battalion” — the 77th Infantry — from a friendly artillery barrage whilst trapped behind enemy lines. The message from commander Major Whittlesey is an important artifact and tells an important story about communications, artillery, and combat in the First World War. Homing pigeons were celebrated and hailed as war heroes. Cher Ami, one of the most famous pigeon messengers from the war is on display at the Smithsonian Institution’s National Museum of American History (NMAH).
Explaining the roles and importance of homing pigeons in the first World War is Dr. Frank Blazich of the NMAH. A BETTER PEACE Editor-in-Chief Jacqueline E. Whitt moderates.

Frank Blazich is Lead Curator of Modern Military History at the Smithsonian Institution’s National Museum of American History. Jacqueline E. Whitt is Professor of Strategy at the U.S. Army War College and the Editor-in-Chief of A BETTER PEACE. The views expressed in this presentation are those of the speakers and do not necessarily reflect those of the U.S. Army War College, U.S. Army, or Department of Defense.

Image: Screen shot of the original message carried by a WWI homing pigeon, with the famous pigeon, Cher Ami overlaid. Both from the National Archives, via the U.S. Army Home Page.