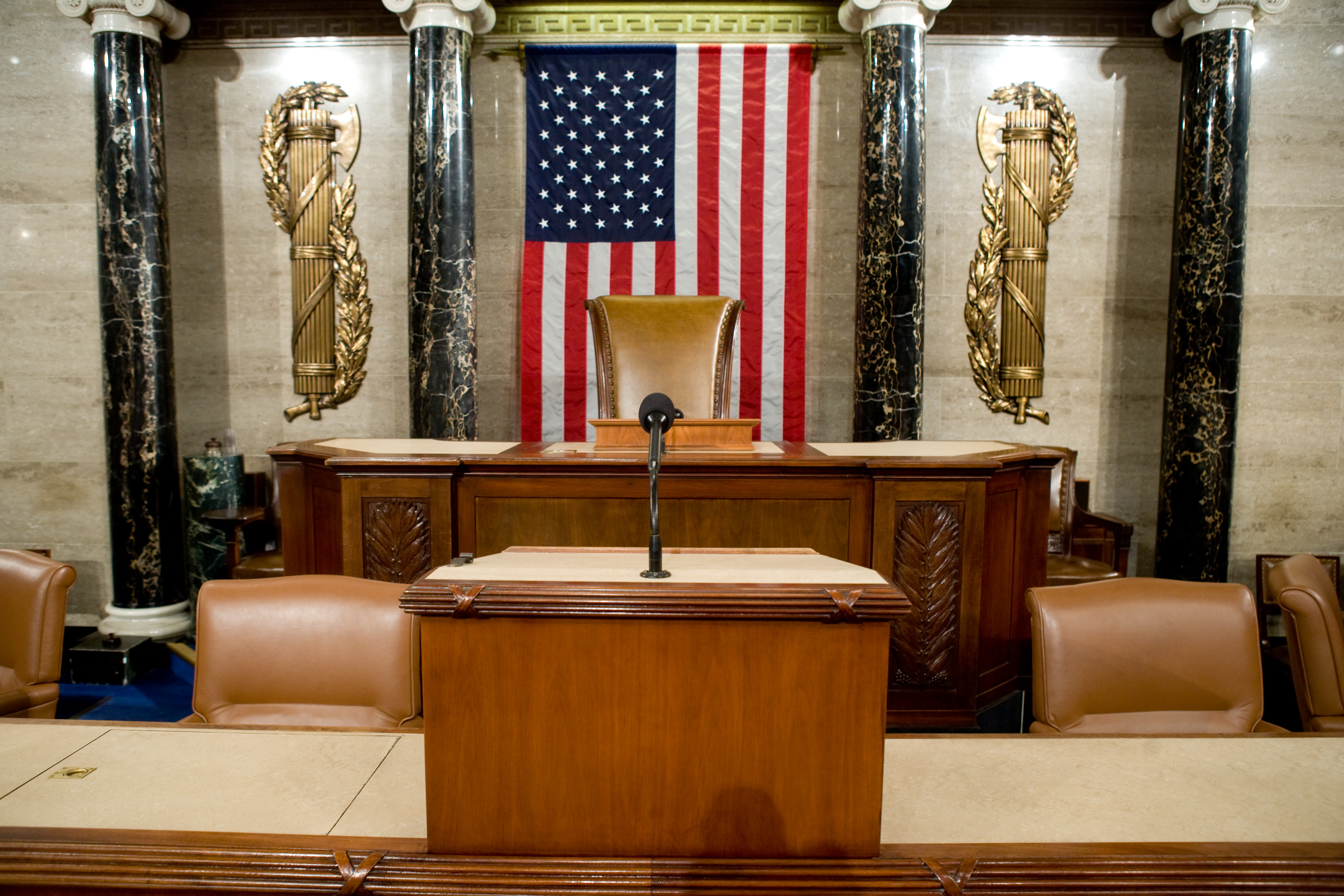 If you doubt your command of the information that you are presenting, you are halfway defeated before you even start.

When effective military leaders consider the reasons for their success, they are unlikely to name “good public speaker.” Smooth talk seems unimportant compared to the principles of action that we usually think of as the foundations of military leadership, perhaps best epitomized by the “Be, Know, Do” leadership framework that the U.S. Army used for decades. Yet effective communication is essential to good military leadership, and becomes more important and more challenging as officers ascend to higher ranks. At the strategic level, persuasion trumps coercion, and being a good speaker is a huge asset.

There is no shortage of advice on public speaking, but all of it is set against a common fear: speaking to an audience. Though I have never considered myself an expert public speaker, I have observed a handful of best practices over the years as I have coached, supported, and advised subordinates, colleagues, and superiors. All effective presentations should strike three chords: persuasion; responsiveness to the audience; and purpose. To do these things, you must balance confidence and humility, know yourself and your audience, and do your job.

If you doubt your command of the information that you are presenting, you are halfway defeated before you even start. This goes beyond a trite suggestion to believe in yourself. Particularly among the seasoned professionals that I work with, basic self-confidence is not often an issue. Yet, a conviction of your own competence can ring hollow unless your behavior is consistent with that conviction. Ironically, attitudes follow behavior, not the other way around. In other words, it is only after you act in all the ways that would be symptomatic of self-assuredness that you can fully persuade your body and emotions to fall in line. Many professionals fail to follow through in translating their internal self-confidence into physical behaviors. Instead, they tend to focus on discrete tips to mask any anxieties they feel about speaking, rather than resolving them.

Authentic self-confidence shows up in many ways, but one of the most obvious is presenting without referring to pages of notes or detailed scripts. Not only can relying on such crutches lead to boring presentations, it also can reinforce any doubts you are harboring about your competence (consciously or unconsciously). Your tendency will be to detach from the audience in every way but physically. When you fail to relax or to trust in what you know – regardless of any suspicions by those in the room – you will cede your case before even getting to argue it. If audience members doubt your information, and you are practicing any of the negative habits above, they will disengage from you and your message. It is much better to know how to draw them in.

Know Yourself; Know Your Audience

Even many professionals make yet another type of mistake, because they look at presentations as just another mode of conveying information. They focus on knowing the information they are presenting, inside and out, to deny critics any assailable flanks. They load as many rhetorical bullets into their material as possible to survive and win. For such ends, having copious notes, constructed with rigorous logic makes a lot of sense. With such notes, it can also seem unnecessary to rehearse.

This mindset is more akin to cramming for an exam than to preparing for a crucial scene in a play. Yet, decision-making and perspective-broadening presentations are, in fact, more like the latter than the former. You are seeking to change the perspective of the audience, rather than to pass a test in which they serve as your proctor. Moving the audience beyond (or away) from what they already believe requires the power of trust as well as of reason. Getting the kind of trust that changes people’s mental frame is emotional as well as rational  –  interactive as well as directed. You must converse with your audience.

Conversing in a large group, however, is obviously not the same thing as sitting around a table with a few friends chatting. It is an interaction, but it is one in which the conversation is shaped and steered by the speaker. Adeptly guiding the way requires fluency not only in the information you are presenting, but also in translating your thoughts into speech.

As anyone who has struggled to write a coherent and meaningful essay would know, the perceived brilliance of an inspiration can read like it was written by monkeys on a keyboard in a first draft. Solid towers of reasoning in your mind collapse into pillars of sand on the page. The same rude discovery often emerges when you try to articulate your argument out loud, whether it be to a wall, a pet, or a trusted colleague. Just as understanding the mechanics of baseball pitching does not equip you to actually throw a curveball into the strike zone, knowing the details of your topic (or your talking points) does not necessarily prepare you for engaging your audience. Only by hearing yourself speak will you notice the awkwardness of a certain transition or the absence of a compelling “so-what” in your presentation. It is important to be honest and critical with yourself. Rehearse, just like actors do.

Though stage actors perform from a script, they also feed off the energy and reaction of their audience. Presenters must do the same to be effective. Their “script” is their expertise and their “act” is based on their self-awareness, which comes through rehearsal. The dynamics for presenters are different in that their audiences are not typically predisposed to suspending disbelief. Therefore, the audience may not accept facts at face value. This opens a space for the desired conversation between the presenter and the audience. In all but the most doomed of presentations, listening to the concerns and interests of the audience members provides you with valuable clues as to what could move them toward a better perspective (which is presumably the one you are presenting, but not always…being the foil can be a noble function too).

Public speaking is about bringing the virtue and potential of a rich, individual conversation to a whole group, and about engaging the power of the gathering itself to enlighten people, rather than to pacify a herd with numbing volumes of information.

Picking up clues requires a skilled and patient ear. You must know the lexicon and the contours of the subject, and also be able to quickly discern the nature of the comments made, which sometimes go beyond their apparent meanings. You must be patient in that the audience (the key decision-makers in particular) should be allowed to get their thoughts out and to be heard, even if they strike you as being errant. Patience thereby gives you the opportunity to obtain a richer understanding of where your audience members are in their grasp of the material (topically and emotionally) and to develop a rapport with them. Discourse is about mutual understanding and not lecturing. Presentations go where the audience is capable of going, and you would be wise not to push past that threshold.

Do Your Job, Not the Audience’s

Your role is to make the decision-makers better in their roles, by improving their mastery of the issues at hand, and by clarifying the choices to be made. Following the natural flow of a presentation with your audience therefore requires humility. It is not your place to appropriate for yourself the burden or power of determining which choice to make. Accepting that an audience might reject any or all points you present is essential to performing your role competently and objectively.

Equanimity about the outcome empowers you to move along with the flow of a conversation, without feeling compelled to interject in order to avoid a perceived wrong turn, or to correct every misstatement. It also frees you to dispassionately and compellingly take a rhetorical stand when it really does matter, rather than dissipating your energy – and exhausting the patience of the audience – by chasing every strand of thought. Owning your responsibility to advocate in a presentation while not appropriating responsibility for the audience’s conclusions saves you from neurotically trying to control the discourse. It allows you to focus on the quality of the conversation    from planning, to rehearsal, and through to the presentation itself. Hubris over your performance or its outcomes is often tacit or unintended, and yet it is the root of much anxiety and ineffectiveness among presenters. If you are humble in your approach, your expertise and your authenticity will make you, your organization, and those around you better at your roles.

Many otherwise competent individuals that I have worked with frequently missed the mark – failing to be persuasive, responsive, or purposeful in their presentations. Part of the problem was that many misunderstood what public speaking is, thinking that it only refers to speeches and not also to routine presentations. Still others connect the role of public speaking expertise with their work, but they think it is merely the act of speaking with confidence. Confidence is necessary but not sufficient; soaring rhetorical flourishes are powerful but not necessary. Public speaking is about bringing the virtue and potential of a rich, individual conversation to a whole group, and about engaging the power of the gathering itself to enlighten people, rather than to pacify a herd with numbing volumes of information. Doing the latter may leave you wondering if anyone is listening. By being confident, by knowing yourself and your audience, and by performing your role as the facilitator of a good, informative conversation of sorts, you can succeed with your audience. Otherwise, you may fear that you have stumbled into a cave alone, where nothing is heard but the sound of your words, echoing from walls.

Robert Mihara is a lieutenant colonel in the U.S. Army. The views expressed in this article are those of the author and do not necessarily represent those of the U.S. Army War College, U.S. Army, or Department of Defense.