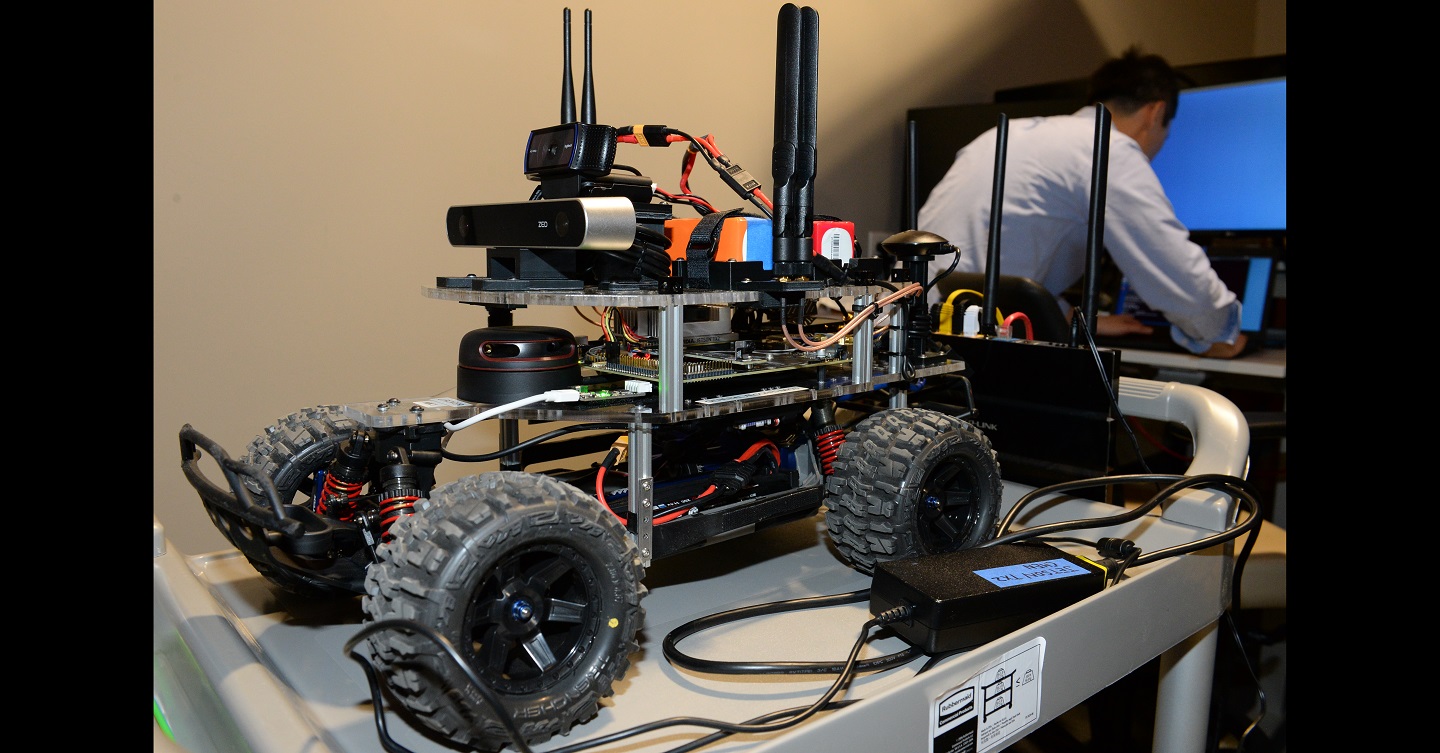 The American model of innovation has long depended on public support and funding through both the national laboratory system and university-based research that American industry has commercialized into products.

For the second time in 12 years, the American federal government is likely to respond to a deep recession with massive stimulus spending to lay the foundation for future economic growth, adding to the several trillion dollars Washington lawmakers allocated to arrest the economic freefall incurred by the COVID-19 outbreak. Yet lawmakers should not simply act to rebuild the economy. Rather, they should act to protect and advance America’s leading role as a technology industrial base, a role that China is challenging with alarming effectiveness.

Congress should appropriate a multi-billion-dollar public capital fund to finance private firms that are developing mission-critical technologies to compete with China. The need is urgent.  In artificial intelligence, 5G telecommunications, and autonomous systems, the United States now risks its national research and development (R&D) and technology bases falling behind those of its most able economic and military rival.

The emerging competition between the United States and China pits two fundamental innovation models against one another.  America’s innovation engine has long been fueled by market forces, while Chinese innovation is heavily subsidized by the Chinese government. In the United States, when the market fails, the capital market freezes, and emerging technology firms are left without critical financing channels. With the Pentagon increasingly dependent on smaller, alternative suppliers for new technologies – American national security is undermined. A public capital fund will end this reliance on private financiers whose motivations have little to do with national security objectives.

The Threat to the American Model of Innovation

The American model of innovation has long depended on public support and funding through both the national laboratory system and university-based research that American industry has commercialized into products. The U.S. government has provided public seed grants and bridge financing—often through the Small Business Innovation Research  program—to researchers and organizations exploring technologies deemed too early, or niche, for more commercially-focused private financiers. This model served to overwhelm the Soviets during the Cold War and laid the foundation for the information technology and biotech industries that spawned from publicly-funded research.

Yet the economic disruption of the COVID-19 pandemic demonstrates that the leadership role of America’s technology industrial base is far from certain, underscoring vulnerabilities in the American model. The trend before the pandemic pointed to the continued consolidation of large defense contractors, with much of the cutting-edge R&D left to smaller alternative suppliers. This development has led Department of Defense acquisitions officials to search for technologies through a network of new defense programs—including the Defense Innovation Unit , National Security Innovation Network , and the U.S. Air Force’s AFWERX initiative—designed to engage small businesses and startups developing high-risk, dual use technologies.  These small businesses and startups are now facing an emergency funding environment that, without bridge financing in the near future, might force them to sell ownership to larger defense contractors or private equity firms that now carry an estimated $1.5 trillion in cash on hand. Such an event could stop the progress of technologies the Pentagon urgently needs to acquire.

The Chinese model of innovation differs in subtle and important ways that disrupt  America’s competitive advantage.  Chinese tech titans like Huawei and ZTE that receive government subsidies are seen as gaining unfair advantage against European and American competitors that must rely on capital markets for risk financing. Yet any objective evaluation of the relationship between the Chinese government and Chinese firms would find it to be only a slight variation on the relationship between the U.S. government and America’s own technology industry built over many decades.

A critical difference that separates the American innovation model from that of China is an American overreliance on private sources of capital after a prototype is built and a product is introduced. At this stage of technology and business development, the American model dictates that private firms must be affirmed by the private financial market with capital coming only from  private sources. The American innovation model places a rather sudden insistence on maintaining “free market principles” after a prototype is introduced, and levies stringent requirements to demonstrate short-term profitability. Yet short-term profitability is simply not possible for firms building complex technologies that require longer development cycles.

This model is counterproductive and incompatible with meeting and defeating the technology base China is building. No longer content in manufacturing the world’s t-shirts and consumer goods, China has now overtaken the United States in generating patents in AI, sequenced a human genome for less than $100, and now supports the largest, strongest 5G network in the world. Huawei is fanning throughout the world, providing effective and affordable 5G equipment in countries that used to turn to the United States for new technologies. Unsurprisingly, Chinese leadership in technology is beginning to find its way into defense. China has invested heavily to develop maneuverable hypersonic missiles to overmatch missile defenses arrayed in Taiwan and claims to have produced a coating that will effectively conceal its fighter jets and ships from radar (though the latter claim has left observers skeptical).  Each year Defense News publishes a list of the top 100 firms in the world, ranked by defense-related revenue. In 2018, not one Chinese firm was listed in the top twenty; in 2019, there were seven.  To stay ahead of China, the United States. must amend this model to compensate for the inadequacies and misalignment of the private risk capital market. Ensuring that this network of small, innovative companies that is driving our national defense technology base survives this crisis is more than just an economic concern—it is a national security imperative. American economic strength is an instrument of national security. Key to achieving the aims of the National Security Strategy is embracing interconnection among technological, economic, and military dominance.

This fund would be guided by validated science and a laser-focus on completing technologies aligned with our National Defense Strategy.

Senate Republicans recently introduced a $29.4 billion rescue package aimed at defense contractors to see several large acquisitions programs through the COVID-19 crisis. Similar assistance should be extended to smaller alternative suppliers that have relied not on big-ticket acquisitions, but on private venture capital to charge growth and provide the Pentagon critical technologies. Few expect the private venture capital markets to soon yield the same robust deal flow that has characterized the last eight years, and this state of affairs should add to the anxieties of national security officials.

The best approach to confront this and future economic crises is for the federal government to step into the economic void, purchase equity in small alternative suppliers, and actively ensure that critical defense technologies are not stymied because the private financiers cannot take on the necessary risk. Washington lawmakers should commission an Economic Defense Capital Fund to provide bridge financing, ensure critical technologies advance, and ultimately repair the misalignment between the private markets and the defense acquisitions process.

This fund would be modeled after the Central Intelligence Agency’s In-Q-Tel and perhaps operate alongside the Pentagon’s newly formed National Innovation Security Capital program, though it would be dramatically larger in scope and scale. It would be commissioned to purchase equity in American companies building capital-intensive technologies of interest to the Pentagon, even at the riskiest stages of technology development (when private financiers are least likely to invest). In participating actively in the capital markets, it would fundamentally reshape the American innovation model to meet the realities of the current economic crisis, future economic crises, and the challenges posed by near-peer competition outlined in the National Defense Strategy.

The fund’s structure will be critical to its long-term success. This fund would be guided by validated science and a laser-focus on completing technologies aligned with our National Defense Strategy. It will be much less concerned with short-term profitability than the private capital market.

The Economic Defense Capital Fund will engage promising research projects early and lead financing rounds. It will provide larger capital investments in successive stages when a firm has demonstrated sufficient technological readiness. For technologies that require a longer development cycle, the time horizon that governs the fund will be extended beyond the ten-year life cycle that typically governs privately managed venture capital funds.

The challenges are big, and so too must be this fund. It would be toothless without an eye-popping number of investable dollars. For fields of technology of interest to the Pentagon—autonomous systems, nanotechnologies, and synthetic materials, to name a few—tens of millions of dollars in early-stage financing is often required. To start, $1 billion seems to be the right opening salvo to begin fixing the procurement process.

The Economic Defense Capital Fund will be managing public dollars, so it is logical that the U.S. taxpayer share in the upside of companies in the portfolio. In exchange for public financing and strategic patience not often extended in the private market, this fund will retain equity stakes and board memberships in ventures in which it invests, moving outside of the standard grantmaking role that the Pentagon has employed to drive the advance of preferred technologies.  This fund will act to ensure portfolio companies’ manufacturing and supply chains remain in the United States. The Economic Defense Capital Fund will also incentivize disperse deal flow across the United States and not consolidate investments in the Bay Area, Boston, New York, and other cities that already support the preponderance of venture capital market deals. This dispersal is not to accomplish any economic agenda, but rather to engage a broader, more inclusive network of technology communities at every geographic corner.

A Technological Race the U.S. Must Win

This defense-in-depth approach is paramount in a race that requires everyone in. What the Pentagon confronts is a technology race between it and China where the stakes could be no higher. If China emerges from this race with military superiority, it will own the ability to threaten U.S. overseas interests and supply chains, and even the American homeland.

The Economic Defense Capital Fund would mobilize America’s R&D and technology sector and quickly build technologies to make certain that does not happen. It introduces a solution that is tailored for this pivotal moment in history, when America’s economy and national security require a recommitment to public support for R&D and a faster velocity of technologies moving into development. Washington lawmakers must recognize that the next COVID-19 stimulus package might be the last opportunity to correct America’s broken innovation model before China takes the lead in defense technology.

Brandon Bodor is a lieutenant colonel in the Army Reserve’s 75th Innovation Command and has completed deployments to Iraq (2007-08), Afghanistan (2010-11), and Jordan (2017-18).  He holds degrees from the United States Military Academy and the University of Chicago Booth School of Business. Thomas Day is an Iraq War veteran, serving in 2003 and 2004 with the Army’s 101st Airborne Division, and was a bureau correspondent in Kabul, Afghanistan, in 2009 and 2010. He holds degrees from Penn State University, the Medill School of Journalism at Northwestern University, and the Harris School of Public Policy at the University of Chicago. Mr. Day is currently director of research for Five Forks, LLC, and an adjunct lecturer at the Harris School of Public Policy. The views expressed in this article are those of the authors and do not necessarily reflect those of the U.S. Army War College, the U.S. Army, or the Department of Defense.