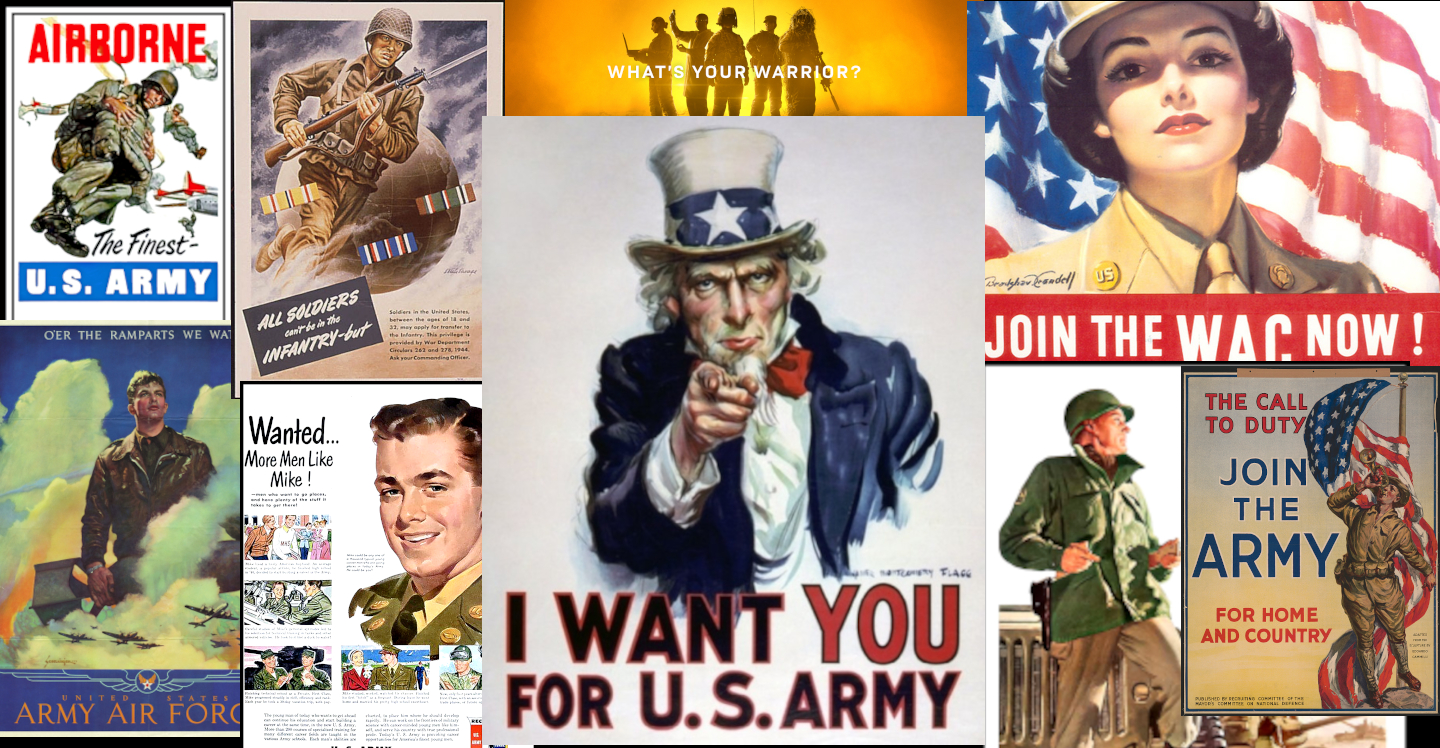 “Be All You Can Be”, “Army of One”, “Army Strong” these are just a few of the most recent slogans used by the U.S. Army Recruiting Command in the last 40 years. The first remained in place for over 20 years. The last was 12 years running. But if the Army is going to meet its recruiting and retention goals it’s going to need new and innovative strategies to find and keep, motivated, talented and qualified individuals. David Eckley and Silas Martinez join A BETTER PEACE host Ron Granieri in the studio to discuss innovation in Recruiting Command. As a student in AY20, Eckley realized that during his time as a recruiting battalion commander, he had applied the very same innovation strategy he learned in class. He used that knowledge to outline a plan to ensure innovation doesn’t stagnate.

I noted that my experience in recruiting command aligned with the innovation implementation strategy that was discussed in in one of our classes.

Photo Description: A collage of U.S. Army Recruiting posters throughout the years.