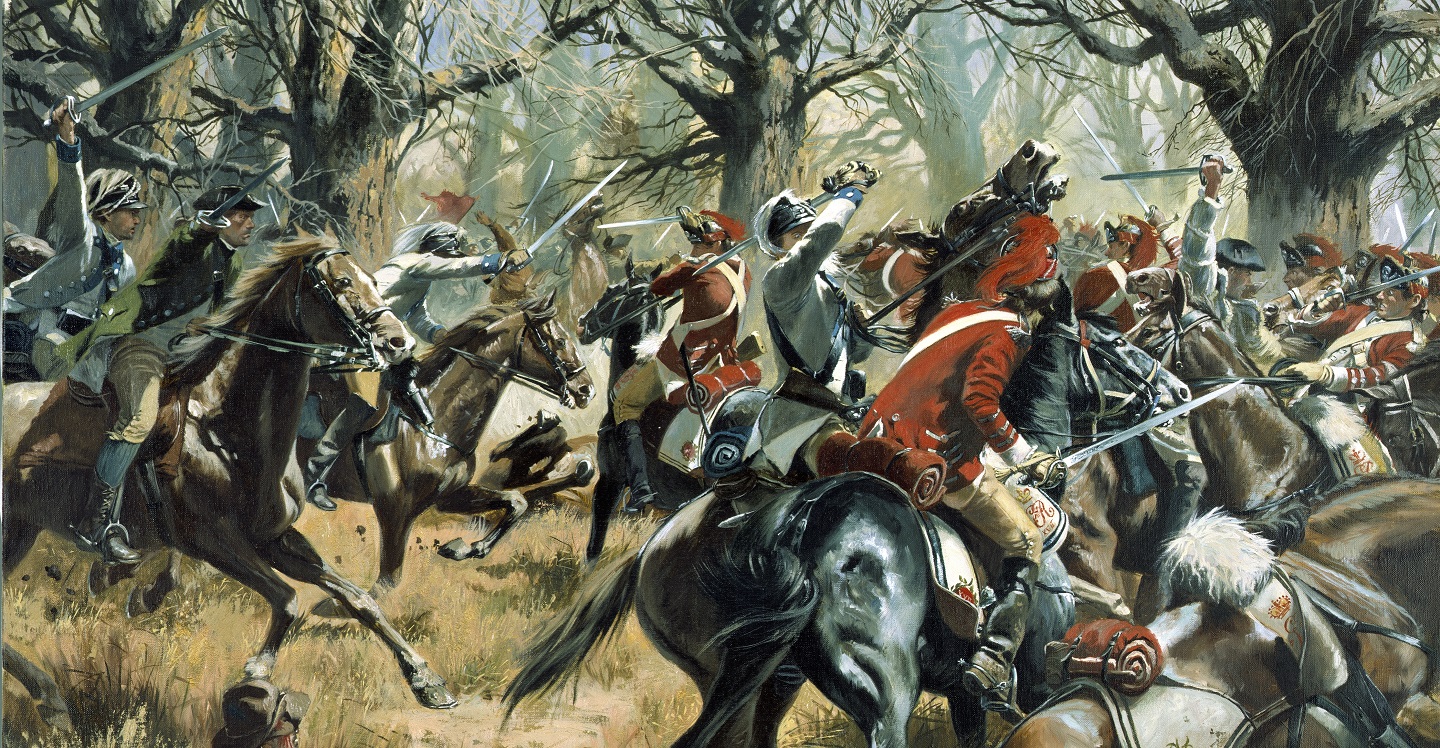 To delay action in an emergency because of insufficient information shows a lack of energetic leadership and may result in lost opportunities. The commander must take calculated risks.

The estimate of the situation has been a fixture in U.S. Army operation orders since 1909, with roots dating back to the late 19th century and Dennis Hart Mahan.  Over the last 100 years, however, the estimate process has been subject to a nearly constant doctrinal battle between those seeking to hone command intuition and those seeking a more scientifically based staff decision-making process. Today, the rapidly evolving nature of the battlefield, coupled with recent research in judgment and decision-making, require a reconsideration of the estimate of the situation, not of the intent writ large but of the details of how these estimates are derived.  This reconsideration is required especially given new research on the skills and approaches used for developing strategic estimates.

The U.S. Army’s century-long doctrinal evolution of the estimate of the situation vacillated between describing and prescribing an inscrutable and fast process based largely on a commander’s intuition and a more deliberate, comprehensive staff planning process. On the brink of World War II, a new FM 100-5 Operations stressed the need for “rapid thinking” and warned: “To delay action in an emergency because of insufficient information shows a lack of energetic leadership and may result in lost opportunities. The commander must take calculated risks.” Yet, the doctrine also seemed to contradict itself: “A decision once made is not changed without some compelling reason. In combat the will and energy of the commander must persist until the mission is accomplished.” This, of course, is fine if there is only one decision to be made.  The trouble comes when the next set of uncertainties present themselves and the commander has to both act on the new information and maintain his previous decision.  The result was an unresolved tension between intuitive execution when key facts may be unknown and informed execution on the basis of known facts.

The political sensitivities of the Cold War led to a nuanced doctrine reflected in the 1960 version of FM 101-5 Staff Officers’ Field Manual: “The purpose of the estimate of the situation is to determine the most suitable course of action to accomplish the mission.” Doctrine now called for estimates by the tactical commander, the administrative commander, the staff, the personnel officer, the intelligence officer, the operations officer, the logistics officer, and the civil affairs officer. Added to “considerations for possible courses of action” were hydrography, communications, politics, economics, sociology, psychology, technology, materiel, transportation, manpower, and vulnerability to nuclear attack. Clearly, the doctrine indicated an expanded and primary role for staff work in the estimate process.

The doctrinal struggle between the two approaches – commander vs. planner – has continued into the new century.  Recognizing that operations demand constant decisions and revisions to plans, recent doctrine has embraced continuously updated “running estimates” to feed joint commander-staff decision making.  The 2008 FM 3-0 Operations, which incorporated lessons learned in Iraq and Afghanistan, emphasized that in uncertain environments commanders required situational awareness (staff work), yet also had to be prepared to accept risk (command). The manual stated, “Commanders increase the breadth and depth of their visualizations by collaborating with other commanders and developing a shared situational understanding. Likewise, staff input, in the form of running estimates, focuses analysis and detects potential effects on operations. Commanders direct staffs to provide the information necessary to shape their visualization.” On balance, in the 2008 doctrine, the intuitive commander has primacy over the deliberative planner, as it is the commander exercising judgement and executing based on their understanding of the environment.

In 2014, then, the Army issued the current FM 6-0 Commander and Staff Organization and Operations (with changes added in 2015 and 2016). It maintained the sole reliance on running estimates and scattered the elements once associated with the process for developing the estimate of the situation among its chapters.  Remarkably, the 2017 edition of FM 3-0 Operations contains no discussion of estimates and no chapters on command, planning, or decision making.

Over the last 30 years, academics and researchers have entered the fray to understand the differences between structured and intuitive decision-making processes. Indeed, System 1 (fast and frugal thinking mechanisms) and System 2 (deliberate thinking mechanisms) have largely replaced words such as “intuition” and “conscious thought” in a large part of the academic literature.  Coined by Daniel Kahneman (and based on his long-term collaboration with Amos Tversky) in the groundbreaking book, Thinking, Fast and Slow, this change in terminology reflects how far the science of the mind has come in the last few decades.

A decision once made is not changed without some compelling reason. In combat the will and energy of the commander must persist until the mission is accomplished.

Researchers in this field have gone beyond understanding trying to understand how the mind works and have directly challenged the idea that intuition alone is sufficient for accurate estimates of any kind. That is, what we describe as “intuition” or “gut feeling” is a kind of thinking, but it is deeply problematic for deriving accurate estimates. Richards J. Heuer, Jr, in his influential book, The Psychology of Intelligence Analysis, argues “Weaknesses and biases inherent in human thinking processes can be demonstrated through carefully designed experiments. They can be alleviated by conscious application of tools and techniques that should be in the analytical tradecraft toolkit of all intelligence analysts.” This research suggests that honing intuition is a fool’s errand, while developing and honing a set of tools and techniques we might call “critical thinking” or deliberate thinking will improve judgement and estimates.

Other researchers have also called into question some common beliefs.  One piece of conventional wisdom is that experience equals better estimative abilities. But current research suggests otherwise. Philip Tetlock, in his 2005 book, Expert Political Judgment, makes this case.  In a multi-year experiment, he found virtually no correlation between an individual’s ability to accurately estimate a geopolitical situation and his or her years of experience, expertise, or access to classified information. Tetlock extended and replicated his research in the Intelligence Advanced Research Project Agency’s Aggregated Contingent Estimation (ACE) experiment.  Superforecasting, his 2015 book outlining the results, made a dramatic case for a new approach to estimation: “As with experts who had real foresight in my earlier research, what matters most is how the forecaster thinks.”

Heuer’s and Tetlock’s research, taken to an extreme, suggests that a gifted amateur armed with all the right thinking skills would do better than a veteran field commander in accomplishing a mission. But this position doesn’t make sense, and it doesn’t square with many real-world examples, where we know expert’s intuitive judgement matters. Indeed, researchers have continued to argue in favor of a role for experts’ intuitive judgments over and above those of neophytes’.

For example, one recent line of research has reexamined Heuer’s point (and now accepted wisdom) that natural cognitive biases – like confirmation bias, anchoring bias, or representation bias – are systematic thinking errors that lead to routinely worse estimates, correctable only through structured techniques and deliberate planning. In fact, cognitive biases, unlike learned biases, are hardwired into the brain through evolutionary pressures.  If cognitive biases did not help humans adapt to our environment, they should have helped kill us off. If we reframe cognitive biases in evolutionary terms, then it may be better, as Buster Benson suggests, to think of these cognitive biases as heuristics, simple rules of learning that have evolved to help us think faster, deal with too much information (and too little meaning), and to decide what is worth remembering. As Gerd Gigerenzer and Peter Todd state in Simple Heuristics That Make Us Smart: “How can one be rational in a world where vision is limited, time is pressing, and decision-making experts are often unavailable?…[W]e argue that rationality can be found in the use of fast and frugal heuristics, inference mechanisms that can be simple and smart.”

Another line of research comes from the field of Naturalistic Decision-Making (NDM), specifically in the Recognition Primed Decision (RPD) Process. According to Gary Klein, writing for the journal Human Factors, an RPD process hypothesizes that “the RPD model is a blend of intuition and analysis. The pattern matching is the intuitive part, and the mental simulation is the conscious, deliberate, and analytical part.”

While heuristics and the RPD Process are powerful tools in familiar situations, in uncertain environments, like those regularly faced by strategic leaders, they can become hammers that make every problem look like a nail.  It is then that Tetlock’s research becomes more important.  What leaders know becomes less important than how they think—how do they use what they know to arrive at an estimate of the situation or a decision. If we are to improve a commander’s ability to produce an accurate estimate of the situation, we must first understand the complex relationship between intuitive processes and deliberative ones, rather than pitting them against each other as is the practice too often in doctrine. Then, to be effective, the thinking tools – the ones that reliably increase the accuracy of estimates of the situation – need to be validated, taught, and practiced – topics for future essays and for continued attention by those who seek to develop leaders at the strategic level.

Photo Credit: This painting by the artist Don Troiani was done for the National Guard Bureau Heritage Series.