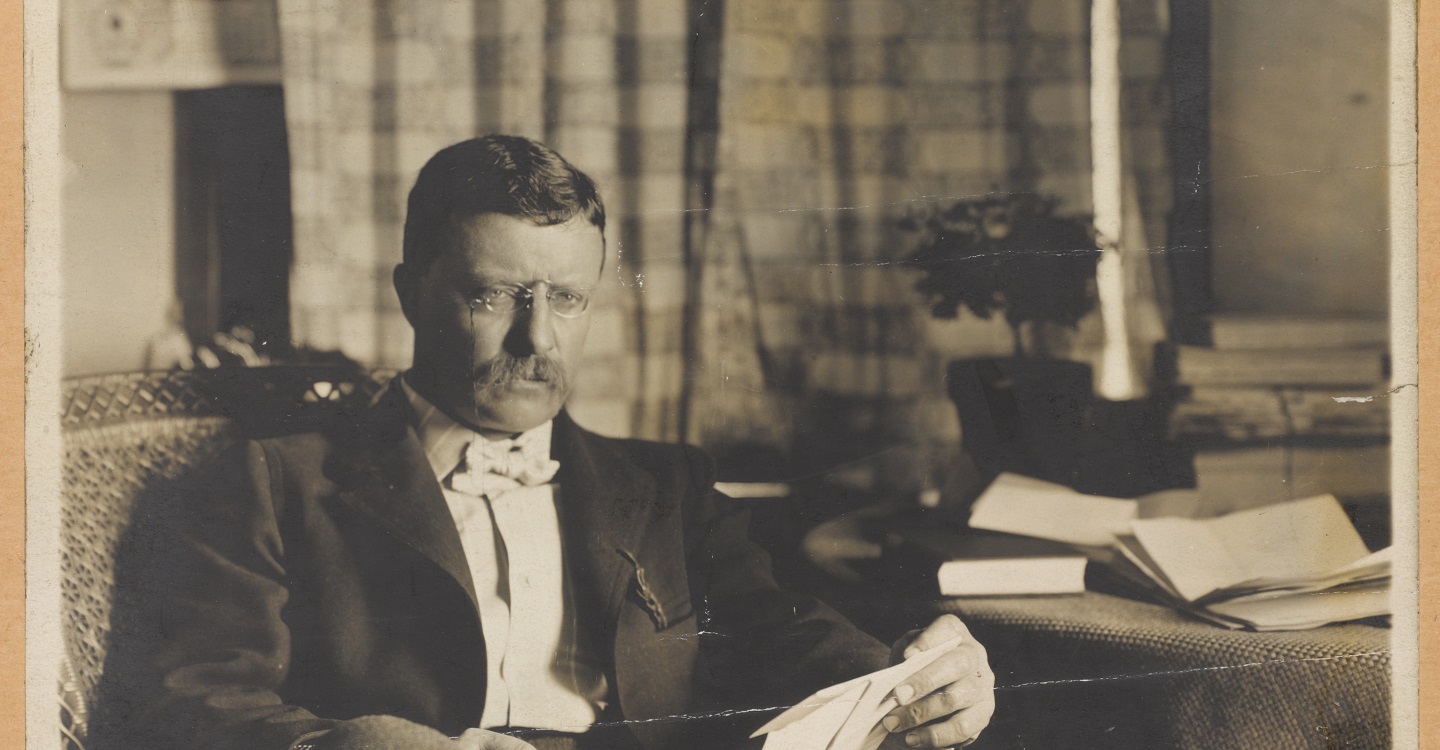 One of the things we’re trying to do is encourage people…to start talking about older books, older readings, older things that are lost or never really well known that really should have been.

A BETTER PEACE welcomes WAR ROOM editors Tom Bruscino and Jon Klug to explain the drive and desire behind the DUSTY SHELVES series. Podcast editor Ron Granieri moderates the discussion as all three examine some of their favorite and not-so-favorite historical works that deserve another look with fresh eyes.

Photo Description: Theodore Roosevelt Jr. was the 26th president of the United States from 1901 to 1909. Known to be a voracious reader and considered by many as a great thinker of the 20th century, he is seen here in his Sagamore Hill study contemplating one of the many offerings in his personal library.