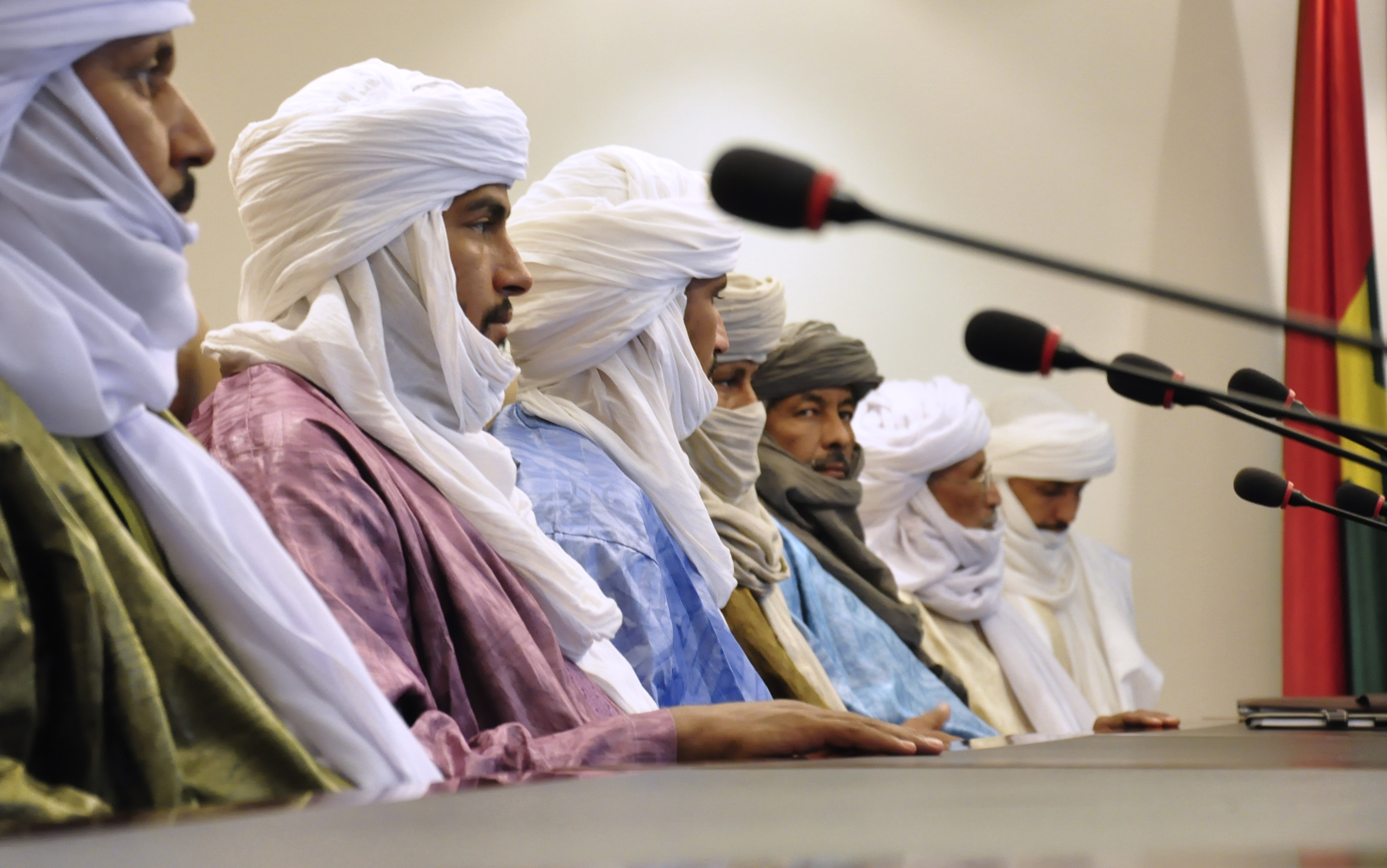 Islamic extremism is a palatable political label used by Western-thinking nations, [but] the misguided premise assumes the undercurrents of conflict are new.

Weeks after U.S. soldiers were killed in an ambush near Tongo Tongo, Niger, international media outlets continue to explain how an Islamic State affiliate was responsible. The culprit is the Islamic State in the Greater Sahara, which is led by a terrorist named Adnan Abu Walid al-Sahrawi, and while this answer is accurate, the premise and questions are all wrong. Whack-a-mole appears to be the strategy in countering an ever-growing network of global affiliates. Oversimplification of the problem remains an inherent flaw in counter-terrorism strategies. The rise of destabilizing militant groups with the Islamic State or Al-Qaeda labels risks a misdiagnosis of the underlying tribal dynamics.

The Global War on Terror (GWOT) recently reached its 16th year. The U.S., its allies, and other partners have engaged in counterterrorism operations in the Middle East, South Asia, and Africa tribal areas. These areas are diverse, with distinct ethnic and cultural heritages, but have in common a high proportion of Muslims. As a result, “War on Terror” and “War on Islamic Extremism” are sometimes used interchangeably. This is a mistake, as it makes it easy to overlook another common characteristic of regions most affected by extremist violence: diverse tribal identities and arbitrary borders inherited from the colonial era.

Too often the phenomenon of extremist violence is framed as a resurgence or spread of violent religious identity. Islamic extremism is a simple, palatable political label for Western nations. Using these labels cultivates internal popular sentiment because the human brain responds readily to “us vs them” arguments. The misguided premise that extremist violence is religious violence assumes that the undercurrents of conflict are new and not existing within other shared and conflicting tribal identities. The coexistence of violent religious extremism and tribal violence is a recurrent trend. To help contrast tribalism with violent religious extremism, one must look at the purpose that each fulfills. Tribalism corresponds to a basic human instinct: the need for safety and social belonging, described in the Maslow’s hierarchies of needs. Tribalism is a way to protect one’s way of life. Aristotle said it best; the whole is greater than the sum of its parts. Religious extremism, in contrast, offers unearthly benefits for self-sacrifice, such as martyrdom, the highest attainable self-sacrifice. Religion typically places the greater cause above the individual or group. Both religion and tribalism can cause violence. Yet the policy responses to each cause are different, and mistaking the origin of conflict can be costly. Tribesmen are rational actors that weigh the costs and benefits. They can be expected to act in their self-interests. On the other hand, religious extremism clings to an idea that may stand above reason or negotiation.

Mali offers a clear example of the distinction between tribal and religious violence, and the problems that arise when we conflate the two. Macro sociological analysis of Mali reveals that social groups are in a power struggle  which, in turn, is driving violence. The Ifoghas, a subcomponent of the Tuareg community, is a powerful tribe seeking to maintain its historical supremacy over its former vassals. Al-Qaeda in the Maghreb (AQIM) established its strongholds in Mali in partnership with powerful local tribes like the Ifoghas. One would not expect this partnership, as the Tuaregs have historically had a contentious relationship with the ruling Islamic powers. Indeed, Tuareg is an Arabic word with many negative connotations, used by Arabs to define these berberic groups living in the Sahel with loose Islam practices. One definition of the word is “the ones abandoned by god.” Another definition refers to divinatory practices forbidden by Islam.

The Tuareg community is divided into social classes. At the top of the social hierarchy, the noble tribes exert power and influence over vassals and slaves. The Ifoghas tribe, the ruling tribe in the Kidal region, has tributaries, vassals, allies, and slaves among the other social groups. The Idnanes, considered cousins of the Ifoghas, second them in importance. The Chamanamas, living in the regions of Kidal and Menaka, are also tributaries to the Ifoghas. The Imghads are considered lower-class Tuaregs with bonds of vassality, and stronger and more powerful tribes are responsible for their protection. Imghads are the working class; they work with their hands to make a living, being craftsmen, artisans, or performers of all activities despised by the nobles. They paid an annual tribute to their protectors. The slaves called Bellah are the descendants of the black Sudanese captured by Tuaregs during razzias or bought in a slave market. They are considered as family properties and are passed on from generation to generation. Although they are part of the Tuareg world, they do not have a berberic lineage.

Tribalism is an area of analysis that U.S. national security practitioners consider too late. … Think about the last time a tribe was discussed in policy circles.

Violence in Mali arises in part from a fundamental conflict between two antagonistic systems: the Tuareg feudal system in which merit is based on the father’s name; and a democratic state in which a man can work his way to success no matter his origins. Through the ages, tribes rose or fell depending on their military fortune and political alliances. For instance, the Iwulimiden, the most powerful tribe in the region from the 19th to the 20th century, was brought down by an alliance of French colonial forces and local tribes. Interestingly, Firhoun, the last Iwulimiden resistant, was killed in 1916 by Ifoghas auxiliaries to French forces. The Ifoghas have a long history of maintaining their supremacy through shifting political alliances. Outnumbered and overpowered after the departure of their French allies, the Ifoghas maintained their supremacy through alliances, networks and shrewd political calculations. Although their influence has been challenged since the independence of African states in the 1960s, they remain a force in the region. Three main factors have contributed to the erosion of the Ifoghas’ influence and explain their involvement in all recent Tuareg insurgencies: education, human rights, and economy.

First, the state education system and administrative appointments altered the local power-sharing agreements. In the 1960s, the Ifoghas reigned over the other tribes with the support of the French, but they were reluctant to send their children to western schools. Instead, they enrolled poor and underprivileged children in schools. As a consequence, the lower-born Tuaregs and Bellah, who were forced into schools, acceded to influential governmental positions in later years. The upheaval of the established social and economic order is a primary but overlooked driver of insecurity in Mali. For instance, the highest ranking Tuareg officer in the Malian army, El Hadj Gamou, and the Malian ambassador in Niger, Alhamdou Ag Iliène, are both from the Imghad tribe.

Second, democracy is, in essence, the graveyard of the tribal system. For the noble Tuaregs, it meant the loss of privilege and territories. The obligation of the nascent state to protect the citizens and their belongings, interdiction of raiding parties, slave trade, and recurrent droughts deprived the nobles of their economic activities and their traditional way of life. Even though the romanticized image of the untamed Tuareg warrior is entertained in academic and artistic circles, kidnapping or smuggling people are considered crimes.

The Malian Constitution reiterates that all men are created equal. All men have inherent human rights, and the state is the guarantor and protector of those rights. For that reason, the former tributaries and vassals who became self-reliant affranchised themselves from the influence of their former masters. However, the caste system still survives in Sahel states like Mauritania.

Last, the economy always matters. The tribal economy was based on the labor of slaves, the tribute paid by vassals, and razzias conducted by warriors. The exercise of state powers stripped the leading tribes from the economic revenues of landlordship and the privileges of seigniorship. Henceforth state appointees were tasked with collecting taxes from all law-abiding citizens no matter their caste or social status.

Given the intrinsic tensions between state and tribal dynamics, tribes, as rational actors and stewards of a system, play a non-cooperative game with the state or risk becoming irrelevant. This explains why the Ifoghas tribe has been on the forefront of all the Tuareg rebellions in Mali since the 1960s. Also, in 2002, the Algerian Salafist movement, the Salafist Group for Predication and Combat (GSPC), was able to anchor itself in northern Mali through alliances and marriages with powerful Tuareg tribes like Ifoghas. For example, Abdelkrim Al Targui, an Ifoghas, became the first Tuareg leader of an Al Qaeda in Islamic Maghreb (AQIM) katiba.

Tribalism is an area of analysis that U.S. national security practitioners consider too late when identifying problems and subsequent solutions. Think about the last time a tribe was discussed in policy circles. The 2017 USAFRICOM and USSOCOM posture statements to Congress listed terror over 25 times, but tribes were omitted altogether. Current U.S. counter-terrorism operations and security cooperation efforts in Africa is an area in which consideration of tribal dynamics is imperative to successful policy.

Within the Department of Defense and some Intelligence Community agencies, tribal analysis is an element of “human terrain.”  A recent Joint Force Quarterly article convincingly argued the benefits of human terrain capabilities for the peacetime and combat operations. The author goes as far as providing differing options to incorporate critical human terrain capabilities into the U.S. national security apparatus. But how will these capabilities be incorporated into policy formulation and military operational design?

Western national security practitioners are indoctrinated with ideas like, Westphalian sovereignty, Kissinger’s new world order, and the post-World War II International Order. These frames of reference are a disservice for many areas of the world. When confronted, these areas are incomprehensible. The contradictory observables are binned using these frames of reference, hence, non-state actors and fringe groups. Human terrain capabilities placed in the right organizational bureaucracy is not easy button fix for this problem. Addressing the missing frames of reference is the solution. Thinking about strategy in foreign terms like tribalism will result in more effective approaches to areas not governed by the nation-state.