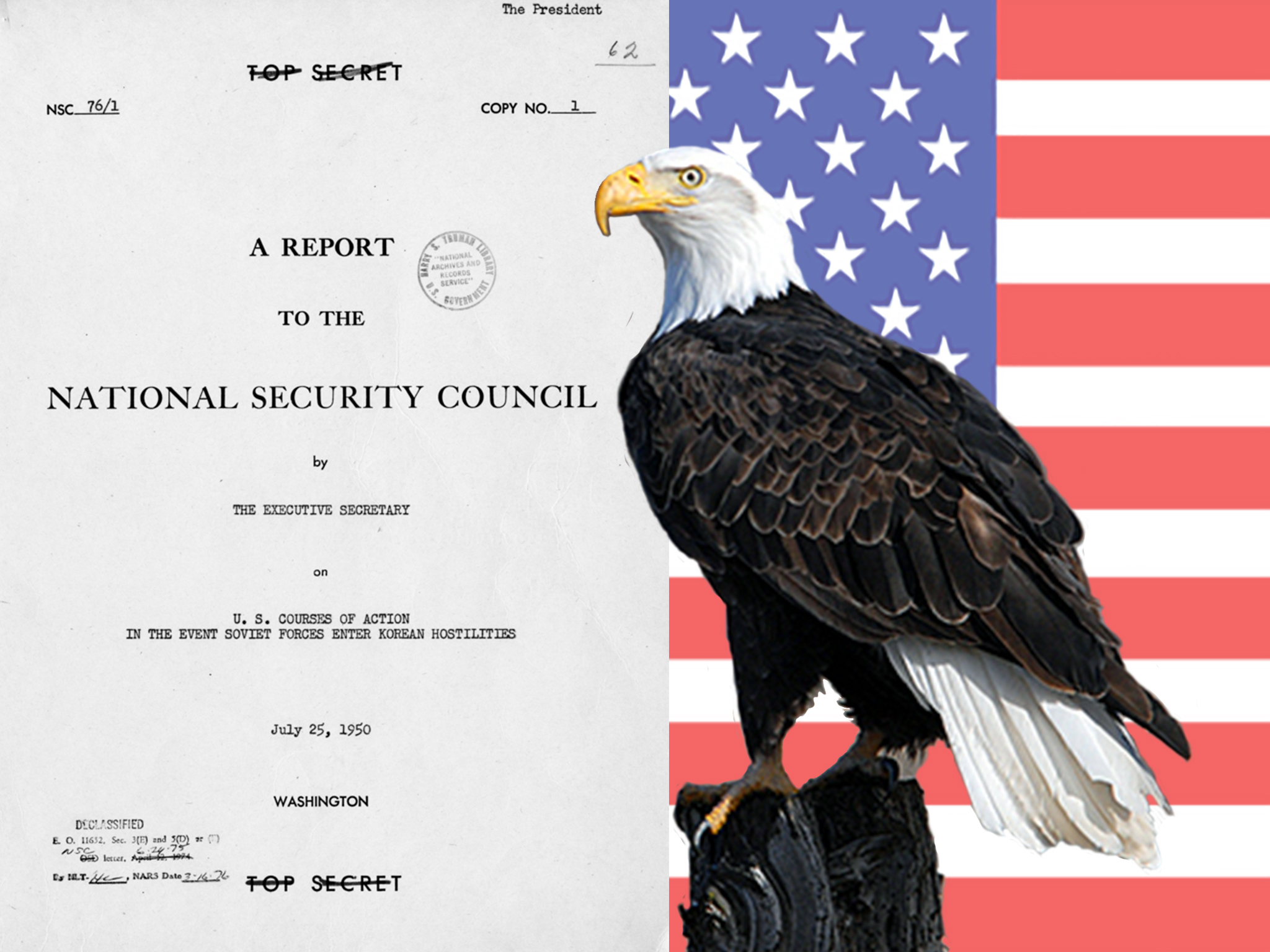 [PRESIDENT TRUMAN] WAS INTERESTED IN TAKING A LOOK AT AMERICA’S POSITION IN THE WORLD.

In 1950, competition between the U.S. and its Allies and the Soviet Union was growing in intensity. Concerned over debt and seeming fragility of post-World War II peace, President Truman felt was time to re-examine “our objectives in peace and war and the effect of these objectives on our strategic plans.” The resulting document, National Security Council Report no. 68, would become the foundation of national security policy through the Cold War.

Dr. Tami Davis Biddle examines the policy and the individuals responsible for its preparation, particularly Paul Nitze and George Kennan. She also discusses NSC 68 as an example of grand strategy and why it is so difficult to craft such a powerful and broad national security policy today. War Room podcast editor Jacqueline E. Whitt moderates.

Image composed by Tom Galvin. Eagle photo from the U.S. Fish and Wildlife Service, cover of NSC 68 from the Truman Presidential Archives.