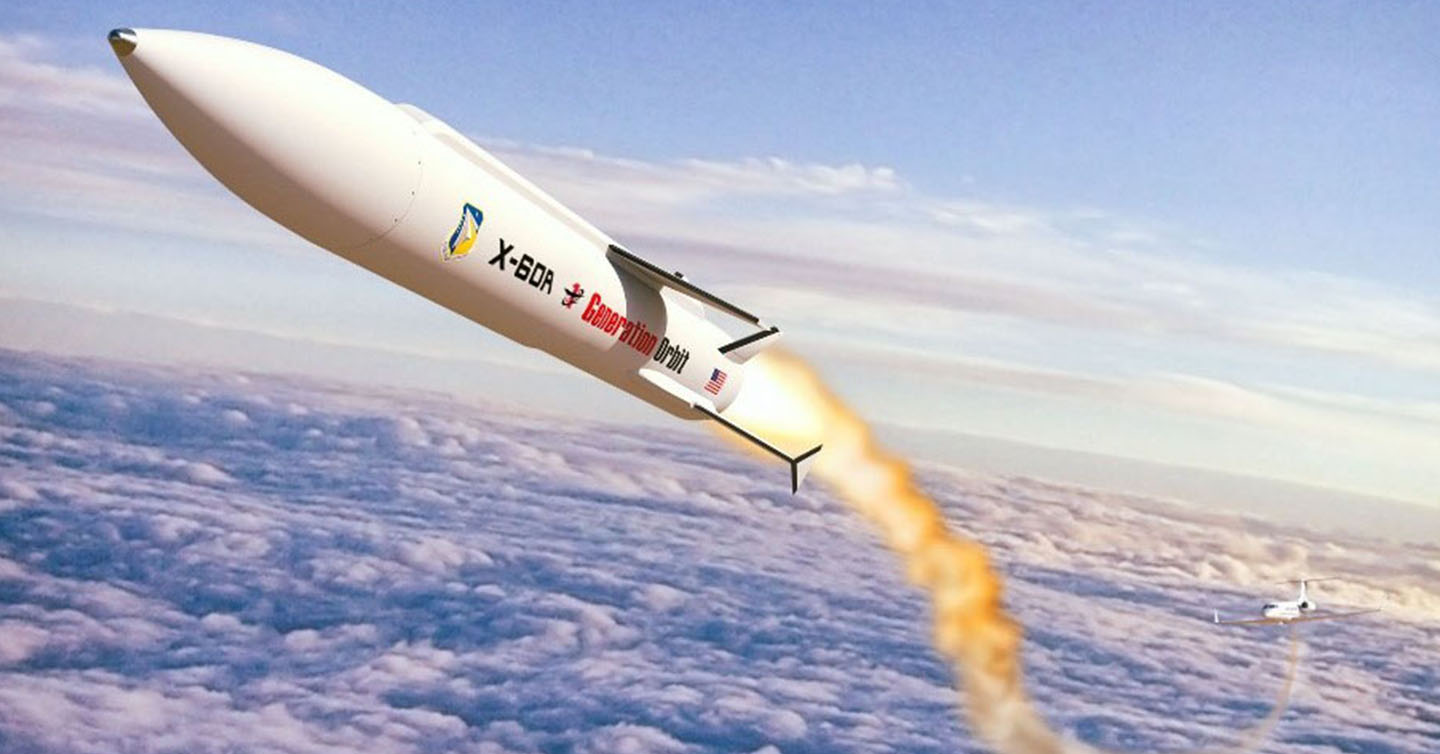 The early 1950s were an iconic time in America’s history – one of great prosperity and optimism. Rock and roll was new, and gas was cheap at a mere $0.25 a gallon. Libraries kept track of books and magazines manually, and American families used rotary dial phones. Television offered a new view of the world around us and Americans now had a common platform for entertainment. Scientific knowledge and advancements, such as the discovery of Deoxyribonucleic acid (DNA) and the availability of the new vaccine to treat polio, changed the course of history. These innovations resulted from the hard work and ingenuity of Americans living in a period of economic growth and prosperity.

But this changed in 1957 after the Soviet Union launched Sputnik, the first human-made device to orbit the earth. Americans reacted in fear and utter shock. Perhaps they felt they had fallen behind their greatest enemy during the Cold War period. Or, it was because the rockets that carried Sputnik could also carry more substantial ballistic types of munitions that could strike deep inside the United States from space.

In 1957, the Cold War was still in its infancy when the Sputnik rockets launched placing satellites into orbit around the earth and changing the world forever. When the realization of how far the United States was falling behind the Soviet Union set in, the domestic reaction was not only strategic shock but intense national focus and concern. The U.S. Government turned this energy into action, creating the National Aeronautics and Space Administration in 1958 and a moon landing for the first time only 11 years later.

Are we facing another potential Sputnik moment? Possibly.

From the latter stages of the Cold War to the present, The U.S. has enjoyed impressive technological overmatch compared to global threats. But like in the early 1950s, that gap may be narrowing. Arguably, the U.S. could already be behind in some technologies, but it is tough to know exactly who is ahead and who is behind until someone delivers a capability no one expected so soon.

This could happen among several emerging technologies, but one that deserves more attention than it gets is the field of hypersonics. This technology can propel missiles faster than 5,000 kilometers per hour, while remaining highly maneuverable and virtually impossible to stop (at least presently). The physics alone mean that adversaries with hypersonic technolgies threaten American national security. Mary Woods, the Under Secretary of Defense for Research and Development, projects that Russia and China will field this capability in the 2020s. In 2018, Russia completed a ship-based test in which the Russian device was said to have clocked a top speed of Mach 8, approximately eight times the speed of sound, or about two miles per second.  Kevin G. Bowcutt, a Boeing hypersonics expert, has said we might be at another “Sputnik moment.” In response, Mary Woods and her team are pushing hard to catch up, and the Army directed Lieutenant General Neil Thurgood to make hypersonics among his highest priorities.

Even with the U.S. paying this much attention to a potentially game-changing technology, the risk of strategic shock remains. What if others demonstrated hypersonic missiles, causing U.S. citizens to suddenly see themselves as vulnerable? Certainly, the U.S. government would feel an immediate impact across all instruments of national power — diplomatic, information, military, and economic (DIME). Examples of the impacts include the preemption of diplomacy, the extreme vulnerability of naval and amphibious activities in the military realm, and immediate economic consequences for the industrial base.  So at a time when the public may look to Washington for reassurance, the U.S. government will be contending with some difficult questions of its own.

Consider how hypersonics in the hands of adversaries could make it difficult for the United States and its allies to respond with diplomatic levers to developing situations in the international environment. An article posted in The Hill suggests that hypersonic weapons armed with conventional warheads could avoid detection and travel exceptionally quickly, inducing great confusion and critical lags in a defender’s ability to respond. The strategic shock of exploiting this activity gets worse: experts suggest the “effects could be so destructive that they would mimic… nuclear use, without the actual risk of employing nuclear weapons.” This kind of attack could lead to a scenario where preemption may be the only way to counter the capability. Such preemption risks immediate escalation, precluding a more measured diplomatic response. A RAND Corporation study determined that “threatened nations [would] take such actions as… a launch-on-warning posture, or policy of preemption during a crisis.” The high rate of speed these weapons travel after launch would lead to even more challenges with how to counter the threat.

Hypersonics could also influence the information element of power, because the sheer speed of events could necessitate a response before all facts are known. The speed of these weapons alone poses a problem to the U.S. government which normally operates under checks and balances and prefers complete information before making decisions. In an environment or situation with minutes to decide what to do, government processes might not be fast enough to respond. An author for the National Interest writes that “it may be that… decision-making is compressed in high-speed war such that a degree of automation is necessary, in some cases taking the human out of the loop entirely, and therefore raising challenging policy issues for many western governments.”

Are we facing another potential Sputnik moment? Possibly

From a military perspective, the United States currently relies heavily on its Navy and Marine Corps to conduct maritime operations and to project power. The rise of hypersonic technologies could render the current naval and marine strategies obsolete virtually overnight. There are already “concerns that hypersonic technology can easily defeat the layered defenses of a U.S. carrier battle group.” Current vessels would be too slow and technologically ill-equipped to respond to hypersonic weapons. Hypersonics could reduce the U.S. ability to respond to threats and also render helpless any ship in harm’s way. Hypersonics could also cut off America’s economic power, which is dependent on international trade through shipping by threatening commercial shipping vessels.

All of these concerns would all have an immense economic impact on the United States and its industrial base. With so much to do to respond to this new technology, it will be a boon to any industry partner(s) that can close the gap. Opportunities include developing new missile warning systems and defenses, faster and less vulnerable naval and shipping capabilities, artificial intelligence to process information quickly enough to respond in minutes or seconds, as well as hypersonic offensive technology itself. The costs of developing these technologies are unknown, but there are some clues. Concerning hypersonics, Sydney J. Freedberg Jr. writes that though “the Army hasn’t awarded any $500 million to $900 million contracts like those recently announced by the Air Force, it’s Alternate Re-Entry System [is] funded at $197 million in 2018.” Factoring in how fast upgrades are needed to current technologies, the new investments in new technology development, and the skilled labor required to create it, the cost could be billions annually. However, the United States is not quite there yet in the new race, this time for hypersonics dominance. By comparison, in December 2017, General Dynamics was awarded a contract for $2.6 Billion to upgrade 786 U.S. and allied Abrams tanks into SEPv3’s.

It would be easy to say that the U.S. must be proactive and think ahead, but that is not easy. After all, hypersonics are not the only emerging technology with game-change impacts on the future battlefield.

With future defense budgets projected to decrease as costs for future goods and services rising, the U.S. may have limited flexibility to preclude Sputnik moments. Balancing current readiness with future needs is already difficult. Hypersonics raise two important questions about how that balance may shift.

First, has the age of the aircraft carrier, with vast fleets of screening vessels to protect it, come and gone? The present argument favors sunk costs stating the current mission has not changed, and there is no replacement yet for the current approach. With a price tag of $16 Billion per ship, based on the Ford class carrier, will there be another strategy and method developed before more money is spent to build new carriers? The future might evolve sooner than previously believed possible and hold the prospect of unmanned flying aircraft carries with pilotless aircraft.

Second, will the United States and its allies able to fully exploit the new realities of all-domain warfare? The Chairman of the Joint Chiefs of Staff makes it clear; we must adapt to remain competitive in the evolving global landscape. Considering our adversaries’ rising investments in domains such as cyber and space, have we changed sufficiently in our materiel investments and in our thinking to remain a viable force 20 years from now? Beyond the current technology and risk, is the current system of separate military branches and budgets able to keep pace with new all-domain integrated threats such as hypersonics or is this the time to reexamine the Department of Defense military structure to ensure we are in alignment with the Chairman’s assessment of the changing character of war and the need to adapt?

There’s a tipping point yet to be found, where the imminent onset of a Sputnik moment means immediate action to minimize the impact. Current methods adopted over the last 17 years at war are insufficient to prepare ourselves for future battlefields where our adversaries potentially have overmatch in key emerging technologies, such as hypersonics. Are the U.S. government and all its instruments of power postured for it? Just as in the 1950’s, only time will tell if the right choices are made.