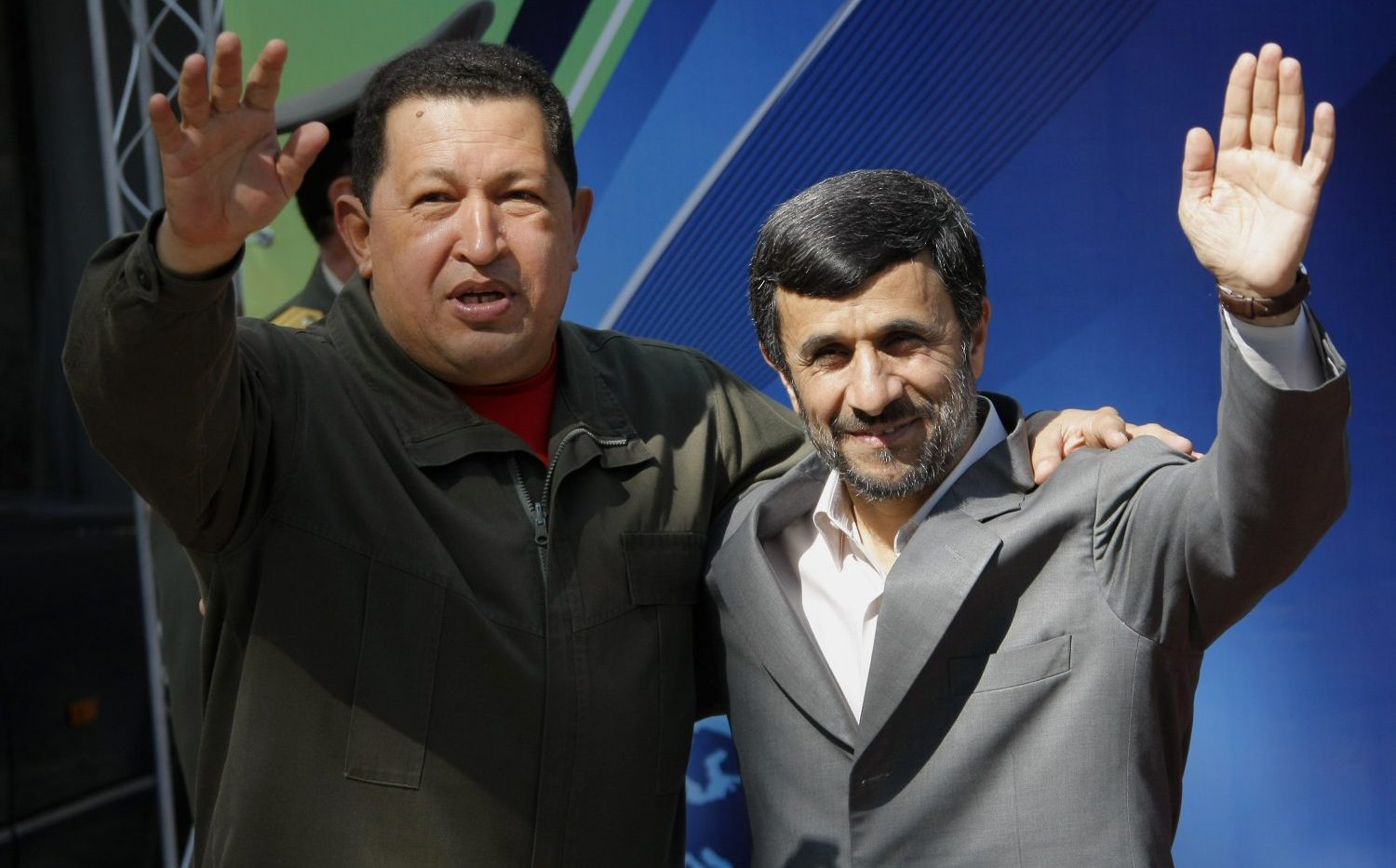 Latin America is an important and appealing strategic partner for Iran – with its 626 million people and 33 sovereign nations, many with a strong anti-American foreign policy orientation.

Iran’s foreign policy incursion into Latin America cannot be ignored by political leaders in Washington, D.C., given its serious national security implications for the U.S. Government and its regional allies. During his 2013 inaugural speech, Iran’s President, Hassan Rouhani, stated that he intends to continue Iran’s foreign policy of proximity toward Latin America, in an attempt to break Iran’s isolationism from the rest of the world especially from the U.S.

Latin America is an important and appealing strategic partner for Iran. Latin America has 626 million people and 33 sovereign nations, many with a strong anti-American foreign policy orientation. According to Tzvi Kahn, a senior policy analyst at The Foreign Policy Initiative, “Iran always viewed its presence in Latin America not as an economic opportunity, but as a military and ideological imperative. The region, with its many anti-American regimes, offers Tehran a safe haven that enables it to export its radical vision of the Islamic Revolution to America’s doorstep and simultaneously fund its global military adventurism.”

Iran’s economic interests in Latin America are driven by what it calls a “resistance economy.” This targets the “promotion of exportable goods and services…as well as…foreign investment for export purposes’ [sic] and increasing ‘regional and international collaboration,’” as decreed on February 19, 2016, by Iran’s Supreme Leader, Ali Khamenei. As Amir Toumaj of the American Enterprise Institute has pointed out, Iran’s “economy of resistance doctrine is the economic component of the regime’s attempts to counter the West’s soft war. It is not simply a defensive doctrine, but it also aims to support the Islamic Republic’s foreign policy ambition: to establish Iran as a regional hegemon that leads Muslim countries.”

Iran’s Latin American partners are known as the “Pink Tide.” This group of nations’ leaders came to power between 1998 and 2009. Its nations are united by a strong anti-American sentiment. In his book, Talons of the Eagle: Latin America, the United States, and the World, Peter Smith writes that the Pink Tide leaders, “did not sweep ashore as an organized movement. It was a spontaneous upsurge of popular will.” Though the Pink Tide has no clear-cut ideology, its supporters are united in opposition to the Washington Consensus, a market-based approach to economic reform associated with the U.S., the International Monetary Fund (IMF), and the World Bank. Another common element uniting Pink Tide nations is their foreign policy of soft balancing against the United States, defined by Robert Pape as the use of “nonmilitary tools to delay, frustrate, and undermine aggressive unilateral U.S. military policies.

Perhaps no other country in Latin America is more representative of this antagonistic U.S. foreign policy behavior than Venezuela, under the leadership of the late Hugo Chavez and now President Nicolas Maduro. Since 1998, Venezuela’s Chavismo foreign policy has been uncooperative and confrontational toward the U.S. In testimony before the House of Representatives Homeland Security Committee on July 9, 2013, Ilan Berman of the American Foreign Policy Council said that “Venezuela became Iran’s ‘gateway’ into the region…[by] providing material support and safe haven to Iranian irregulars and their proxies, and facilitating the regime’s political and economic inroads.” Both Chavez and the former Iranian President Mahmoud Ahmadinejad adopted the rhetoric of an independent foreign policy vis-à-vis the United States and Europe, expressing unity in their struggle. Iran has observer status in the anti-U.S. Bolivarian Alliance (ALBA), within which Iran shares a deeper alliance “of ideology and economic interdependence” with Venezuela in particular.

Don't miss an article or podcast episode! DoD readers and listeners: Please use a non-DoD email to subscribe.

Brazil is another important strategic partner for Iran in the Americas. For example, Brazil’s Deputy Foreign Minister Jose Alfredo Grasa Lima noted during a 2016 visit to Iran that Brazil is “committed to develop relations with Iran in politics, economy, and culture.” The feeling is mutual as evidenced by public statements by Iranian leaders. In particular, Iran’s Minister of Petroleum expressed a desire to cooperate with Brazil on energy projects such as gas exploration and deep-water oil drilling.

Rouhani issued a joint statement with Bolivia’s President, Evo Morales, calling for greater economic cooperation between the two nations. During their meeting, Rouhani stated, “we [Iran and Bolivia] have good cooperation in [the] political field, but there is a need to broaden our relations in the economic and trade areas.”

In Central America, Nicaragua has been Iran’s most ardent partner. During President Daniel Ortega’s visit to Tehran in 2007, he called for establishing a new world order and for supplanting “capitalism and imperialism.” He also pointed out that both the Iranian and the Nicaraguan revolutions occurred in 1979, therefore uniting both countries, ostensibly in their aspirations against the “Colossus of the North,” the United States.

If we are serious about solving many of the current issues in the Middle East and Latin America, cooperation with the Islamic Republic of Iran could be essential.

Ecuador’s Vice Minister of Foreign Affairs and Integration Policy, Xavier Lasso, emphasized his country’s willingness to continue relations with Iran by saying: “[we] cooperate in the framework of the Non-Aligned Movement and other international organizations, and this cooperation will continue.” In 2015, Ecuador’s Foreign Trade Minister, Diego Aulestia, announced that Ecuador would open a trade office in Tehran to facilitate trade relations between the two nations. According to a Fars News Agency report, Aulestia said such an office would increase exports, improve his people’s living conditions, enhance the production cycle, and create jobs. Responding to the announcement, Iranian First Vice President, Eshaq Jahangiri, stated that “Ecuador in particular, enjoys a special status in the foreign policy of Iran.”

Even Cuba has taken steps to boost cooperation between itself and Iran. For example, Iran has used an electronic station outside of Havana to jam the broadcasts of Iranian dissidents based in Los Angeles and elsewhere in the United States. Cuba is building Iran a genetic laboratory and the two countries agreed to cooperate in nanotechnology, pharmacy, and other scientific areas, as well as in economics. When diplomatic tensions between the U.S. and Cuba eased after a visit there by former U.S. President Barack Obama, Iranian Foreign Minister Javad Zarif stated, “Now the time is ripe for realizing our common goals together and implement[ing] the resistance economy in Iran and [to] materialize…Castro’s goals of reconstruction of [the] Cuban economy.” During the August 2016 opening of the Iran-Cuba Joint Economic Forum in Tehran, Zarif urged those present to “grab [the] opportunity presented…due to lift[ing] of sanctions against Iran and [the] change of conditions in Cuba to further expand relation[s] between the two countries.” In a recent meeting between Zarif and the Cuban Trade and Investment Minister, Rodrigo Malmierca Diaz, the latter said Cuba’s private sector is “ready” to invest in Iranian economic ventures.

To some extent, recent changes U.S. policy have given Iran an opportunity to extend its involvement in Latin America. In a 2013 speech to the Organization of American States in Washington, D.C., former U.S. Secretary of State John Kerry announced that the era of the Monroe Doctrine was over. This raises the question of whether the U.S. should object to foreign meddling in the Americas, or be surprised that Iran does not see Latin America as the exclusive interest of the United States. Whatever the cause of Iran’s increasing interest in the region, the question becomes, what should the U.S. Government do about it?

One possibility is to hinder Iranian attempts to exert more influence. The agencies of the U.S. federal government, its armed forces (including U.S. Southern Command), and its allies in the Americas, can coordinate efforts to end Iran’s intrusion into Latin America. As an example of such efforts, on February 10, 2011, the U.S. Treasury Department identified the Lebanon-based Lebanese Canadian Bank as a money laundering concern under the PATRIOT Act (Section 311), for its role in an international drug trafficking and money laundering network linked to Hezbollah.

Another possibility is for the U.S. to use Iranian interests in the region as the basis to pursue greater rapprochement with Iran. Following the 2017 reelection of President Hassan Rouhani, a moderate Shiite cleric, and Iran’s Supreme Leader’s more conciliatory approach to the U.S., the latter may have an opportunity to pursue such a policy.

A final option is to simply wait and see how things evolve. One may argue that the total of Iranian involvement in Latin America remains marginal, yet that is no guarantee against further incursions. The extent to which this may threaten significant U.S. interests is an open question. However, it may be wise to do something about it before it rises to that level. Obviously, given the current U.S. Administration’s uptick in anti-Iran rhetoric, the imposition of new sanctions on Iran, criticism of Iran’s nuclear deal with the U.S., and an executive order on immigration which affects several Muslim-majority states, Tehran may be less willing to cooperate with the U.S. However, if we are serious about solving many of the current issues in the Middle East and Latin America, U.S. cooperation with the Islamic Republic of Iran could be essential.

Dr. Jose de Arameteia da Cruz is a Professor of International Relations/Comparative Politics at Armstrong State University. The views in this article are the author’s and do not necessarily reflect those of the U.S. Army or U.S. Government.