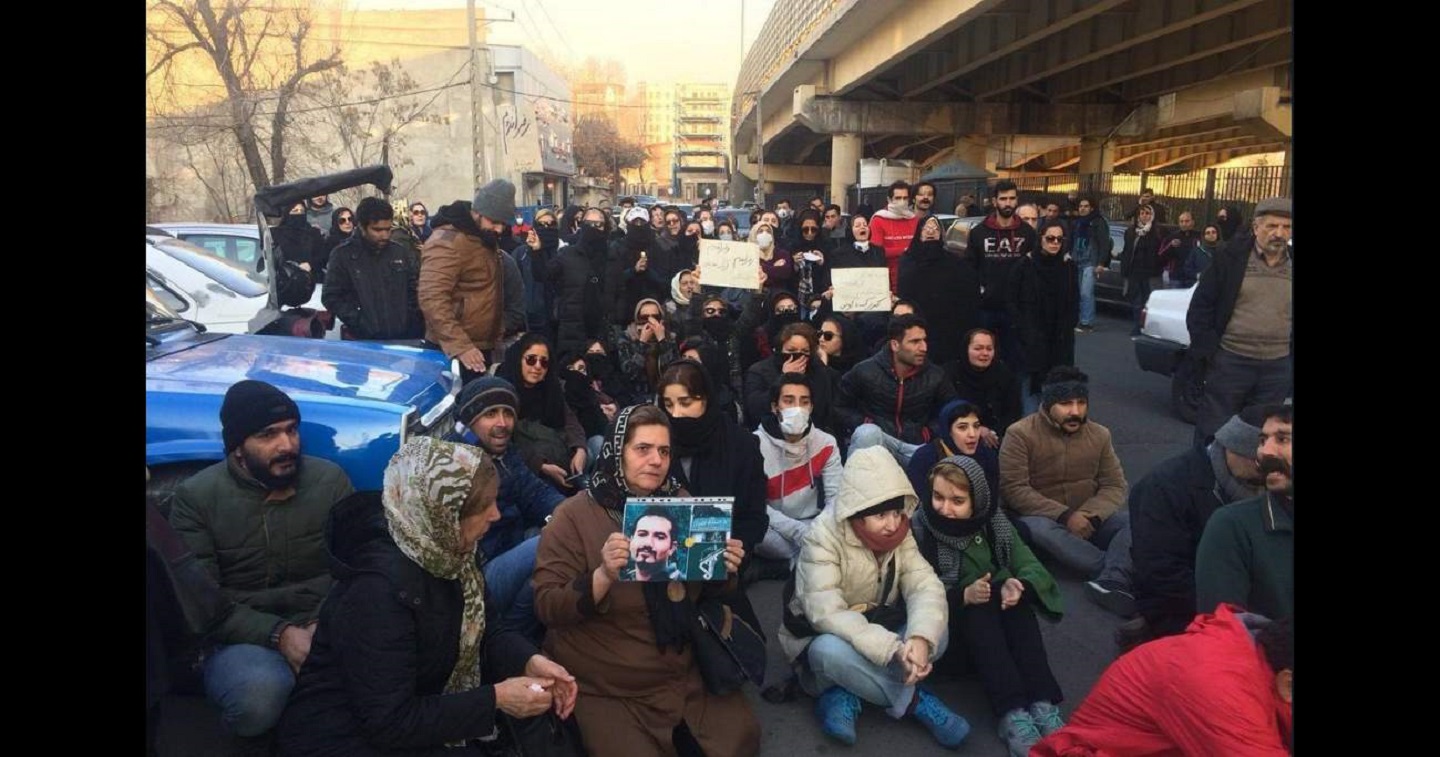 Iran is suffering significantly due to increasing inflation and stagnant economic growth because of economic sanctions imposed by the United States.

What started as peaceful protests over gas prices in cities across Iran escalated into riots against a broad spectrum of issues in 29 of Iran’s 31 provinces (as of 5 December, 2019). Current estimates of deaths vary considerably, from 208 by Amnesty International to over 1000 reported by the U.S. State Department.  The riots and the response of Iranian armed forces may have serious repercussions for the regime.

Some major strategic lessons can be garnered from observing the unfolding events in Iran.  The U.S. government, to include the military, can analyze the impact of using the economic instrument of power to achieve strategic effects, including the second and third-order effects of sanctions in specific countries.  This analysis requires observing and cataloguing events to ascertain how people react to policy decisions in real time and harnessing emotions to aid in accomplishing strategic goals.

The U.S. military must analyze the effects of economic competition in other countries, first to understand how to harness and guide policy for maximum effect, and second, to be able to identify and counter the effects if our near-peers try to use similar technique against us.

Iran adopted an openly anti-American disposition after the Shah of Iran lost control of the country and fled to America.  Iran fell from an open, western style culture to a strict Islamic society hostile to most western philosophies.  Sentiment within the country appears to be changing since the late 1990s when protests for more freedom started springing up.  This latest round of protests could be the signal that Iran is reaching a major destabilization point.  With public chants like “Return to Iran, the Shah of Iran!” and “Mullahs must get lost, down with Islamic regime of Iran!” it seems like the Iranian people may be fed up with hardline Islamic rule.

American economic efforts had a role to play in all of this. Iran is suffering significantly due to increasing inflation and stagnant economic growth because of economic sanctions imposed by the United States.  The United States has applied various economic sanctions to countries around the world but has applied a “maximum pressure” strategy to Iran. The U.S. has repeatedly tried to reach out to Iran for diplomatic solutions to international concerns.  Despite the recent events surrounding the drone strike on Qassem Soleimani, the U.S. has been reluctant to respond militarily to Iranian provocation, so the United States has opted for a strategy rooted in sanctions: cripple the Iranian economy through economic warfare.

As with the Hong Kong protests, which still plague the semi-autonomous state in China, the Iranian protests started with a singular issue and escalated into a broader protest.  The Hong Kong protests grew from the introduction of a single piece of legislation and eventually transformed into a call for greater freedom from Beijing, among other demands.  The Iranian protests began in earnest when the government announced it would be eliminating gasoline subsidies, resulting in increasing gas prices as much as 300%.  Over time, however, the riots have evolved into a call for more freedom in Iran.

The protests have complicated class and political dimensions. Iranians currently enjoy some of the cheapest gasoline on the planet.  The removal of subsidies resulted in gas prices being increased to 12.7 cents per liter, which is the equivalent to 48 cents per gallon.  Although this may sound like a trivial amount to Americans, Iran’s blue-collar population and working poor have become dependent on the artificially depressed gas prices.  The Iranian gasoline subsidy is no longer economically viable.  Oil revenues in Iran are now around 80% of Iran’s national budget, and Iran relies on this revenue to fund other programs in the country.  The removal of the gasoline subsidy would theoretically go to fund programs to alleviate economic hardship of the Iranian lower class, which currently comprises 75% of Iran’s population. The protests, however, are fueled by the Iranian working class. The regime relies heavily on the popular support of the conservative lower class, which makes these protests a significant threat to stability.

The relative successes of these American efforts have come in part at the cost of civilian lives through third-order effects of economic sanctions.

These statistics represent more than numbers when it comes to the use of economic sanctions.  The relative successes of these American efforts have come in part at the cost of civilian lives through third-order effects of economic sanctions. For example, although the Supreme National Security Council of Iran is responsible for decisions related to handling the riots, they do not have total control of all local conditions.  One provincial governor gave explicit orders to security forces to shoot protestors who enter the governor’s building.  Security forces throughout Iran have responded in similar ways to protestors’ destruction of government property.  The centralized system of government in Iran means banks, oil related facilities, and many businesses are government owned, and thus, increasing the number of targets available to protestors.  The Iranian government’s short-sighted response to the U.S. sanctions and the subsequent riots was essentially a “one-two punch”, to themselves.  While the civilian death toll is tragic, the results of this economic war is a strategic win for America by providing evidence that the sanctions are having a significant impact on the country’s economic, social, and political structure.

While China’s response to the ongoing riots in Hong Kong appears to demonstrate a questionable use of force, diplomatic failure, and military posturing, the Iranian riots are an even more emphatic example of what not to do during civil unrest. At the same time, the Iranian protests give senior military leaders a clear case to study economic war and its effects.  Iran can blame only itself for the turmoil that has descended on what seems to be the entire country.  Theoretically, Iran could have avoided this catastrophic result if they had increased its diplomatic activity instead of violating the Joint Comprehensive Plan of Action (JCPOA) and walking away from the negotiating table.

According to the timeline laid out by armscontrol.org, Iran has never fully committed to the JCPOA and refused to engage in diplomacy unless its ultimatums are reached.  Iran continued to violate the nuclear agreement by exceeding the acceptable productions levels of heavy water.  After selling centrifuges used to enrich uranium, Iran continued to build and operationalize facilities to build newer and more advanced centrifuges.  Iran further violated sanctions related to ballistic missile production, testing, and sale.  After the implementation of U.S. sanctions, Iran publicly announced its intent to enrich uranium beyond the limits allowed by the JCPOA although the Iranians would have most certainly done this covertly, regardless of U.S. sanctions.  In June of 2019, Ayatollah Ali Khamenei said President Donald Trump is “not deserving to exchange messages with” and says he will not send a response if he was contacted.  Later, Trump tried to open a line of communication through Japanese Prime Minister Shinzo Abe when he visited Tehran, but Khamenei said that there is no sense in negotiating.  Trump again extended an invitation to meet President Rouhani at the United Nations General Assembly in New York with “no preconditions” but Rouhani refused.

The protests are ongoing, so the resolution and aftermath remain to be seen. The protests and various responses by the Iranian government offer solid examples of impacts that result from strategic pressure to conform to international codes of conduct. A primary learning opportunity of these unfolding event is the chance to see the deep and changing such a use of economic strategies can have on an intended target.  Gathering data can help senior leaders formulate specific strategies to incorporate similar strategies in future foreign conflicts.  American military professionals talk a lot about whole of government approaches and using other instruments of power, with the implication that non-military efforts are by definition more simple and less destructive.  The Iran case, whatever its successes and however much it is their own fault, shows that big “E” Economic (or Diplomatic or Information) can be messy and costly too.

Photo Description: The crowd outside Iran’s most notorious prison, Evin Prison in Tehran, grew in early January as family members and friends waited for news about their loved ones — people who had been arrested and detained by authorities after participating in anti-government protests.