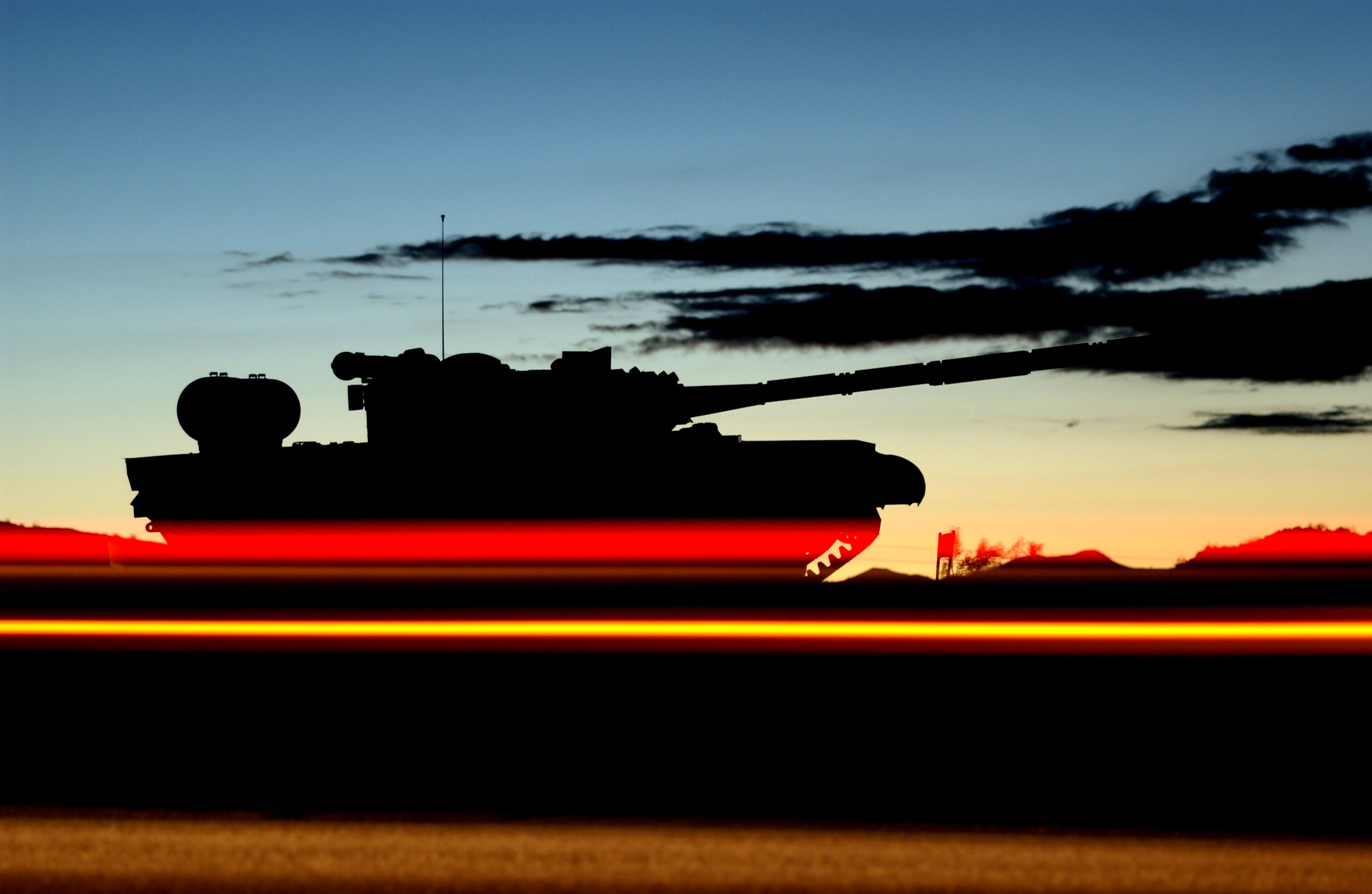 General Milley has repeatedly declared that ‘Readiness is #1, and there is no other #1.’ And yet, a self-imposed cultural problem is inhibiting the sustainment of unit readiness over time.

The Culminating Training Event Culture is a problem in the US Army that prevents units from sustaining higher states of readiness. It also hampers units from executing mission command in today’s complex and ambiguous environment. To ensure sustainable readiness and avoid the “readiness cliff,” the Army must create structures and processes that not only encourage units to learn, but also enable them to retain what they learn. Note that this is not an argument against realistic training or regular rotations to Combat Training Centers. It is a criticism of how those rotations are affecting the broader creation and retention of readiness.

A recent War Room article talked about how cultural challenges in the Army are keeping it from exercising cost-consciousness. Unfortunately, this is not the only cultural challenge stopping the Army from doing what seems logically right and sensible. Take readiness. Chief of Staff of the Army General Mark Milley has repeatedly declared that “Readiness is #1, and there is no other #1.” And yet, a self-imposed cultural problem is inhibiting the sustainment of unit readiness over time.

Instead of Army units maintaining a continuous high state of readiness, they endure periods of low readiness followed by ramp-up events in preparation for a major evaluation event, known as a Culminating Training Event (CTE). Such events include rotations at the Army’s premier combat training centers – the National Training Center at Fort Irwin, California; the Joint Readiness Training Center at Fort Polk, Louisiana; and the Mission Command Training Program operating from Fort Leavenworth, Kansas. Each active duty unit experiences a rotation every two to three years. Units devote tremendous energy and resources preparing for it, and emerge from the event at the peak of readiness.

But immediately thereafter, the unit undergoes significant turmoil, losing much knowledge gained from previous events. Absent a deployment, the unit may reorganize or change mission, and the cycle must start over again. In essence, the Army invests heavily in building readiness, and as soon as it is built, tears it all down. A Government Accountability Office report called this the “readiness cliff,” the precipitous drop in knowledge and readiness that routinely occurs immediately following a CTE.

Kim Cameron and Robert Quinn describe an organization’s culture as “the taken-for-granted values, underlying assumptions, expectations, collective memories and definitions present in an organization.” Organizational cultures describe the way business is done, and can emerge from learned habits.

The Army’s CTE culture arose from the emphasis on culminating events in the Army’s training and exercises doctrine and standards. Nowadays, doctrine includes the term “culminating training event,” which permeates plans and training guidance throughout the Army. The Warfighter planning timeline shows that each Army unit’s training cycle ends at the culminating event; therefore, leaders devote all their time and resources to planning and executing preparatory events. After all, the reputations of units and their leaders are on the line, so units will spend accordingly to earn high marks. Understandably, units also desire to fight and win against the training centers’ opposing forces and will use considerable resources to do so.

The recurring pattern that units lack time and personnel to conduct learning after the previous rotation has become a habit. Units are only obligated to perform at their absolute best during the CTE, so that is where all the time and resources go. Once units assume that long-term learning and change are not and will likely never be a priority, this assumption develops into a “CTE culture” driving how Army units approach training and exercises.

Over time, Army organizations have developed a shared understanding that the CTE culture is the way business is done. The effect of CTEs on culture arises from a pattern of events that actually starts after a rotation. After completing a culminating training event, units consistently lack time and personnel to retain organizational skills after a rotation, as shown in limited training schedules and repeated mistakes at future rotations. This punctuated equilibrium approach to readiness sends a clear message to Army personnel: long-term learning and change are not, and will likely never be, a priority. Instead, units are only obligated to perform at their absolute best during the rotation, so that is where all the time and resources go. Personnel across the force assume that this will happen in preparation for their next rotations, and come to expect it. Sure enough, as a rotation approaches, a unit intensely prepares for the event, while simultaneously expecting that its readiness will be broken down immediately following it. The unit enters its rotation, and the whole process repeats itself.

The CTE culture undermines learning and reduces the Army’s ability to effectively conduct operations in the operating environment. Army units face an environment that is uncertain, complex, rapidly changing and marked by persistent conflict. Units that do not learn and change cannot win in this type of environment. The current culture assumes that rotations are the primary means for validating readiness, especially right before a deployment, and that equivalent assessments cannot be done at home station. This assumption needs to be challenged as units are now more likely to return home after a rotation. The continuous lack of priority to home station training has allowed the increase in collateral duties, overwhelming units’ schedules with tasks such as equipment maintenance, troop schools, garrison duties, mandatory administrative training and short-notice external requirements.

Although the Army developed a new Sustainable Readiness Model (SRM) to replace the Army Force Generation model and to prevent the readiness cliff, it does not address the underlying culture problem. SRM relies on organizations to retain and leverage knowledge and experience to sustain long-term readiness. The CTE culture undermines both knowledge and experience by resisting the needed shift in emphasis to robust and rigorous home-station training. Thus, for SRM to succeed, the Army must take other measures to change the culture.

Limited resources — including personnel, infrastructure, and funding — also contribute to the CTE cultural problem. The Army personnel system forces a turn-over of unit leaders of up to 50% every summer. The personnel system neither requires nor regulates overlap or continuity processes to prevent loss of knowledge. Although the three combat training centers provide rigorous training and evaluation platforms to ensure unit readiness and development of agile leaders, each venue concentrates on different echelons of command.  Therefore, each center employs experienced cadre and specially trained opposing forces units who deliver live-fire, force-on-force and computer-simulated training events. The specialized natures of these centers and their jam-packed schedules mean there is no room to grow more rotations within existing capabilities. Plus, the Combat Training Centers do not come cheap. A single rotation costs up to $30M, requiring significant investment in personnel, materiel, and time from both the exercising units and the Army as a whole.

Unfortunately, little energy is devoted after the rotation to organizational learning events, such as retraining on identified weaknesses. Units lack resources, especially time and personnel, to take full advantage of the lessons identified. Moreover, the Army is not structured to support staff elements focused on organizational learning and change. Therefore, units immediately begin to lose their proficiency following a CTE. A Government Accountability Office audit found that despite the great expenditure of resources many units cannot continue high states of readiness after returning home. In essence, the units culminate, meaning they “reach the end or the final result of something.”

The Army must purge doctrine of the ‘Culminating Training Event’ terminology. … Army senior leaders [should] instead put more emphasis on post-event learning.

The structure of culminating training events may also inhibit retention of readiness. The abrupt transition from garrison to the training center separates what happened “over there” in the rotation from the return to home station. Units focus solely on the retrograde, not on internalizing lessons or on learning from mistakes.

Kathryn Schultz, in her book Being Wrong, suggests that people have tendencies to dismiss organizational mistakes and failures as “not our own.” In the Army, this tendency manifests itself through a focus solely on the victories during CTC rotations. Commanders award soldiers publicly who did extraordinary things during the rotation. Units celebrate back at home station with welcome home and awards ceremonies symbolizing the finality of the event. The Army promotes and moves high-performing soldiers to positions of greater responsibility which can also exacerbate the aforementioned personnel turn-over. The “war” is over, on to the next mission. Meanwhile at Army level, no one staff element or leader is responsible for the areas that rotations emphasize — mission command, shared understanding, organizational learning, and change management. Thus within Army units, no staff element is clearly responsible to the commander for tracking, applying metrics, resourcing, analyzing, reporting and making recommendations on over-all mission command, actions critical to success in the new operating environment.

What can be done? To kill the CTE culture, the Army must embrace a new culture that fosters mission command, organizational learning and the Sustainable Readiness Model. The Army must purge doctrine of the “Culminating Training Event” terminology and replace it with a more relevant and useful name. A more appropriate term could be “Readiness Assessment Exercise.” This term stresses the purpose of readiness, and uses the term “assessment,” which implies that the unit must track and measure readiness. The personnel system must be sufficiently flexible to allow soldiers to stay in place long enough to conduct tasks associated with organizational learning and organizational change after major exercises and deployments.

Army senior leaders can help break the CTE culture by reducing some of their current emphasis on the rotations — by not personally attending, monitoring, or tracking them — and instead put more emphasis on post-event learning. Providing at least equal attention to the lessons learned will lay the foundation for sustained readiness, which will also contribute to better performances during future rotations.

Readiness is costly. Given how much time and money the Army spends building it, and how concerned it is with maintaining readiness, it is strange to consider how the Army needlessly destroys it through the CTE culture.