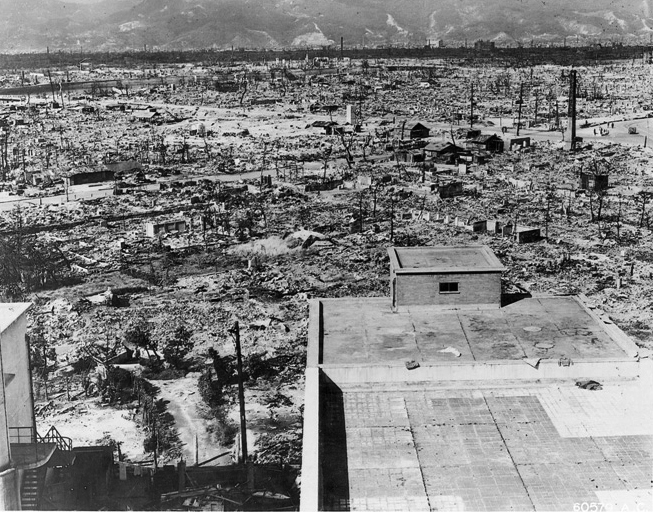 In nuclear war, the past is necessarily a poor guide

Carl von Clausewitz wrote, “Everything in war is very simple, but the simplest thing is difficult.” His classic warning remains starkly relevant to the United States, nowhere more so than in the context of nuclear war. Decisions affecting nuclear strategy, nuclear weapons development and proliferation, command and control of the nuclear force, and arms control have always involved tremendous risk, yet these risks largely dropped from public view after the collapse of the Soviet Union. With the emergence and enlargement of a second Cold War, nuclear instability and the risk of nuclear war are back, as underscored by US President Donald Trump’s recently announced intention to withdraw from the Intermediate-Range Nuclear Forces (INF) Treaty with Russia. Any decision involving nuclear arms is deeply serious business, which makes the President’s apparently flippant approach concerning. Yet the greatest challenge in nuclear decision-making is its fundamentally unprecedented character. Nuclear war remains the black swan of black swans. The President must appreciate that accurate estimates of the probability of nuclear war are logically impossible, and capable risk assessments in this context are therefore profoundly limited.

In nuclear war, the past is necessarily a poor guide. The US atomic bombings of Hiroshima and Nagasaki in August 1945 simply do not count as proper examples of a nuclear war. Rather, these events represented singular episodes of nuclear attack upon selected enemy civilian populations in the context of an otherwise conventional war. If the Administration mistakenly assumes that future nuclear strikes would play out similarly, the results could be disastrous.

Immediate and existential nuclear risks now confront the United States, which finds itself in increasingly contentious relationships with China and Russia, both significant nuclear powers. Yet the stubbornly complex problem of North Korea may pose the greatest current danger. Here, everything may at first appear simple but, in reality, will prove strikingly difficult. Specifically, competitive risk-taking with Kim Jung Un could create intersecting and mutually-reinforcing searches for escalation dominance between Washington and Pyongyang. This could lead more-or-less quickly to nuclear war. These adversarial searches for escalation dominance would likely spring from the ordinary logic of competitive risk-taking in world politics, including more specifically the palpably rising superpower nuclear tensions between Washington and Moscow. The above-mentioned US abrogation of the INF Treaty serves as an example. To be sure, the President must understand these inherently complex risks across all plausible nuclear conflict scenarios.

I have been studying nuclear warfare issues for a long time. In the 1970s, I wrote a book on U.S. nuclear strategy and the risks of nuclear war. Interested in questions of the presidential authority required to use nuclear weapons, I found an ironic disjunction. Reliable safeguards were carefully built into all stages of American nuclear command/control, except one: the beginning. No identifiable checks were built into the system to monitor the President. To a young strategic scholar, this didn’t make any obvious intellectual sense, especially in a world where national leadership irrationality was assuredly not without precedent.

For needed clarifications, I reached out to retired General Maxwell D. Taylor, a distinguished former Chairman of the Joint Chiefs of Staff. In rapid response to my query, General Taylor sent me a detailed handwritten reply. Dated 14 March 1976, the General’s informed letter concluded presciently, “As to those dangers arising from an irrational American president, the only protection is not to elect one.”

While it may seem provocative to link the issue of checks and balances on nuclear weapons command and control to the mercurial behavior of the current President, this is by no means a new problem. I was not the first person to raise this question. USAF Major (and missileer in training) Harold Hering’s career ended when he made a similar query to his Air Force leadership. Indeed, the need for a check on the single-point-of-failure problem transcends any single presidential personality. We need a more reliable system, no matter who is actually in office.

At this point, a distressingly core question should come immediately to mind. In all matters of nuclear weapons command and control, time is the central problem. Given an alert of an incoming enemy nuclear missile attack, the President would inevitably have a limited time to respond. Second-strike capability increases decisional flexibility somewhat, but what leader would want to wait until the dust settles from a first strike before deciding whether to retaliate? The immense authority given to the U.S. President stems fundamentally from the need for a fully credible deterrent, which in turn requires that leaders could recognizably make decisions quickly in a nuclear war. The requirement for confirmation from another person would inevitably slow that response, perhaps even fatally undermining deterrence. But is the current system really the best we can do?

What should be done by the National Command Authority (Secretary of Defense, Chairman of the Joint Chiefs of Staff, National Security Advisor, and presumptively several others) if it should ever decide to oppose an order to launch American nuclear weapons? Could the National Command Authority act in an impromptu or creatively ad hoc fashion? Or should there already be in place aptly credible and effective statutory measures to (1) meaningfully assess the ordering president’s reason and judgment; and (2) promptly countermand any wrongful order?

Reliable safeguards were carefully built into all stages of American nuclear command/control, except one: the beginning.

Notwithstanding Article I of the US Constitution, which gives to the Congress power to declare war, under the current system any presidential order to use nuclear weapons, regardless of the circumstances behind the order, must be obeyed. To do otherwise, in such uniquely dire circumstances, would be prima facie illegal; that is, impermissible on its face. Disobeying a direct order, according to the military’s Manual for Courts Martial, requires that a person know “the orders to be unlawful or [that] a person of ordinary sense and understanding would have known the orders to be unlawful.” How would a member of the military know that a presidential order to use nuclear weapons is unlawful? The conventional approach to controlling a reckless commander by relying on the good faith and consciences of subordinates simply will not necessarily work in the event of an order to use  nuclear weapons. Additionally, given that the U.S. has not adopted a “no first use” policy, the President can conceivably order the first use of American nuclear weapons even if the US were not under a specifically nuclear attack.

Here, too, a further strategic and legal distinction must be made between first use and first strike. There exists an elementary but vitally important difference, one that has to do with distinguishing essential self-defense from aggression. Aggression, of course, is a codified crime under international law. It is, therefore, reciprocally prohibited by pertinent US law.

Where should American nuclear policy go from here? To begin, a coherent and comprehensive answer will need to be prepared for the following very basic question: If faced with any presidential order to use nuclear weapons, and not offered sufficiently appropriate corroborative evidence of any actually impending existential threat, would the National Command Authority: (1) be willing to disobey? and (2) be capable of enforcing such seemingly well-founded expressions of authoritative disobedience?

In the event of a nuclear attack, all relevant decisions have to be made in minutes. Needless to say, such tight chronological constraints could quickly become overriding. In summary, we need a nuclear command and control system that can restrain a rogue President, but we also need a system that sufficiently empowers the President to act in sufficient time for his or her decisions to matter.

The only time for Americans to prepare for such vital national security questions is now. This is the case whether or not President Donald Trump proves himself to be a capable crisis decision-maker. Though we will all draw a huge sigh of relief if the ongoing North Korean nuclear crisis were to subside, there will assuredly arise other atomic emergencies. To be adequately prepared for these perilous events, we need a better system.

There is one last but still vital observation, at least for Americans. Whether in reference to a proposed military intervention or to another considered military action, the American president is bound not only by US law, but also by international law. The latter has long been an integral part of American law. Such incorporation is most prominently expressed at Article VI of the US Constitution (the Supremacy Clause), and also at various major US Supreme Court decisions.

Presidential policies for dealing with adversarial nuclear threats must remain consistent with American military requirements and with pertinent legal obligations. Striking the necessary and optimal balance between both coinciding imperatives confronts the president with intellectual and ethical challenges of the very highest order. The President ought to be reminded of Carl von Clausewitz’s unerringly wise counsel, most notably that even the “simplest” strategic decision making could be bewilderingly difficult. Any such reminder will represent only a beginning, but it is a start that is utterly indispensable to our core national security objectives.

Photo: Effects of the atomic bomb on Hiroshima, viewed from the top of the Red Cross Hospital looking northwest.