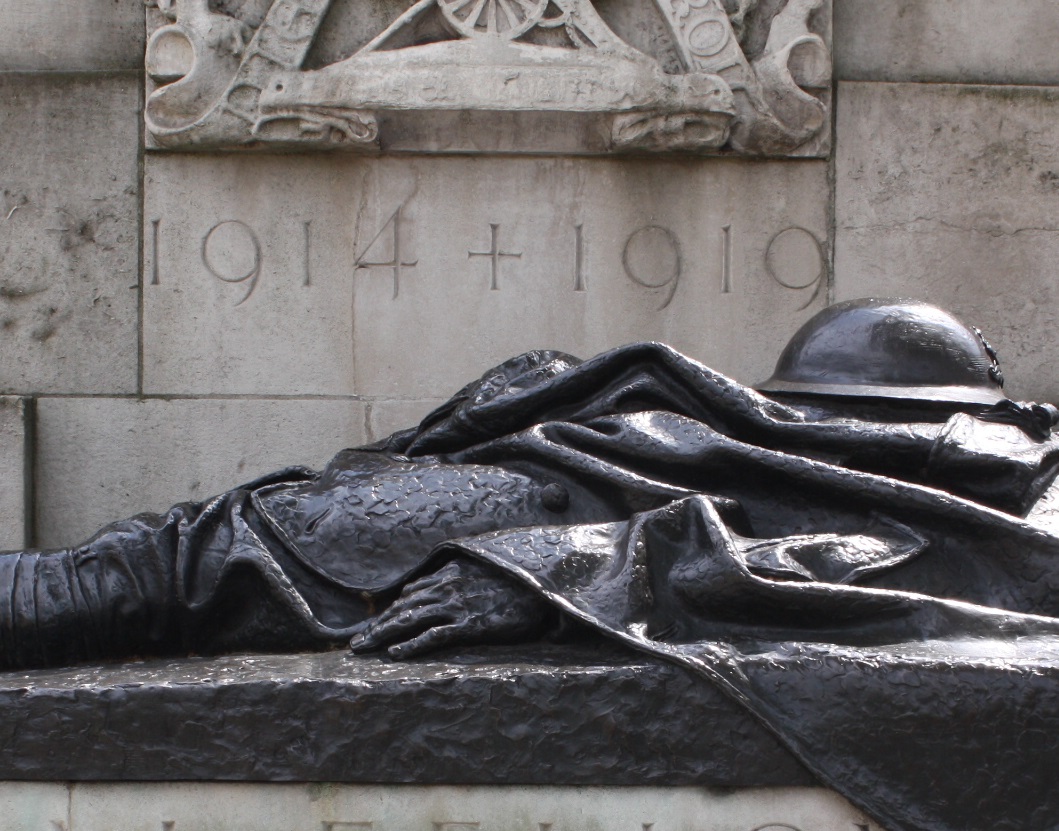 Men and women of all races and backgrounds were transformed by the war, whether they stayed at home or fought at the front

Veteran’s Day is observed in the U.S. on November 11 of each year in commemoration of the armistice that ended hostilities in the First World War. At the eleventh hour of the eleventh day of the eleventh month of 1918, the guns finally fell silent. 2018 is the centennial of that solemn occasion. We asked scholars of history, strategy, and leadership to consider the legacy of the war.

The question we asked was:

What is the most important insight about war or strategy that we gain from the study of the First World War?

If World War I is hard to understand, it’s even harder to teach. Most people simply aren’t interested. The problem arises, in my opinion, from a perceptual problem dating back to the war itself. World War I, it would seem, is one long tale of misery and woe that accomplished nothing of value except to make the world a worse place than it had been before. The story seems familiar – too familiar. What is there to learn, except to prevent something like this happening again? The lesson seems easy and, once learned, the mind switches off.

But the best route to understanding and drawing lessons from the war is not to dwell on the big picture – of mass casualties, of changed political systems and redrawn national boundaries, of lingering popular resentments leading ineluctably to another war. Instead, we should focus as much as possible on the stories of individual people. No two people experienced the war in the same way, and none drew the same lessons. They did, however, share a common humanity; and they experienced the war through that humanity. That’s where we can identify personally and draw individual lessons.

Men and women of all races and backgrounds were transformed by the war, whether they stayed at home or fought at the front. Many of them left behind testimonies in the form of letters, diaries, memoirs, and artifacts. By studying these, we can experience with them the intensity of the unprecedented, learn how they witnessed conflict and comradeship, hope and loss. We can recognize the worst and the best of which people are capable, in them and in ourselves; and we can see how, changed, they changed in turn their families, communities, and national cultures. There is no one single narrative to read from the war except the narrative of humanity .

I think the question opens up a range of responses because the First World War was truly global. I actually started studying African military history because of the East African theatre in WWI, and this oft-forgotten theater provides a remarkable number of lessons (aided, of course, by the fact that it kept going for a couple of weeks after the armistice). But for this forum, I’ll limit myself to three major insights.

First: In an expansive war, everything is interconnected. Compared to the massive forces mobilizing in Europe, the small colonial forces in German East Africa (current mainland Tanzania) were insignificant. However, the commander of the Deutsche Ost-Afrika Schutztruppe, Lt Col Paul Emil von Lettow Vorbeck, realized by starting a series of stinging raids into neighboring British East Africa (modern Kenya), he forced the British to divert troops to yet another theatre, eventually drawing in several divisions’ worth of troops from Britain, South Africa, East Africa, and India with the explicit goal of removing these men as potential combatants on other fronts.

This idea feeds into the second: even a weaker but maneuverable force-in-being can ultimately tie up several times its number of troops for a long period of time, whether as garrisons or pursuit forces. The Germans, never numbering more than 15,000 troops and operating first on interior lines and then on the foreign soil of Portuguese Mozambique, forced the British to divert several times their manpower into the theatre until the German surrender at Abercorn, Northern Rhodesia on November 25th, 1918.

The final idea, then, is this: bullets are often a lesser cause of death in war, especially for expeditionary forces. While the Germans used largely locally-recruited African forces through most of the campaign, the British first deployed British and Indian forces and then reinforced them with a large number of South Africans in 1916. All of the British forces were severely depleted by hunger and disease within months of their deployment, with many no longer being suitable for service even after their recovery out of theatre.  The British would have to finish out the war with their own locally-recruited African forces, the King’s African Rifles.

TE Lawrence was wrong when he called The Arab Revolt and the Palestine Campaign “a sideshow to a sideshow.” The study of World War One should instruct strategists that in war, there are no sideshows. Lawrence and Edmund Allenby’s campaigns were not only designed to defeat a member of The Central Powers, but also with a keen eye towards the post-war world.

After years of stalemate on the Western Front, British Prime Minister Lloyd George needed a military success to shore up support at home. Palestine was it. He envisioned a campaign to capture Jerusalem by Christmas, 1917. The Allies, however, had been thinking about The Middle East for far longer.

France and Britain settled upon the region’s division through the 1916 Sykes-Picot Agreement. Thanks to British High Commissioner to Egypt Sir Henry McMahon’s correspondence with the Sharif of Mecca, Hussein bin Ali, the latter began the process of that division by launching The Arab Revolt against the Ottoman Empire based on perceived British support for an independent Arab Nation comprising Palestine and Syria.

Once attached to Hussein’s son Faisal’s army, Lawrence’s leadership and expertise enabled the Sharif’s Arab armies to function as part of a two-pronged campaign, along with with Allenby’s EEF, to conquer Palestine. The Balfour Declaration cemented the British long term commitment to the region.

British military operations in Palestine proceeded according to Sykes-Picot. Besides denying Germany an ally, the successful Palestine Campaign meant the Allies could approach the Hundred Days Offensive in 1918 with a clearer picture of how the postwar world was shaping up. Woodrow Wilson was also inspired by the liberation of these lands to initiate The Inquiry, leading to the Fourteen Points speech. The results of the Palestine Campaign were central to the peace that followed the war.

In other words, hardly a sideshow.

The study of World War One should instruct strategists that in war, there are no sideshows

“We were wrong.” I often wonder who might have said those words. What general had the courage to look back at the war, at the advance of technology like the machine gun, and admit an inability to see or predict the impact of technology on strategy? Or to admit the inability of strategy to predict the efficacy of technology? In hindsight, it seems as if the advent of the machine gun announced itself clearly, unequivocally, that anyone could have predicted its disruptive effects on the strategies carried forward from the previous century, a world before the height of the industrial age. But “we” did not – they did not. Similarly, I wonder if Mitchell or Douhet looked back on the war and realized that much of what they believed about the implementation of air power was wrong.

“We weren’t completely wrong.” I often wonder who might have said these words. They are only slightly, but profoundly, different. Almost no one approaches war with complete ignorance, and almost no idea was completely wrong. It was the aforementioned Douhet who correctly pontificated that “Victory smiles upon those who anticipate changes in the character of war, not upon those who wait to adapt themselves after the changes occur.” He was not completely wrong. Mitchell knew that air power would change the way of war, even if the details of his predictions were incorrect.

The most important insight about war or strategy that we gain from the study of World War I is a simple thought: “We will be wrong.” Our strategy will not be perfect. We will not anticipate every change. The application of technology will not materialize like we imagine.

Will we have the humility and the courage to admit that our ideas about the next war will be wrong?

If we do not, if we will not, then we can rest assured that the future holds another great war that we did not foresee.

The enduring image of World War I is of the futility of trench warfare, and the millions of men who died in the mud and the mire of the Western Front. From the late autumn of 1914 to the spring of 1918, the forces of the warring Central Powers and Allies found themselves in a stalemate, sides dug in along lines that stretched from the Belgian coast to the Swiss border.

From this catastrophe emerged the characterization of the military experience as one of lions led by donkeys – brave infantrymen led to the slaughter by incompetent generals. In Britain, this view of the war emerged after costly battles such as the July 1916 offensive in the Somme, with commentators disparaging British leadership as “blundering.” Decades later, Alan Clark evoked this dim view of British generals in his 1961 book The Donkeys, which in turn tapped anti-war sentiments echoed in popular media. The British television comedy series, Blackadder Goes Forth, epitomized this narrative of the callous and clueless commander (brilliantly played by Stephen Fry) sitting comfortably in a chateau while thousands of men under his command suffer and die. Blackadder finds himself stuck in the trenches and desperately trying to avoid taking part in the new “push,” which would serve only to move the general’s “drinks cabinet six inches closer to Berlin.”

How accurate is this idea of noble soldiers led by stupid generals? Focusing on the British case, it ignores innovations the British General Staff pursued to break the stalemate and limit casualties. British generals made significant mistakes in prosecuting the war, but the popular characterization is exaggerated and unfair.

We mis-remember history to our detriment. The generation that fought the war is gone. The centennial of the armistice offers a chance both to set the record straight and learn from the true story of the war – not the one popularized in the media.

You’ve read their views. What’s yours? Send your 300 word (maximum, and we mean it!) response to andrew.a.hill13.civ@mail.mil, cc: thomas.p.galvin.civ@mail.mil by November 27, 2018. Please submit with the Subject line as Whiteboard #6.

Photo: Detail of the Royal Artillery Memorial at Hyde Park Corner in London, designed by Charles Jagger and Lionel Pearson. The inscription beneath the body reads, “A Royal Fellowship of Death.”