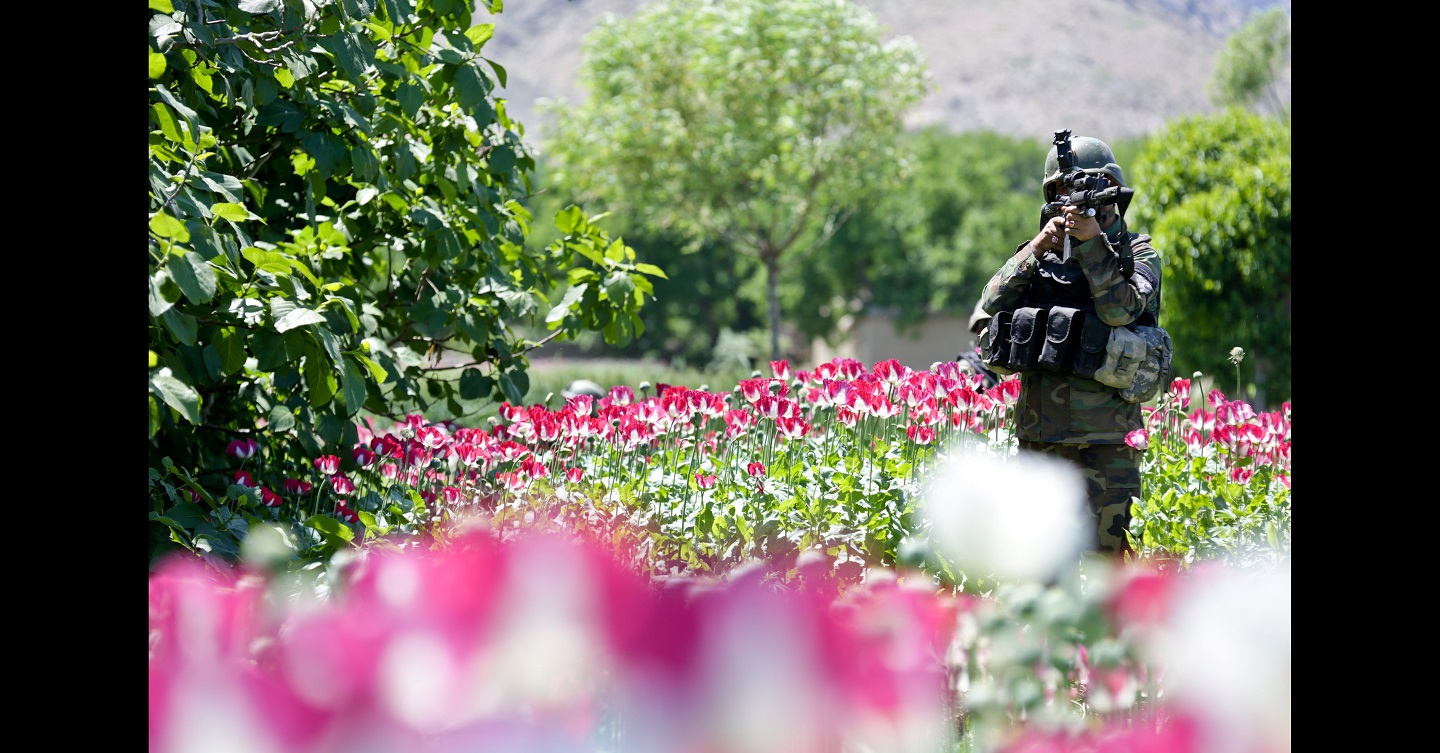 Every eleven minutes, there is a death from opioid overdose in the United States. Latest data from the Centers for Disease Control (CDC) indicates that opioids killed nearly 67,000 people in 2018, and 67% of those deaths involved synthetic opioids. Despite receiving scant attention by the military, opioid misuse/abuse is affecting the U.S. Army, with many deaths attributed to addiction and overdoses related to drugs prescribed in relation to military service. Opioid overdoses affect active duty and reserve component military personnel and military veterans. To drive the point of this crucial topic home, the opioid crisis presents a military readiness problem, and should be addressed with a sense of urgency as is warranted.

For such an important and tragic topic, some background is warranted. Significantly, the Centers for Disease Control (CDC) defines an epidemic as, “the occurrence of more cases of disease, injury, or other health condition than expected in a given area or among a specific group of persons during a particular period. Usually, the cases are presumed to have a common cause or to be related to one another in some way.” The CDC has used the term “epidemic” to refer to Americans’ dependence on opioids since 1999, the year which marked the start of spiking deaths involving prescription opioids. Subsequent waves followed. In 2010, deaths associated with heroin grew significantly, and, in 2013, a third wave of overdose deaths appeared related to synthetic opioids such as Fentanyl.

Opioids are powerful drugs with a long history associated with recreational drug use as well as pain management and battlefield and military medicine. The Papaver somniferum, commonly known as opium poppy, is the biological source material for the opioid family of drugs, which include opium, heroin, codeine, and morphine, that attach to the central nervous system, blocking pain and producing feelings of euphoria and wellbeing. Endorphins are neurotransmitters that pass along signals from one neuron to another. They are the body’s naturally produced opioids. They activate opioid receptors in the central nervous system and create similar feelings of euphoria and wellbeing. The opioid family class of drugs provides benefits similar to endorphins and other neurotransmitters, but more powerfully.

The ensuing effects of opioid use are that they attach to receptors in the psyche, where their chemical structure mimics that of a natural neurotransmitter, which then sends signals blocking pain, slows one’s breathing, and induces a general calming and anti-depressant effect. This similarity in structure fools receptors and allows the drugs to lock onto and activate the nerve cells. Although these drugs mimic brain chemicals, they do not activate nerve cells in the same way as a natural neurotransmitter, and they lead to abnormal messages being transmitted through the network.

The opium poppy is native to Western Asia and Southeastern Europe, and typically grows well in dry, warm climates. It has been cultivated for centuries in places such as Afghanistan, and it is an important economic resource for producers. In recent decades, though, Latin America has emerged as the primary source for opium consumed in the Western Hemisphere. Prescription opioids are either made directly from the plant or are produced in a lab using the chemical structure (synthetic opiates). Synthetic opioids include meperidine, fentanyl, and methadone. Most synthetic opioids are produced in China. Currently, the United States of America makes up approximately 4.3% of the world population but, as of 2015, uses 80% of the world opioid supply, including 99% of synthetic opiates.

Opioids in the Army

Information from the U.S. Army regarding soldier opioid overdose is limited, but one study at a military hospital listed 342 overdoses from 2009-2012. Of that, 47% of the cases involved active duty service members, 18% of whom overdosed using opioids; in other words, approximately 1 in 5 active duty overdoses at a military hospital could be traced to this family of drugs. How are active duty soldiers becoming addicted? The causes are complicated but include readily available opioid prescriptions within the U.S. Army health care system and the psychological and physical stress caused by multiple deployments, combat exposure, and injury.

In 2011, 15.1% of a brigade-size element returning from Afghanistan self-reported receiving opioid prescriptions.

Opioid misuse/abuse is affecting the U.S. Army in the aggregate as well. In 2018, opioid overdoses killed more than 67,000 people, more than six times the number of military lost post 9/11 in Iraq and Afghanistan. In fact, even deployed combat soldiers are using and/or misusing opioids. In 2011, 15.1% of a brigade-size element returning from Afghanistan self-reported receiving opioid prescriptions. This calculates to approximately one in seven soldiers in a combat arms unit taking opioids. This statistic is made more shocking when one considers that individuals with opioid prescriptions are three times as likely to engage in the misuse of opioids as those without prescriptions. Of further significance is the second order effects of taking opiates, such as mental clouding, constipation, nausea, and respiratory depression that can sometimes lead to death. If 1 in 7 soldiers in a combat zone is subjecting him or herself to such increased risk, then the military may have a readiness problem.

To further accent the critical nature of this ongoing epidemic, soldiers have unique challenges that highlight their susceptibility to misuse opioids to the point of dependency. First, opioids are available throughout the U.S. Army medical community. There are guidelines that encourage prudently prescribing opioids, but, realistically, in forward operating areas faced with real-world challenges, medical providers are confronted with hard choices—opioids are very effective for the temporary alleviation of pain, for example. Second, the Army is comprised of individuals who are at more personal risk than their civilian counterparts. The possibility of seeing combat operations is an altogether too real scenario. This specific occupation often leads to a higher risk of addiction and dependency. The third and final challenge is youth—many soldiers today are between 18-24 years old. Their maturation and brain development is still in process, sometimes leading to poor or unwise decisions, a reality especially apparent with something as addictive as opioids.

U.S. military leaders must both acknowledge the effects of the opioid epidemic on the military, and further, they must act to mitigate the disastrous effects of widespread opioid abuse and overdose deaths connected to the U.S. military and military veterans. It would be counterproductive or even negligent to have knowledge that the opioid epidemic is affecting the U.S. Army and not provide significant solutions to this problem for both those currently serving and veterans.

How can this be done, specifically? First, the military should participate in any discussions and collaborations with public health officials to ensure accurate and current data are used to determine future treatment of soldiers and veterans. Military officials should further work with civilian experts and communities to find and fill beneficial treatment programs – and to modify programs as appropriate. Currently, the Comprehensive Policy on Pain Management provides progress, albeit slow due to typical bureaucratic process. The lengthy delays that coincide with military bureaucracy establishes a time-gap that makes the goal of mitigating opioid abuse/misuse challenging.  Thus, military officials must continue to work with state and local agencies to provide the most up to date evidence-based treatment.

In an era when readiness is at the forefront of concerns and there is significant concern about escalated tensions with China, the opioid epidemic threatens American national security. Forward thinking suggests that a multi-faceted solution is warranted to maintain total health and Army resilience. Possible solutions include prevention by establishing targeted policies and programs that DoD has the authority to create (in accordance with the White House’s published National Security Strategy) to mitigate opioids coming into the United States by “bad actors” such as China (major producer of fentanyl) and Latin American countries, specifically Columbia and Mexico, which host cartels where the opium poppy is now being grown. A suggested way forward for this issue would be revising U.S. Army policy regarding the opioid epidemic and its effects, specifically the ability to complete missions, diminished strategic capabilities, and posture in forward operating areas. Further, an evaluation of post treatment, i.e. medical or non-medical, with a complete review of policies for our soldiers and veterans is suggested. Any treatment should be evidence based and in-line with state and local agencies. It is no longer possible or responsible for American military leaders to ignore the effects of the opioid epidemic in the United States.

Photo Description: An Afghan National Army commando with the 3rd Tolai, 1st Special Operations Kandak looks through his scope as he patrols through a poppy field during a clearing operation in the Khogyani district, Nangarhar province, Afghanistan, May 9, 2013. Afghan and coalition forces conducted the operation in order to disrupt insurgent networks and support Afghan Local Police efforts in the area.