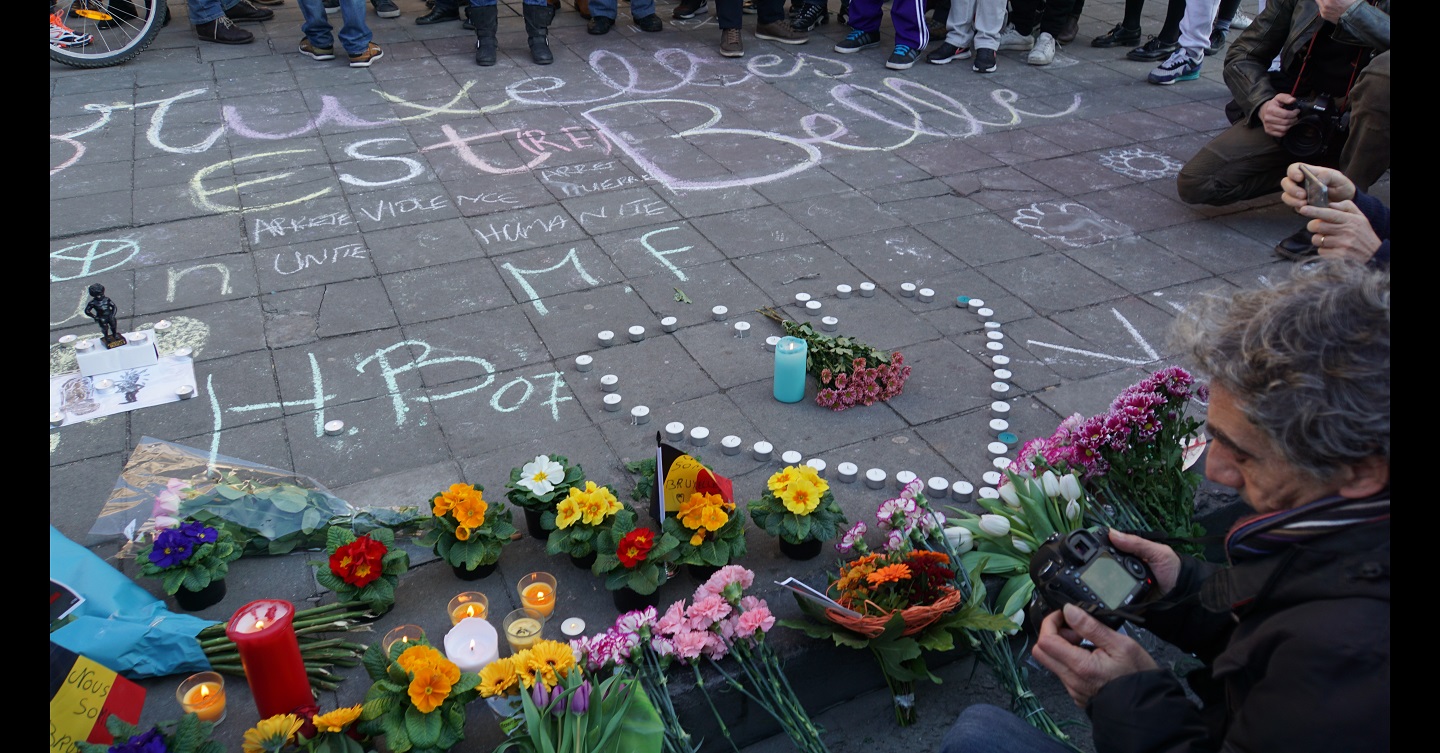 In reality, the threat eventually became defined not only by ISIS’s ability to control territory, but also its ability to conduct and inspire acts of terrorism worldwide.

United States President Donald Trump has declared the Islamic State (ISIS) defeated and the war won.  However, others argue the fight against ISIS is growing increasingly complex and ominous.  How do we know whether the ISIS threat is really gone?  And if ISIS is resurgent, what can counter-ISIS forces learn from past experience fighting ISIS?

To answer these questions, we must first define the ISIS threat.  The Islamic State (also known as ISIS, ISIL, or Daesh) was born out of the ashes of Al Qaeda in Iraq and took amorphous shape in 2011, taking advantage of increasing instability in Iraq and Syria. In 2014, it launched an offensive on Mosul and Tikrit in Iraq and that summer declared itself a caliphate, claiming territory from Aleppo, Syria to Diyala, Iraq. Its identity as a state, and thus its claim of territory was central to its existence. Thus, at the onset of the fight against ISIS, policymakers conveyed the need to hastily decimate the Caliphate by rolling back ISIS’s territory.  Yet as time passed and ISIS’s hold on territory weakened, the world bore witness to ISIS’s heinous terror attacks in Iraq, Syria, and beyond.  In reality, the threat eventually became defined not only by ISIS’s ability to control territory, but also its ability to conduct and inspire acts of terrorism worldwide.

Given the dual nature of the ISIS threat, it is important to examine both the terrorism threat and the territorial threat individually to evaluate the status quo of the overall threat ISIS poses.  Yes, ISIS now controls vastly less territory than it once did.  However recent attacks like those in Sri Lanka, Iraq, and Syria suggest that the ISIS terrorism threat does not depend on ISIS’s ability to hold territory.  And now, with nearly 6 years of experience in fighting ISIS, there is evidence available to evaluate that trend empirically.

By juxtaposing data on the incidence and lethality of ISIS terrorism with data on changes in ISIS territorial control over time, we can learn more about how the two components of the ISIS threat are related.  I gathered data on ISIS terrorism from the START consortium’s Global Terrorism Database and then georeferenced data from maps published by various sources including the U.S. Department of Defense, IHS Janes Conflict Monitor via the BBC, and the Global Coalition to Defeat ISIS to do just that.  The inclusion of 3 different territorial data sources demonstrates that although various sources utilized different counting methodology when mapping ISIS territory, they all agree that ISIS territorial control gradually declined from the fall of 2014 onward.

Figures I and II respectively show changes over time in the monthly incidence and lethality rates of ISIS terror attacks (on the leftward y-axis) compared with changes in the square kilometers of territory controlled by ISIS (on the rightward y-axis).  Figures III and IV similarly examine the same incidence and lethality data on ISIS terrorism, but only for distant terror attacks that were conducted outside of ISIS’s core territory in Iraq and Syria.

As shown in Figures I and II, from mid-2014 through early 2017, as ISIS territory was shrinking, ISIS steadily increased the incidence and lethality of its terrorism overall.   Further, Figures III and IV show that until 2017, ISIS increased incidence and lethality at an even steeper rate for attacks launched outside of its core territory as it lost that territory to its rivals.  Although counter-ISIS forces were successful in recouping territory from ISIS beginning in 2014, ISIS was able to intensify its terrorism campaign past the peak of its physical caliphate.

What does the data tell us about ISIS’s territory-terrorism relationship?  First and foremost, ISIS’s ability to continue conducting and inspiring acts terrorism in spite of battlefield losses confirms the resiliency of the global ISIS terrorism campaign, regardless of ISIS’s position on the ground.  Further, ISIS terror attacks specifically targeted countries outside of the core territory at times when ISIS’s territory was under attack.  While this data does not explicitly unearth ISIS’s intent or strategy, it does suggest that ISIS utilized terrorism as a tool for getting even with its enemies when it failed to defend the Caliphate on the ground.

Surely there were times, particularly in 2016, in which ISIS struggled to maintain a consistent monthly increase in the incidence and lethality of its terror attacks, both inside and outside of its core territory.  Indeed, those dips occurred at times when ISIS may have been wholly preoccupied with defending its territory to the point where its terrorism capabilities were diminished.  In that sense, counter-ISIS forces successfully, albeit temporarily, curbed both the territory and the terrorism threat from ISIS.  However, those anomalous dips often preceded timely and sharp surges in terrorism.  Specifically, those surges came in the direct aftermath of critical battlefield losses.  According to the START terrorism data, ISIS increased terror attacks by 49% in April 2015 after losing Tikrit.  After losing Ramadi in December 2015, ISIS increased the incidence of its terror attacks nearly every month until May 2016.  By December 2016, just two months after ISIS lost Dabiq to coalition forces, ISIS had increased attacks by 19%.  Despite an overall loss in territory in 2016, ISIS demonstrated its ability increase terrorism in the aftermath of strategic territorial losses.

If ISIS were to resurge and reconsolidate territory, what can the territory-terrorism data from the last six years teach the counter-ISIS community about how to shape the next fight against ISIS?

Certainly, we should view the steady decline in the incidence and lethality of ISIS terrorism that has occurred since early 2017 as a sign of more sustainable progress against ISIS, especially given that terrorism has declined concurrently with territory.  Yet that progress has come at exceptionally high human costs and there is no guarantee that ISIS’s current state of dormancy will be everlasting.  Especially given the current presence of regional conditions mirroring those that gave rise to ISIS 2014, such as a rapidly deteriorating humanitarian crisis in Syria and power plays by Iran and Turkey for regional hegemony, ISIS may again be well positioned to burgeon in spite of its chaotic surroundings.  Additionally, some say that the U.S.’s killing of Abu Bakr al-Baghdadi has already sparked sentiments of revenge among his supporters and emboldened the organization.  Moreover, ISIS’s eagerness to claim the November 2019 London attack as its own, whether or not that linkage is accurate, should concern the international community about ISIS’s looming intentions.

Based on the trends made evident by the data, it is important to consider a strategy that accepts the counterintuitive reality of ISIS’s territory-terrorism relationship. As coalition forces rightfully continue to deny ISIS a territorial haven, they must consider how ISIS has responded to unrelenting military pressure and humiliating defeats in the past: by leveraging its global network of loyalists to lash out against civilians near and far from the battlefield.  If counter-ISIS nations want to avoid more attacks on their own soil, they will have to think carefully about how and why ISIS responds to various kinds of pressure.

It is possible that a strategy utilizing more subtle means of crippling ISIS could deny ISIS territory without giving it a chance to flaunt the victim card as it recruits like-minded anti-Western fighters.  One example of such a strategy is containment.  Particularly, some scholars have suggested strategies such as containing ISIS’s territory and more quietly forcing its eventual collapse through economic and political pressure.  Containing ISIS, as opposed to actively shrinking its territory, could eliminate the pattern of ISIS’s rallying cries for attacks in the aftermath of territorial losses like those in Ramadi, Tikrit, and Dabiq.  Instead, applying soft economic and political pressure while simply preventing ISIS’s territorial expansion may cause ISIS to implode on itself from economic strife and political dysfunction.  It is hard to imagine crippling an organization as ruthless and resilient as ISIS with economic and political pressure alone, but the counter-ISIS community should at least explore options that include a balance of military containment tactics and those subtler economic and political tactics.

Counter-ISIS coalition forces may never zero-in on the perfect Goldilocks solution, but by abandoning the assumption that reducing ISIS territory inherently reduces ISIS terrorism, the international community can get one step closer to subduing ISIS’s global terrorism campaign.

Photo Description: A gathering of people, chalk drawings, flowers, and candles arranged in a heart in tribute to the victims of the Brussels attacks on March 22, 2016. Thirty-two civilians and three perpetrators were killed, and more than 300 people were injured. We can read the message “Brussels is beautiful”