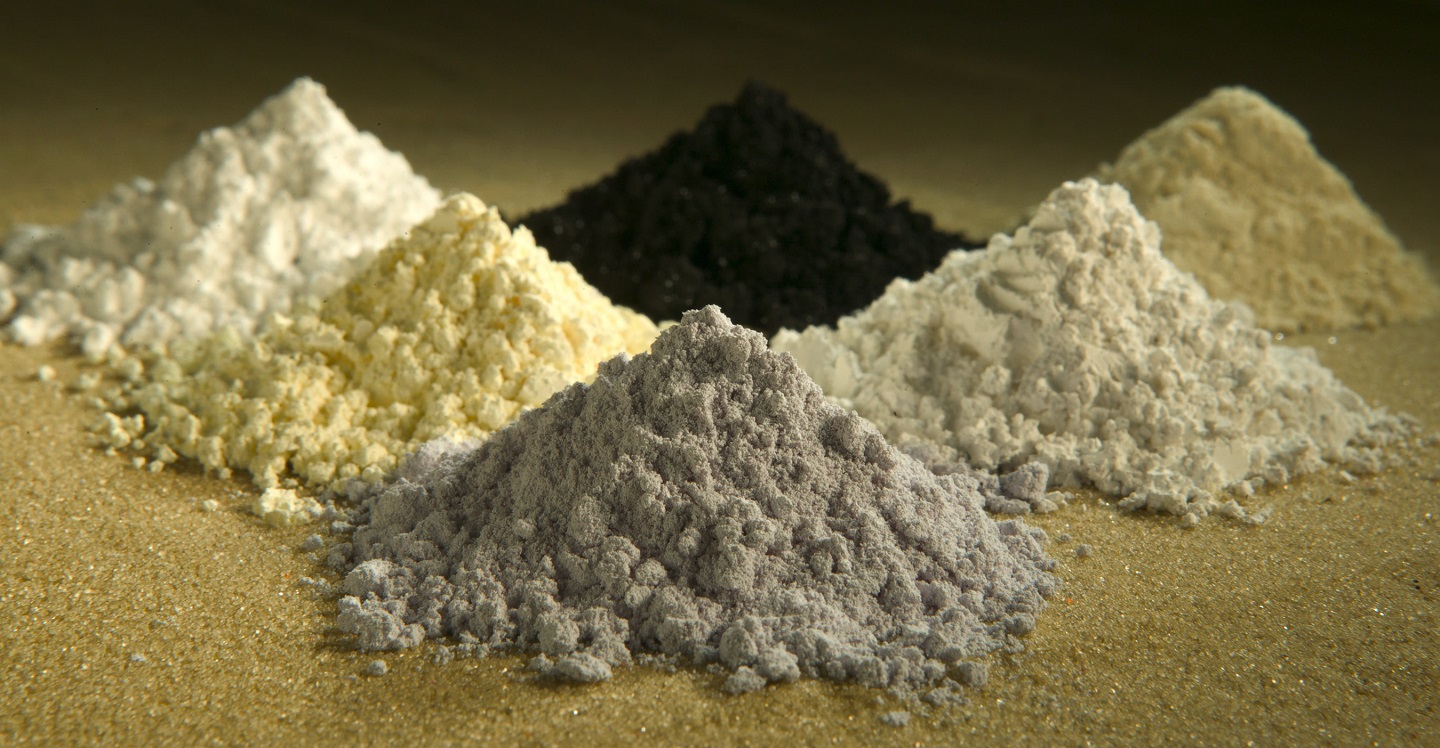 In recent months, China has increased its rhetoric and threats to halt exports of rare earth elements to the United States, as it ratchets up pressure in an ongoing trade war.

The ability to mine and process rare earth elements is rare, unless you are China. In the late 20th century, the Chinese Communist Party desired to dominate the rare earth market. In a 1992 speech on his Southern Tour Deng Xiaoping said, “[t]he Middle East has its oil, China has rare earth.” With this speech, Deng put China on a path to be the world’s single source of processed rare earth elements. In recent months, China has increased its rhetoric and threats to halt exports of rare earth elements to the United States, as it ratchets up pressure in an ongoing trade war. China’s rare earth market influence is not a new problem, and while control of this crucial industry gives China power, using it may prove costly to its population and the environment. Nevertheless, the United States needs to take proactive measures now to loosen China’s control of the world’s rare earth materials production.

Rare earths, covering 17 elements on the periodic table, are, in fact, common and relatively plentiful in the Earth’s crust. However, it requires tremendous effort and investment to extract and refine them. Rare earth elements are in high demand because they have unique characteristics (e.g., magnetic properties, corrosion resistance, luminescence, electrical conductivity) and are vital in the manufacture of many modern technologies, particularly for defense systems.

Until the late 1990s, the United States extracted and produced most rare earth elements; however, rising costs and stricter environmental regulations scaled back or shut down its mining companies’ operations. China filled the void. Lax environmental regulations and cheap labor enabled Beijing to scale up its operations relatively quickly. By 2009, China’s dominance in rare earth elements’ extraction and production concerned U.S. policymakers, who worried about implications for the U.S. economy and national security in the coming years.

A 2010 Sino-Japanese maritime border dispute seemed to confirm the United States’ worst fears—that China had near-total control of a critical resource. In response, Congress convened a special hearing to examine “China’s monopoly on rare earths: Implications for U.S. foreign and security policy.” The session prompted a Fiscal Year 2010 National Defense Authorization Act requirement, for the Government Accountability Office (GAO) to submit a report on rare earth elements to Congress. In short, the GAO’s 2011 report found that “rebuilding a U.S. rare earth supply chain may take up to 15 years and is dependent on several factors, including: securing capital investments in processing infrastructure, developing new technologies, and acquiring patents which are currently held by international companies.”

In May 2019, with the Sino-American trade war intensifying, Chinese state media implied China could halt rare earth sales to the United States. The Chinese Communist Party newspaper, People’s Daily, warned of the United States’ “uncomfortable” dependence on Chinese rare earth elements. This pronouncement, coupled with Chinese Chairman Xi Jinping’s visit to a rare earth facility in southern China, signaled that Beijing may restrict its exports of rare earth elements to the United States. U.S. Geological Survey data shows China physically contains only one third of the world’s rare earth reserves, but according to Reuters’ Ernest Scheyder’s reporting, “this accounts for 80% of U.S. imports of the group of 17 minerals used in military equipment and high-tech consumer electronics.” A 2016 GAO report identified a near-total U.S. dependency on foreign-sourced rare earth materials. It articulated the need for the Department of Defense (DOD) to take a “comprehensive, department-wide approach to identifying which rare earths, if any, are critical to national security.” Clearly, ignorance of the U.S.’ vulnerability isn’t the problem, inaction is. The solution is unified congressional and presidential support for rebuilding a rare earth supply chain in the United States.

However, there is disagreement over the threat that China’s control of the global rare earth market poses to the United States and its allies/partners. On one hand, economic scholars suggest that before the 2010 Sino-Japanese maritime border dispute, the global market was already addressing the issue of reliable access to rare earth elements independently, by attracting new suppliers outside of China, and by stimulating private sector innovations that could reduce overall rare earth demands in manufacturing.

Conversely, U.S. policymakers posit that imports of strategic and critical materials such as rare earth elements have increased, causing tension between supply dependency and lower costs. Additionally, China has great leverage in downstream products made with rare earth elements. For example, in 2018, having had few alternatives, the United States purchased around $193 million of rare earth magnets from China. Such control of the rare earth market illustrates a potentially dangerous nexus between Chinese economic and military aggression toward the United States. China has strategically flooded the global market with rare earth elements at subsidized prices, driven out competitors, and deterred new market entrants. Without competitors, China can flex its soft power muscles by embargoing rare earth elements, as Japan learned in 2010. Washington is now learning the same lesson.

Chinese authorities largely ignore the environmental and human costs of using acid, heat, and pressure to mine and process rare earth elements.

Beyond economic costs, there are also environmental ones for China’s rare earth market dominance. Chinese authorities largely ignore the environmental and human costs of using acid, heat, and pressure to mine and process rare earth elements. These methods poison vast tracts of land, livestock, and water in China’s mineral-rich regions, and there are reports of abnormally high cancer rates in villages from which impoverished residents cannot afford to move. In Ganzhou, Longnan, and other areas in China’s Jiangxi Province, large, rare earth wastewater ponds sit exposed. Satellite images show many toxic lakes dotting the mountains. Apparently, there are efforts across China to address such pollution, but it seems for now that the Chinese Communist Party is willing to trade severe environmental damage for a leading market share.

To prevent China from brandishing rare earth elements as an economic weapon, the United States should develop and implement a number of actions now, to buy-down risk to its manufacturing and defense industrial base, and to avert a reliance on competitor states as its sole sources for processed rare earth elements and materials.

The DOD should advocate for a policy change which requires that the U.S. organic industrial base and its defense contractors use only domestic- or ally-sourced rare earth elements, rather than obtaining them from competitor states. Examples of past policy changes, proposals, or legislation of this type include: the Strategic and Critical Materials Stockpiling Act of 1939; the Defense Production Act of 1950; and the proposed Securing America’s Rare Earths Supply Act of 2019.

Lastly, a recommendation in the 2016 GAO report articulated the need for the U.S. defense industrial base to identify all rare earths-dependent materiel in its production/maintenance inventories that are critical to national security. Furthermore, it is critical that the Defense Logistics Agency’s (DLA) Strategic Materials branch continues to ensure that rare earth elements are properly stocked, stored, and ready for use in the event of a national defense emergency. To this end, DLA is exploring ways to approach sustainment of critical materials beyond stockpiling, such as rare earth recycling or recovery. Thus, the development of an economically feasible process for recovering rare earth materials from defense items, or recycling the items themselves, could facilitate the establishment of a viable and integrated domestic rare earth supply chain.

Certainly, rare earth mining and processing comes with risks and there are many challenges to the above-mentioned recommendations. Although the United States has significant unmined rare earth deposits and sophisticated technology to mine and refine them, large upfront investments, market uncertainty, erratic price movements, environmental concerns, and political indecision continue to hold its domestic industry back. Despite these challenges, now is the time for the United States to free itself from its dependence on Chinese-sourced rare earth elements and to revitalize its own industry, which is essential to America’s economy and national security.