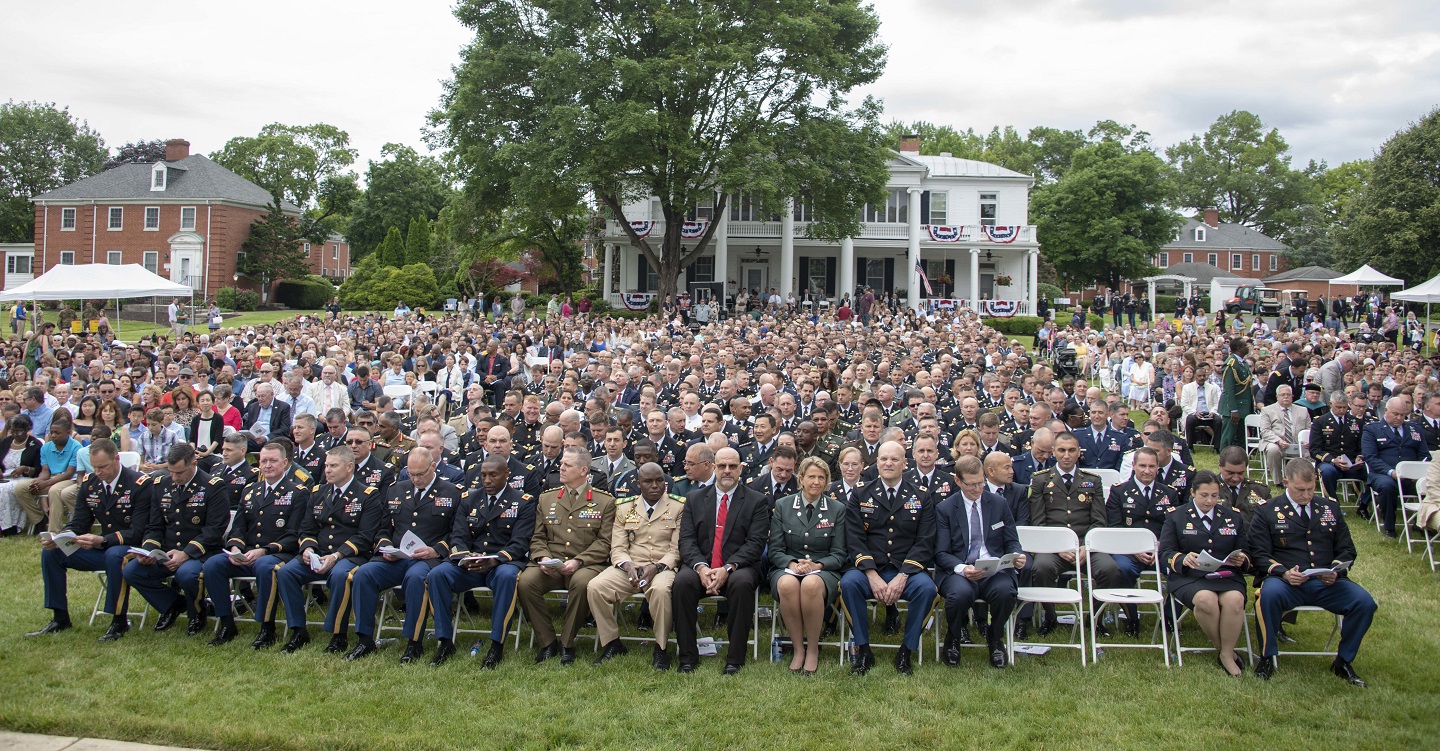 A BETTER PEACE welcomes back U.S. Army Colonel (retired) Arthur F. Lykke for the second and final part of his interview. Having explained the birthplace of the three-legged-stool model in part one, Art goes on to share his thoughts on why his model has endured and his experiences in the classrooms of the Army War College and the potential of the students that attend it. Art once again joins the Chair of the Department of National Security and Strategy, Mark Duckenfield, and our own Editor-In-Chief Jacqueline Whitt.

Photo Description: The Army War College Resident Class of 2019 seated for their graduation ceremonies on Carlisle Barracks. Taken 7 June 2019, these men and women have significantly grown personally and professionally since their arrival in August 2018.