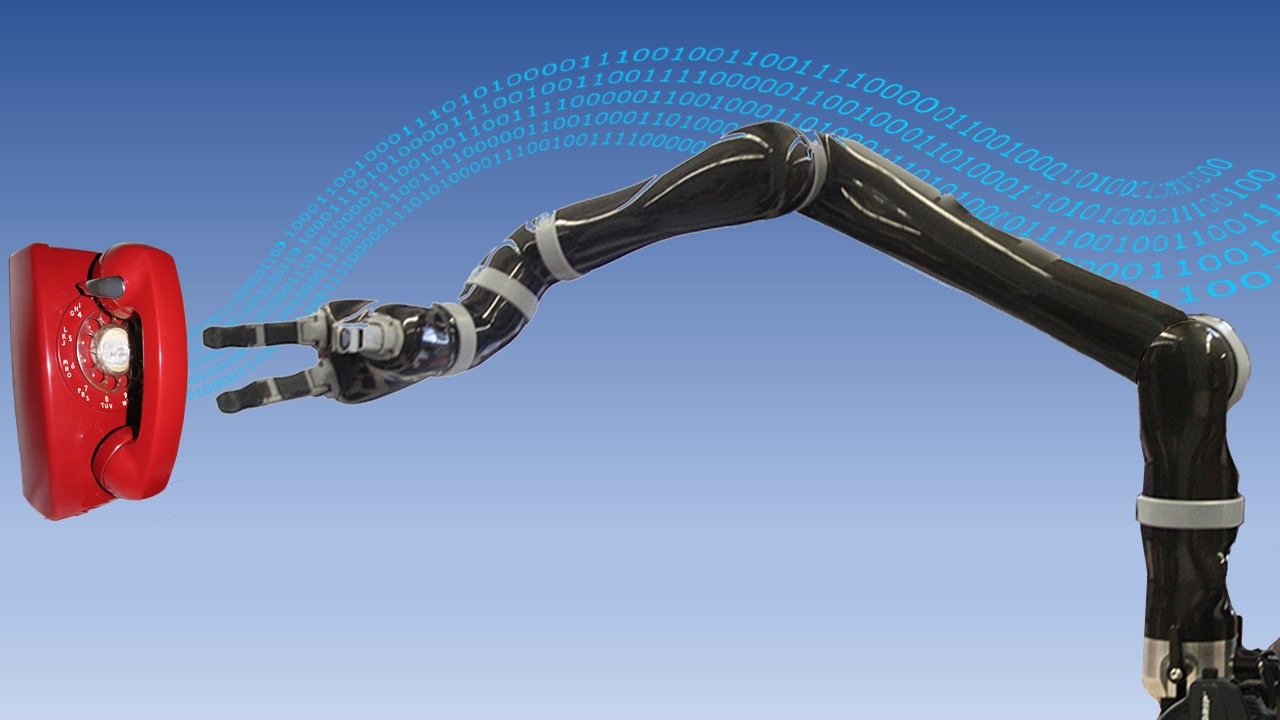 These capabilities must seamlessly integrate commercial and military communication networks to the warfighter’s devices.

Roll out the talking robots – or at least the artificial intelligence (AI) technologies that can manage human communication networks on the future battlefield. The unprecedented complexity of communications management in a future with exponential increases of ubiquitous information technology devices in Multi-Domain Operations (MDO) begs for AI solutions. The Army should therefore develop AI-supported assured communications management capabilities to understand and monitor network structures and their availability throughout the environment. These capabilities must seamlessly integrate commercial and military communication networks to the warfighter’s devices. Science and technology communities should consider the proposals offered below if the U.S. is to maintain its competitive advantage.

Like another ‘foe’ on the battlefield to fight, the complexity of FOEs (Future Operational Environments) will challenge future warriors’ abilities to command and control their warfighting systems. For example, MDO are expected to be composed of vast formations of unmanned, robotic, and autonomous systems that depend on massive amounts of data and rapid, assured communications across the spectrum, from tactical to strategic battle areas.

Engagements in the future environment will “far exceed the reaction time of humans. Decision-making processes require much greater speed; information and intelligence…so that commanders can make decisions at increasingly rapid rates.” And our forces may have to operate in a communications denied environment, potentially requiring the employment of robotic and autonomous systems. As expressed in a white paper by the Director of the Army’s Future and Concepts Center, this highlights the importance of maintaining “assured communications and sufficient network bandwidth” as operational tempo increases with the integration of greater numbers of manned and unmanned systems. Despite the compelling need for AI-based capabilities expressed above, their development has been slow, potentially leading to degraded battlefield communication management, and ultimately communication gaps. AI-based innovations may reduce the warfighter’s need to pause operations for lack of communications. An AI-assured communications (AIAC) capability can monitor network status and seamlessly integrate warfighters’ communications networks and devices. Consider three scenarios where such capabilities can enhance command and control during MDO:

Such capabilities can simultaneously support a truck driver, a signal officer, a special forces operator, and virtually every other soldier, command post, or robotic and autonomous (RAS) capability on the battlefield. They establish communications with the management of two key dependencies. First, they seamlessly employ available commercial, private, or military communication networks for the warfighter. Second, they understand the type, capability, location, and availability of all warfighters’ organic communications assets, assigned by echelons.

Who talks to whom and when? What talks to what and when? And what means best serve these communications requirements?

The result of such capability is comprehensive. From the platoon to the theater army level, and at all points in time and space on the battlefield, AI-assured communications capabilities can minimize what the Prussian general and military theorist Carl von Clausewitz in his book On War (ed. Howard & Paret, p. 119-120) called “the fog and friction of war” and their effects on operations. AI can maximize integration of complex military and commercial communications networks for warfighters and ensure the message gets through to save the battle and win the war. “For want of a message” is metaphorically linked to the Benjamin Franklin quote describing a kingdom lost “for want of a nail.” AIAC ensures the message gets through.

There are significant risks to consider with such a powerful capability. Mitigation of cyberattack or data breach of the AIAC can manage exposure of every tactical, operational, and strategic vulnerability to enemy exploitation. Another risk could be the loss of control of the AIAC system, causing the system to catastrophically deny all warfighter communications capabilities – such an occurrence would rewind the clock returning communications management to its largely human-led process as it is today.

The AIAC concept is ahead of technology. The capability does not exist today, and critical thinking must support research and resourcing decisions to even pursue something as powerful as an AIAC. The author maintains that eventually, the science and technology community must develop an AIAC with built-in trusts to facilitate all potential communications scenarios and establish network connectivity for ubiquitous IT networks and devices.

There is plenty of reason for optimism about future autonomous AI systems, especially for the Army. The AIAC concept leverages the link between AI and deep learning espoused in a recent RAND study, “AI systems trained to learn and think independently will likely dominate the field of AI… The key to (their) deep learning is access to large, high-quality datasets.”

High speed robot and autonomous capabilities will become features of future battlefields. If the Army delays research and development of AI-assured communications capabilities, it surely faces irrelevance in the future operating environment. The Army needs these capabilities to manage all warfighting functions – especially command and control — to win the next war. It depends on systems that rapidly and reliably communicate with our troop formations. AIAC offers an ‘always-on’ connection to command and control these complexities. Army leaders should be challenged by the Department of Defense AI strategy that states “failure to adopt AI will result in legacy systems irrelevant to the defense of our people, eroding cohesion among allies and partners.” The joint force can maintain its edge in battle by employing good robots – or AI capability – behind its future communications network management systems.