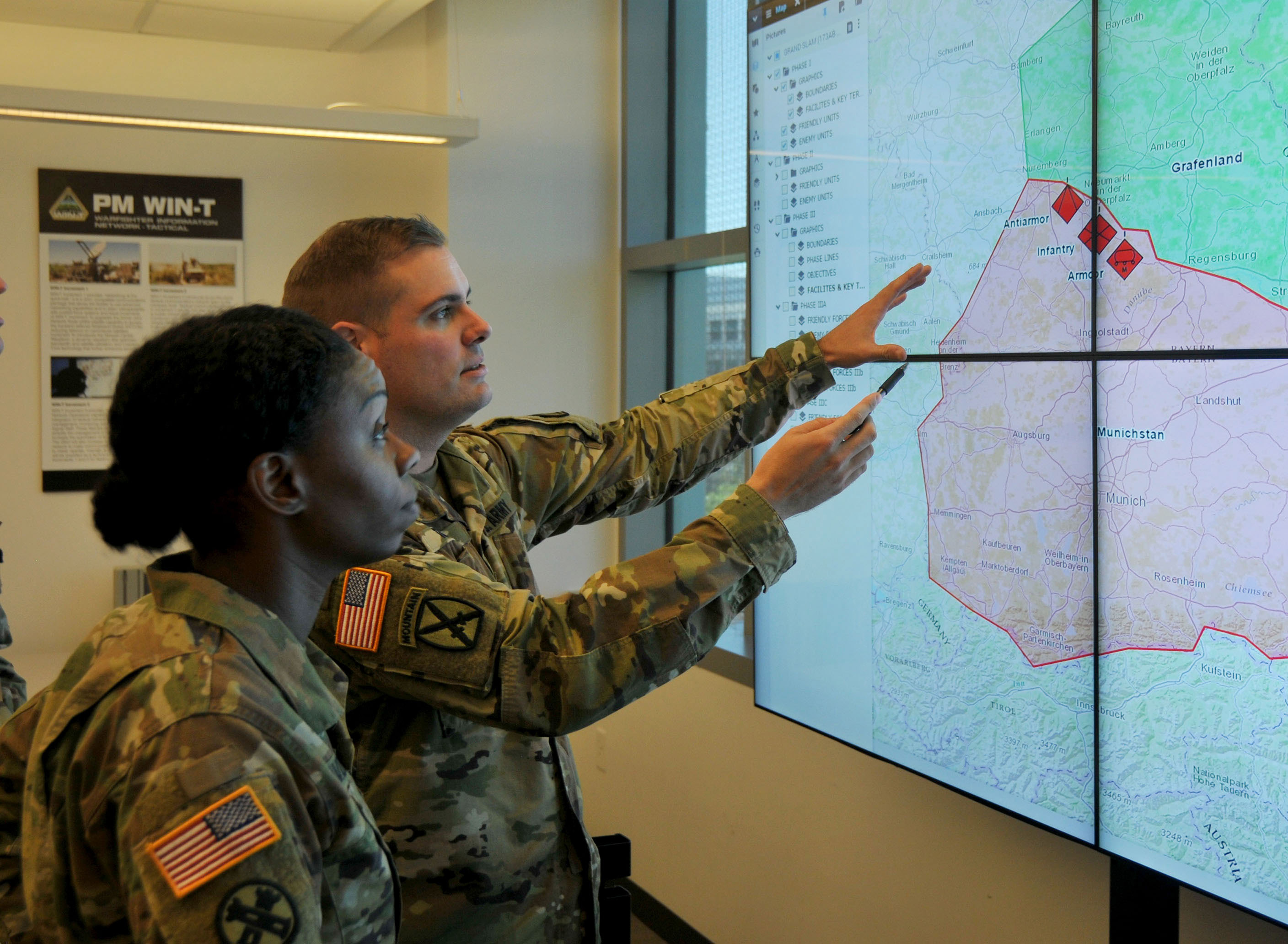 Leaders both inside and outside the professional military education system are often skeptical of basic research. It is inefficient by nature.

Should military institutions pursue research that is not directly tied to immediate organizational needs? The case for applied research is clear, since it seeks to solve defined problems. But what about basic research, which advances knowledge more for its own sake, often with only a vague sense of its application potential? Leaders both inside and outside the professional military education system are often skeptical of basic research. It is inefficient by nature. Much of it never pans out – full of dead ends and wasted effort. Yet it is also essential to the military, a vital investment in its future and a core function of the service academies and war colleges. Indeed the war colleges need more of it.

The American military is a well-educated organization – especially the officer corps. By the time an officer completes a career of twenty years or more, he or she often has multiple civilian college degrees and has taken several courses of study in the professional military education system. For the most successful officers, the pinnacle is attendance at one of the war colleges – the Army, Air Force, Naval, Marine Corps, National, or Industrial College of the Armed Forces–or an equivalent fellowship. This makes war colleges particularly important shapers of the U.S. armed forces, important not only to the military itself but also to the nation which the military serves. In a very real sense, war colleges are important to American security.

Yet they also are peculiar places, in part because they overlap two distinct worlds with very different organizational cultures – they are military entities, and they are accredited graduate schools. Balancing these two sides of the war colleges’ personalities is an enduring challenge for their leaders, which at times pushes them outside of the organizational culture in which they are most comfortable. Some leaders, whether because of experience in non-military settings or simply a more flexible and adaptable mindset, prove effective at this. Others find the adjustment difficult and prefer making military educational institutions as much like an operational military unit as possible.

The duality of war colleges may be most evident in their educational programs, as they decide what to teach and how, balancing academic rigor with the task of preparing future leaders for jobs that often do not involve scholarship but benefit from the intellectual rigor it instills. The duality also affects how war colleges perform research. As at civilian colleges and universities, war college students and faculty are expected to undertake rigorous research, both for their own professional development and to assist their organizations. But here too, the duality of war colleges comes into play.

War college faculty are normally serving military officers, members of other government agencies, professors or instructors who retired from the military or another government agency, “pure” academics from civilian academia or, in a few cases, professors of practice from the private sector or think tanks. The top leadership of the war colleges consists primarily of serving officers with some former military officers or academics in positions such as dean or provost.

The dominance of serving or former military officers at the senior leadership level shapes the types of research that war colleges tend to prefer, often tilting it toward decision support research. This is applied research that analyzes issues of immediate concern to military commanders, strategists, and policymakers. It normally deals with pressing questions about force size and configuration, leader development, training, strategic concepts, operational methods, and doctrine. Its purpose is to help strategic leaders make better choices and to understand the challenges they face. The criterion used by war college leaders and researchers is the value of the research “in the field.” The leadership and military faculty of war colleges are comfortable with this type of research in part because it is similar to the strategic-level staff work and intelligence that they have encountered and used throughout their careers.

Like strategic-level staff work and intelligence, good decision support research has a demonstrable short- or mid-term payoff. Its effects can be seen and measured. To take one example, Leonard Wong and Stephen Gerras’ 2015 monograph Lying to Ourselves: Dishonesty in the Army Profession has had a substantial impact on the way that the institutional Army thinks about leader development and its organizational ethics. There has been real change in processes, regulations, and doctrine as a result of this research.

As with all applied research, the goal of decision support research is something of visible, immediate utility. And like strategic-level staff work and intelligence, decision support research is amenable to efficiency. Close management is useful to synchronize efforts across an organization. Just as a strategic planning or intelligence staff would not want to have directorates working separately on the same issue or challenge, the managers of decision support research try to avoid redundancy by discouraging multiple scholars or teams of scholars from analyzing the same issue or topic. Using multiple sources in a given research project is good, but having multiple research projects on the same issue or challenge is considered wasteful. Better to have one scholar or team of scholar analyzing an issue and others looking at something else. Breadth of coverage, in other words, is more important than getting multiple perspectives on a single issue.

Basic research is a profoundly creative endeavor that seeks to advance knowledge, without fully understanding the potential benefits of that knowledge.

Decision support research should be the priority at a war college and receive the largest share of research resources in both time and money. But it is not the only type of research that has value.

Basic research is a profoundly creative endeavor that seeks to advance knowledge, without fully understanding the potential benefits of that knowledge. This latter condition makes it hard to defend at the war college. By its nature, basic research sometimes produces no tangible benefits at all. In this respect, it is akin to venture capital investment – you fund ten projects in the hopes that two or three pan out. Even when research demonstrates its value in application, this value may not be evident for years or decades.  As one example, I developed the concept of commercial insurgency in a 1993 Strategic Studies Institute monograph. It received little attention for a decade but now is widely used in the literature on insurgency and incorporated in Joint and Service doctrine.

Basic research is not as amenable to coordination of effort. Whereas applied research benefits from unifying effort and pooling resources, basic research thrives on diverse, distributed work, often including apparent redundancies that resource managers abhor. This means sometimes supporting multiple research projects on the same issue or challenge. In basic research, confidence in the findings is important. When different research teams or individual researchers reach the same conclusion, it increases the level of confidence in their findings. If different research teams or individual researchers reach different conclusions, that too is valuable information that can be used in the iterative development of knowledge.

Because basic research is creative and inefficient typical managerial behaviors such as close supervision and synchronization can smother it. The essence of leadership in research is finding the right type of people, empowering them, and then largely staying out of their way, allowing peer review and other governance activities to provide the desired quality control.

So which type of research should war colleges do, applied or basic? Obviously both, but decision support research should dominate. The uniformed or former military leaders of war colleges normally will be comfortable with it and inclined to resource it better. That is as it should be. But Army leaders must understand the value of basic research despite its inefficiency and lack of immediate results. They must resist the temptation to exercise close supervision and allow such projects to continue despite the lack of demonstrable results over years or decades.

Basic research may not answer the questions that senior military leaders are asking right now, but it can help them understand questions that they should be asking or provide ideas for the next generation of senior military leaders. One important example is the research underway today both in civilian academia and the professional military educational system on the changing character of war. U.S. Army Chief of Staff General Mark Milley, noted in a 2016 speech to the Association of the United States Army:

The number one priority for our Army is readiness for war… it’s my belief that here we are on the cusp of a fundamental change in the character of warfare, and specifically ground warfare…in short the ways and means of war is in my view, about to undergo fundamental, profound, and significant change.

Since war colleges overlap two worlds–the military and the scholarly–their research must reflect the duality between basic and applied research. Research which advances or expands knowledge increases the analytical skills of war college faculty and students. Having undertaken it augments their creativity and makes them better prepared for new challenges in the future. Research which advances or expands knowledge can help make the Joint Force’s senior leaders aware of challenges or opportunities them might not have considered. When new challenges and opportunities do emerge, existing research can provide a knowledge base to address them.

The leaders and faculty of the war colleges must at times transcend their ingrained preference to focus only on applied research and abandon their instinct toward close supervision, deconfliction, and synchronization, learning to tolerate the messy, sometimes frustrating inefficiency of the creative process. Ultimately, they must remember that even if research to advance or expand knowledge makes them uncomfortable, it is a worthwhile and vital endeavor.

Ultimately, though, war college leaders alone cannot assure that a reasonable investment of time and effort is devoted to research designed to expand knowledge. Senior Army leaders, both uniformed and civilian, must not let their necessary and laudable quest for immediate efficiency prevent them from seeing the long term value of investing a reasonable amount of effort and money in research that may not have an effect for many years. Strategic leadership is not only about dealing with short term challenges but also leaving an organization prepared for the future. Research to expand knowledge is one small component of this.