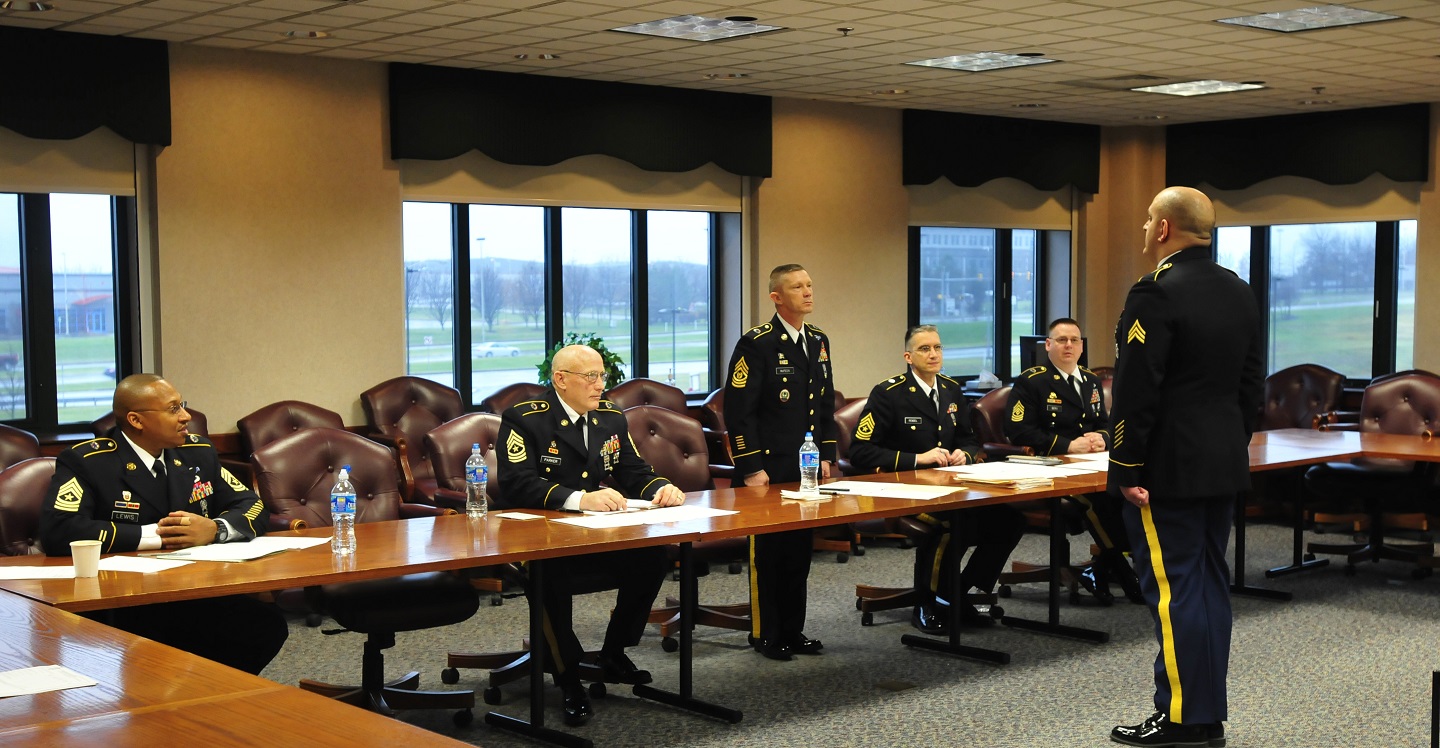 U.S. military culture revolves around the ‘cult of command.’

(In Part I of this two-part series, Hugh Harsono suggested the U.S. military loosen its “inflexibility” as to what it deems a “conflict domain” — and that the Department of Defense [DoD] also deepen its understanding of three specific emerging conflict domains: energy, telecommunications, and cyber. In this second installment, he tackles the DoD’s inflexibility regarding talent management and retention, as an impediment to success against China and other U.S. peer competitors.)

The Department of Defense’s (DoD) inflexibility in both talent management and retention will allow the People’s Republic of China (PRC) to “win” its short-term strategic “battle” against the United States. Emerging conflict domains and new career fields such as cyber operations compel the U.S. Armed Forces to recruit and retain ‘the best and the brightest.’ But how can they incentivize civilians to join the ranks or to keep current service members in them? The answer is simply that the U.S. military cannot, at least not without first loosening up at least three sources of inflexibility in its current staffing regimen: the cult of command, the lack of performance-based incentives, and the time- versus merit-based seniority system.

U.S. military culture revolves around the “cult of command.” Whether at the fleet, division, wing, squadron, battalion, or platoon level, a specific military unit’s whims are guided by that specific unit’s commander. This creates a culture in which command positions are typically reserved for the perceived top performers. While this notion is important in terms of military decision-making, the cult of command stifles innovation, as career military personnel chase command positions in hopes of promotion. The cult of command further restricts innovation because force-enhancing opportunities are typically reserved for individuals deemed “worthy” of command. Opportunities such as Training with Industry benefit talented officers; however, exploiting their experiences to DoD’s benefit often falls short. More often than not, these individuals are already considered top performers, and they will continue getting slated for command positions. This negates opportunities to utilize and implement the lessons they learned from such programs. The cult of command is detrimental for the whole of DoD, because it keeps career-minded individuals focused on “check the block” assignments, in order to avoid the chopping block of the military’s ‘up-or-out’ promotion system.

Poor management and promotion-path inflexibility bungle respective talent recruitment and retention in the U.S. military. Such incompetence may cause the military to lose its strategic “battle” against China or other peer competitors in the short-term. Effective competition with the PRC in particular demands that the U.S. Armed Forces revamp their recruitment and retention outlooks, policies, and procedures.

A mechanistic production-line mentality across the DoD prompts each service to specify career timelines and benchmarks that its members must typically meet, to get promoted in their fields. These assembly lines then conform individuals to “mandatory” assignments and professional military education, rather than freeing their “unique skills, experiences, and behaviors” for the military’s strategic or technical benefit, as described by the U.S. Army Regional Cyber Center’s Thomas Trent. Such check-the-block thinking often frustrates top performers, incentivizing them to head into the private sector. Reforming talent management inflexibility is critical if the U.S. Armed Forces want to compete and win against the PRC in the long-term.

The lack of performance-based incentives is another issue of contention that demonstrates the U.S. military’s inflexibility in talent management. While the military does incentivize special skills or duties with extra pay (e.g., hazardous duty, parachute duty, flying duty, etc.), it does little to incentivize actual individual performance. Promotion timelines are often standardized across the DoD enterprise, with specific time-in-service and time-in-rank requirements, which each individual must meet to get promoted. Specialized skills beneficial to emerging conflict domains are historically ignored in favor of traditional military ones. This effectively forces out capable and much-needed uniformed personnel. This is particularly true in the junior officer and enlisted ranks, where high-performing peers get promoted at the same time as their average and low-performing ones, based solely on career progression timelines. According to Brigadier General Mark C. Arnold, the former commander of the Army Reserve’s 100th Training Division at Fort Knox, Kentucky, such a system rewards “compliance, not performance or innovation,” as he stated in Armed Forces Journal. This kills individuals’ incentive to perform effectively, knowing that numbers drive the military rather than talent. Top performers wither away, remaining “on-track” with their cohort-based timelines, while their civilian peers get performance-based promotions and bonuses instead. The military’s mentality will drain talent, not grow it, in its competition with the PRC.

Time-based seniority is a specific flaw that must be addressed in order to allow for force progression as a whole, across the DoD.

Time-based seniority is another flaw in the system that allows specific insight into the U.S. military’s talent management inflexibility. Military organizations are large, with strong bureaucracies; thus, a hierarchy is necessary. Unfortunately, such ordering often results in the enforcement of time-based seniority, which can suffocate the ideas, creativity, and energy of young potential leaders. Leaders get positions based on timing, as opposed to holistic evaluations of their fitness for jobs. At times, this system empowers toxic leaders who thrive in the military’s single-minded environment of micromanagement, which destroys trust. Time-based seniority is a specific flaw that must be addressed in order to allow for force progression as a whole, across the DoD.

There have been a myriad of solutions offered to address the vast talent management problems of the U.S. Armed Forces. Some fixes include: eliminating the military’s up-or-out promotion system, offering monetary incentives for performance, and supporting nontraditional career paths. The military understands it must evolve and change the way things have “always been done.” Some progress is being made. It includes the Army’s mandatory psychological evaluations for potential battalion commanders and the Air Force’s continuing overhaul of its enlisted promotion system. Military leaders must emphasize and support such efforts to change things for the better.

There is no shortage of issues plaguing the U.S. Armed Forces’ inflexibility in talent management. The cult of command, the lack of performance-based incentives, and time-based seniority are just some of the things that send critically needed leaders and specialists packing. Losing top performers, leaders, and specialists in critical fields amounts to a military “brain drain” for DoD. Such losses leave the military little chance of victory against the PRC in the short-term.

To increase U.S. influence and power in the long-term strategic “war” with external competitors like the PRC, the U.S. military must address inflexibilities that currently challenge it from within. It must expand its understanding not only of emerging conflict domains, but also its understanding of which people are needed to operate in those domains. Revamping the military’s talent management system will be vital to American military operations throughout the globe. However, getting the right people into the military will fall short without expanding their operational authorities and permissions in battle, to win against U.S. competitors — ones who do not appear to share Western, liberal values.

Though the United States’ inherent values such as its emphases on human rights, democracy, individual freedom, protection of intellectual property, and others promote American soft power, such power may not be enough to win a long-term, strategic fight against the PRC or others. Therefore, the United States must authorize and permit an expansion of U.S. rules of engagement. This could allow for tactics and operations that may cross or mix various instruments of power and blur the lines between civilian and military actions.

The 2018’s National Defense Strategy already hints at efforts to change the status quo, but conceptual and organizational overhauls will require greater stakeholder involvement from military leaders, politicians, and the public alike. The PRC now holds the strategic advantage and will “win” the “battle” against the United States in the short-term. Right now, there’s still time for America’s leaders and its military to eliminate past inflexibilities, admit present vulnerabilities, and expand future possibilities — if it chooses to. Doing so will help it “win” its long “war” with China.