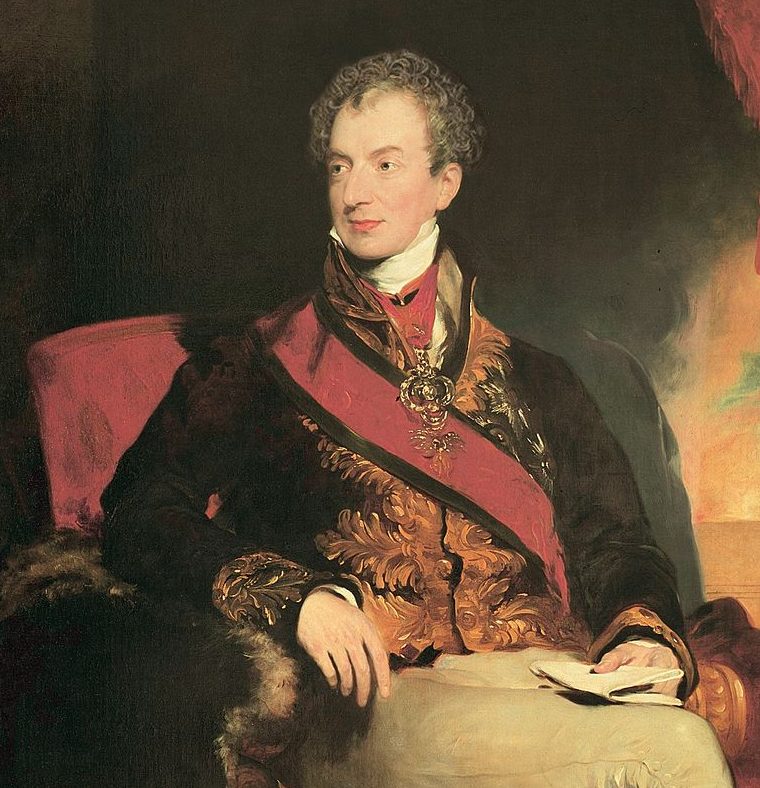 Gaming is a useful method for educating Army strategists. … Command and General Staff College [has] already started to use simple gaming in their instruction.

Would it surprise you that Monopoly can help teach accounting principles? Or that chess players build their critical thinking and strategy skills? Games are known to be useful as educational tools to supplement educational programs. They can help develop skills and knowledge in engaging and fun ways. And when the subjects are military strategy and diplomacy, games can help professional military students grasp concepts that are otherwise very difficult to teach.

The U.S. Army’s Basic Strategic Arts Program (BSAP) teaches tactical- and operational-level officers to be grand strategists of war and policy. To do so, the program uses a low-tech but powerful approach to developing the strategic perspectives of its Army Strategists: a commercial board game called Diplomacy. Playing it develops students’ abilities to formulate and evaluate strategy, and it refines their negotiation skills. Mastering these attributes is critical to their success as they go to lead Army and Joint staff planning teams.

BSAP is a 16-week course taught at the Center for Strategic Leadership, at the U.S. Army War College, and it serves as the qualification course for Army strategists (Functional Area 59 officers). The program introduces strategists to the unique skills required by those who serve on general and flag officer-level staffs.

Senior leaders expect newly-minted strategists to possess at least two critical skills. The first is strategic assessment. This includes testing a strategy’s potential for success, evaluating its performance over time, and generating alternatives if it fails. The second skill is an ability to negotiate. Strategists may lead multifunctional planning groups immediately upon assignment to a command. This requires bringing together a wide array of staff specialists, inter-agency members, and even multinational partners to solve ill-defined problems. Leading effectively in these situations requires tact, and interpersonal skills and influence, instead of traditional senior-to-subordinate directive authority.

To teach negotiation skills, the BSAP faculty looked for a teaching tool which went beyond the well-worn methods of assigned readings and briefings, and toward a more hands-on instructional approach. It found a solution in Diplomacy, a board game.

Diplomacy focuses on territorial expansion and sea control, through which player states assert dominance over an entire map. Students in teams play as one of seven European countries: England, France, Germany, Turkey, Austria, Russia, and Italy. The object of the game is to control a majority of the resource centers found across the game’s map board. Players must maneuver army and fleet icons to secure these centers. Having them allows players to build more fleets and armies in later turns. Additional military units allow the players to capture more resource centers, defend the ones they already have, and to grow in power relative to other players.

The challenge in the game is that no one country starts with enough military strength to win anything on its own. Here is where the name of the game makes sense: prior to any unit movements on the map board, players can choose to engage in diplomatic negotiations or form alliances with other countries. In this phase, they may seek to team-up, even if temporarily, to achieve mutually-beneficial goals. The only way an attacking country can wrest control of any asset from a defender is by having a higher force ratio than the opponent. Most countries start with three units (Russia gets four); however, no one country can succeed with its units alone.

To advance, players make non-binding verbal agreements with one another. As in other games with the option of alliance formation (Risk, for example), these promises may be – and often are – broken later in the game. For instance, Austria may agree with Russia to support a combined military effort, but then may not commit its forces after all. In another case, Austria and Russia may agree to a non-aggression pact, but then Austria may attack Russia on the following turn, regardless.

The only binding game action is the orders step which follows the diplomatic discussion turn. Here, players write directions for their fleets and armies to execute, such as move, defend terrain, or support another unit. Those actions may accord with a prior verbal agreement or not. Once submitted, the game facilitator announces the orders, adjusts units’ locations, and resolves combat situations.

At this point comes the most interesting and perhaps most revealing aspect of Diplomacy. Consider the Austria-Russia example described earlier. Austria may commit verbally to support Russia. However, in its written order, Austria may support Turkey instead. Russia will discover Austria’s betrayal only after the adjudicator reveals the orders. But in fact, Austria may have received a better deal from Turkey, so it chose a different approach from the one which it promised Russia. Players learn that developing trust, negotiating mutual support, and evaluating competing interests are just as critical to deft gameplay as they are to the effective leadership of planning teams in the force.

BSAP uses Diplomacy in two phases over the first half of the course. The first phase takes a methodical approach to introducing the game’s mechanics. Although Diplomacy enjoys a decades-long history, it is unfamiliar to most BSAP students – few know the rules and fewer still are active players. Fortunately, the rules are simple and the game is easy to learn. Following a turn-a-week familiarization, students take on a full day exercise in the second phase of the course.

The full day of game-play requires students to formulate, execute, and assess their own national-level military strategies. To prepare, students receive two documents: a scenario and a country-specific policy goal list. The first scenario, based loosely on pre-First World War Europe, provides a brief setting for each country, its general interests, and its historical tensions with others. This document provides a common frame of reference when going into negotiations and in setting potential wartime aims. Students do not share the country-specific document.

Senior leaders expect newly-minted strategists to possess at least two critical skills. The first is strategic assessment. … The second skill is an ability to negotiate.

Policy goals mimic the civil-military dialogue between a head of state and a military commander. Goals may align to national interests from the common scenario or diverge slightly. Some are well-defined, such as executing a “march on Vienna,” or broad, such as “maintain access to the Mediterranean Sea.” Students take these goals, compare them to the vital, important, and peripheral interests implied in the scenario, and then craft their written strategies to achieve them. They lay out their strategies over five years, the equivalent of 10 game turns.

On game day, the teams play using the same rules, game mechanics, and negotiations as were introduced during the first, tutorial phase. This time, however, the goal of the game is not to capture a majority of resources, but to achieve specific policy objectives through the strategies which the students developed. Given that resource centers allow countries to build more armies and fleets, securing them is no longer the strategic end of the game, but the means to a political end. Armed with their own strategies, BSAP students execute them in real time against thinking and reacting opponents.

As a result of these game rounds, students realize several lessons over the course of a few hours of play. The first lesson is the game’s dependence on the human dimension, revealed through imperfect negotiations and their unexpected outcomes. These lay bare each strategy’s quality. A rigidly-defined strategy based on too many false assumptions may crumble after a few moves that did not go to plan. A vaguely-defined strategy, likewise, may accomplish very little over the course of the game. Dealing firsthand with alliance formation and shifting priorities offers glimpses into the struggles that strategic leaders face in balancing national and international interests. These insights buttress course subjects which the students examine throughout the program, to include: strategic theory, strategic art, and national security decision-making.

Second, students experience the difference between pre-war expectations and wartime realities. They may accomplish little of what they intended to or may experience ‘catastrophic successes’ which lead to unforeseen problems. In either case, strategic reassessments are sometimes warranted. For instance, although England may have sought to leverage its relative maritime dominance to protect its trade routes, a few poorly-executed naval battles may sink the fleets it needed to do so. Austria may see Turkey as a natural adversary, but the latter may turn out to be a staunch ally. A fast move, to annex a specific territory along a line of operation, may provide a short-term win and yet leave a country’s domestic base vulnerable.

Third, Diplomacy’s negotiation feature encourages students to offer compelling, logical arguments, pick up on nonverbal cues, and build professional networks in the diplomatic discussion step of the game. Student teams that underperform in this aspect invariably underperform in the game as well. However, this experience allows students to realize their gaps in negotiating ability, build on and test new skills, and to use what they learn from the game to perform more effectively in real situations.

Finally, while BSAP focuses this exercise on evaluating strategy and improving negotiation as its two main learning outcomes, several other strategic insights come out of the process. The most compelling of these include:

The Value of Coalition Warfare. No Diplomacy player is successful without working cooperatively with another country, at least temporarily. Students draw on themes they learned in studying the coalitions formed in the Peloponnesian Wars, the two World Wars, and in others up to the present day. Between the game and the historical case studies used, students gain a deeper appreciation of the art necessary to create and maintain international partnerships throughout conflicts. They also see the potential for a war’s character to shift along with the changing interests among coalition participants.

Commitment of National Resources. Students have to make hard choices on where to place newly-mobilized units in the game, as a representation of national resources. This brings to light acquisition and force posture challenges. There is no going back once a nation commits to building a new army or fleet. A clutch decision made to stave off disaster today may leave the students struggling to defend themselves in the years to come.

The Role of Technology. Naturally, players postulate what may be possible on the map, by applying air power or nuclear weapons to the original game’s mechanics. The game’s time period begins in 1901, two years before the Wright Brothers’ first flight, and decades before the Trinity nuclear test. However, players realize that applying these technologies may speed force projection and escalation. They may expand the game’s complexity in terms of additional weapons at hand or with other variables which could affect their opponents’ decision-making.

BSAP will continue to use Diplomacy in the course curriculum, as a practical application of strategic concepts being studied. Future classes may see a more contemporary game map aligned to one (or all) of the competitive regions named in the 2018 National Defense Strategy, such as the Indo-Pacific region, Europe, or the Middle East. Other iterations may seek to employ an economic component too, as an element of national power.

Regardless of any future modifications to the program, its persistent theme is that gaming is a useful method for educating Army strategists, and also possibly an even broader audience. Other Army schools, such as the Command and General Staff College, have already started to use simple gaming in their instruction. Diplomacy’s open-endedness and minimal rule sets offer enough flexibility for it to serve as a tool in any number of curricula across the military’s mid-grade staff and senior service colleges. With a bit of imagination and an emphasis on realistic objectives, playing at strategy could very well help military planners win at wars.