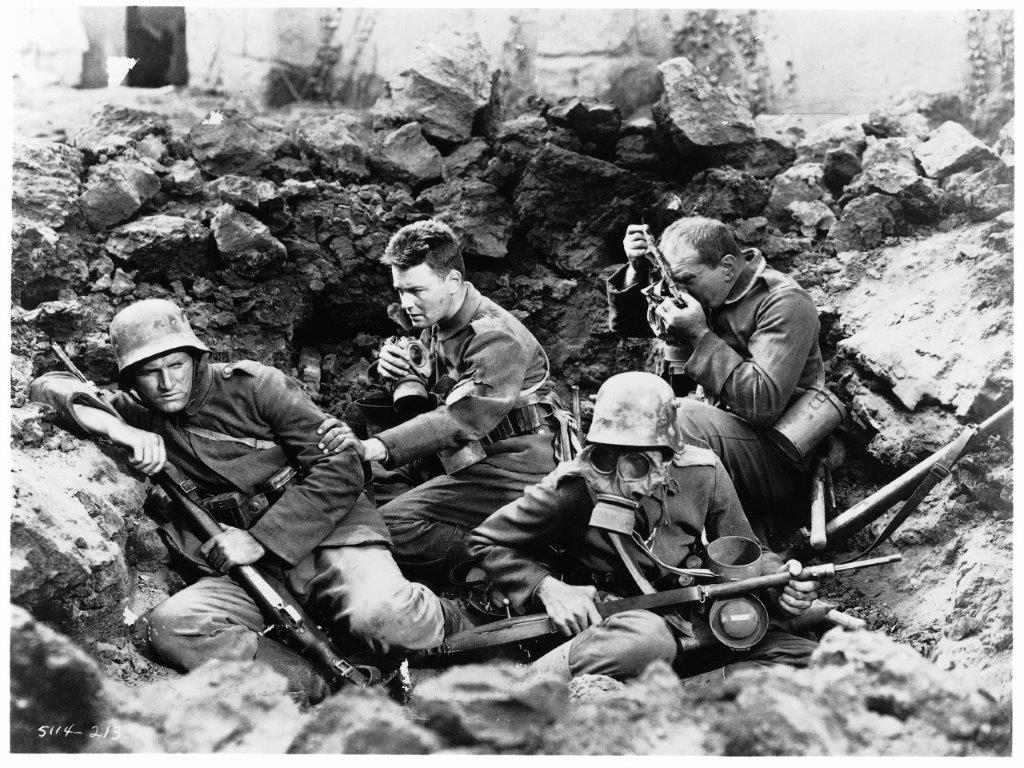 As Mark Gagnon and Jacqueline E. Whitt show in this presentation, there are many ways that films can be used in professional military education. From learning about strategic decisions and their impacts to broadening the world views and perspectives, films help viewers visualize the dynamics and complexity of strategic environments better than other media. For example, the U.S. Army War College’s Strategic Art Film Program provides a terrific forum for students and faculty to view a film and discuss both its context and lessons learned for today’s military. Also on WAR ROOM is an article about the classic film Tunes of Glory, an example of such a film with important insights and lessons for today’s leaders.

Image: Still from All’s Quiet on the Western Front, an anti-war film from 1930 that won the Academy Awards for Outstanding Production and Best Director (Lewis Milestone). Film is now in the public domain.