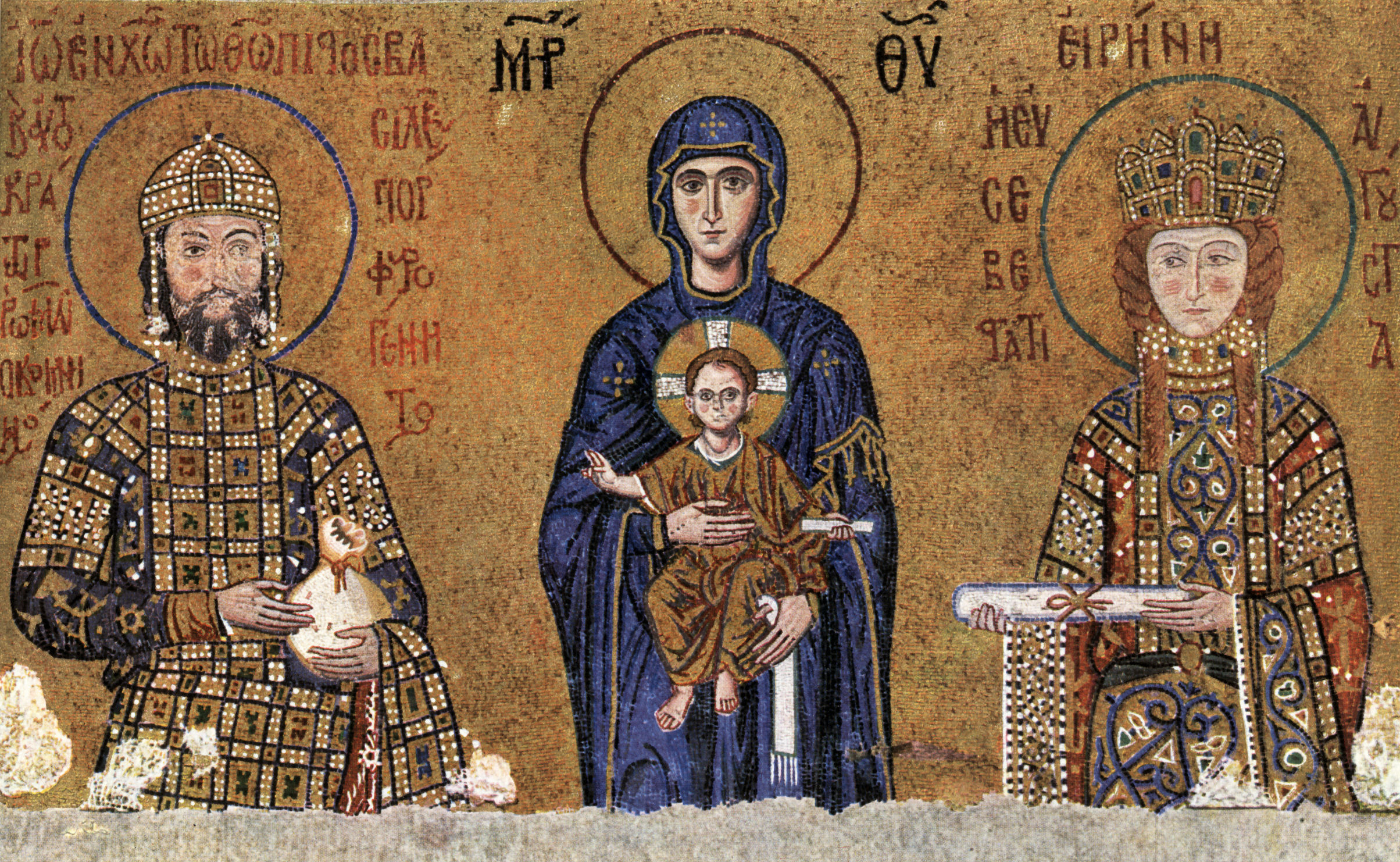 The U.S. can do worse than emulate the strategy of an empire that survived for a thousand years.

The Roman Empire was the longest-lasting empire in world history, enduring more than fourteen centuries. Throughout its republican and imperial history, Rome relied heavily on military power, using conquest to expand the empire. As Luttwak observes in Grand Strategy of the Roman Empire (epilogue), the legion was the basic tactical unit of the Roman army that fought “over both enemies and unreliable allies.” After the fall of the Western Roman Empire at the end of the fifth century, C.E., the Eastern Roman Byzantine Empire survived for an additional one-thousand years. Before finally succumbing to the Ottoman Turkish onslaught in 1453, Byzantium survived centuries of civil conflict, the Western Crusades, plague, the Christian schism, the rise of Muslim Caliphates under Mohammed’s successors, the ravages of the Mongols and other invaders of the Middle Ages, and numerous other challenges from both the east and the west. That it endured for so long amidst so much turmoil attests to a combination of good fortune and effective strategy. While we cannot learn much from luck, Byzantine strategy is instructive. Indeed, the United States’ current approach has much in common with the grand strategy of Byzantium.

Much of the U.S.’ Cold War strategy echoed the principles of Byzantine strategy. For example, the United States maintained its global position thanks to a combination of economic and military strength, as well as to a commitment to robust international institutions, to include: the United Nations; the system of economic institutions established at Bretton Woods; and the partnerships and alliances which America joined, such as the North Atlantic Treaty Organization (NATO).

However, for the first two decades of the post-Cold War era, the United States eschewed many of these principles, actively engaging in numerous conflicts — sometimes unilaterally, sometimes with allies. From 1991 to 2008, the “world that America made” was driven along its course by the same fundamentals which had once also guided the Western Roman Empire to preeminence: wealth, military power, science and innovation, and the arts. Yet, in the past decade, America has changed its strategic direction.

Between 2006-2008, the confluence of an expensive and inconclusive foreign war and an even more expensive financial crisis put the U.S. Democratic Party in power, in both the executive and legislative branches. It also led to a radical revolution within the Republican Party. Such catalysts significantly changed the U.S.’ international strategy, starting with the Obama administration and continuing into the Trump administration, albeit with different manifestations.

Since 2008, both the United States and the global economic situation have changed. The Bretton Woods system is in bad repair, despite several U.S-led attempts to rebalance the ways and means of maintaining it. As Robert J. Gordon observes in his book, The Rise and Fall of American Growth, there is always a chance that the “long-run [of] American economic growth [may slow] to a crawl,” and may put U.S. power at risk. U.S. financial constraints and debt have already forced the Department of Defense (DoD) to cut defense budgets, reduce military capabilities, and to foster innovation. Growth through innovation is one of America’s primary goals, in fact. Due to the bottlenecks caused by fiscal realities, the United States has started relying more on smart power, by combining and blurring DoD ‘hard power’ militancy with Department of State (DoS) ‘soft power’ diplomacy. In practice, the current U.S. strategy mimics the Byzantines’ in a number of ways:

Although the 2003 invasion of Iraq stands as a powerful counter-example to this principle, it is in many ways the exception that proves the rule. Presidents Obama and Trump both repeatedly expressed their concerns about foreign military interventions and considered the Iraq War to be a terrible mistake.

With the exception of counter-terrorism operations, avoidance of significant involvement in active military operations overseas now seems to be a fundamental principle of U.S. international engagement. The United States followed this premise during the Syrian crisis in 2012-2013, when it avoided a direct military intervention against the Assad regime. The partial destruction of Syria’s chemical weapons arsenal was achieved only after a diplomatic initiative involving Russia. More recently, the Trump administration attacked the Syrian regime’s chemical weapons infrastructure, while studiously avoiding military action which could engender risks of an accidental military collision with Russian forces in Syria.

Meanwhile, the hardened U.S. stance against North Korea’s nuclear weapons and missile programs — a position that has been reinforced by international sanctions — has given impetus to new negotiations between the two Koreas, as well as to additional rounds of U.S.-North Korean high-level talks.

The United States maintains one of the best and most extensive intelligence communities in the world. According to Glenn P. Hastedt’s book, American Foreign Policy, it provides U.S. leadership with “timely and accurate information about the activities, capabilities, plans, and intentions of foreign powers, organizations…persons and their agents.” Recently, the Trump administration tapped into those intelligence channels to arrange the first-ever summit between a sitting U.S. and North Korean leader. What’s more, he bypassed the conventional (DoS) foreign policymaking pipeline to do it.

The Byzantines relied on mobility and firepower and avoided direct, mass confrontations. They employed large formations to accomplish military objectives only when they had to. The Joint Chiefs’ Capstone Concept for Joint Operations: Joint Force 2020 mentions flexible, low-signature capabilities as one of eight key elements of globally-integrated military operations that the United States could use to counter threats and enhance its leadership role.

Little wonder, then, that special operations have become the new American way of war. The U.S. military’s involvement in Syria targeted Daesh, while the ground war was fought largely by local Kurdish proxies, assisted by U.S. Special Forces, air, and artillery support. In the last administration, President Obama agreed with his CIA Director to keep using attack drones in the counter-terrorism campaign. His successor is expanding that policy successfully in Niger and in regions where U.S. involvement in military operations is not common knowledge.

There is much more continuity in strategy between the Obama and Trump administrations than one may expect.

4. Maneuvering instead of Attrition

The U.S. military has aimed to replace attrition with maneuver ever since the development of the AirLand Battle doctrine in 1982. Since the debt crisis, it has reinforced its effort to develop maneuver warfare. The 2011 Joint Task Force operation Odyssey Dawn, in Libya, was an incentive for the United States to release a new, game-changing, “offset strategy” in 2014. It relies on advanced weapons systems that can be loosely compared to the Byzantines’ napalm-like Greek Fire, with its land and naval delivery systems. The new strategic framework includes the Joint Operational Access Concept (JOAC) and a cross-domain synergy which compares to the Byzantines’ theater campaign organization and coordination. It is based on mobility and maneuver through all domains, and sees U.S. stealth submarines — or even its fleet and marine expeditionary units — as being similar to the Byzantines’ dromon warships, which could land heavy assault troops right onto enemy-held beaches.

Diplomacy has long been a central part of foreign and national security policy. Partnerships and multinational coalitions help U.S. military forces execute globally-integrated operations. President Obama highlighted his aversion to free riders and put forward major trade treaties such as the TPP, in the international framework. He emphasized that common security includes self-help. America continues to play a major role in countering security threats such as nuclear or hybrid terrorism. It also leads global responses to transnational phenomena such as climate change, poverty, and pandemics. For example, the U.S. was a core contributor to the international response to the Ebola outbreak in Africa in 2014.

On the surface, the Trump administration appears to depart from the post-World War II traditions of American foreign policy. It has adopted a more confrontational – and often unpredictable – approach toward America’s traditional allies. His foreign policy sidelines traditional, DoS-based diplomacy, resulting in a significant increase in U.S. military diplomacy. Nevertheless, in practical terms, President Trump continues to rely on allies and partners. The U.S. has deployed more U.S. mechanized and armored forces back to European soil, to serve as tripwire deterrents against any Russian geopolitical ambitions involving NATO allies’ countries. Trump also undertook a significant military strike against Syria, in a joint operation with selected allies. On a purely diplomatic front, he has told foreign allies and partners that the United States may rejoin the Paris Climate Agreement and the Trans-Pacific Partnership, both of which he had earlier rejected.

6. Subverting rather than Confronting

The Byzantines subverted plots against them with ploys such as bribes or “gifts,” which presumably are still in use by some in today’s clandestine operations. The main U.S. instrument for subversion is information warfare operations. It offers unique capabilities to undermine, influence, disrupt, corrupt, or take over enemies’  operational or governing infrastructures. An example of such subversion was used in cyberspace operations against Iran’s nuclear program in 2010.

As Luttwak postulates, this principle demands patience in degrading the enemy’s morale and material strength. In 2013, the U.S. expanded economic sanctions on Iran by wisely targeting Iranian firms. America’s Western allies have also applied smarter ways of imposing and implementing sanctions on Russia, in response to its illegal annexation of Crimea in 2014. When the employment of non-military means fails, the United States employs its military instrument of power. An example of this is its previously-mentioned campaign against Daesh, involving air and special operations (to include enabling proxy forces), while avoiding the placement of massive numbers of its own boots on the ground.

Moreover, the strategy of the Byzantine Empire relied on the continuity and power of its institutions and their effective use by its emperors and their respective decision-making circles. An indispensable key to their grand strategy and decision-making – in a region which encompassed diverse ethnic and cultural groups within and outside the boundaries of their empire – involved the collection and exploitation of intelligence and a corresponding, realist use of diplomacy with long-term goals.

Likewise, the formulation of any U.S. grand strategy faces the challenge of collective decision-making within the U.S. government. The President can either maintain a collaborative relationship with Congress or he can act unilaterally, within certain constitutional limits, to establish a strategy. As Hastedt argues, the President “has many tools at his disposal, ranging from issuing executive orders and national security directives to setting up new organizations and redefining their responsibilities.”

There is much more continuity in strategy between the Obama and Trump administrations than one may expect. Like the Byzantines, both leaders have used all elements of America’s power to dissuade, deter, deflect, or convert enemies, recruit allies, or encourage enemies to fight one another. In order to maintain America’s leadership in the 21st Century, President Trump should continue to advance U.S. foreign and national security policy through the use of existing institutions and their respective soft- and hard-power tools. The U.S. can do worse than emulate the strategy of an empire that survived for a thousand years.

Photo: Image of the Hagia Sophia Virgin Irene, showing both the religious and military symbolism of the empire, from the Hagia Sophia mosque in Istanbul, Turkey. Image is public domain in the U.S.