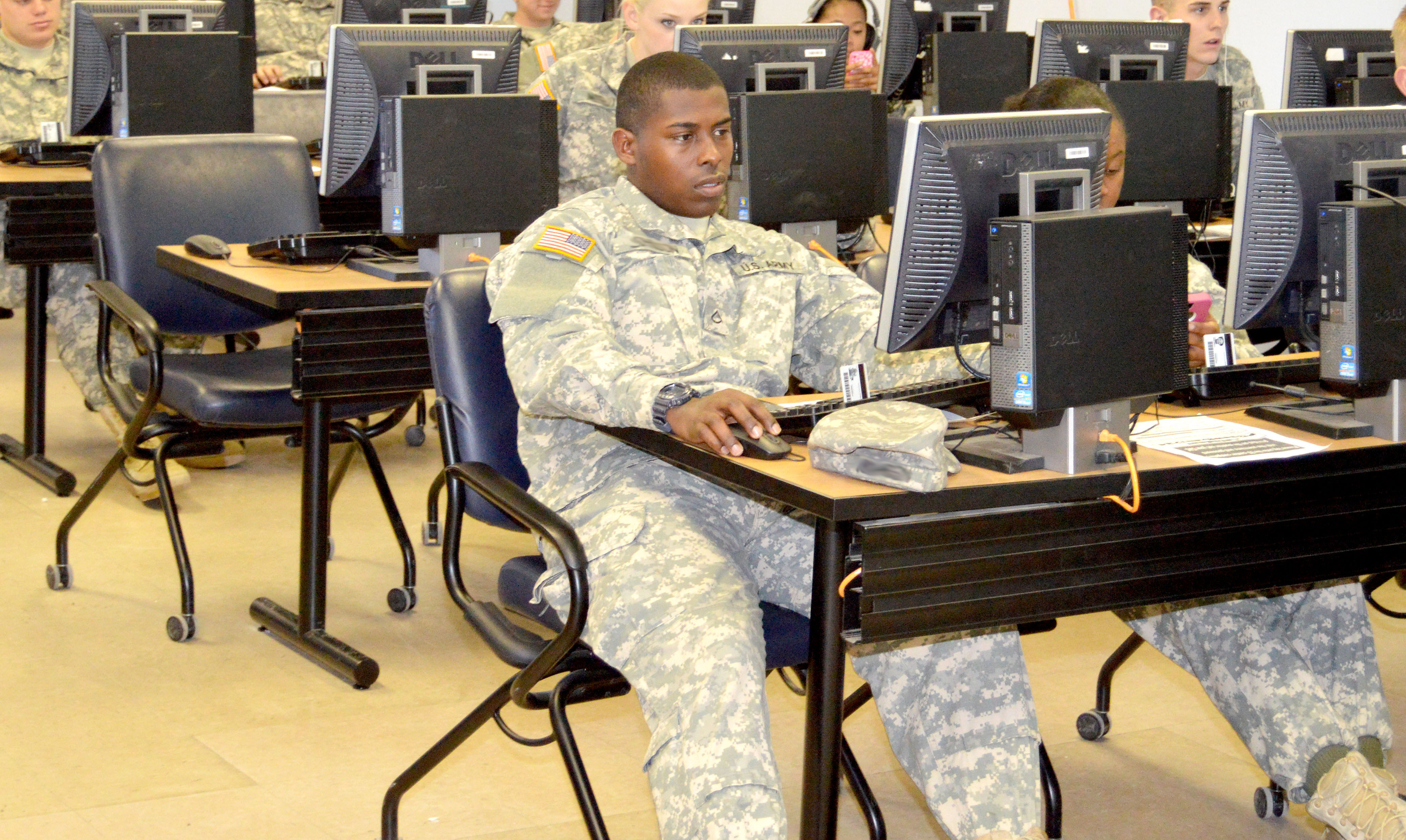 Money, time, and resources are not the only casualties of an organization drowning in mandatory administrative training.

We must make difficult choices and prioritize what is most important to field a lethal, resilient, and rapidly adapting Joint Force.  – 2018 National Defense Strategy

The above quote in a memorandum from Secretary Mattis, dated 21 July 2017, authorized the formation of a working group to make changes to military personnel policies to enable the departments to organize a more ready and lethal force. Among the policies under review are those pertaining to “requirements for mandatory force training that does not directly support core tasks.” This policy review reflects the spirit of President Donald Trump’s inaugural promise to remove two regulations for the addition of every one, an initiative aimed at reducing the ever-expanding bureaucratic burden placed on the U.S. Government.

The aforementioned working group should come as a breath of fresh air to most Army leaders, who continue to grapple with rising waves of mandatory “readiness” training inside their collective training cycles. Such requirements have expanded significantly in recent years, with no sign of slowing down. In addition to investing more heavily in people as opposed to systems, the Department of Defense could profit from asking three questions in its efforts to streamline personnel policies related to mandatory training.

Is the Supply of Training Catered to the Demands of the Organization?

To demonstrate the enormity of mandatory training requirements, here is a sampling of the most common administrative training programs and online certifications that U.S. Army service members might be required to complete as part of their annual readiness training:

About 10 of these are Department of the Army mandated, while the rest are subordinate-command directed. These classroom or online training programs apply to all service members in the major command which is directing the training. Smaller units and individual service members are not grouped into high-risk categories or assigned specific training based on the likelihood of its relevance to their situation, skill level, or performance history. While extensive, the above list is by no means comprehensive.

These programs are only a fraction of the annual or semi-annual requirements used to measure the readiness of individual soldiers and their units, and the military is struggling to keep up with them. In addition to these programs, the U.S. Army has what we might refer to as “hard” annual readiness metrics, such as medical, emergency data, life insurance, equipment issue, maintenance, and other administrative or logistical considerations that would have a measurably negative impact on a soldier’s ability to function effectively in combat, or on the U.S. Army’s ability to support a soldier’s family at home. Blanket, mandatory training – that is, not tailored to the demands of the unit or to the needs of the service member — could be minimized or eliminated by exploring a second question:

The implementation of these programs as mandatory readiness requirements may be a symptom of a larger disease: the breakdown of trust in subordinate leaders at a time when – according to a 2017 white paper from Army Chief of Staff General Mark A. Milley – the philosophy of Mission Command is most critical to leader development. If the future operating environment is anything like our senior leaders describe, we can expect a degree of battlefield rigor the likes of which we have not seen in modern wars. In such an environment, the Army cannot rely on PowerPoint briefs and mandatory online training to maintain a ready force, because computer and internet access are luxuries it might not have in future wars. The Army must instead rely on the abilities of its leaders in the field who know and care for their soldiers.

At least some of the requirements addressed in these programs were at one time not long ago the responsibility of the Army’s tactical leaders (for instance, avoiding fraternization, making sound life choices, and instilling general good order and discipline). Such responsibilities have now been drawn upward and, because of leaders’ real or perceived inabilities to enforce standards, responsibility for imparting them has been given to a sprawling, digitized bureaucratic system. The anatomy of this problem is up for debate, but the bottom line remains: in an effort to use systems to compensate for a leadership problem, the Army may have created a systems problem without correcting the leadership problem.

Many of the issues addressed in these mandatory training programs reiterate principles already present in the Army’s various creeds, values, oaths, and its ethos. Replacing the art of servant leadership with the science of systems that largely determine the value of leaders and their organizations through color-coded screenshots is imprudent. Unfortunately, the Army’s leaders are not paying attention. They have been conditioned to obsess over administrative rosters as metrics to gauge their performance as leaders, rather than gaining a deeper understanding of their soldiers and staff members as human beings. This preoccupation saps time that could be otherwise dedicated to molding truly exceptional leaders. General Milley’s white paper on the importance of character development drives this point home, and casts doubt on the role that repetitive system-centric online training plays in the character development framework. This leads us to our final query.

Is the Training Outcome Based?

What is the return on investment for the manpower, time, and other resources dedicated to completing, tracking, enforcing, and updating this ever-expanding mass of “readiness” requirements? In other words, as these programs have been implemented, has the Army observed quantifiable, positive effects that may be attributed directly to the training? If not, why are these systems still in place, if they have proven incapable of serving their intended purposes?

In 2009, the Army reported a then-record number of active duty suicides (310), giving rise to the Ask Care Escort (ACE) and Suicide Prevention programs. In 2012, after years of prevention training and the end of combat operations in Iraq, that number spiked to 349. Though high, these numbers are still below the civilian suicide rate per capita for males ages 17-60 (25 as opposed to the military’s 17.5 in 2012). There appears to be little correlation, much less causation, between suicide prevention training and lowered suicide rates. These patterns are not isolated to suicide.

The Army taught, coached, and mentored its current senior leaders without most of these systems. What, then, is the measurable return on investment?

Others attribute the tragic suicide rate to a toxic mixture of “stress, guns, and alcohol,” although each of these ingredients have coexisted in one way or another since the invention of the Chinese fire lance in the 10th century. To suggest that soldiers in the 19th or 20th centuries led less stressful lives, or had decreased access to firearms or alcohol, would be a losing argument. It seems the problem is mostly rooted in organizational culture – in other words, not likely to be solved with additional layers of mandatory training.

Money, time, and resources are not the only casualties of an organization drowning in mandatory, administrative, online training. According to the 2018 National Defense Strategy, Russia, China, North Korea, and Iran are ramping up their efforts to penetrate U.S. communications and information systems domestically and globally. Russia, in particular, has a penchant for targeting service members. While this takes place, the U.S. Military is expanding its requirements for soldiers to spend an increased amount of time following various links to online training sites.

The ubiquity of online certificate hunting has also exposed new vulnerabilities within the communications and information systems infrastructure. It appears as though nefarious characters are so aware of the military’s fascination with online training refreshers that they are now using them in their phishing scams. According to a 2018 U.S. Army Europe alert received by the author, these scams employ urgent SHARP training messages to direct users to fake web pages. The language in these messages even demonstrates an understanding of U.S. military terms and force structure, bolstering their apparent legitimacy. Soldiers desperate to keep their organization “in the green” regarding mandatory training readiness are all too eager to click these links.

Although the bane of mandatory training is certainly not new to the military, a generation ago many of these programs did not exist, yet the Army still marshaled, deployed, fought, and redeployed its forces. Moreover, the Army taught, coached, and mentored its current senior leaders without most of these systems. What, then, is the measurable return on investment for combat readiness and lethality as it relates to this training? It seems the Department of Defense is finally ready to ask that question, and to take seriously the answers it finds.

The most common argument in support of blanket mandatory training is this: even if the training may not apply to every service member, it is essential knowledge, because it allows leaders to better take care of soldiers. Excellent point. This is precisely why familiarity with these training programs should be centralized in blocks of instruction and in consolidated leader handbooks within professional military education. Once issued, the Army should hold leaders accountable by reinforcing the importance of the soldier-mentor relationship and by ensuring service members get the resources they need on a case-by-case basis. Ideally, command teams would have the liberty to expand or contract a customized readiness training program based on the unique needs of their organizations.

Familiarization with these programs should be highlighted in initial entry training and unit reception so recruits are aware of their existence and purposes. Commanders should ensure that informational pamphlets, reporting instructions, and point-of-contact lists are readily available throughout unit headquarters to allow service members to request additional information, or to take appropriate action. This would remove the need for most annual training, freeing up countless work hours which the Army can then reinvest in its soldiers, families, leaders, and warfighting capabilities.

Army senior leadership knows that change is needed. Secretary of the Army Dr. Mark Esper recently took a step in the right direction, introducing several reforms that both reduce requirements and give subordinate commanders more discretion in determining how to deliver mandatory training. The Army needs more of this kind of thinking to achieve the objectives outlined in Secretary Mattis’ memorandum and in the 2018 National Defense Strategy.

Mike Ferguson is a first lieutenant in the Army and is stationed in Brunnsum, Netherlands. The views expressed in this article are those of the author and do not necessarily reflect those of the U.S. Army War College, U.S. Army, or Department of Defense.