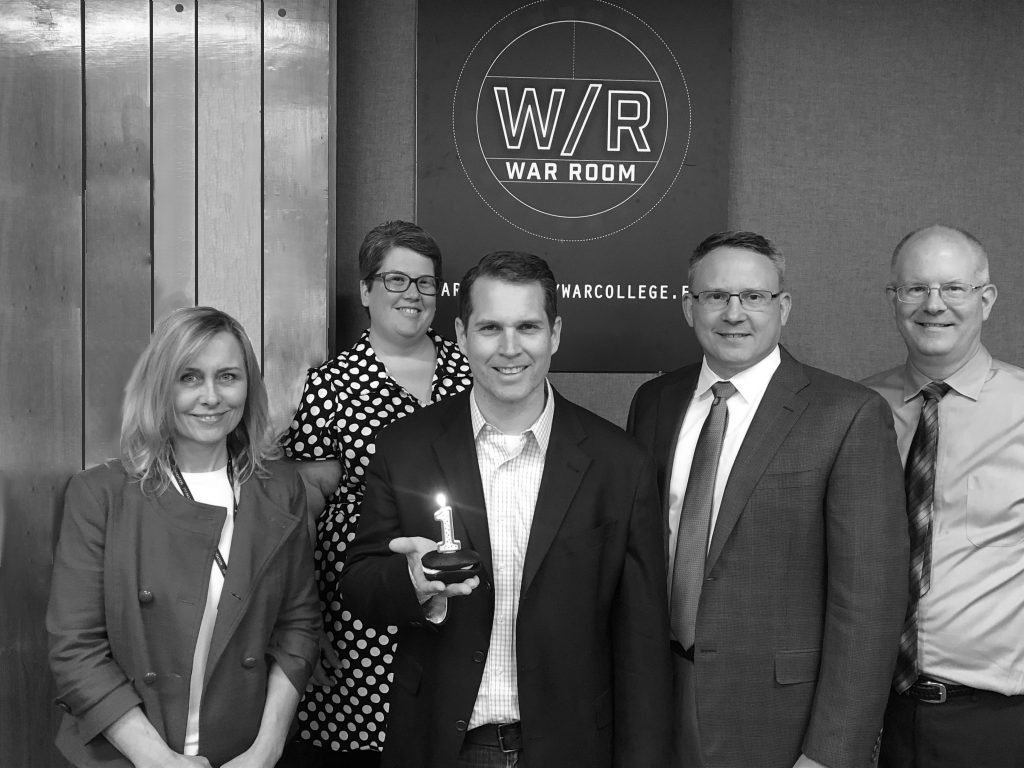 Sadly, historical events seem to require a round number of years to draw attention from the public, especially as first-hand memories of the event fade.

Isn’t it funny how a birthday, anniversary, or other milestone can make you reflect?

On the 1st of May, WAR ROOM turns one year old. Hard to believe how we have progressed from just a seed of an idea to a successful outlet for provocative and timely content from across the national security community. The year was not without its challenges. After all, like any one-year old, we have toddled about, bumped into difficulties, fallen down, and left the occasional mess. We’ve managed technological problems, figured out how to moderate comments, and scrambled behind the scenes to get everything posted on schedule.

But in marking our first anniversary, it seems like we accomplished a lot. Thus far, we posted nearly 120 articles and podcasts and have a healthy number of quality pieces waiting in the queue. Our readership has grown from dozens to hundreds and now numbers in the thousands. Lighting and then blowing out a celebratory candle allowed us to put aside all the difficulties and daily struggles, reminded us of how far we have come and what we have accomplished, and filled us with great pride.

So why don’t we do this more often? We seem to reserve such times for positive reflection only on anniversaries – and particular ones at that, like a 10th, 20th, and so on. The 70th anniversary of the D-Day invasion was commemorated by visits from many heads of state, and one can already sign up for tours of the upcoming 75th. The 71st, 72nd, and so on? It does not roll off the tongue as easily. Sadly, historical events seem to require a round number of years to draw attention from the public, especially as first-hand memories of the event fade.

It would appear that our fascination with anniversaries reflects both our limited capacity for remembering and our risk of forgetting. During the Cold War, large numbers of American servicemembers and their families were stationed in Europe, with World War II’s European battlefields, museums, and cemeteries just a short drive away. Participants on staff rides could walk the grounds—right alongside tourists and residents– from the landing sites on the beaches and hedgerows, the breakout and pursuit across France, the Battle of the Bulge, and entry into Germany through the Hürtgen Forest. Guides were armed with stacks of maps, the diaries of Eisenhower and other leaders, and the stories in richest details, and the actual terrain to illustrate the historical points.

Today, far fewer servicemembers are stationed in Europe, and since World War II American military history has kept on accruing new war experiences. Just for Americans–Korea, Vietnam, the Persian Gulf War, Iraq, Afghanistan, and the incredible number of interventions and stability operations in between all occupy the experiences and mental space devoted to the study of military history. Added to the growing distance from the experience itself is a pervasive sense that war itself is changing and that the large-scale conventional battles and campaigns of the Second World War may be a thing of the past.

So, landmark anniversaries represent opportunities to draw our attention away from the day-to-day and focus on a specific historical event. We can push aside memories of other conflicts, and remind ourselves of the unique, special, or important qualities of the event through books, movies, lectures, tours, and so on. Others in our commands and units may be talking about it, at least for a time until the anniversary passes.

Keeping important historical events from being oversimplified and relegated to sidebars on the pages of K-12 history books takes effort.

We should not allow such episodes to be so fleeting. The careful study of the past remains vitally important. First, reflecting on the past reminds us unequivocally of the human dimension of conflict. Far beyond simply recounting the sequence of events in late 1944 to early 1945, walking the ground in a staff ride can drive home timeless lessons about courage, resilience, strategy, pain and horror, contingency and the meaning of victory and defeat. We can understand how servicemembers—from the most junior private to the most senior field commander—and national political leaders dealt with the incredible complexities of war.

Historical reflection also allows us to explicitly place wars and other momentous events into proper historical context and to understand how a particular war or event shaped the environment that followed. Past WAR ROOM articles have, for example, discussed the American propensity to think in the short-term and disregard the deeper historical context driving other actors. If we forget 1940s France, we risk misremembering why the Cold War began the way it did. And why it ended as it did. And why our relationships with the former Soviet republics proceeded as they did. And so on.

Keeping important historical events from being oversimplified and relegated to sidebars on the pages of K-12 history books takes effort. And the energy required to remember increases with each passing year and the addition of more recent, and seemingly more salient, events. Thus, anniversaries of these events that are receding quickly from memory can grab our attention and offer us a prime opportunity to set aside time and energy to immerse ourselves in the past.

And so, we have retroactively instituted an “Anniversary” series with existing commemorative posts on a few events of import to the U.S. military. It includes our September 2017 series on the tenth anniversary of U.S. Africa Command, the January 2018 podcast discussing the 50th anniversary of the Tet Offensive, and the March 2018 releases on the 70th anniversary of the Treaty of Brussels. Future posts will explore similar landmark events–not only wars or battles, but other events that shaped the defense establishment. For example, later this year we will mark the 70th anniversary of Executive Order 9981 which ended segregation in the military, and will also commemorate the centennial anniversary of the armistice that ended the First World War. We promise these will be interesting and provocative looks at critical events in our military history.

We owe a big “thank you” to our readers and listeners as we look toward year two. And we look forward to seeing you follow us as we enter our second year as the online journal of the U.S. Army War College!

Tom Galvin is the Managing Editor of WAR ROOM. Jacqueline E. Whitt is the WAR ROOM Podcast Editor. The views expressed in this article do not necessarily reflect those of the U.S. Army War College, U.S. Army, or Department of Defense.