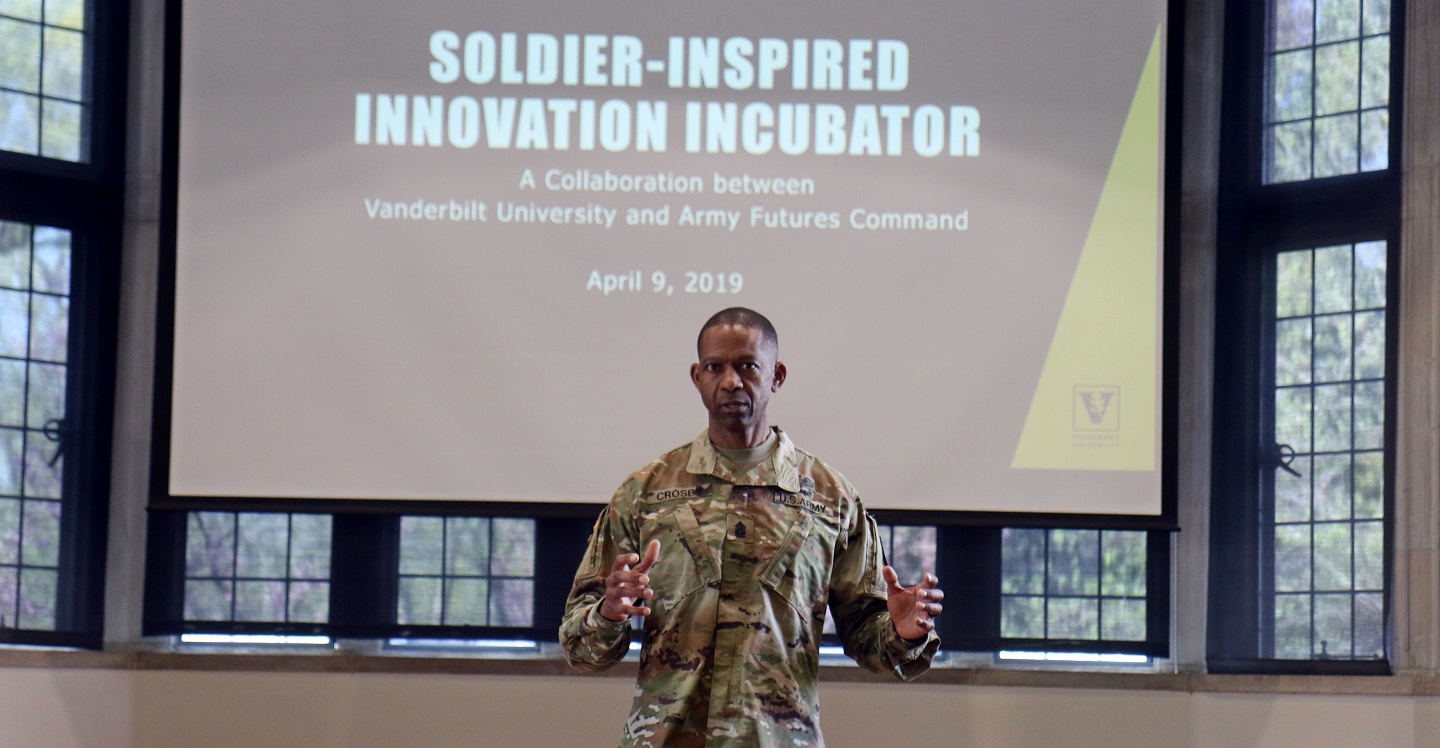 Leaders affect change at the individual, unit, and enterprise levels both in response to the external environment and internal pressures to build and sustain readiness for the next mission.

For years, a common theme in military doctrine and conventional wisdom has been that leaders must lead change. If sustaining competitive advantage in a complex and dynamic environment is a top priority, then “leading change” seems a simple and obvious enough charge for leaders. But, it is not so clear what leading change actually means. In Army doctrine alone, it has changed over time from focusing on influencing and developing individual soldiers, to aligning the enterprise with changes in society, to implementing processes of deliberate change, and, most recently, to taking advantage of opportunities as they arise.

In reality, leading change is all of these things. Leaders affect change at the individual, unit, and enterprise levels both in response to the external environment and internal pressures to build and sustain readiness for the next mission.

Or, do they? Have you ever been in a meeting where a perfectly good and justifiable idea was shot down because the raiser of said idea failed to bring a billpayer? Have you been involved in a major strategic planning effort that produced more beautiful PowerPoint slides than action?  Have you ever worked for a boss who put their heart and soul into positive change efforts over their tour, only to have the new boss dismiss or dismantle those efforts immediately? Have you ever been in a unit that created some sort of a campaign or change effort and made everyone memorize talking points distributed on dog tags or plastic cards so they got the messages and did not deviate from them when addressing other audiences?

When I was on active duty, serving in various high-level headquarters, I faced each of the above situations multiple times. ::shudder:: These did not take place among dysfunctional units (well, maybe except one, but that’s not important). Rather, they were performing adequately in their missions, dealing with difficult challenges and muddling along quite well. Yet I had a strong sense that if my leaders had better tools, stronger knowledge, and more experiences in leading change at their disposal, their efforts to improve their organizations would more likely succeed.

The trouble is, popular change management literature and related certification programs are rooted in one dominant idea –  top-down, monolithic, or planned approaches to change. A familiar and oft-cited model is Lewin’s original three-step change model of unfreezing, moving, and refreezing. The proliferation of tools based on Lewin each offer an attractive idea – a simple multi-step process to implement change. It is the change management version of the attractive, but misleading, “one-simple-trick [to lose weight, to start saving money, to change your life]” advertising campaigns. Formulae such as these have been included in professional military education programs and written into military doctrine (literally). In a complex world, these tools offer simple and readily teachable concepts. Follow the steps and change will happen! Ka-boom!

Except when it doesn’t. An oft-quoted figure from organizational scholar W. Warner Burke is that 70% of organizational change efforts fail. While some dispute the figure, the point is that there is no reason that anyone should accept a 30% success rate – perhaps ok for baseball, but not for military readiness. So, what’s the problem? Why do these prescriptions for change not work?

Put simply: the models are incomplete. Specifically, they are context-free. The steps, phases, or approaches built into these tools are designed to be adaptable, but they leave it for the user to do the adapting. An alternative view, presented in one of the classical works of management science, is presented by Andrew Pettigrew. He developed what is known as Pettigrew’s Triangle, a model of organizational change that showed how the processes of change, the content of the change (e.g., the change problem and range of solutions), and the internal and external contexts influence one another over time. In this view, the problem and its environment influence the sequence of steps to be employed, and vice versa. The model aligns well with what I (and many others) have learned from experience – that what worked yesterday might not work today, and what worked over there might not work over here.

Pettigrew’s Triangle also partly explains the dysfunctional vignettes from earlier in this article. In each case, the process dominated the content and context. If one does not properly define a problem and persuasively expresses its importance, the change agent’s message weakens and sounds to other like just another good idea to be summarily rejected. If one merely crafts a vision statement – meeting all the criteria for an allegedly good one – without putting together an appropriate concept or strategy, no amount of “slideology” will bring about action. If one does not build a leadership culture that favors continuity (which is different from complacency), the system will reward leaders who distinguish themselves from their predecessors. But the most prevalent problem surrounds communication. Rather than controlling the message, leaders have to engage with the people they lead, so they can put the message into practice and reinforce the change effort.

But some change efforts require bottom-up approaches, where responsibility is wholly pushed down to subordinates, with the higher headquarters monitoring and sharing best practices.

But solving these challenges means that we should expand our toolkit to allow students to address change problems with the appropriate tools. Efforts to do this are underway at the U.S. Army War College. Through a new elective offered to both resident and distance education classes of 2020, students employed experiential learning approaches such as workshops and reflective journal writing to work on change problems of their choice impacting large, complex military organizations. They conducted exercises in identifying the existence of a problem, diagnosing the causes in the organization, crafting both a vision statement and a concept for how the effort would proceed, constructing a basic architecture for the change plan, and finally laying out a plan to launch the effort. The course content was inspired by several works of management consulting, plus other theories of organizational change including treatments of complexity, the psychological challenge of transitions, and ambivalence.

The course also covered multiple models of change beyond one commonly used that follows a campaign metaphor – where the big change effort is divided into smaller ones (often called lines of effort, see here for an example) that ostensibly converge on achieving the vision. An example in the military is the DOTMLPF approach to developing and fielding capabilities. Using other motors of change from the literature, one can explore alternatives to organizing change based on the nature and context of the problem – ways that may be harder to present in neat, simple graphics. One example of this difficult kind of change is culture change, which can be very difficult to accomplish. However, the military has had to contend with several large-scale challenges that demand just such widespread cultural change, including combatting sexual harassment and assault, suicide prevention, fiscal stewardship, and all the human aspects of talent management.

But some change efforts require bottom-up approaches, where responsibility is wholly pushed down to subordinates, with the higher headquarters monitoring and sharing best practices. Students have tackled problems of this nature such as improving provision of family support programs, access to community medical resources, and talent management for special branches. These were problems where each installation or community of practice was different, and a top-down solution would not work effectively. Students needed tools aimed at developing a well-managed process for encouraging bottom-up experimentation and innovation to help fix the overall enterprise level issue.

The fourth approach is the negotiated form of change in which two groups with vastly different perspectives (e.g., conventional forces and special operations forces or military active and reserve components) synthesize a temporary solution to some common problem, until the solution ceases to work. In my experience, this work represents a common approach to change that senior leaders must undertake, for example in resolving routine tensions between joint and service perspectives when it comes to forming new joint organizations like combatant commands.

The elective also provided tools for tackling unique aspects of change that senior military leaders are likely to face. For example, how does a senior leader inherit a change effort from their predecessor? Tools include ways for the successor to assess whether that change effort should continue, be canceled, or modified. Another example, how does the senior leader terminate the effort? Tools include ways to assess whether the effort should be rebranded, divided, phased out, stopped in its tracks, or even reversed.

These and other tools are prepared in a monograph and workbook, both of which are living documents and are revised annually based on new lessons learned from teaching resident and distance students. But the majority of the learning comes not just from learning by doing but also the reflective journaling that allows students to take instructor and peer feedback and continue to refine and revise.

Today’s problems are (and actually always have been) very complex. It does not make sense that we continue to rely on overly simplistic tools and assume our budding leaders will be adequately prepared. Like in business, leading change in military organizations should be a core competency. This requires not only providing the right tools for the job but incorporating them in our professional military education programs and then promulgating that knowledge and experience throughout the force.