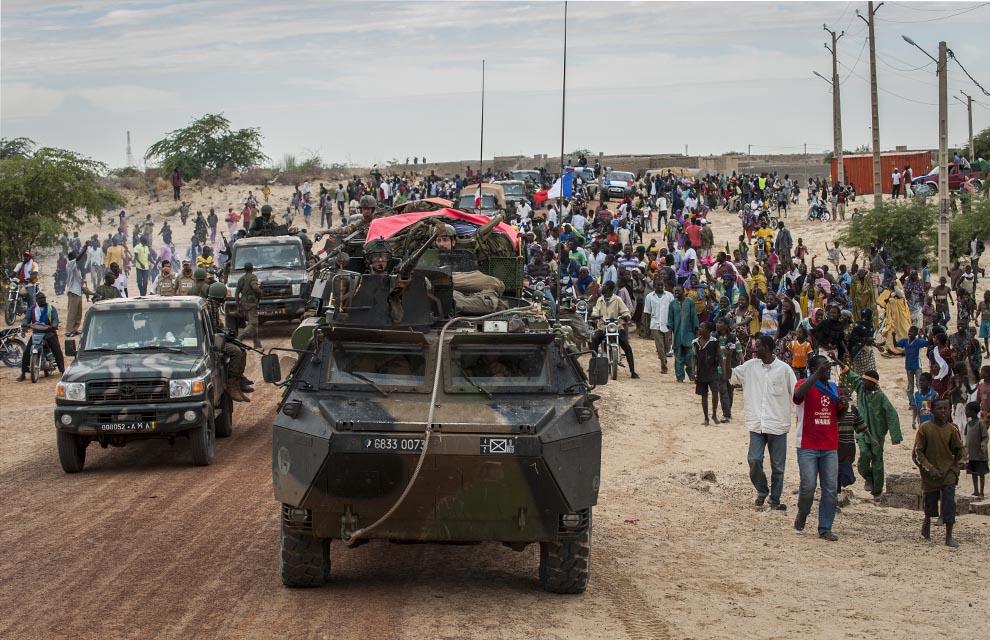 Democracies have the burden of legitimacy. They must prove that their actions are consistent with democratic values and international norms or be cast as pariahs.

Louis XIV engraved on his cannons “ultima ratio regum,” the last argument of the king. War is a costly and violent instrument of policy, yet an effective one if properly used. As such, theorists like Sun Tzu and Clausewitz spent their life reflecting on war. Sun Tzu said the art of war is of vital importance to a state, a matter of life and death. For Clausewitz war was the continuation of politics by other means. States, as sovereign entities, have exercised the monopoly of violence since the Treaty of Westphalia. Yet, the rise of non-state competitors in the arena of international security, the emergence of a new world order under the watchful eye of the United Nations (U.N.), a normative supranational organization, and the delegitimization prohibition of the use of force as a normal method to settle disagreements between states are shaking things up. Under those circumstances it is legitimate to question the utility of force. Therefore, under what circumstances should a nation employ military force?

Nations should employ military force to achieve their political objectives in consistency with the norms of the international community to a lower cost by comparison to the other elements of national power. The skillful combination of diplomacy, information and economics shape the environment to enable a legitimate use of force. The success of the use of military force depends on the alignment of ends, ways and means and the adjustment to the risk level. Operation Serval and the United Nations Multidimensional Integrated Stabilization Mission in Mali (MINUSMA) are two contemporaneous examples of a successful and an ineffective use of force.

OPERATION SERVAL: A SUCCESSFUL USE OF COERCIVE FORCE AGAINST THE CALIPHATE

In January 2013, the French president launched Operation Serval, a daring French-led military operation to liberate northern Mali from the grasp of Al Qaeda in Maghreb (AQIM) and its affiliates. On March 2012, following the military coup that ousted President Amadou Toumani Touré, AQIM established an Islamic caliphate under the rule of sharia in northern Mali, a geographic area about the size of Texas. In less than three months, joining speed and combined arms maneuver, the French, the Chadian, the Nigerien and the Malian forces successfully drove out the jihadist organizations from the major cities of Gao, Timbuktu and Menaka. General Bentégeat, the former French army chief of staff, complimented the commander of the French forces, General Barrera, in the preface of his book Operation Serval, for winning on the ground one of the toughest French military engagement since the French Algerian war. Operation Serval, was a legitimate use of military force used to protect French interests.

SERVAL: THE COMBINATION OF LEGITIMACY AND OPPORTUNITY

The second article of the United Nations Charter states that member states shall refrain in their international relations from the threat or use of force to settle their international disputes. Nevertheless, the French led intervention in Mali received the full support of the international community. The U.N. Resolution 2085 authorized the use of military force to restore peace in Mali. But that reason alone does not justify, at least morally, the fact that a colonial power sent an expeditionary force into a former colony. France protected itself from the argument of invasion by requesting a letter of military assistance from the Malian authorities. On January 10, 2013, the Malian president Diouncounda Traore wrote a letter to the French president to make his case against the Islamists groups in southern Mali. His argument was very powerful; he appealed to international customary law and international solidarity. He highlighted the beatings, amputations, recruitment of child combatants, killings, and the destruction of religious landmarks by the Islamist groups as well as the sexual abuses and looting by the separatist Tuareg rebels. The protection of the French uranium company, Areva, in Niger, the liberation of the hostages held by AQIM in the desert, and the protection of French nationals further justified the French initiative. Thus, Operation Serval is a splendid case of a successful use of force that combined legitimacy and opportunity.

According to Shurkin, a senior political analyst at the RAND Corporation, Operation Serval provides “a model for designing and operating an expeditionary force, one that has a number of attributes and competencies that United States Army Chief of Staff General Raymond Odierno [had] indicated to be requirements for the Army.”  On January 11, 2013, a few hours after, the French president François Hollande received a request for military assistance from the Malian president, the French Special Forces were actively engaging jihadists in the battle of Konna. During the following three weeks 6,000 French soldiers and 2000 Chadian soldiers poured into northern Mali. After three months of high tempo raids and air strikes, the French-led coalition retook all the major cities in northern Mali, except Kidal, and turned them over to the Malian forces. By fixing an achievable objective to the intervention (chasing out the Islamist group but not occupying the terrain), by deploying rapidly over 10,000 troops supported by air and intelligence assets to conduct counterterrorism operations, supported by the significant logistics of United States and European countries, and the diplomatic support of the African Union, Serval set itself up for success. The alignment of the ends, ways and means largely contributed the reduction of the risk, unlike the United Nations Multidimensional Integrated Stabilization Mission in Mali.

Naivety was the Achilles heel of the MINUSMA. … Planners mistakenly dismissed the phenomena of individualistic interests and war profiteering by assuming that the protagonists would wholeheartedly participate to the peace process.

MINUSMA: THE INUTILITY OF FORCE

The MINUSMA, the United Nations security mission which started three months after operation Serval, is an epic example of how not to use military force. Despite the deployment of 15,000 peacekeepers in Mali and the signature of a peace accord, the level of violence escalated dramatically. On February 2017, the Washington Post declared the MINUSMA the deadliest U.N. mission. 118 peacekeepers died over four years. The peacekeepers are taking casualties almost on a daily basis due to mines, ambushes or suicide attacks. The MINUSMA operates under the chapter seven of the U.N charter means that lethal force can only be used to maintain peace, self-defense or to protect the population. The jihadist organizations, well aware of the restraints in the peacekeepers’ rules of engagements adapted their courses of action. Either they blend within the population or sit out of reach to conduct asymmetric attacks on the mission. In fact, the jihadists even expanded their area of operations to the country’s center and to the south. In November 2015, AQIM and Almourabitoune, another jihadist organization established by Moktar Belmoktar when he emancipated himself from AQIM, claimed responsibility for the deadly attack of the luxurious Radisson hotel in Bamako that killed 21 people, mostly foreigners. In March 2016, a group of jihadists shot down 22 civilians at the Etoile du Sud hotel, a seaside resort in Ivory Coast. Thus, AQIM and Almourabitoune demonstrated their ability to conduct overarching operations not only in the Sahel but also in coastal sub-Saharan countries. The failure of the MINUSMA is due to the irreconcilable political objectives of stakeholders and the lack of situation awareness of the international peacekeeping mission.

Although France stopped the Islamist’s invasion towards the south, one of its key interests in the area remained the retrieval of the French hostages abducted by AQIM. For that reason, Paris was willing to cut deals with the leaders of the Tuareg rebellion. Alain Juppe, the French foreign affairs minister recognized that the MNLA was a credible interlocutor of France. MNLA’s ambition to create an independent Tuareg state between Mali, Niger and Algeria is a complete taboo for the neighboring countries. France urged the creation of an alliance between the Malian government and the MNLA to combat terrorists. The Malian government holds both AQIM and the MNLA responsible for the horrendous crimes that occurred in northern Mali during the occupation. As a matter of fact, finding common ground is now hardly possible.

A LACK OF SITUATION AWARENESS

Naivety was the Achilles heel of the MINUSMA. The international peacekeeping mission failed to acknowledge the connections between separatist fighters and jihadist fighters despite the fact that they joined forces to combat the government and coexisted peacefully for few months before a painful divorce in 2012. The connection between Abdelkrim Al Targui, Iyad, and the Intalla family are even more puzzling. Abdelkrim Al Targui, a Tuareg from the Ifoghas Tribe and a cousin of Iyad Ag Ghaly, was the leader of the AQIM’s Katiba Al Ansar. Iyad, himself, formed the jihadist movement Ansardine and directed the jihadist offensive on Konna in 2012. The Intalla family is the leadership of the Ifoghas Tribe and the historic center of gravity of all the Tuareg rebellions. Also, the MINUSMA planners mistakenly dismissed the phenomena of individualistic interests and war profiteering by assuming that the protagonists would wholeheartedly participate to the peace process and that the ‘blue helmets’ would conduct safe peacekeeping operations. At last, the decision to sign the peace accord without conducting a Disarmament Demobilization Reinsertion process (DDR) aggravated the level of insecurity in the region.

Like Clausewitz said, war is the continuation of politics by other means, Nations should select military force among the other element of national power when it serves best their interest. But that said, democracies have the burden of legitimacy. They must prove that their actions are consistent with democratic values and international norms or be cast as pariahs. Reputation image and prestige are important in international cooperation. Russia resorting to little green men and massive information operations in the process of annexing Crimea proves that image matters.

Yssouf Traore is a lieutenant colonel in the Malian Army. The views expressed in this article are those of the author and do not necessarily reflect those of the U.S. Army War College, U.S. Army, Malian Army, or the Department of Defense.

Photo:  French and Malian armies regained control of the city of Timbuktu during Operation SERVAL in January 2013.