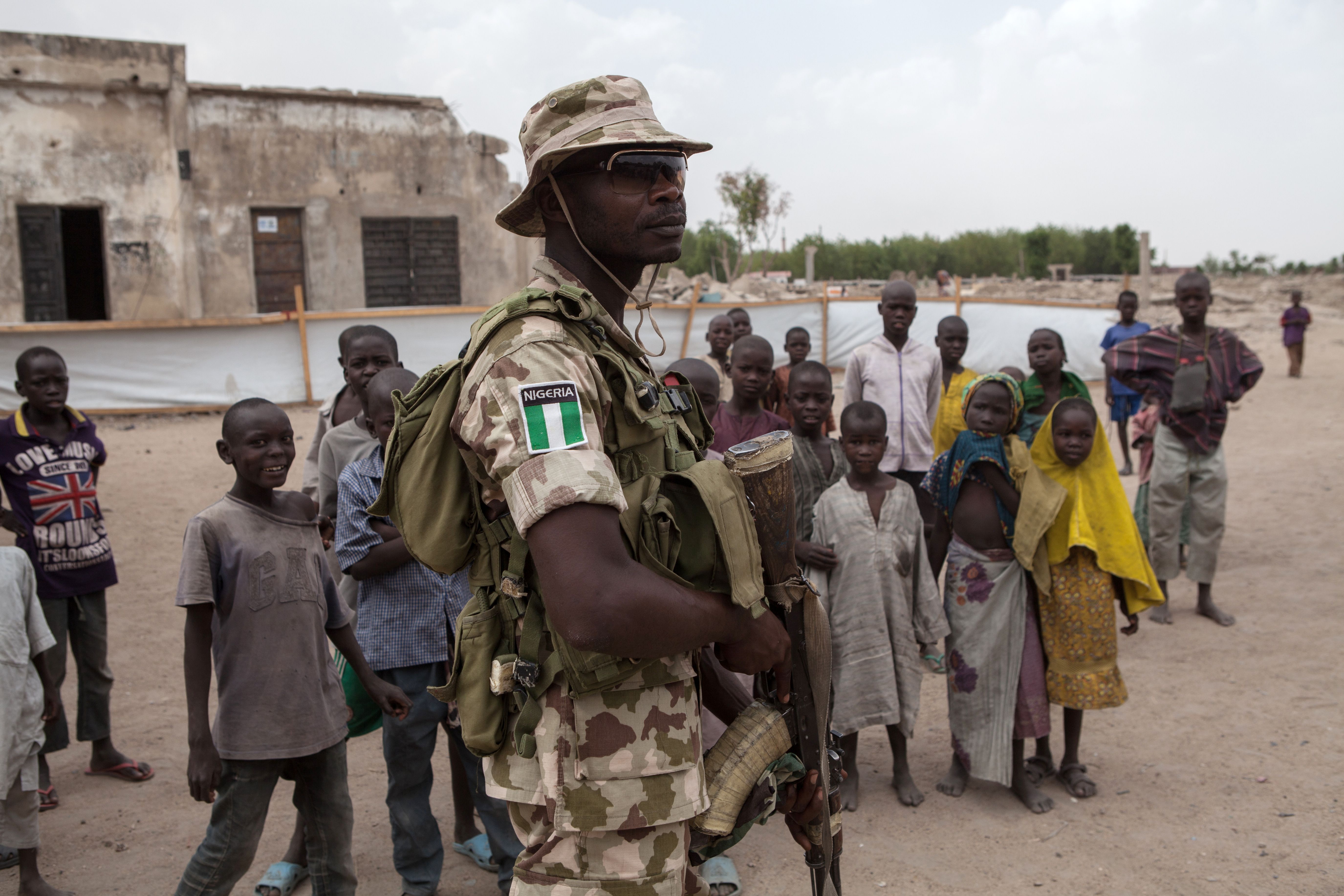 The global fight against violent extremism is not going well. A broad arc of increasing instability stretches from Central Asia, through the Middle East, and into the heart of Africa, and this instability is a source of increasing political violence in Europe and elsewhere. Years of American effort and substantial expenditures of human and financial resources have done little to contain this extremism (and may have made it worse).

The sheer scope of areas touched by extremist strife echoes the early Cold War. From 1947 to 1991, the vanguard of the communist proletariat created a series of brush-fire wars around the globe that sought to exhaust the free world, upend local authority, and create the space needed for alternative futures. Combating communism required that the United States apply a comprehensive and sustainable approach. This included cooperative and collective efforts to mitigate local conflicts, as well addressing the external catalysts (e.g., funding, expertise, and ideology) that inflamed those conflicts in the first place. The character of violent extremist organizations (VEOs) today requires an equally wide-ranging and patient response. Crucially, the U.S. needs a strategy that does not exhaust the nation.

The rise of Boko Haram exemplifies the pattern of extremism requiring a comprehensive response. The group gained international notoriety in early 2014 after kidnapping almost three hundred schoolgirls from Chibok, a mostly Christian village in Nigeria’s Borno State. Unfortunately, this act was only one part of a greater Boko Haram effort. Since 2009, it has waged a campaign of terror that killed, enslaved, or displaced thousands. Recently, the atrocities included a surge in the use of child suicide bombers. This pattern of violence surpasses that of ISIS, making Boko Haram the deadliest terror group in the world. The rampage also allowed the group to expand their influence over large areas in Nigeria’s northeast, devastating the Lake Chad Basin’s economy, causing around two million people to flee their homes and leaving millions more food-insecure.

Unfortunately, the U.S.’s approach is poorly suited to dealing with problems like Boko Haram. The recent pattern of expensive American military interventions with meager results stems from many factors, starting with overly optimistic and ethnocentric assessments of challenges, and a susceptibility to quick solutions that prove ineffective. Additionally, political progress is a key ingredient missing from recent efforts. Actions to create security through the constrained use of force are only viable if they include a complementary effort to advance state legitimacy. Large U.S. military efforts may actually detract from the rebuilding of social cohesion. For example, they may create the false belief that security can be achieved militarily, neglecting the pursuit of efforts to rebuild a social contract. A focus on military solutions may lead to the humiliation of the enemy, closing off avenues of conciliation by not allowing adversaries to “save face.” Additionally, expensive military interventions may create incentives to perpetuate the extensive external support provided by American forces.

A focus on military solutions undermines a broader strategy. Better approaches that preserve indigenous ownership of the problem, that demonstrate strategic patience and that align with efforts to produce political solutions are needed. USAFRICOM’s support to the Lake Chad Basin’s fight against Boko Haram presents a new conceptual model that better aligns with this era of persistent conflict. It departs from the recent pattern of U.S. engagements by focusing military support on a coherent strategy and in ways that enable partners to solve their own challenges.

In the shadow of Boko Haram’s devastation, a more sinister challenge is emerging. In early 2015, Boko Haram pledged its allegiance to ISIS, leading one of its factions to become ISIS-West Africa (ISIS-WA). The merger provides access to external financing and expertise, as well as leading the group toward implementing a more sophisticated insurgency strategy that seeks to win over local populations and to expand. In 2015, this campaign overflowed into the greater Lake Chad Basin, exceeding Nigeria’s military capabilities to contain the extremist groups. ISIS-WA also presents a threat to other fragile states in West Africa.

In the fall of 2015, the African Union (AU) responded by empowering a regional response through a Multi-National Joint Task Force (henceforth, “the Task Force”). The organization, composed of troops from Cameroon, Chad, Nigeria, and Niger, has a broad mandate that includes conducting security and stability operations, as well as to assist with regional humanitarian efforts. To date, the Task Force focused its efforts on coordinating military operations of the troop contributing countries around partner border regions, an effort that produced a unified front to attack Boko Haram.

AFRICOM added to these efforts, supporting the Task Force militarily through a Cell for Coordination and Liaison (CCL). The burden-sharing effort consists of a small team of French, American, and British advisors. The small scale and intense focus of the liaison team actively avoids the problem created by the excessive use of American or coalition manpower. Instead, the CCL focuses on enabling African forces with those aspects of external assistance that add value to the fight against ISIS-WA. This includes information sharing that helps the Task Force to understand the organization, capabilities and future intent of Boko Haram and ISIS-WA, as well as responding to partner requests for critical training and equipping needs.

Over the past year, the Task Force demonstrated its value. It organized two regional offensives that took back key villages and critical commerce routes from Boko Haram. These successes disrupt the terrorist group’s freedom of movement, access to sources of supply, and ability to exact tribute from trade flows. Additionally, the security effort produced an unprecedented level of collaboration in the region. The military forces of the troop contributing countries routinely coordinate combined operations, as well as traversing each other’s’ borders when needed to pursue enemy groups. Regional cooperation has proven to be a valuable component that maintains pressure on the extremist organization, as well as being an essential ingredient for future efforts to interdict external support streams. It is important to note that this level of host nation teamwork was never achieved in Iraq or Afghanistan. Additionally, the Task Force’s successes in the region sparked a push to create similar frameworks in other conflict areas in Africa, such as the Sahel.

Recognizing the role that fragile states play in both creating and solving the challenge of extremism should lead American support beyond the flawed belief that armed force alone can solve security challenges.

Notwithstanding this meaningful progress, several factors illustrate the persistent character of the challenge of ISIS-WA, as well as the need for both a patient and comprehensive response. First, military solutions alone are insufficient to produce security. The national armies in the Lake Chad Basin maintain superior force ratios and demonstrate effective prowess during direct engagements, but find it hard to find and engage with an elusive enemy. Just as in other theaters of operations, the disparate groups that compose Boko Haram easily avoid decisive engagements. They are able to disperse into the complex terrain of the region and into the population, living to fight another day.

Second, effective strategies must address the political issues that inspire many of these conflicts. In the northeastern state of Borno, grievances persist due to decades of “poor governance [and] elite delinquency.” Adding to this challenge, during the last quarter century Nigeria witnessed dramatic increases in economic growth, but this progress was uneven. The people of Borno were mostly left out and witnessed their State fall behind in education, employment and wealth creation compared to many other areas in Nigeria. A youth bulge and the macroeconomic disaster from the drying up of Lake Chad exacerbate the problem and further alienate the young from the state.

The persistent character of the challenge adds a third complicating factor: little can be done to significantly affect any of the drivers of instability in the short-term. The desire to address the local grievances that contribute to instability is laudable, but there are no quick solutions. Additionally, the phenomenon of violent extremism is not difficult to produce in this fragile environment. Through financial incentives, expertise and the promise of a better future, outside actors amplify local grievances. As important, this external catalyst is easy to sustain and may allow ISIS-WA to persevere for decades.

Finally, the political will of partners to work toward effective solutions is critical to achieving ultimate success. Resolving the dynamic problem that exists in the Lake Chad Basin requires indigenous governments to not only make a concerted drive to establish security, they must also find ways to bring the conflict to a conclusion. Their willingness to address the broad requirements of an effective strategy must also inform U.S. calculations.

AFRICOM is sensitive to these dynamics and is seeking to avoid recent pitfalls of military assistance in its efforts to contain Boko Haram and ISIS-WA. The CCL is not designed to be a panacea, but is part of a holistic strategy. As an interagency led Combatant Command, AFRICOM seeks ways to harmonize the capabilities of defense, development, and diplomacy and to apply them toward coherent political objectives that includes interagency and international efforts. In this regard, the assistance the CCL provides complements several other efforts. For example, it adds to existing U.S. bi-lateral Security Force Assistance that develops enduring partner capacity. This includes efforts to professionalize the security sectors in the region.

The liaison team also supports a broader international effort to move the Task Force beyond the current focus on security operations, such as by achieving its AU mandates to include stability operations and to assist humanitarian efforts. The CCL’s light footprint also helps to avoid a neo-colonial critique of U.S. or western efforts, while allowing a way to maintain pressure on the global extremist network and to contain its spread. Additionally, the small team approach is agile and responsive to a fluid conflict environment. Its manning levels can be scaled upwards and its support efforts repurposed based on demand signals from the field.

This ability to tailor assistance also helps to ensure that American efforts do not outpace partner political will to reestablish a social contract with threatened populations. The CCL construct aligns with the long-term character of the challenge of violent extremism, as well as the need for broad-based solutions to affect them. It circumvents the cycle of providing too much support to local governments that refuse to reform. Instead, external security assistance is designed to ensure that it does not overwhelm the Lake Chad Basin governments’ collective commitment to work toward solutions. Additionally, the approach allows the United States to adjust its support levels, such as rewarding those partners that more effectively engage in efforts to produce better governance solutions.

Combating violent extremism is a worthwhile effort, but to be effective it will require the U.S. to adapt and this innovation must focus on identifying, developing, and scaling more efficient approaches. AFRICOM’s support to the Lake Chad Basin offers a model that improves on past mistakes. This starts with understanding the ways in which local, regional, and global dynamics both create and sustain instability. Recognizing the role that fragile states play in both creating and solving the challenge of extremism should lead American support beyond the flawed belief that armed force alone can solve security challenges. The CCL construct offers a pathway that focuses on a wide-ranging response that includes the necessity of assisting local authorities contain the spread of violent extremism. It also understands that, to be effective, military assistance must not diminish the political will of local governments to reestablish social cohesion.

Photo: A Nigerian soldier patrols in the town of Banki in northeastern Nigeria on April 26, 2017. Banki has been totally destroyed during battles between the Nigerian army and Boko Haram insurgents. FLORIAN PLAUCHEUR/AFP/Getty Images