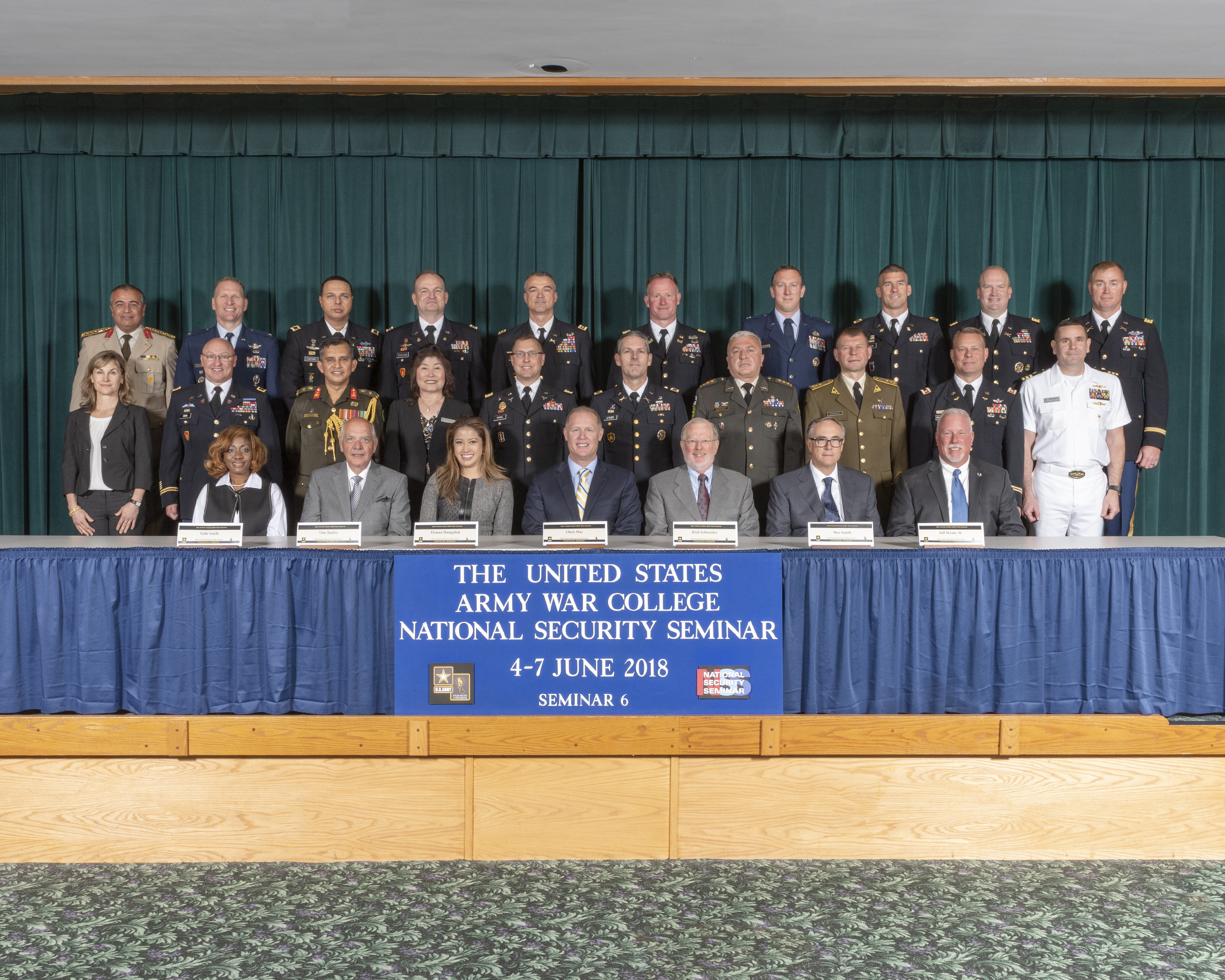 [The Harold K. Johnson Chair] is an effort to bring civilians into the military in order to chip away at the gap that exists … between the civilian world and the military

As a follow-up to her WAR ROOM article on professional military education, former Harold K. Johnson Chair of Military History Dr. Jennifer Mittelstadt reflects on her one-year tour at the U.S. Army War College. As a lifelong civilian with no experience serving in the military, she noted many cultural differences that highlight a growing gap between military members and civilians in their approaches to education, work, and life. Many service members may take for granted the way things are done on and off post, but others may find them very challenging. She is joined by WAR ROOM Podcast Editor Jacqueline E. Whitt, also a military historian who is not a former service member.

Photo: Official photo of Seminar 6 of the U.S. Army War College resident class during the annual National Security Seminar, held 4-7 June 2018. Seated in the front row are guests of the War College. Dr. Mittelstadt appears at far left of the second row.

Note: The National Security Seminar is a four-day event that creates an environment for Army War College students and invited guests to examine current national security issues and exchange candid dialogue. NSS takes place during the first full week of June, immediately preceding resident class graduation, and serves as a capstone event that enhances student learning through exposure to a cross-section of American perspectives.