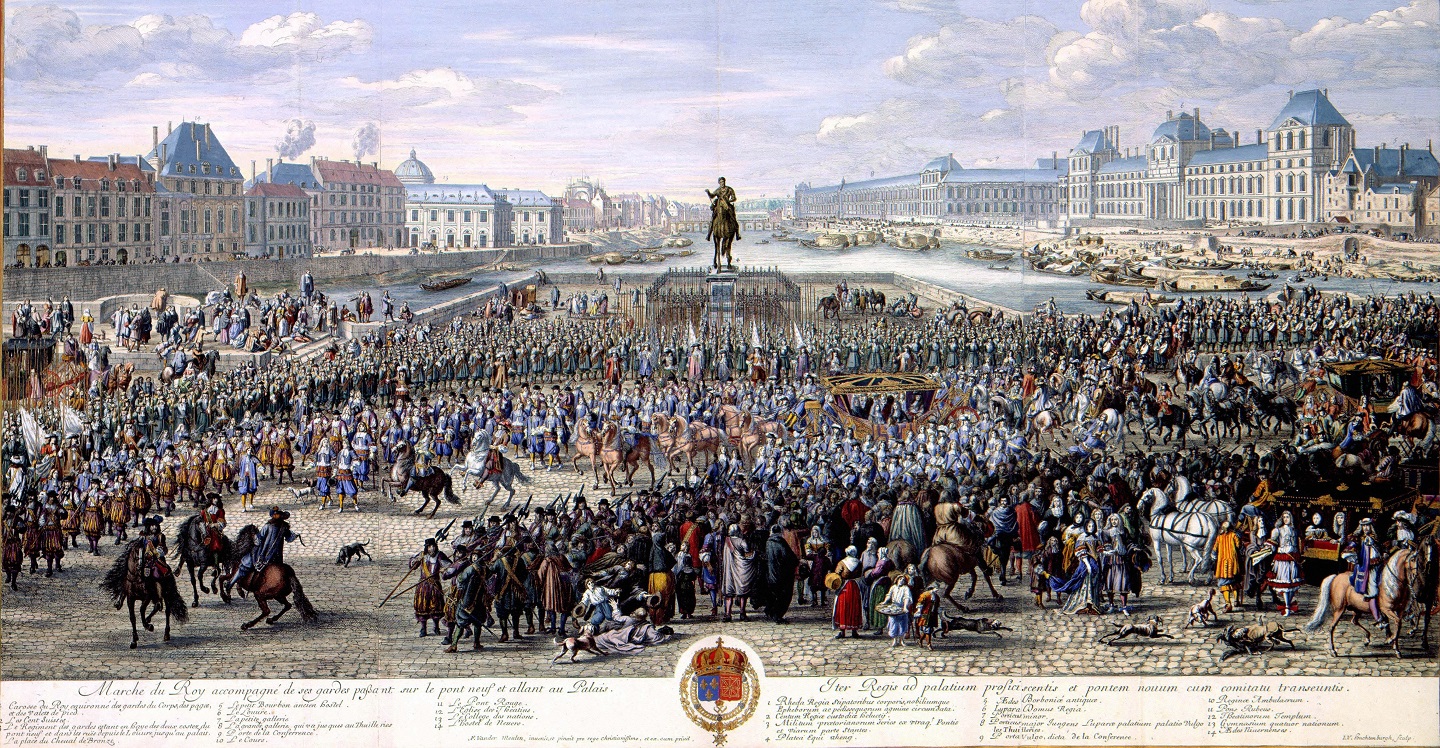 The historical profession in the mid-twentieth-century decisively shifted its focus to social and cultural frameworks, which seemingly did not fit with military history and its main interests in politics, organizations, and institutions.

André Corvisier was among the first military historians to open the field to social and cultural history. A pioneer of quantitative and statistical analysis with his 1964 book on L’Armée française de la fin du XVIIe siècle au ministère de Choiseul: Le soldat (Engl.: The French Army from the End of the Seventeenth Century to the Ministry of Choiseul: The Soldier) he should indeed be widely read today. Some in the Anglo-American world, however, might be less familiar with his research and writing because much of his groundbreaking work on French armies and warfare of the ancien régime has not been translated into English. Nevertheless, he certainly deserves more than one spot on all of our Dusty Shelves.

Born in 1918 in Chartres, France, Corvisier taught for many years at the Lycée Henri IV in Paris before becoming a professor at the University of Paris-Sorbonne. When he published L’Armée française, military history had already been pushed to the margins at colleges and universities, a trend that only accelerated during the Vietnam era. The historical profession in the mid-twentieth-century decisively shifted its focus to social and cultural frameworks, which seemingly did not fit with military history and its main interests in politics, organizations, and institutions.  It did not help that contemporary military historians often defined their subject narrowly and mostly presented only histories of great soldiers during campaigns and in battle.

Since these days of old drum-and-bugle accounts, military history has evolved markedly. It is a vibrant field – and André Corvisier played no small part in this change. The field today is dominated by what was initially known as the “New Military History,” now simply described as the history of war and society. Its practitioners, beginning with Corvisier and a few others in the 1960s and 1970s, focus on the “nexus between armies and the societies that spawn them.” Military historians from this school study soldiers not just while at war but also ask about recruitment, the social composition of armies, civil-military relations, race, class, gender, nutrition, daily life of soldiers, or the relationship between army, state, garrison, and city.  As Peter Paret once stated, the study of war and society has broadened the field’s methodological approaches and expanded “the subject of military history from specifics of military organization and action to their widest implications.”

An obituary for André Corvisier after his death in 2014 summarized succinctly that while many military historians only studied “Des grandes figures historiques” (Engl.: great historical figures) Corvisier was interested in “La vie quotidienne des militaires” (Engl.: the daily life of soldiers). Corvisier’s work forced military historians to understand early modern European armies not merely as assemblies of male fighters but as sociétés militaires (Engl.: military societies), which included civilians and women, and which were closely linked to surrounding communities.

Only two of Corvisier’s thirty books were translated into English: Armées et sociétés en Europe de 1494 à 1789, originally published in French in 1976 and translated in 1979, and Dictionnaire d’art et d’histoire militaires, originally published in French in 1988 and translated and expanded (together with John Childs) in 1994. Beyond historiographic insights into the origins of the history of war and society, Corvisier’s publications tells us about the individual in early modern society in relationship to the military, the state, and non-military society. Other contemporary military historians usually concentrated on institutions when researching the links between the military and larger society. It is impossible to walk readers through the entirety of Corvisier’s œuvre in this brief essay. Instead, a few examples from his classic 1964 study and the two translated volumes will hopefully suffice to reawaken interest in the research and writings of this historian.

L’Armée française is not a study of tactics, strategy, or diplomacy, let alone a history of battles and great leaders of the French armies under Louis XIV and Louis XV. Rather, Corvisier extensively used primary sources scarcely touched and studied before, the contrôles de troupes (Engl.: muster rolls or registers; record-sheets for each of the roughly 2 million French soldiers who served between 1701 and 1763), to examine the social composition of the French army in detail. As he stated in the introduction to this ground-breaking statistical analysis, “These reporting registers [the contrôles de troupes or muster rolls], which do not exist for other parts of [French] society, were key for researching the composition of the army.”

With this book, the previously faceless French common soldiers of the eighteenth century were no longer faceless. Corvisier gave astonishing details on recruitment, furloughs, desertions, garrisons, sick leaves, length of service, geographical origins, financial and social background, age, discipline, and religion. He showed that the French army professionalized markedly over the course of the eighteenth century. Napoleon could then use this professional army for his stunning conquests. During the Spanish War of Succession (1701 – 1741), Corvisier explained, intense recruitment campaigns had brought the royal French army close to the rest of society and had already turned it into the French nation’s army.

One of his key findings is that military service in Europe during this period became an individual obligation. Before, military service was a collective responsibility among, say, cities, regions, or estates.

In Armées et sociétés en Europe de 1494 à 1789, Corvisier took a Europe-wide perspective and studied war, society, and the state in the early modern era. It is a short book (244 pages) and makes for excellent reading for students of early modern warfare and society, especially when paired with another classic, Michael Howard’s War in European History (1976). At heart, Corvisier again reminds us in this study that military events do not just include battles but also recruitment and social composition, planning and supply, training and discipline, morale and the mentality of soldiers.

In the first part of the book, Corvisier examines the relationship between the nation and its army. Part two explores the relationship between the state and its army. The last part describes the development of military societies in early modern Europe. One of his key findings is that military service in Europe during this period became an individual obligation. Before, military service was a collective responsibility among, say, cities, regions, or estates. Corvisier also shows that weapons were indeed widely spread among the population and that a military mentality permeated early modern European society, long before the nineteenth century and the era of nationalism. States – that is, the sovereigns who ruled early modern states – wanted to create permanent armies to increase their power and exert more control over their subjects and other territories. To do so, however, sovereigns had to overcome the resistance of an aristocracy who did not want to give up using arms and violence for their own goals. A French king, or a German duke, had to create a degree of uniformity for their armies out of the various social structures and cultural norms that existed in the different regions which made up their lands. In this period, Corvisier stresses, the European nobility became a “service nobility” who largely staffed the officer corps in the new armies – in exchange for giving up arms and violence for their own goals. In other words, Corvisier shows, similar to Michael Roberts or Geoffrey Parker, that the early modern European state was indeed built to conduct warfare. Its focus was to establish, recruit, maintain, and enlarge armies and conduct successful operations. State-building and increasingly frequent war-making in this era were closely linked.

Corvisier also outlines what would become a key concept for students of early modern European military history. He argues that professionalization and the ever-increasing size of armies in this period created a military society that was located within but also isolated from the wider society in a state. This military society had its own laws and hierarchies. Key members were the officers at the top and the common soldiers at the bottom. But it also included civilians of both genders and allowed for frequent movements in and out. Corvisier highlighted for France that by the end of the reign of Louis XIV about one-sixth of all male Frenchmen had served in a military unit of some sort. It had become difficult to distinguish between military and civilian worlds. Officers, for example, were not formally enrolled and tended to their estates for long periods while also running their army units. Common soldiers were often furloughed for long stretches until campaign season came in the summer. Mercenaries frequently drifted in and out of the army and the army itself was largely supplied and organized by civilian administrators.

Many of the themes from these two major studies appear again in Corvisier’s Dictionnaire d’art et d’histoire militaires. But he also wanted to do more with this encyclopedia. He wanted to reintroduce military history to a wider academic and popular audience. Over 150 articles explain warfare in all its complexity and make this volume a useful tool for any practitioner in the field. Broad themes dealing with strategy, tactics, armaments, the laws of war, recruitment, medical service, logistics, and arsenals are covered, as are key individuals such as Francisco de Vitoria, Hugo Grotius, Henri Dunant, J. F. C. Fuller, Ulysses S. Grant, or B. H. Liddell Hart. In his Dictionaire, unlike in many of his other publications, Corvisier also included a number of articles on key battles. The English edition, expanded and edited by John Childs, furthermore offers entries on the Persian Gulf War.

Already in 1981, Douglas Porch, reviewing Corvisier’s  Armies and Societies in Europe, called upon military historians to “please cease to apologize for their subject.” Re-reading this late French historian’s work, even if one picks up only the two works translated into English, makes clear that warfare was and is a tremendously complex affair, involving all parts of society. Soldiers, the military, and warfare are decisive actors in society. When writing the history of the modern state, the centrality of soldiers, the military, and warfare becomes apparent at every turn. André Corvisier’s research and writings allow us to understand how military events in the broadest sense of the phrase shaped French, European, and world history, not only during the ancien régime but to this very day and into the future.