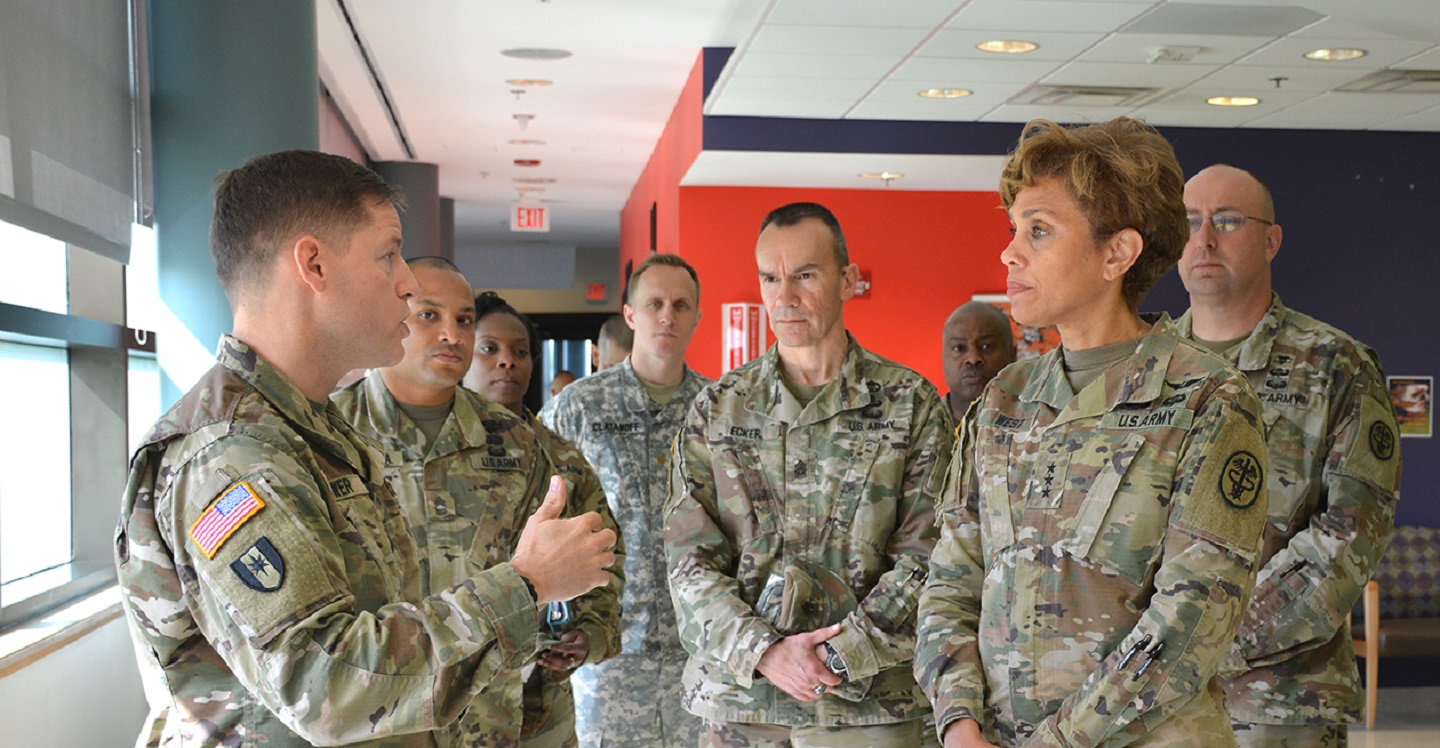 For today and tomorrow, I think it can remind us of one tool that’s been tried for some bootstrap professional development, and also make us think about how all officers need to balance deep domain knowledge and broader military knowledge.

In 1921, Surgeon General Merritte Ireland needed to reorient his doctors.  He felt they were focusing too much on being good doctors and too little on being good Army officers. So, he published a short article called “Keeping Abreast of the Times: Specialization – Generalization,” in an obscure Medical Department publication, as guidance on what he, and the Army, needed. He knew what he was talking about. Ireland had been Surgeon General for over two years and in the Army for thirty-one. His service as Chief Surgeon of the American Expeditionary Forces had earned him General John Pershing’s trust, and he set about overhauling the Army Medical Department for future war—identifying supplies, facilities, knowledge, and professional military education as key to the effort. I found this article as part of some research on how the Medical Department passed on information internally, but Ireland’s observations and recommendations are about so much more than developing doctors and officers in the 1920s  For today and tomorrow, I think it can remind us of one tool that’s been tried for some bootstrap professional development, and also make us think about how all officers need to balance deep domain knowledge and broader military knowledge.

After World War I, America demobilized most of its military. The Army returned to many small posts around the United States, the Panama Canal Zone, and in the Philippine Islands. There was not a single division at full strength. Congress had considered Universal Military Training, and soundly rejected it, returning to a small peacetime force that would be the cadre for wartime expansion. The recent war had also introduced many new technologies that would need evaluation, development, and integration into the force. Thus, the Regular Army officers would have slow promotion, would have do their day job but prepare to think about problems several ranks higher than what was on their shoulder, and some would need to become technical experts. Yet the bulk of the officer corps would be generalists.  Meanwhile, there were examinations for promotion, with officers having to prove proficiency in branch-specific examinations.  How officers would balance those pressures, and their own interests and goals, was up to them.

The Medical Department had these pressures, in spades.  The department was as scattered as the Army, although there were six general hospitals, roughly equivalent to today’s medical centers.  They needed some specialist physicians for the general hospitals, but most of the rest of the Medical Corps needed to be generalists, “country doctors” who could do it all because they were the only doctor around.  Medicine was also increasing in specialization, with one specialty “Board” (ophthalmology, since 1914) but doctors wanted the higher prestige and remuneration of specialization, and numerous Boards would form in the 1920s and 1930s.  The Medical Department had to balance the growing depth of clinical knowledge and increasing specialization among American physicians with the Army’s need for generalists and find a balance between specialists to provide high-quality care to soldiers and while providing enough generalists to cover all posts.  And the officers in the Medical Corps had to be professional officers, not just professional physicians in uniform, so they had to master their portion of Army topics for those promotion exams.  The department had to recruit and retain officers who accepted (if not welcomed) slow promotion, limited chances to deepen their clinical skills, and moving to another remote garrison every few years.  Senior officers would typically be professionals who believed in serving their country, not outstanding clinicians.

The result of these pressures was this call for medical officers to study both Army developments and medical developments: there was no shortcut to being a good medical officer. Surgeon General Ireland had nothing easy to offer these men (Army Regulations kept women out of the Medical Corps until 1943) and did not sugar-coat it: you cannot be an Army professional if you do not study what the Army is doing, and you have to study medicine to be a good physician.  The answer wasn’t one or the other, it was both.

The department had to recruit and retain officers who accepted (if not welcomed) slow promotion, limited chances to deepen their clinical skills, and moving to another remote garrison every few years.

Wary about making huge department-wide reforms to address the problem, Ireland decided instead argued that “the remedy must remain a local matter.” He called on commanding officers throughout the department to arrange for informal meetings among officers, held as often as three times a week, during which they would engage in “an exchange of ideas and discussion of current professional and administrative matters.”  The meetings might be informal, but the approach was not to be. The officers were to be “properly directed and deal in a systematic manner with the subject under consideration.”  While Ireland was dealing with a specific Medical Department problem, his proposed solution has resonance with the rest of the force as a consistent way of developing officers.  For one thing, the informal meetings were analogous to the military lyceums that General John M. Schofield, Commanding General of the Army, had started in 1891.  Ireland and many of the other senior leaders in the Army in the 1920s had participated in those lyceums in their formative years.  Bringing the idea to the present, the meetings engaged what the Army now recognizes as the self-development domain of leader development.  Then, as now, being a good officer is not just a 9-5 job.

Ireland retired as Surgeon General in 1931, but he had set the course for the Medical Department into World War II. He envisioned the Regulars as the cadre around which the future Army would expand.  Thus, they needed to focus on Army professionalism, while reserve and National Guard physicians would perform most of the patient care and could specialize as clinicians. Even though the Army had several large general hospitals in the 1930s, the physicians of the Regular Army were indeed less likely than their civilian counterparts to be members of a specialty medical board. In World War II, there was substantial friction between those Regular Army physicians who were promoted to command positions because they understood how to do things in the Army, and the more advanced clinicians who thought their skills should be rewarded with rank and resented medical units being commanded by ‘second rate’ physicians.

Major General Norman Kirk (Surgeon General 1943-47) reoriented the Army Medical Department to provide both board training for Regular Army physicians and require them to attend Army schools for military professional development.  Kirk’s restructuring worked for decades, not necessarily because it was brilliant but because the Korean War brought a doctor draft. Regular Army doctors were those who were motivated for a service career, and there were plenty of leadership positions for them in fixed facilities and field units. Draftee doctors provided the bulk of clinical care, and in their two-year obligation need not think about military professionalism. When the draft ended, problems arose because all doctors were now expected to do what only the regular Army ones had previously been – be clinically and militarily proficient. The Army’s need for doctors led to many doctors in the Army, rather than Army doctors.

The Army still expects officers to master their specialty early in their career, and as technology influences more and more of what the Army does, the time to broaden as a military professional seems to dwindle. This is especially obvious for branches with direct accessions such as medicine and cyber, but no branch or functional area is immune: depth of specialty expertise is a competitor for breadth of understanding of the Army, warfare, and national security.  Formal professional military education is necessary, but there is a role for the sort of self-development that Ireland sketched out – and perhaps the lyceums that it hearkened back to.

You can also access a PDF version of the memorandum here.

Dr. Sanders Marble is the Senior Historian at the Army Medical Department Center of History & Heritage. The views expressed in this article are those of the author and do not necessarily reflect those of the U.S. Army War College, U.S. Army, or Department of Defense.