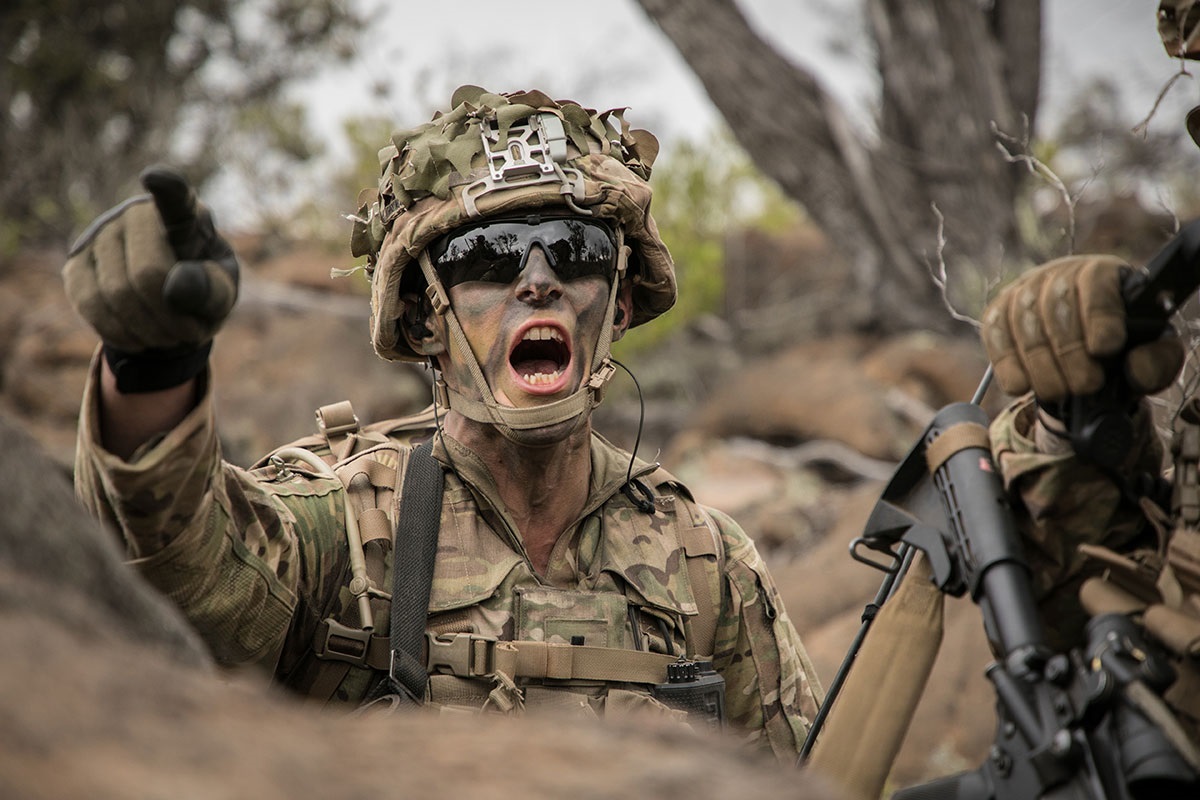 In the face of so much change in the private sector, continued adherence to formal structures in the military seems old-fashioned.

Without a doubt, the chain of command is one of the most durable concepts in military organizations. From Roman times until present, the chain of command fixed formal authorities and accountability from the highest leader to the front line soldier. It made the generation, issuing, and following of orders simple despite the vastness of formations being put to battle. The chain also formalized the separation of officers and soldiers into different castes. As societies industrialized, formal chains of command were instituted in bureaucracy which would become the leading model of organization in the civilian sector.

But times are changing, and the civilian sector has been moving away from traditional bureaucracies because they can be too rigid in the face of information age challenges. From “flattening” organizations in the late 20th century to today’s algorithmic management, modern control and coordination structures are flexible and more responsive. From Google to Uber, dynamic organizational structures have proven very successful in meeting customer needs.

What about the military? With so much change in the private sector, continued adherence to formal structures in the military seems old-fashioned. On current and future battlefields, Strategic Corporals exercise leadership; cyber warfare, artificial intelligence, and robotics are standard features; urban environments are the probable settings; and war will be cross-domain, high-speed, and complex. The military has already evolved much of its norms and practices away from the linear chain into greater reliance on centers and working groups, vestiges of flatter structures. But how far should this go?  Is the linear chain truly no longer relevant? These are the subjects of this essay.

A criticism of the linear chain is the degree to which it favors positional power, which combines legitimate (based on vested authorities), coercive (based on fear and sanction), and referent (based on something drawn from the organization, such as one’s rank) power. The reliance on positional power is straightforward. Soldiers needed orders from powerful commanders capable of convincing soldiers to advance in battle. Other benefits include timeliness of decisions and clearly fixed responsibilities – such as the operating assumption that commanders are responsible for all that happens within their units. Also, many specialists rely on referent power, such as military police who, despite typically lower rank, command great authority by virtue of their specialized roles in the military judicial system.

As an organizing construct, linear chains can be costly. One cost is the introduction of single points of failure, where a communication breakdown can bring along a domino effect as a mistake propagates across a large formation. Another is the risk of coercive power becoming dominant, in which leaders show lessened respect or consideration of the views of subordinates. The result is a poor command climate. But not all costs are associated with human error. An important cultural artifact of positional power – that of the officer-enlisted divide – deserves renewed scrutiny.

Three distinct classes exist in the U.S. armed forces: officer, enlisted, and warrant officer (although the Air Force no longer has warrant officers). The formal chain of command reinforces the distinction by setting qualitatively different entry-level requirements, such as education and conferring greater social status to officers as was done in the British system. This has been criticized as promoting an “aristocracy” that has no place in modern militaries, as well as the cultural divide that separates officers from enlisted persists.

In practice, military organizations routinely work around this artificial divide. Within each class hierarchy, the military has unspoken rules or conventions that define and often erase the distinctions of pay grade. When a soldier becomes a First Sergeant, Sergeant Major, or Command Sergeant Major, he or she often takes on the authority (the echelon) of the Commanding Officer and thus has commensurate authority, beyond the pay grade. In many headquarters, commanders assign high social status to their senior enlisted leaders such that they sit well above where ordinary protocol would place them (fondly called “echelons above”).

The linear chain had its day when unity of command across a wide front necessitated a clear, unambiguous line of communication from top to bottom.

In the twenty-first century, modern tools, technologies, and ways of organizing and interconnecting have brought new challenges to the ideas of a strictly vertical chain of command.  After watching a World War II movie, the first author’s young daughter asked, “Who is in charge?  The Sergeants or the Generals?”  This simple question had no easy answer even in World War II, but the military culture has clung to the fiction of supreme power vested at the top. Leaders lead; followers follow. Go to any headquarters and one can find on display the chain of command in a series of official photographs starting with the President and down the line to the local commander, with the NCO chain of support often depicted nearby. In reality, the power equation is evolving and situational.

Civilian organizations have found constructs of shared leadership attractive. For example, instead of one CEO, why not two or more co-CEOs? In complex organizations, it may be best to bring together two or more people with complementary skill sets to run the organization, rather than rely on a single individual. A number of major businesses are following this trend.

Or what about a “CEO of the month”? Consider the following analogy. Canada Geese usually fly in a wing formation with the lead goose taking the point position while the other members of the flock honk encouragement. After bucking head winds for a time, the lead goose fades back into the formation and another goose takes the lead. This idea of rotating leadership goes back to the ancient Romans who recognized the stress that being in leadership positions can have on individuals.

The idea of shared leadership has been around a long time, but its recent increase in popularity may be because of the greater resiliency, flexibility, and responsiveness required in today’s dynamic competitive  environments. However, when decisions need to be vetted by the full team of leaders, shared leadership actually adds to the leadership burden. Therefore, shared leadership is more likely to succeed when the organizing construct leverages personal power that combines expert (based on knowledge), information (based on situational awareness and observation), and charismatic (based on capacity to influence) forms of power. Personal power has always been very important for finding workarounds, negotiating solutions to complex problems, and pursuing change. Those who wield it, like Sergeant York and Major Oliver North make big differences.

How Would it Work?

Famed management scholar Chester Barnard showed that the authority expressed in a military organization exists only if accepted and enacted by the service members, especially non-commissioned officers. In this way, introducing constructs of shared leadership can work when it is understood and expected by the troops. No physical or structural barrier precludes moving to a shared leadership construct; rather barriers are cultural. Some organizations already embrace forms of shared leadership, such as in combat support organizations where senior military officer directors are paired with a civilian deputy who confers continuity and special expertise. Or, the civilian may lead as Director and the military officer is the deputy to ensure the organization remains sufficiently tied to the military mission. In such cases, clear terms of reference divide responsibilities. Similarly, other organizations would need to draft terms of reference to ensure clarity of authorities and responsibilities in the minds of the organization’s members.

Rotating leadership is presently done in training environments where cadets or trainees take turns leading to gain experience and confidence. Can this carry over to others environments, such as peacetime, where rotating leadership can build the needed confidence for independent distributed action in a future battlefield? The benefits would be many – organizations would be more resilient against the loss of leaders in combat.

The linear chain had its day when unity of command across a wide front necessitated a clear, unambiguous line of communication from top to bottom. The movement to Mission Command was a first step in a new direction; scrutinizing the stranglehold we have on the chain of command as primary organizing construct is the logical next step. Like the Canada Geese, leaders need to know when to lead, when to follow, and when to honk encouragement. The restrictive channels we currently rely on make it difficult for leaders to do just that. If the U.S. military is to excel in complex, dynamic environments, it has to be willing to call into question everything it takes for granted – even if it something so entrenched in military culture as the chain of command.