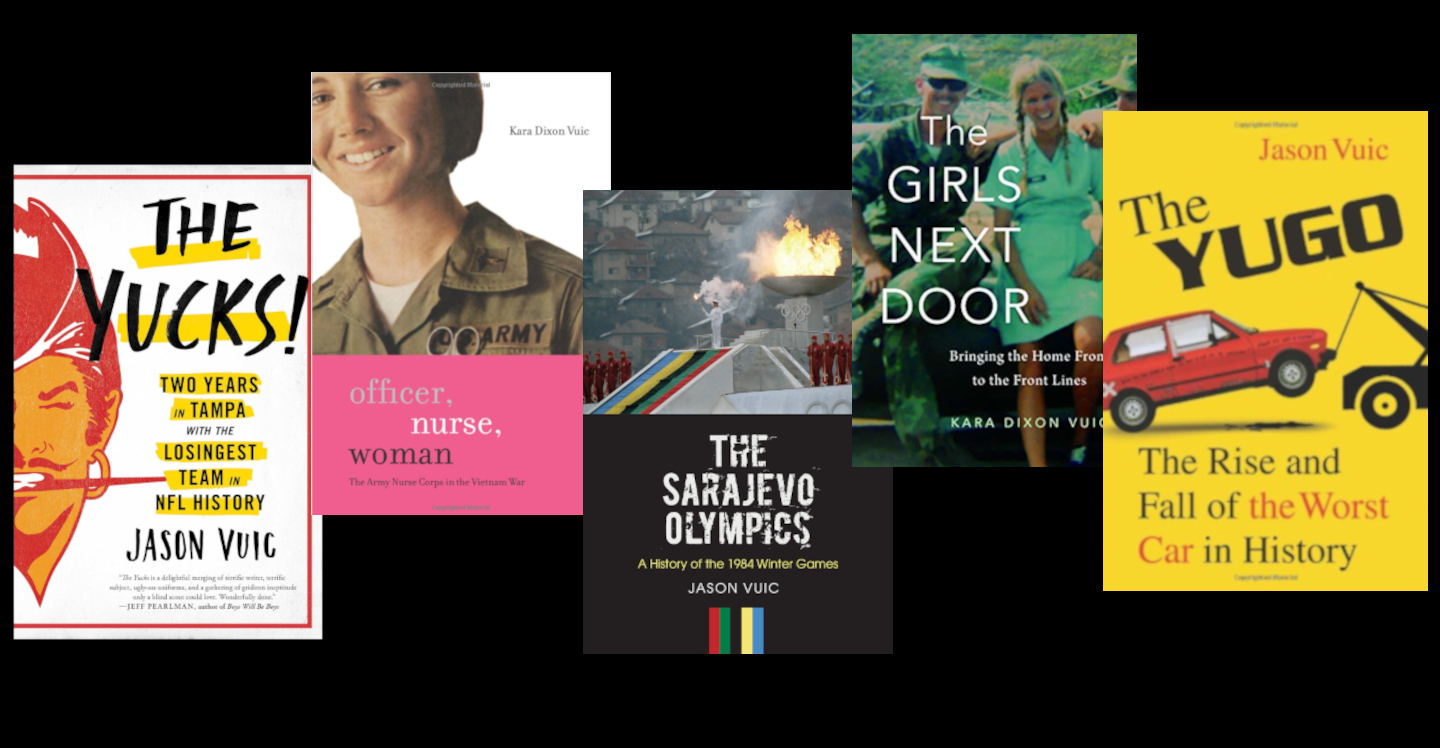 It’s a two-for-one on A BETTER PEACE this week. Kara Dixon Vuic and Jason Vuic join Michael Neiberg in the studio for our ongoing ON WRITING series. Kara and Jason share their varied approaches to writing and discuss what literary collaboration looks like in their house. Two very different authors that write on different topics discuss their takes on research, their writing styles and reading each other’s drafts.

Well, we also have very different writing styles, right? I can write 100,000 drafts…When Jason sits down to write, the period does not go at the end of the sentence until it is done.

Kara Dixon Vuic is the Lance Corporal Benjamin W. Schmidt Professor of War, Conflict, and Society in 20th-Century America at Texas Christian University. Jason Vuic is an independent scholar and freelance writer. He holds a PhD in Balkan and Eastern European history from Indiana University. They happen to be married to each other. Michael Neiberg is the Chair of War Studies at the U.S. Army War College. The views expressed in this presentation are those of the speakers and do not necessarily reflect those of the U.S. Army War College, U.S. Army, or Department of Defense.